Forecasting for peace in sub-Saharan Africa 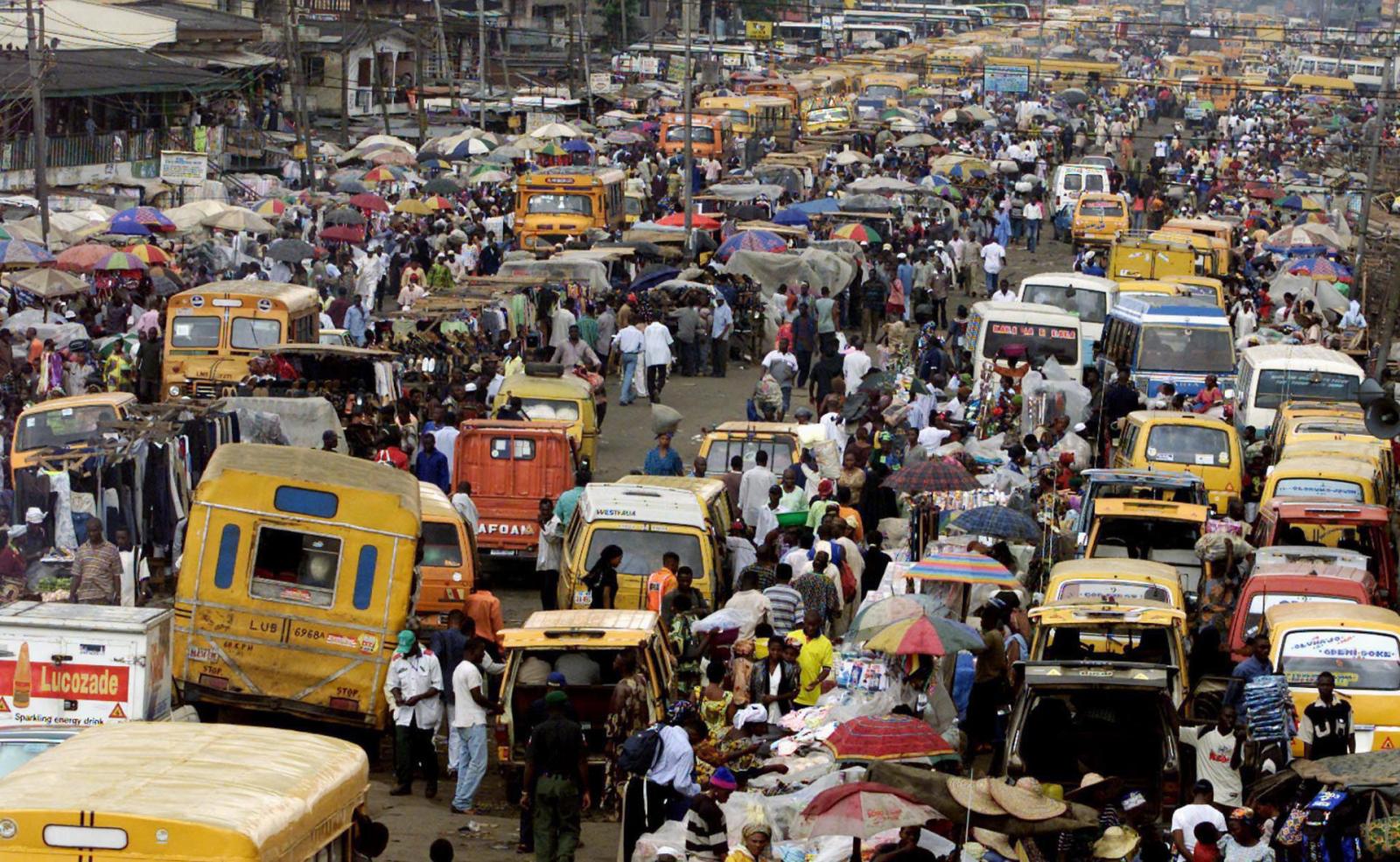 Modelling the risk of political instability can identify opportunities for investing in development and peace. By Julia Bello-Schünemann and Jonathan D Moyer

Sub-Saharan Africa has made important peace and security gains over the past two decades. Large-scale political violence has declined and fewer people are dying in wars. But other forms of political violence have increased, and the region’s future will still be turbulent.

Some countries are more at risk of instability and violent conflict, each with their own unique set of pressures and potential paths to instability. For example, entirely different factors drive the civil war in South Sudan, election violence in Kenya, the farmer-herder conflict in Nigeria’s Middle Belt, and armed conflict in the eastern Democratic Republic of the Congo (DRC).

Understanding these trajectories is key to successful conflict prevention, peacebuilding efforts and long-term development. The ISS report was written with the Frederick S Pardee Centre for International Futures at the University of Denver as part of the Political Settlements Research Programme. 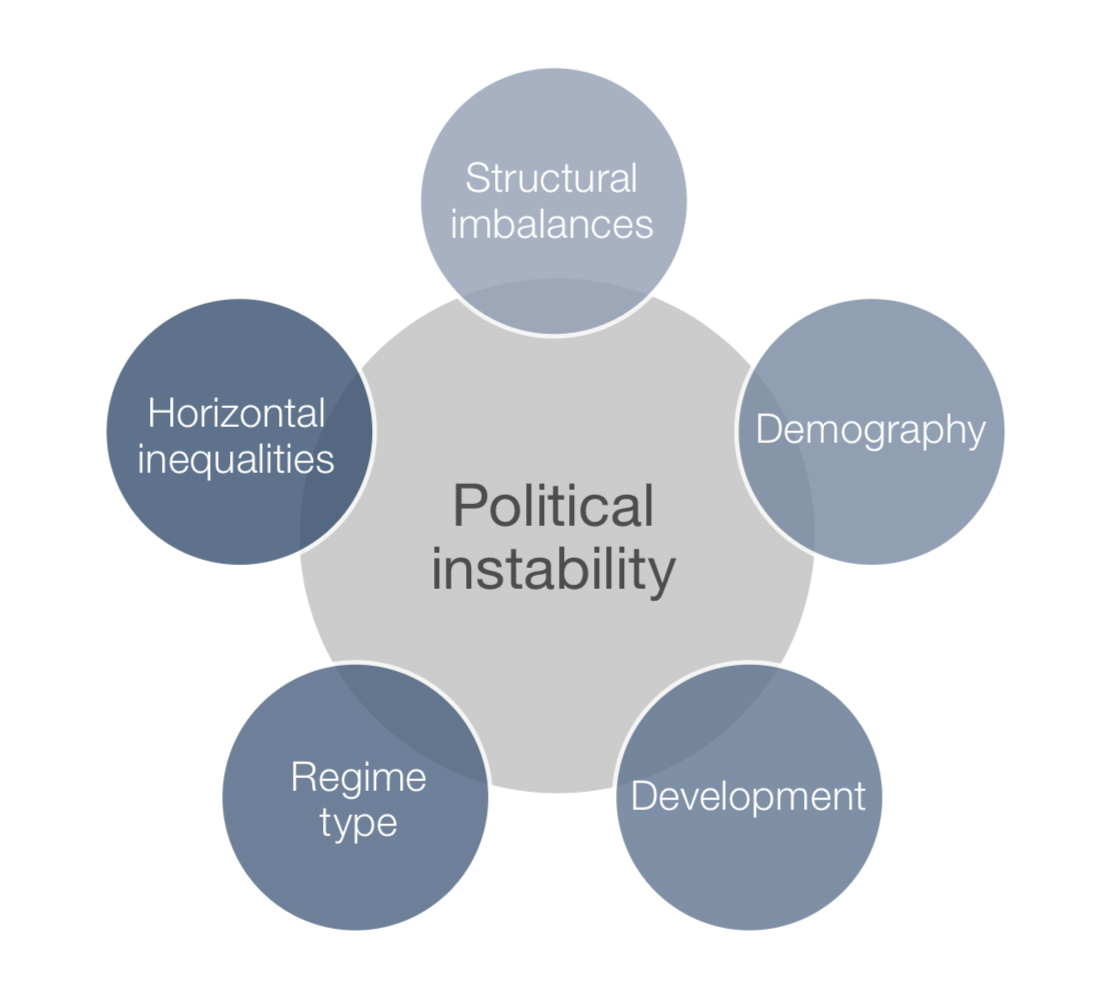 The findings of the ISS research yield both optimism and uncertainty. Overall, sub-Saharan Africa’s vulnerability to political instability has declined since the mid-1970s. The region’s current age structure does not promote stability, but Figure 2 shows that demographic risk has been reducing steadily and will decrease further to 2040.

The risk from low levels of development – a proxy for low state capacity and legitimacy – has also eased and is projected to reduce more as the region improves its socio-economic performance.

On the other hand, inequalities and state-led discrimination across groups are likely to continue to fuel grievances and instability. This is connected to the greatest challenge to future stability across sub-Saharan Africa – regimes that are neither fully autocratic nor fully democratic, but somewhere in between. Most countries in sub-Saharan Africa fall into this category of mixed regime type.

The countries that face the greatest demographic risk to 2040 overlap significantly with those where most people died during 2000-16 from political violence – Sudan, Nigeria, the DRC, Somalia, South Sudan and the Central African Republic (CAR).

Nigeria faces the greatest risk from demographic pressures because of its large and rapidly growing young population. And its high infant mortality rate testifies to a history of governance that has systematically failed to provide basic services.

Larger populations often provide more opportunities for clashes between different regional or ethnic groups. They are also more difficult for states to control, and opposition groups can more easily mobilise and recruit supporters. Rapidly growing populations increase competition over land and other resources.

Lastly, youthful populations are more prone to violent conflict than older populations. This risk multiplies when young people are marginalised and lack opportunities due to poor policy making and failing economic development.

Extreme poverty will remain a key characteristic of sub-Saharan Africa with more than a third of the region’s population expected to survive on less than $1.90 per person per day in 2040. Generally, countries with low levels of GDP per capita, slow GDP per capita growth and low life expectancy are more prone to instability.

South Sudan, CAR, Somalia and Burundi face the highest current and future risk for instability associated with poor development. Southern Africa will remain the region least vulnerable to this type of pressure, while West Africa faces the greatest risk.

Building on the research on regime type and political instability from the Polity IV project, IFs forecasts that Angola, Burundi, Cameroon, Chad, Republic of the Congo, and Ethiopia are facing particularly high pressure due to their mixed regime type. According to Jack Goldstone et al, mixed regime types are much more unstable than either democracies or autocracies and are particularly vulnerable to regime change.

Stability in autocracies often comes at the price of repression or co-optation of opposition forces while democracies rely on political inclusion to mediate diverging interests and societal grievances. Mixed regimes are less effective in both respects.

At the same time, poor democracies such as Malawi could be more unstable than any type of autocratic regime. Imbalances can also arise when relatively democratic countries have large youth bulges, such as Kenya. In most Southern African countries, relatively high levels of GDP per capita are at odds with low life expectancy.

The analysis points to the composite character of instability and the complexity of systems in which similar drivers can impact risk in different ways. In the face of such complexity, policymakers benefit from a multi-dimensional and dynamic understanding of risk. Modelling and forecasting can help identify opportunities for investment in development and peace. DM