After shooting tragedy, security gets attention while demoralising environment simmers on sidelines 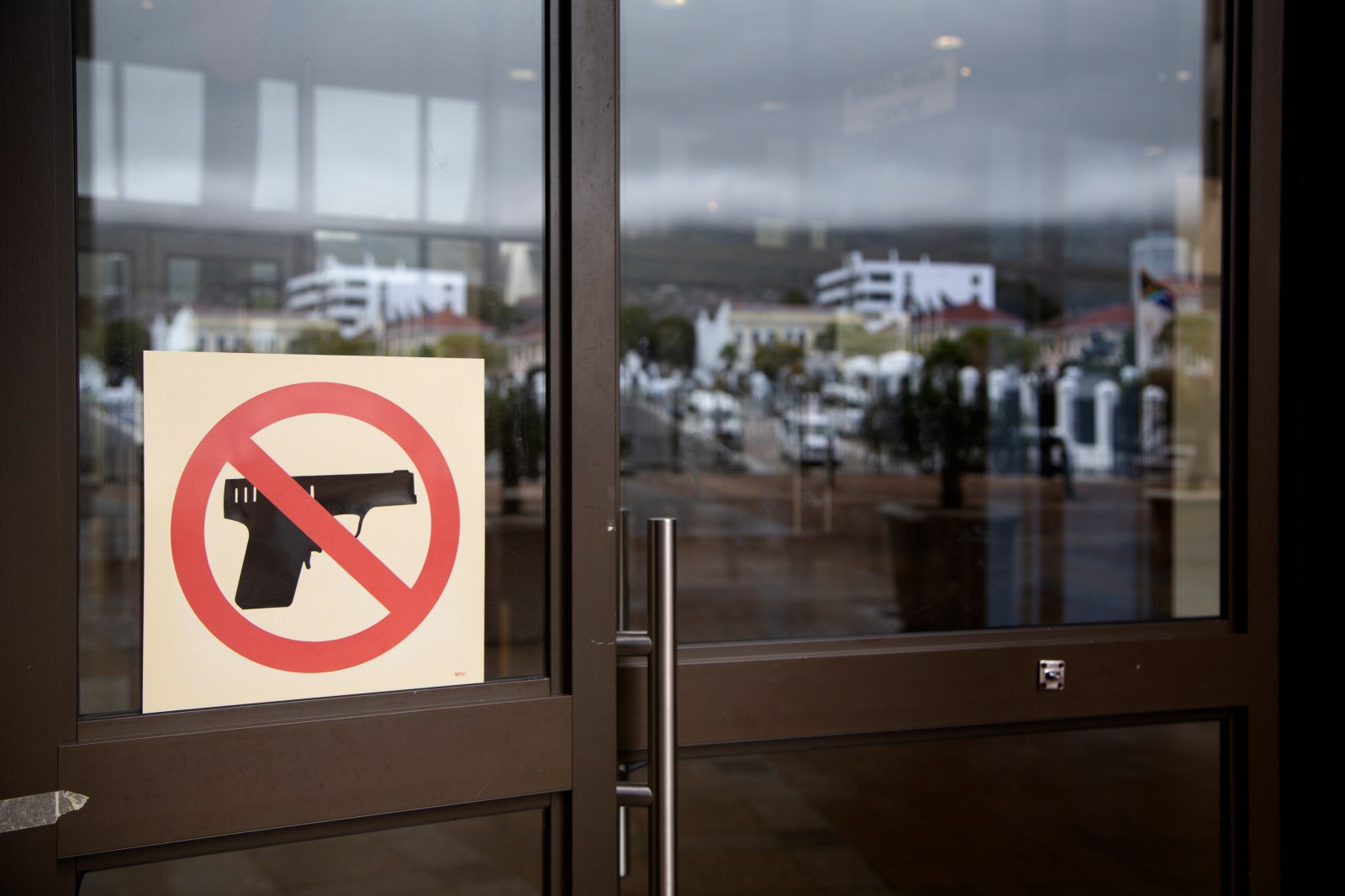 Inquiries about security are under way after a parliamentary manager Lennox Garane took his life - by shooting himself - in his office at parliament on Friday 14 September 2018. Photo: Leila Dougan

In the aftermath of the 14 September suicide of parliamentary manager Lennox Garane, the institution has announced an inquiry into the circumstances that led Garane to take his life at work. But despite the fact that Garane and his family have made it clear that his was a “protest suicide”, Parliament continues to refuse to engage with what it calls “damaging statements” around Garane’s death – while the official focus remains on the security breach that enabled him to bring a gun on to the precinct.

When middle manager Lennox Garane entered his workplace at Parliament on 14 September, he appeared “despondent”, and remarked to his colleagues that he wished to “say farewell”.

In response, a member of Parliament’s health and wellness team was summoned to talk to Garane. That individual decided that the best course of action was to call an ambulance for him – but when Garane was left alone in his office, he locked the door and took his own life with a firearm he had carried into work in his bag.

These details were given to Parliament on Wednesday by Major-General Leon Rabie of the police, as part of a briefing to the police and public works committees on the security breach that enabled Garane to bring a gun on to the parliamentary precinct.

“Our focus today will be on the security measures,” police committee chair Francois Beukman instructed MPs at the start of the meeting.

He explained that a separate “parliamentary investigation” would be carried out into the workplace circumstances that led Garane to what the middle manager specifically termed a “protest suicide”.

A statement on Wednesday from Parliament had announced such an investigation, stating that “the parliamentary inquiry will create an open platform for all affected people to present evidence”.

As yet, however, there have been no further details forthcoming as to when such an inquiry will begin, its format, or – crucially – who will preside over it. Parliamentary spokesperson Moloto Mothapo told Daily Maverick that no arrangements have yet been made.

“If they say they’ll have an inquiry, I’ll be the first to put my hand up [to testify],” says Nomsa*, a former middle manager at Parliament who spoke to Daily Maverick on condition of anonymity.

“But I will only do it if it is 100% independent, because otherwise I don’t trust that anything will happen.”

Nomsa is one of a number of former Parliament employees who say that they can relate to the experiences that Garane described in his suicide note, and which were elaborated upon by Garane’s son Sithembiso at the speech he gave at his father’s funeral in the Eastern Cape last weekend.

Parliament has said that it will not be engaging with the “damaging statements” and “untested allegations” emanating from the Garane family – yet it is already clear that some elements of Garane’s workplace experience were not isolated.

It is alleged that Garane suffered bullying at the hands of a senior employee, and that he exhausted all internal avenues without success in his attempt to resolve the dispute.

This latter aspect was confirmed by the DA on Wednesday. Deputy chief whip Mike Waters said in a statement that the party was in possession of a document sent by Garane to the committee dealing with Parliament’s financial management in which Garane detailed all the steps he had taken to raise his concerns about his working conditions.

“We are left with more questions than answers, and a truly independent and transparent investigation is required,” Waters said.

When Nomsa read the suicide note left by Garane, she says: “I could relate to so much in there – but he was so diligent in following up with complaints, and I didn’t even take it that far.”

To submit a grievance against a superior at Parliament, claims Nomsa, is “the beginning of the end for you”.

When that happened, she says, senior managers would receive support, but “then you’d be victimised, you’d be undermined”.

Nomsa describes a working atmosphere at Parliament characterised by “toxicity and pompousness”, where managers thought nothing of fighting “bitterly” at staff meetings and undermining juniors in public.

She said it was common for staff to be informed that contracts were not being renewed only a few months in advance of their expiration, rather than the six months required.

Asked why she thought the culture of Parliament as a workplace had gone in such an unpleasant direction, Nomsa said she believed the example of politicians was partly to blame. She recounted an occasion on which a senior ANC figure gave one of Parliament’s senior administrators a brutal “dressing down” in front of the rest of the staff.

“[Managers] experience politicians treating them badly and think they can do the same,” she suggests.

At Parliament’s Wednesday briefing by police, a number of enhanced security measures were committed to in the wake of the revelation that Garane had not been required to have the bag containing his gun scanned by X-ray at Parliament’s entrance.

More questions remain, however, about Parliament’s working environment, beyond security.

One is whether the member of Parliament’s health and wellness team who came to check on Garane on the morning of his suicide was adequately trained in handling such a situation.

Cassey Chambers, operations director of the South African Depression and Anxiety Group (SADAG), told Daily Maverick that it is imperative that managers and supervisors are trained in identifying the symptoms of depression, anxiety, stress, and even in suicide prevention.

“We are hearing more and more cases of suicides happening at work. Sometimes we hear it from employees calling us because they need help, and sometimes the workplace suicides are reported via the media,” Chambers says.

“Many workplace suicides are also not made public due to stigma and not wanting to create negative publicity for a company.”

One of the points made by MPs at Wednesday’s police briefing was that if someone is intent on committing suicide, there is little that enhanced security measures can do to prevent that.

“No one can guard an individual and what they do in their own home or office,” suggested DA MP Dianne Kohler-Barnard.

SADAG’s Chambers says nonetheless that there are steps that institutions such as Parliament should be taking to assist employees with mental health issues – including publicising in-house counselling programmes and “creating awareness in the workplace to encourage people to seek help”.

She points out: “Depression doesn’t have working hours – if someone has symptoms of depression it would affect their home life, their work life and everything around them.”

Addressing Wednesday’s meeting, Public Works committee chair Humphrey Mmemezi told MPs: “We must also take into account the families, children, colleagues that are affected. We must always play the role of being comforters.”

But at his father’s funeral, Sithembiso Garane made it clear that what his family needed from Parliament was less comfort and more accountability.

“We seek justice for the Parliament and we will stop at nothing to realise that,” Garane said. DM

* Nomsa’s name has been changed to protect her identity