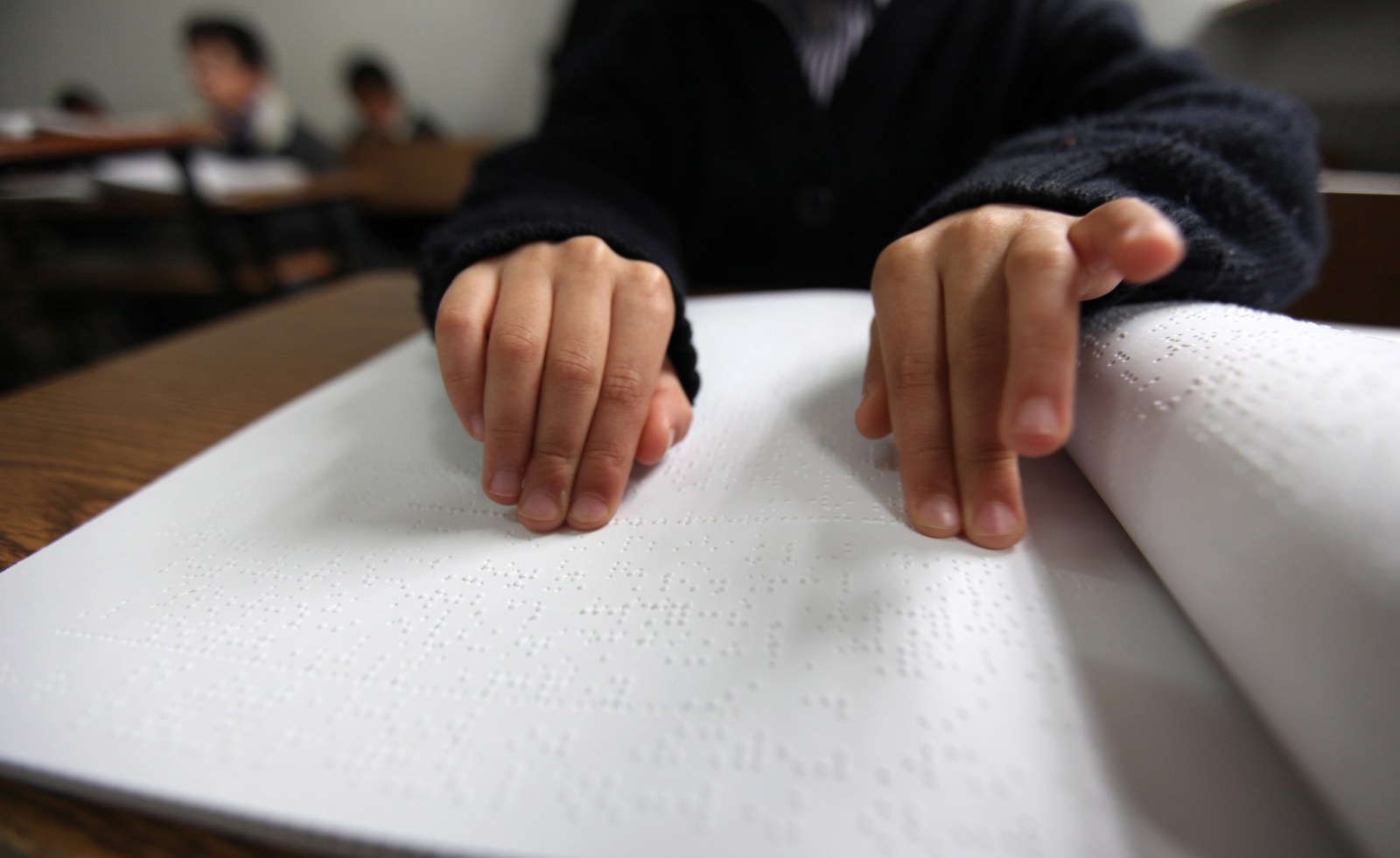 For years, the government has let down visually impaired students by not delivering Braille textbooks. That is set to change after a settlement was reached last week, requiring education departments to provide each student with necessary learning material.

After years of neglect, visually impaired students will soon have full access to the required learning materials to succeed at school if national and provincial education departments adhere to an out-of-court settlement reached last week.

The government agreed that every learner is entitled to receive a textbook for each subject at the beginning of the school year. It will conduct an audit on the need for Braille textbooks and begin the process of producing and delivering study materials.

The South African National Council for the Blind (SANCB), the National Braille Authority and three school governing bodies began to litigate for the rights of visually impaired students in October 2017, after years of advocacy.

Civil society groups have long complained about the lack of Braille learning materials in the country’s 22 public schools for the visually impaired and the settlement is a significant step towards providing quality education for students with disabilities.

“This settlement agreement brings the prospect of freedom for these learners one step closer,” said Zukiswa Pikoli from SECTION27, which represented the applicants in the case.

“Provision of textbooks in Braille will not only facilitate access to the curriculum for learners with visual impairments but also facilitate that they realise their other rights and aspirations,” said SECTION27’s Pamela Choga, a legal researcher who worked on the case.

The settlement said learners cannot be discriminated against on the basis of their race or disability, acknowledging they have the right to Braille material in any South African language.

“This means they are equally entitled to textbooks in a language they understand, in the same way learners in mainstream schools are entitled to print textbooks. Also, they are entitled to equal access to all components of the right to basic education, including learner teacher support materials,” Choga added.

Advocacy groups began pushing for the Curriculum and Assessment Policy Statement (CAPS) to be published in Braille before its 2012 rollout. Some books were made available for the country’s about 3,500 visually impaired learners, but delivery was haphazard and many students struggled without the necessary learning materials.

“Many of these learners report having no Braille textbooks or a shortage of Braille textbooks for the CAPS curriculum; neither do they have any reliable means for each Braille user to access the content of the curriculum,” said SANCB chairperson Lesibana Movundlela in an affidavit.

Teachers spent lengthy amounts of time trying to prepare Braille notes to supplement the lack of textbooks and students had to improvise.

“They work in the production room, often after hours and during weekends, taking up to three days to adapt and print notes for a lesson of one hour into Braille and a month for a textbook,” said Nocawe Mayekiso, chairperson of the SGB at Athlone School for the Blind.

In court papers, a learner from the same school recalled having partially sighted students read her class questions so she could study.

“I wish that I did not have to go through this. It makes me feel inferior, and as though I do not matter, unlike sighted learners who have what they need,” said the student.

The government will now audit blind and full-service schools, which are specially adapted mainstream schools, to assess the number of students using Braille, functioning Braille production units, and staff qualified to use the machines.

Master copies are needed to reproduce Braille books and it is estimated that the government has 473 master copies of the 578 textbooks in the CAPS curriculum. The largest shortages are in books in African languages.

For subjects where they have master copies, the national and provincial education departments have committed to providing each student with textbooks for the 2018 school year by October. Books for the 2019 school year must be delivered by November.

Regarding books that government does not have master copies for, which require more production time, all copies must be produced by March 2020 and books must be delivered to students within three months of their production.

The government must report its progress in implementing the settlement to the North Gauteng High Court. The Braille Advisory Committee, which includes members from civil society and the education department, will oversee implementation.

Speaking on behalf of SANCB, Thomas B Simelane welcomed the settlement. He said the government has policies meant to protect the rights of disabled students that have not been implemented. He believed the agreement should have been reached years ago.

“How would a child learn without textbooks?” he asked, citing the rights for all learners.

“All it means if you’re blind or deaf or crippled, or whatever, you must have access to quality education.”

Simelane claimed that 97% of visually impaired South Africans are unemployed, a product of the education system’s failure to accommodate them.

“We are there, we deliver,” said Mhlanga.

“But it is generally the problem that it doesn’t happen at the pace people want,” he acknowledged.

Providing the full complement of Braille textbooks to students is a large step towards offering quality education to visually impaired learners, but Simelane cited a number of further challenges.

Teachers are often employed without any specialist training. Students, who are old for their grade due to having to do extra programmes to learn Braille, are sometimes not allowed to stay in their school hostels after they turn 18, making it difficult for them to pass matric.

Visually impaired learners are a step closer to freedom, but the journey is far from over. DM