THE (ROCKY) ROAD TO A NEW NATIONAL BROADCASTER 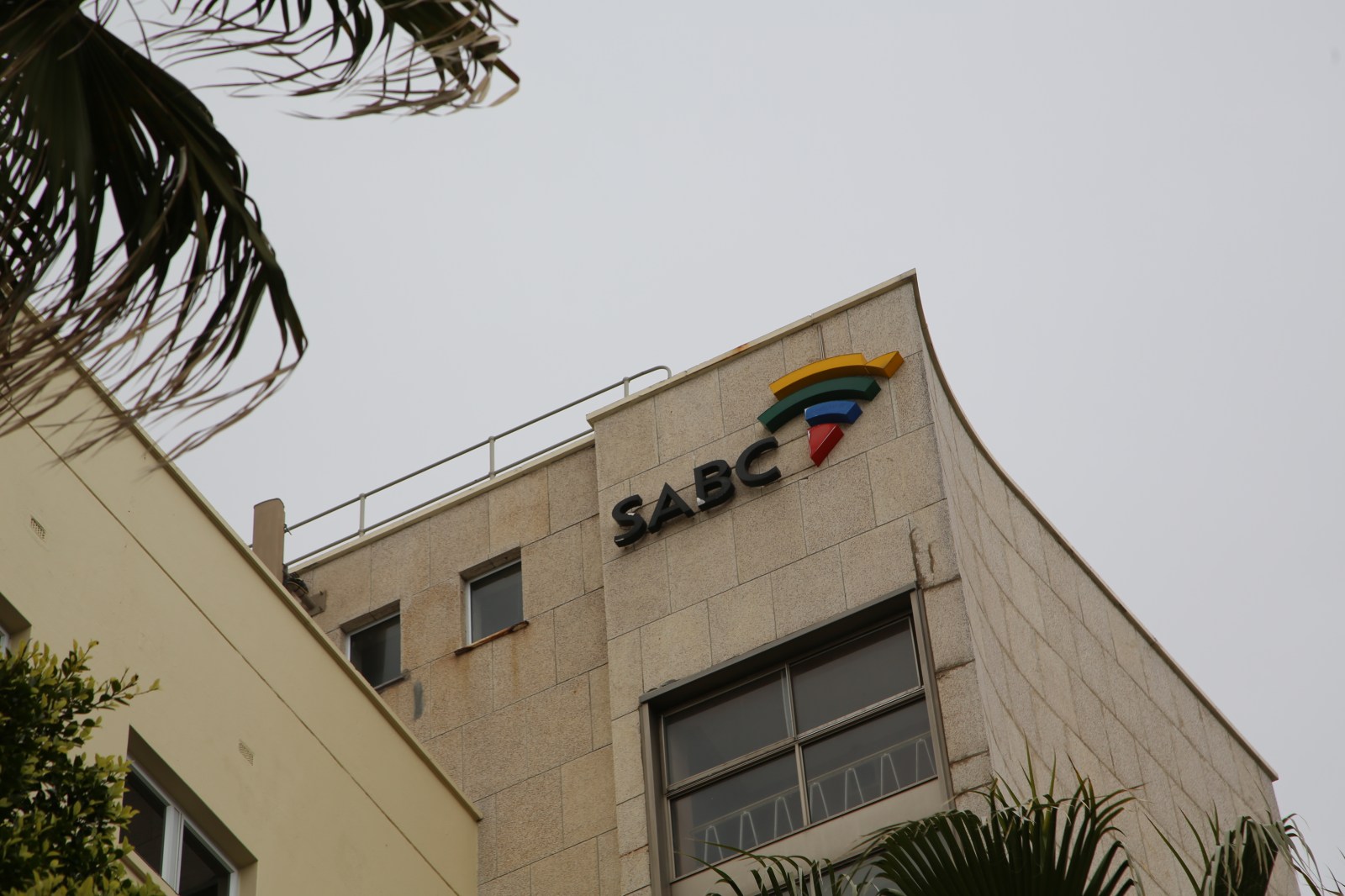 Communications Minister Nomvula Mokonyane missed a detailed presentation by the SABC board and executive of the public broadcaster's strategic road map to Parliament on Tuesday. A confident board set out how the SABC hopes to become financially viable using a mixed funding model and through instituting significant operational changes, including cuts to its management-heavy staff.

At the start of the three-hour presentation to Parliament on Tuesday, Communications Portfolio committee chair, Humphrey Maxegwana first announced that Minister Nomvula Mokonyane had apologised for not attending the crucial turn-around strategy presentation as she was part of a team preparing for the 6 September funeral of the late Minister of Water and Environmental Affairs, Edna Molewa, who died on 22 September.

After a tea break, Maxegwana told those gathered he had been “misinformed” with regard to Mokonyane’s absence and that she was, in fact, ill and in hospital. Her absence, however, said Maxegwana, posed a question with regard to the public broadcaster’s presentation to the Communications Committee.

Could it be stated that the plan had been conceived “in consultation” with the government stakeholder as embodied by Mokonyane or not?

If not, Maxegwana, intimated, there might be trouble ahead.

DA Shadow Minister of Communications Phumzile Van Damme was first to respond, noting that the committee has “seen this movie before” and that the SABC and the committee should not be waylaid by the question.

“The minister can be sent the road map and be told ‘here it is’. She can say, ‘I don’t like this’, but that is where her involvement ends. The final decision lies with the board and the executive. Whether the minister is happy or not is irrelevant,” said Van Damme.

And so on it went.

Either way, Mokonyane will get to peruse the detailed 104- page “strategic road map” which plots a way for the public broadcaster (which, it is important to bear in mind, receives no funding from government) out of a Zuma/ Muthambi/ Hlaudi-sized cripling financial quagmire.

There were a few immediate takeouts from Tuesday’s presentation.

These include increasing revenue collection through a more efficient licence collection system and an attempt at broadening the definition of what constitutes a “television set” in the Broadcasting Act.

Board member Michael Markovitz explained that the SABC wanted to extend this definition to include a PVR, dish and set top boxes but not phones, tablets or computers.

“It will be restricted to just equipment that allows you to watch normal TV,” said Markowitz.

With regard to licences, Markovitz said, “we would also like other parties to be responsible for checking. The pay TV operator must check before you take out a subscription. We don’t think they must collect the money for us but the law must be broadened to require them to check.”

The board said it believed that an overhauled TV licence fee system “can go a long way to funding the public broadcasting mandate”.

At present there are only approximately 1.8 million paying television households and businesses out of a total of 9 million accounts on the SABC database, Sylvia Tladi, head of TV licences, told the committee.

With regard to its commercial enterprises and advertising, the public broadcaster said it had become “increasingly reliant on SABC 1 being the only consistent audience and revenue driver”.

Some of the operational turnaround plans for commercial enterprises included that urgent attention be given to SABC 3 and SABC 2 through an investment in “content and not airtime”, which is good news for the industry.

As far as SABC 3 is concerned, the broadcaster said it intended content on the channel to reflect “a diverse racial grouping” by including reality and talk shows as well as self-help programming which appeared to be popular. SABC 3 would also be rebranded to reflect an “older” viewership.

Marketing these changes would be a challenge, said the board, as while television is required to generate revenue of R3.7-billion (2018/19), its marketing budget is only R19-million which represents one percent of revenue.

The public broadcaster revealed that it had developed plans to increase the number of channels for the Digital Terrestrial Television (DTT) and Direct to Home (DTH) platforms to nine.

These would include SABC 1, 2 and 3, SABC News, the SABC parliamentary channel (to be expanded with hosts and commentators), SABC Education, SABC Health (in partnership with sponsors), SABC Sport and a new SABC History Channel.

“The above is currently unfunded,” the board reminded anyone who might have got too carried away.

The SABC has an extensive mandate as defined by the Constitution, the Broadcasting Act, the Independent Communications Authority of South Africa Act and the Electronic Communications Act.

Under these laws and regulations the public broadcaster has to “reflect South African attitudes, opinions, ideas, values and artistic creativity”, showcase South African talent in educational and entertainment programming, offer a plurality of views and a variety of news, information and analysis from a South African point of view, and advance the public interest.

It has a huge footprint. Its radio services alone command a 71.8 percent share of adult radio listening in SA which translates to 28.1 million adult listeners in all official languages.

The SABC’s public mandate – which will cost around R2.5-billion by 2020/21 – is to provide television and radio news, current affairs, documentaries, drama, children’s education and music while also covering sport (prescribed in Section 10 (1) and 30 (7) 0f the Sport Broadcast Services regulations which subscribes 22 sports of “national interest”, all the while creating jobs, developing the industry, providing universal access and the keeping of records.

“The mandate places unprecedented commercial and financial pressure on the SABC. Additional funding sources and an enabling regulatory regime will be essential to mitigate the risk of undermining South African public broadcasting in the future,” SABC CFO Yolande van Biljon told the committee.

So how will it generate enough income and survive in a rapidly changing environment where there is tough competition, particularly on digital platforms?

The SABC’s projected cost base for the financial year ending 2018 is R7.2-billion. This is made up of the cost of programme, film and sports rights (24%), broadcast distribution costs (16.6%), employee costs at a whopping (42%), investment in capital of R350-million per month, revenue collection and marketing (2.3%) and operational expenditure at 9.7%.

This operational expenditure at 9.7%, the board suggested, provided an ideal opportunity for savings of between 10% and 20% in year one but this target would reduce in the second year as “you cannot save yourself out of trouble”.

Some of measures to be taken include that content acquisition will be audited and “constantly scrutinised for ROI” (return on investment). This will entail looking at both internal and external production facilities, setting financial performance parameters which support “the return to financial sustainability of the Corporation” with regard to acquisition decisions and the conclusion of sports rights – particularly those deemed of national interest and that would be financially viable.

The board told the committee that “actions to drive efficiencies are already under way in the form of embedding a shared service mindset between radio stations broadcasting from the same location” and that “additional resources will be pooled more aggressively for shared events of national importance thus resulting in minimising the broadcasting costs”.

The SABC’s broadcast network would also be “optimised to ensure that it focuses on areas where it is viable to increase audience share that will have a positive impact on revenue without compromising our public service mandate and delivery”.

It will also attempt to maximise “strategic partnerships” with service providers “with a strong focus on efficiencies and financial sustainability”.

All capital expenditure projects, said the board, had been assessed in terms of content strategy and alignment to the corporate strategy, business optimisation, compliance, risk, dependencies and cash flow.

From now on professional and consulting fees, other than those that are statutory, will be rendered in-house (in line with Treasury cost containment notes).

These principles will also apply to all expenditure including travel, entertainment, functions, advertising, catering, conferences, telephones, cellular phones and data. Supply chain management practices are also to be streamlined and there would be “spend control” on consumables.

The SABC’s biggest cost driver is its wage bill which weighs in at an unhealthy 42% (R3.1-billion). Film and sport rights brought in 23% (R1.7-billion) of revenue, 6% is derived from signal distribution and linkage costs (R718-million) and 5% broadcast from costs (R486-million).

Chief Operations Officer Chris Maroleng said the wage bill was unacceptably high due to years of “irregular salary increases to numerous employees promoted from admin to manager in a short space of time, the blatant disrespect for recruitment and policy with regard to appointment and promotion and the payment of critical skills allowances where these were irrational”.

The SABC currently had 1,000 managers for a staff complement of approximately 3,400.

The SABC, a committee member remarked, had managers who were looking after desks.

“We are looking at six to seven layers below the manager. We want to reduce those layers,” said Maroleng.

Discussion of proposed retrenchments at the SABC were not discussed by the committee as the entity, said board chair Bongumusa Makhathini, was still engaging with unions with regard to this. The board met regularly with the unions to discuss staff cuts and retrenchments.

These job cuts were not the only focus of the SABC’s turnaround strategy, as the presentation on Tuesday clearly revealed.

With regard to the national election in May, Maroleng said R30-million would be spent on coverage, down from R40-million to cover the 2016 local government elections. The cost cut, however, he said, would not water down the SABC’s coverage or provision of coverage. DM