For the poor, the UN is ‘a beacon of promise in a landscape of doubt’, Ramaphosa tells the UN in a nod to Mandela’s legacy 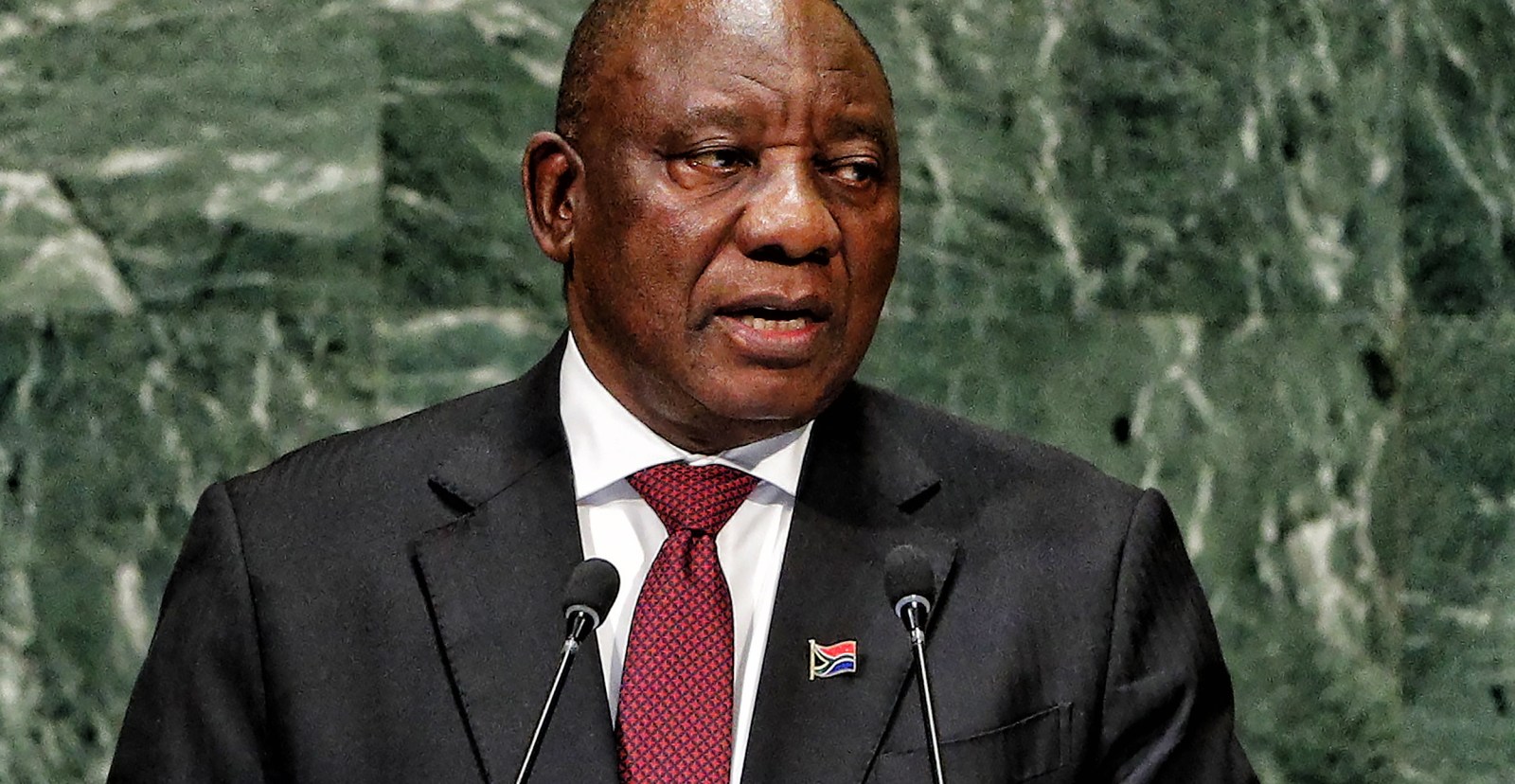 President Ramaphosa joined most of the world’s leaders in defending the United Nations on Tuesday as the 73-year-old global institution came under the strongest attack yet from an American President.

Addressing the UN General Assembly for the first time as South African president, Cyril Ramaphosa once again invoked the spirit of Nelson Mandela, recalling what the first president of a democratic South Africa had said about the UN in this same hall 24 years ago.

Marking the centenary of Mandela’s birth, the world had to ask if the United Nations “has met the needs and the expectations of the millions who stand at the gates of hope”, Ramaphosa said.

It should also ask if the UN had contributed to a more peaceful, prosperous and equal world. And the world was called upon to ask what the UN and the assembled global leadership must do to secure lasting peace, reconciliation and stability across the globe.

“To the poor, vulnerable, and marginalised, the UN today is a beacon of promise in a landscape of doubt,” he said.

“To billions across the world, the UN is the most powerful instrument we possess to achieve a more equal, more humane and more inclusive world.”

He then repeated South Africa’s familiar criticism of the UN, calling on the leaders assembled at the UN “to forge a more representative, equal and fair United Nations that is empowered and equipped to lead the struggle to end poverty, unemployment and inequality in the world”.

Ramaphosa applauded the world’s leaders for adopting the political declaration of the Mandela Peace Summit which pronounced the period from 2019 to 2028 as the Nelson Mandela Decade of Peace.

The world should use the outcomes of the Mandela Peace Summit to empower the United Nations to be a more effective instrument for mediation, peace keeping and post-conflict reconstruction.

Like almost all the many addresses of heads of state to the General Assembly on Tuesday, Ramaphosa’s was in stark contrast to that of US President Donald Trump who expounded the values of national sovereignty, nationalism and patriotism against the international co-operation and multilateralism which the UN embodies.

“Each of us here today is the emissary of a distinct culture, a rich history, and a people bound together by ties of memory, tradition, and the values that make our homelands like nowhere else on Earth,” Trump said.

“That is why America will always choose independence and cooperation over global governance, control, and domination.

“I honour the right of every nation in this room to pursue its own customs, beliefs, and traditions. The United States will not tell you how to live or work or worship.

“We only ask that you honour our sovereignty in return.”.

“We reject globalism and embrace the doctrine of patriotism.”

Time magazine declared that “Trump’s ‘America First’ speech was an attack on the very values of the UN”.

Trump also announced further sanctions on the “socialist” Venezuela government, targeting President Nicolás Maduro and the elite around him and defended the new sanctions his administration had imposed on Iran earlier in 2018.

Trump withdrew from the Joint Comprehensive Plan of Action (JCPOA) agreement which his predecessor Barack Obama and several European nations had signed with Tehran in 2015 to curb Iran’s suspected nuclear weapons development programme in exchange for the lifting of their sanctions against Iran.

Iranian President Hassan Rouhani spoke a short while after Trump in the General Assembly, rebuking US foreign policy as “authoritarian” and based on bullying, imposition and the belief that “might makes right”.

He warned Trump that if he tried to drag Iran to the negotiation table, he risked reaping “the grapes of wrath”.

He told Trump that if he disliked the JCPOA because it was the legacy of his domestic rival, he should negotiate with Iran through the UN instead.

“Don’t impose sanctions,” he urged Trump, saying sanctions and extremism were the same.

“For dialogue you don’t need a photo opportunity” he said, taking a dig at Trump’s high-profile meeting with North Korean leader Kim Jong-un which Trump had earlier boasted about, citing this among many other things to show his administration had achieved more than almost any other US administration in under two years.

His attack on the UN seemed to inspire most other leaders to stand up to defend the organisation. French President Emmanuel Macron did so in an impassioned speech which went more than half an hour over time.

Ramaphosa’s speech was a much quieter though still solid defence of the importance of multilateral global governance.

Ramaphosa and Trump met for the first time shortly after Trump’s speech on Tuesday when they sat at the same table at a lunch hosted at the UN by the current president of the UN General Assembly, María Fernanda Espinosa.

Though they had many issues to chew over – including their spat over Trump’s sharp criticism of land reform and farm murders – “they didn’t have any substantive discussion, only friendly banter”, Ramaphosa’s spokesperson Khusela Diko said.

The substantive discussion of issues between SA and the US is expected on Wednesday when International Relations and Co-operation Minister Lindiwe Sisulu meets her US counterpart Michael Pompeo at the UN. DM