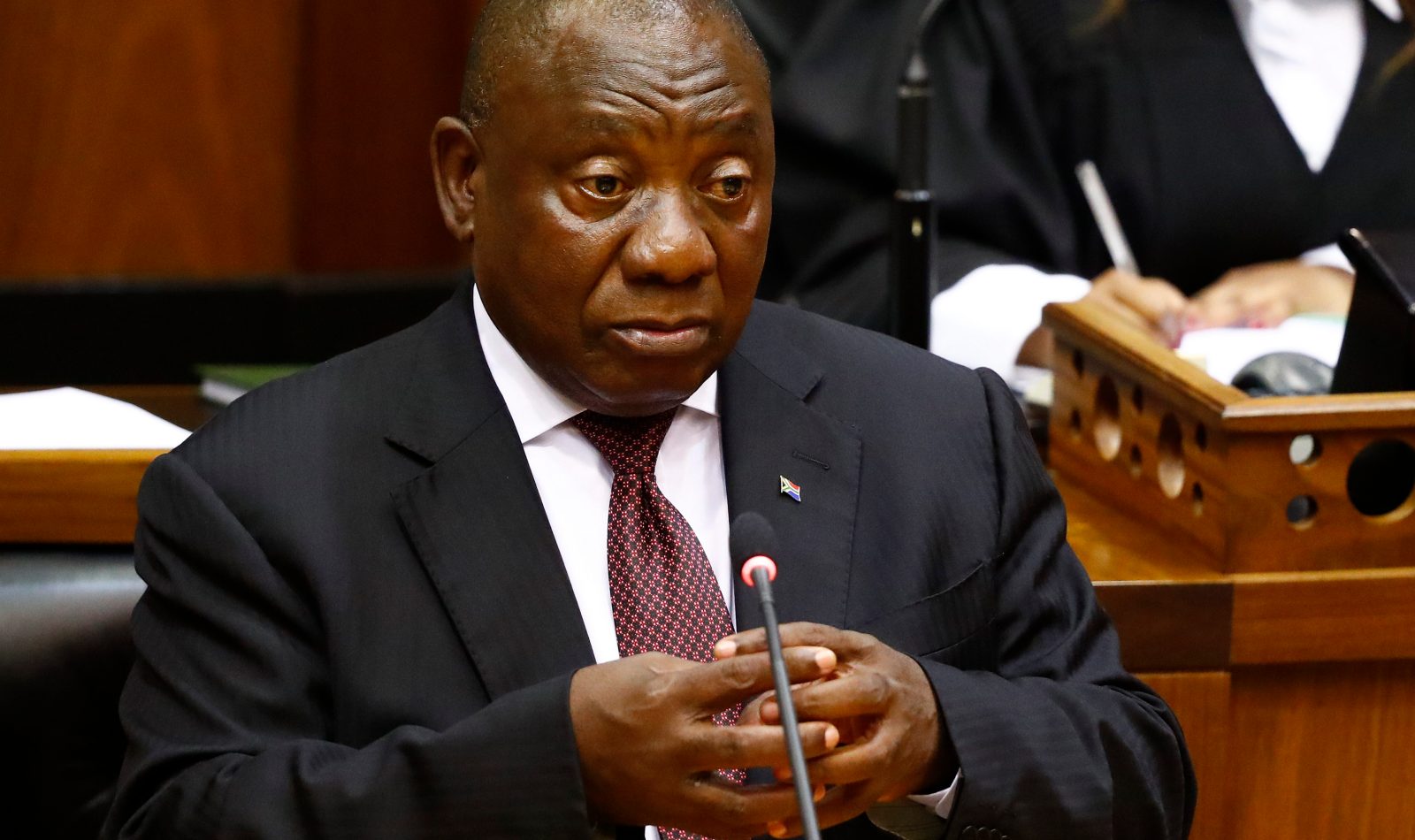 Under difficult circumstances, Cyril Ramaphosa is doing well on the clean-up and stabilisation phase. This is a critical phase that we need to go through before we can see tangible progress, writes RENDANI MATHOHO.

By the time Ramaphosa realised the reality of Zuma’s poor leadership and shenanigans coupled with the revelations of State Capture — and it also became clear that there was a plan to prevent him from ascending to the highest office, he found himself faced with three choices.

The first was: Do I immediately resign in light of the realisation that the Zuma presidency is turning into a disaster and disassociate myself with it?

The second was: Do I fight internally and risk a purge? This was very likely as Zuma was at the time very powerful, with the full backing of the ANC NEC and could have easily managed to get rid of him. Ramaphosa at the time did not have any constituency whatsoever as he became deputy president on a Zuma ticket at the 2012 Mangaung conference.

The third was: Do I wait and fight at the right time, win the ANC presidency and fix things? It is now clear that Ramaphosa chose the third option. He ran for the ANC presidency, which he subsequently won against Nkosazana Dlamini Zuma, who was Zuma’s preferred successor.

All this clearly shows a man with foresight, good intentions, who is driven and on a mission, as opposed to his predecessor.

However, the revelation that the South African economy is in recession, an increase in unemployment figures, a VAT increase, ever-rising fuel prices and a sluggish rand have given birth to skepticism and suspicions that maybe Cyril Ramaphosa, with his promise of a new dawn and his thuma mina call, is not the man to solve South Africa’s problems.

I disagree and believe that Ramaphosa is still our best shot. Granted, things are bad, but what the doubters fail to realise is that his performance cannot be measured by the indicators mentioned above.

They forget a critical phase that we need to go through before we can see any tangible progress. That phase is the cleanup and stabilisation phase which is necessarily due to the rot and paralysis he inherited. For him to succeed in a cleanup and stabilisation he also needs the ANC and the alliance to walk with him, especially considering the margin by which he won the Nasrec conference. It is for this reason that some have labelled him weak and indecisive.

It is evident that he is slowly winning the ANC/alliance battle as is evident by the removal of Supra Mahumapelo as both premier and ANC chair in the North West, the neutralisation of the KwaZulu-Natal ANC, the election of his backers in Limpopo and Gauteng, and recently the election of Zingiswa Losi, the first female Cosatu president, who can be regarded as an ally.

My assessment of Ramaphosa on the clean-up and stabilisation phase is that he is doing as well as he can under the circumstances. Soon after taking over the presidency he reshuffled the Cabinet. Even though it was not an ideal reshuffle it was, however, good as it saw most of the ministers and deputy ministers implicated in State Capture being shown the door. The next thing was to stabilise state owned enterprises (SOEs).

This task was delegated to Minister of Public Enterprises Pravin Gordhan. Since his appointment Gordhan has been on a mission to root out corruption and reverse the effects of State Capture. We have seen the suspension and removal of compromised board members and executives and their replacement with new, competent leaders at SOEs such as Eskom, Transnet, Denel and Prasa.

All the new board members and executives need to do is stabilise these SOEs and develop short- to medium-term recovery plans and we shall see things start to improve as they become self-sustaining and play their crucial roles in the economy.

Another devastating effect of State Capture was the hollowing of state institutions and if there is any chance of turning things around, this too needs to be addressed. Even before becoming president, Ramaphosa twisted Zuma’s arm into establishing a commission of inquiry into State Capture.

He also withdrew the presidency’s appeal on the matter of then national director of public prosecutions (NDPP) Shaun Abrahams — the Constitutional Court eventually ruled that Abrahams’ appointment was invalid, giving Ramaphosa the space to appoint a credible national director. In addition he also initiated a process to suspend Nomgcobo Jiba and Lawrence Mrwebi, two compromised deputy NDPPs.

We also saw the appointment of Godfrey Lebeya, a highly educated, career investigator with vast experience to become the head of the Hawks. Another institution that needed attention was SARS. Here we saw Ramaphosa suspend the controversial commissioner Tom Moyane and institute a disciplinary inquiry.

Ramaphosa also established a commission of inquiry into SARS to get to the bottom of issues affecting the tax collector, which had affected its performance, with shortfalls on collection targets and a decline in tax compliance. This was a key step as SARS is at the centre of the economy and any recovery depends on a fully functional tax collector.

Ramaphosa also has the ability to marshall different sectors, as seen with the minimum wage, which was a joint effort of business, labour and government. He also has the international legitimacy that has seen him successfully sell South Africa to the world in pursuit of his ambitious R1.2-trillion investment drive.

Just last week he announced a stimulus package, which he regards as a sea change in efforts to revitalise the economy. That responds to the realities we face in the short term, while also laying the foundation for sustainable inclusive growth in the medium to long term. It provides for the government, in partnership with the private sector, to focus on a set of priority areas and pursue these more effectively.

In addition to the progress Ramaphosa is making it is also important to develop a strategic economic plan, which will be the footprint of his administration.

A good place to start will be the National Development Plan (NDP), since he was the deputy chair of the National Planning Commission when it was drafted. As former president Thabo Mbeki says — and I agree with him — the NDP is a vision or a framework, but definitely not a plan. Ramaphosa needs to come up with a strategic economic plan that will make the NDP a reality within its target date of 2030.

Ramaphosa is still the man for the job and as citizens we owe him our support and answer to his thuma mina call in whatever space that we operate in. DM

Rendani is a mechanical engineer based in Gauteng, and an ANC branch member.