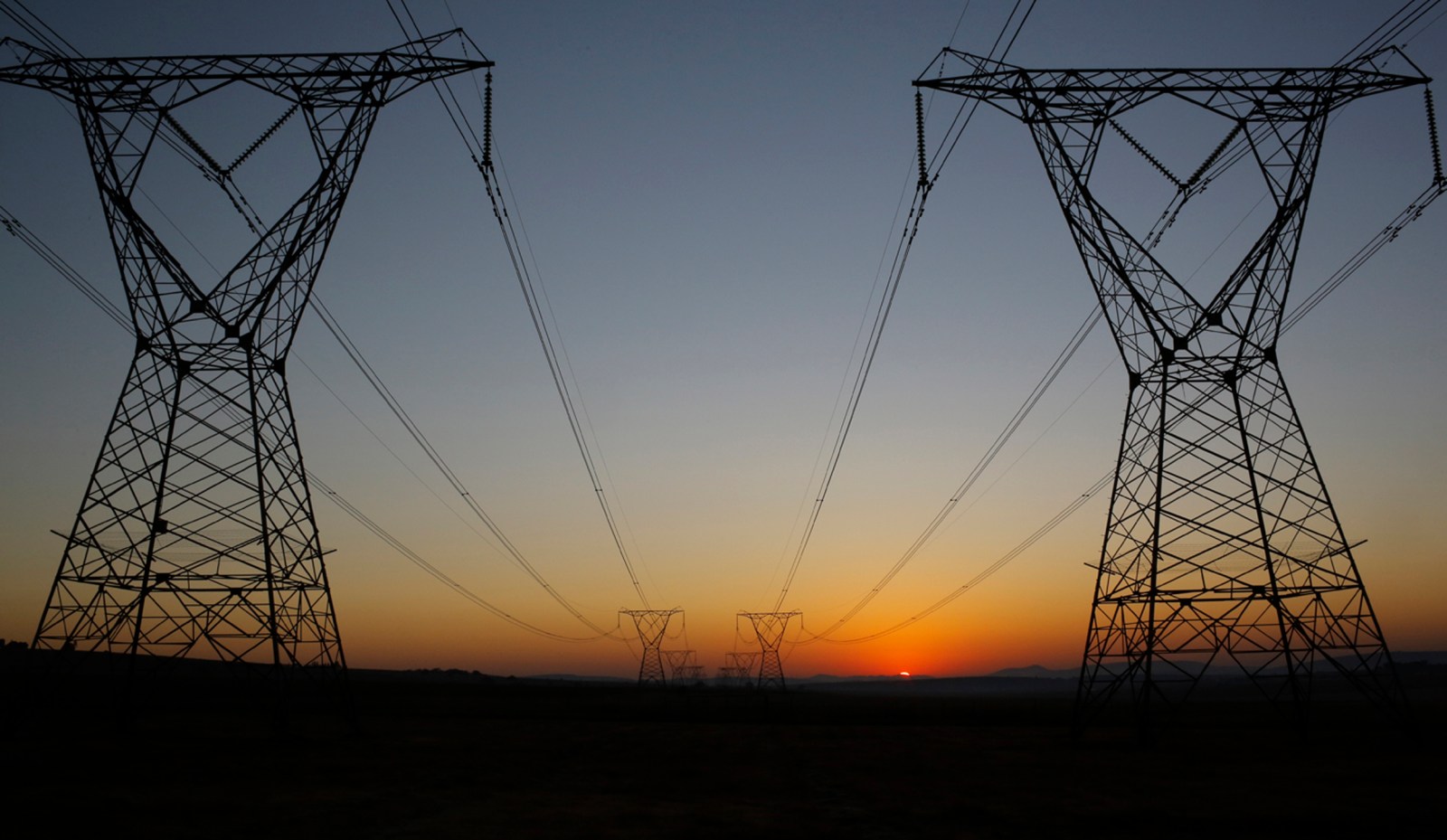 There are deepening concerns about the overall state of Eskom’s ageing fleet of coal-fired power plants and the ability of Eskom to meet demand in the next five years. Already, Eskom is operating its emergency open-cycle gas turbines in the Western Cape almost daily to meet demand and avoid load shedding. 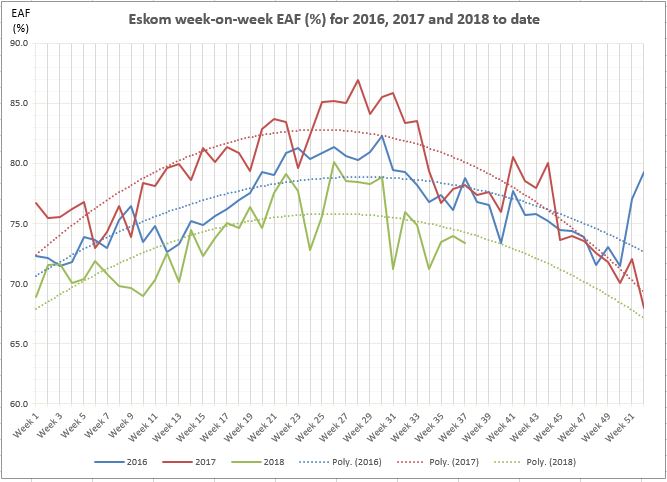 To a large extent this unhealthy situation has been mitigated by flat and declining electricity demand. Weekly demand, calculated from the aggregated hourly metered energy sent out (local generation plus imports), has been hovering around 30 GW for the last eight weeks. If electricity demand picks up, there are likely to be supply constraints.

Eskom’s plant performance for the next five years to from 2019 to 2023, as measured by the energy availability factor, is forecast to range between 72% (pessimistic) and 78% (optimistic), with a declining trend in the latter half of the five-year period. However the energy availability factor is now at the lower end of the forecast band at 73.74%.

Additional risk factors impacting on the ability of the electricity supply industry in South Africa to meet demand in the next five years include:

The likely risk of significant supply shortages of 1,000-2,000 MW to meet demand and reserves in the next three months is now significantly worse than planned. 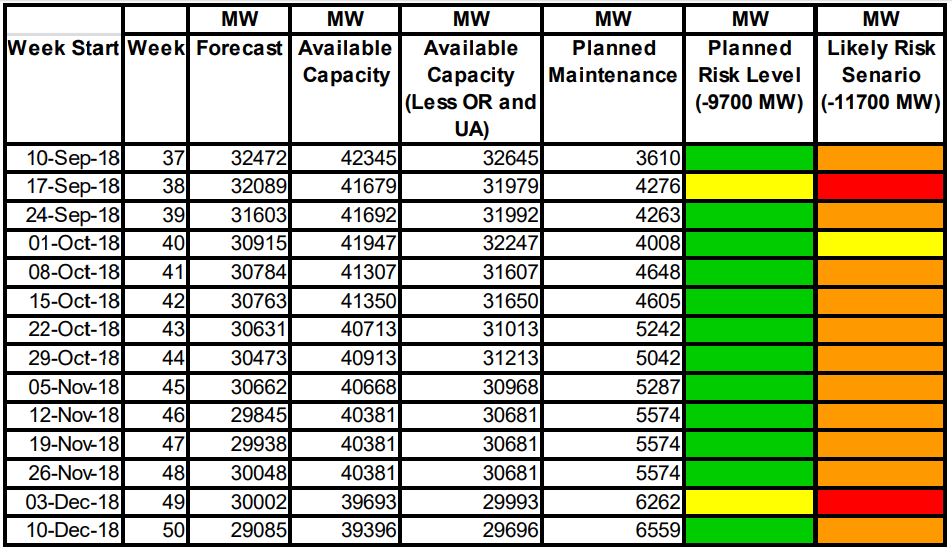 Another issue Eskom still has to resolve is whether it will receive any further postponements of requirements for the utility’s coal-fired power stations to comply with the existing and new draft minimum air pollution emission legislation, regulations and standards beyond 2020. If not, this would add a new dimension to Eskom’s medium term operational, financial and environmental sustainability.

It is becoming clearer to Eskom that the reality of declining coal-fired generation plant performance and the identified risks require urgent short- and medium-term interventions and deployments of new capacity. The situation is so volatile now that even the latest assumptions of plant performance in the Draft IPR 2018 are proving unrealistic.

Interventions that should be considered may include:

In terms of the System Operation Code of the South African Grid Code, Eskom publishes a Medium Term System Adequacy Outlook report on or before 30 October of each year on the adequacy of the generation system to meet the requirements of electricity consumers for the next five years.

It is expected that Eskom’s 2018 outlook will paint a very different picture to that of 2017 on the state of the generation system adequacy for the next five-year reporting period from 2019 to 2023, which informed electricity policy makers, stakeholders and customers are awaiting with considerable concern. DM