State control of healthcare – a sure route to disappointment and destitution 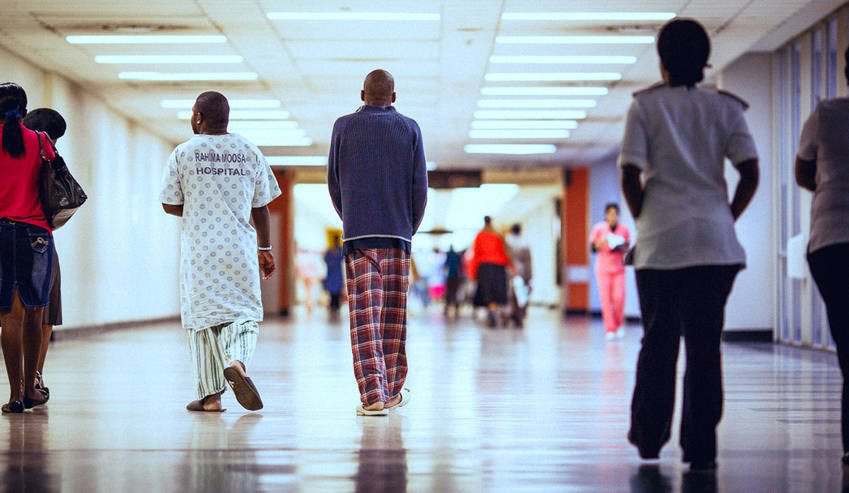 Instead of wholesale deference to government diktat and control, South Africans should try to find a way to ensure the quality of private medical care is extended to the indigent, argue Chris Hattingh and Martin van Staden.

Mark Heywood used some tough words in his comment on the private healthcare sector in Daily Maverick (6 September). Most of us can sympathise with his views but we must always, however, keep perspective: The public health system is in shambles, and the private health system, while expensive if not unaffordable to many, is efficient and functional. Instead of wholesale deference to government diktat and control, South Africans should try to find a way to ensure the quality of private medical care is extended to the indigent.

We delude ourselves when we assert that human beings act completely altruistically. The idea that government is compassionately realising South Africans’ right to access to healthcare with a big smile on its face, happily servicing us when required, is a fantasy. Economist and philosopher Adam Smith’s wisdom illustrates this well when he said:

“It is not from the benevolence of the butcher, the brewer, or the baker that we expect our dinner, but from their regard to their own interest.”

This may seem cold and heartless, but it is an unavoidable and inescapable fact of human nature.

The State has been negligent in its provision of healthcare services. Endless waiting times, a dearth of new doctors, unhygienic circumstances, corruption, and a host of other problems plague the public health system. Problems that are virtually absent in its private counterpart. This is because there are different incentives and forces at play in the public versus private sectors.

Smith’s wisdom applies almost without modification to the private sector: It provides us with a service in exchange for something, usually money. The only way for private providers to ensure they get our money is to satisfy our needs and desires better than their competitors – if they do not, they end up having to close shop. When it comes to the public sector, however, this is not the case. The government does not have to compete: Its continued existence does not depend on satisfying its “customers”. Taxpayers have to pay taxes, regardless of whether government is providing an adequate service or not; if they do not, they go to jail. This difference in incentive animates the vast canyon separating the quality of service between public and private healthcare.

Expensive private healthcare is not a simple product of capitalist greed. While private providers do wish to make money – and South Africans should, certainly, be in the business of wanting to make money, especially now – much of the cost of private healthcare is due to government regulation and intervention in the sector. Regulations and taxation make the process of healthcare provision more and more difficult for healthcare providers to keep their prices down. Government interference, such as that advocated in the HMI Report, distorts market prices. When prices are distorted, companies have to account for more fluctuations in the future.

Government, for instance, forces private medical schemes to cover 231 prescribed minimum benefits. This means that medical schemes cannot tailor-make affordable options that cover only the most severe conditions with possible optional add-ons. In other words, like DSTV, you pay for a package determined by DSTV without the ability to choose specific channels that are of interest to you as an individual and only pay for them. The difference is that DSTV is digging its own hole and will be the only one to suffer for it, whereas government, by artificially inflating the price of private services for political reasons, is making medical schemes and their customers suffer.

Private hospitals, in turn, must jump through various hoops set by government in the National Health Act and its regulations, such as applying for “certificates of need”. Certificates of need are based on the flawed socialist notion that competition is wasteful. The argument goes that if an area already has adequate (as determined by government, not the market) hospital cover, another hospital will not be allowed to open. Going through this process, in addition to all the other various licences and permits required by hospitals and the need for them to be periodically renewed, takes time and costs money.

Drugs and medication, too, are expensive, because, despite that such drugs may have been approved by authorities in America and Europe, they need to again go through the same years-long process to gain approval in South Africa.

A wholesale liberalisation of healthcare in South Africa is, clearly, needed to drive costs down.

Section 27 of the Constitution, contrary to contemporary belief, does not contain a right to healthcare. Instead, it provides that everyone has the right to have access to healthcare services, and that the State must take reasonable measures within its available resources to achieve the progressive realisation of this right.

An independent and absolute right to healthcare per se, on the other hand, would mean that doctors, nurses, hospitals and pharmaceutical companies can be conscripted into providing healthcare. This blurs the line between the public and private sector and would nullify the invaluable incentives the private sector has. If the private sector does not have its profit motive, its quality of service will decline and the problems in the State healthcare sector will also infect it. This will be detrimental to the consumers of private healthcare, and not help South Africa’s poor at all.

Unfortunately, this confused idea that there is a right to healthcare in South Africa has led increasingly to government controlling more and more chunks of the healthcare system, something for which we will suffer when State ‘incentives’ supersede private incentives.

There is currently no gun pointed at the head of the consumer; they can choose the public or private route, and within the private, they have options. Government’s proposed healthcare regime, however, will eliminate this choice and force everyone into the disintegrating public health system.

The government may, however, yet have a role to play.

To facilitate access to healthcare, government can fund, through a voucher system, the healthcare subscriptions of the poor. In other words, the government should no longer own or manage any healthcare services – something at which it fails dismally – thereby leaving it entirely to the efficient private sector. All South Africans, the poor included, can then obtain their health services only from private institutions. But for those who cannot pay, the government can give healthcare vouchers and pay for their private healthcare.

This will do two things: It will leave those who can afford their own healthcare alone and eliminate the current threat to the private healthcare sector. Secondly, it will open the doors to quality, private healthcare for this country’s poor. By no longer owning hospitals or having to manage them, government will have significantly more money available to allocate to vouchers that will enable the poor to access good quality healthcare.

The underlying theme of the anti-Apartheid struggle that led to the victory of our current constitutional dispensation was that power would no longer vest in government, but with the people. This promise has not been completely fulfilled. Power cannot be wielded by the people as long as the slow-turning wheels of the political class determine our destiny.

The market is the most democratic institution that has been borne out of human history: every second of every day, billions of people around the world ‘vote’ with their time, money, and labour, and choose who will succeed or fail. To embrace the market is to embrace the notion that power must rest with the people. DM

Chris Hattingh is a Researcher at the Free Market Foundation. He has an MPhil in Business Ethics from Stellenbosch University. He is the author of published articles on consumer rights, economic freedom, inequality and individual freedom.

Martin van Staden is a jurist working as the Legal Researcher for the Free Market Foundation and is pursuing a Master of Laws degree at the University of Pretoria. He has served on the African Executive Board of Students For Liberty since 2015. Martin co-authored an FMF monograph on South African telecommunications policy, The Real Digital Divide, and was a contributor to and editor of Fallism: One Year of Rational Commentary, published in 2016 by Rational Publications. He has been interviewed on television and radio about public policy, law, and economics in South Africa.