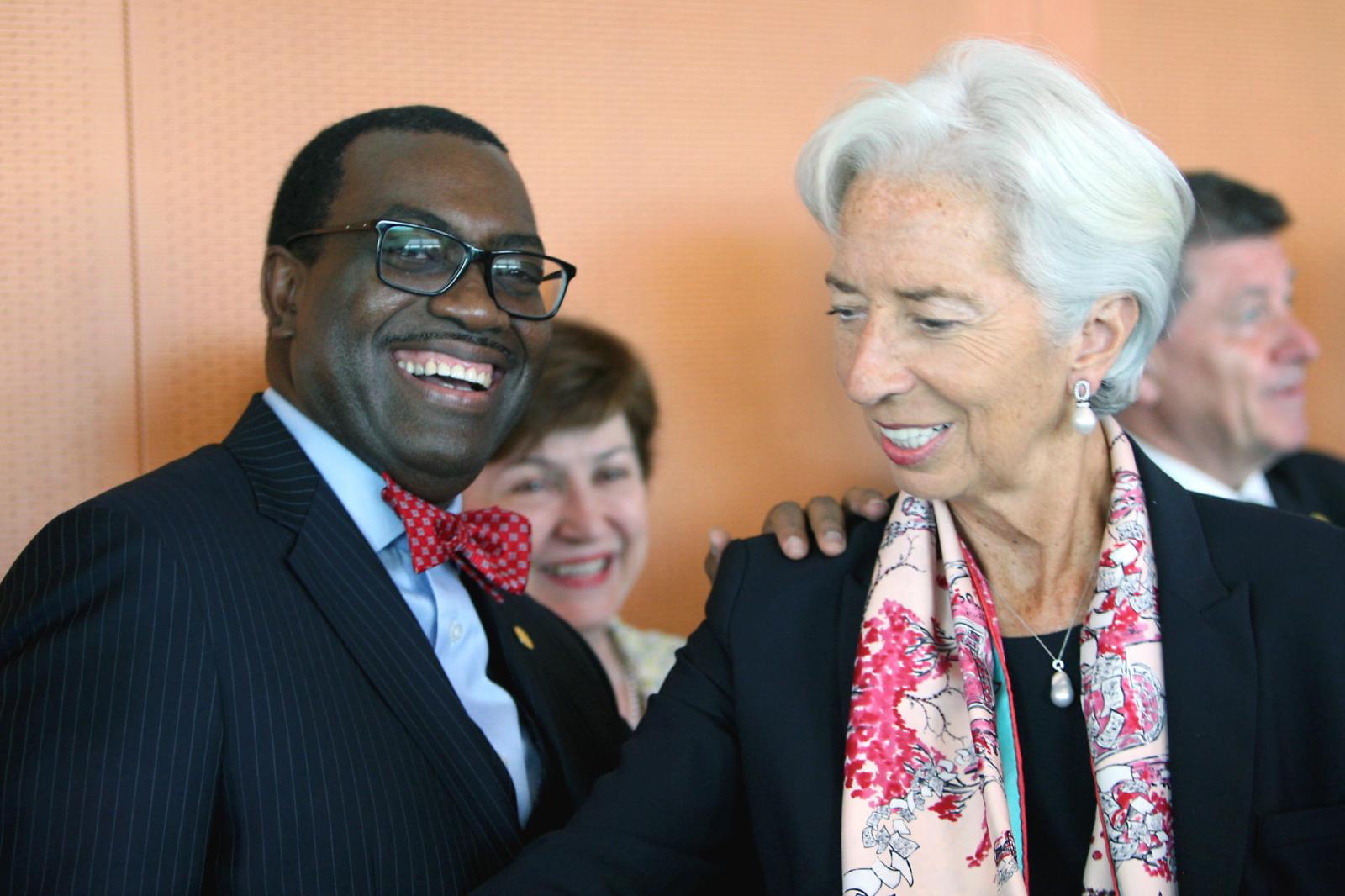 Countries struggling to repay loans are sourcing funds from their old banker. By Peter Fabricius

Despite – or is it perhaps because of – increasing volumes of Chinese financing to Africa, that oft-reviled old banker, the International Monetary Fund (IMF), is making a comeback to the continent.

In 2014, before the surge in Chinese finance after the 2015 Forum on China-Africa Co-operation (FOCAC) summit, 15 African countries had IMF loans, worth a total of $5.39-billion. Today it’s 20 countries with loans totalling $15.4-billion. And more debt-stricken countries like Angola, Zimbabwe, Mozambique and the Republic of the Congo are knocking at the IMF’s door.

Economists quoted by the German radio network Deutsche Welle say that after taking something of a back seat because of increased Chinese funding to Africa over the past few years, the IMF is back in business. This is largely because falling commodity prices and rising interest rates on loans are pushing several countries into unaffordable debt like that last seen in the 1980s and 1990s.

“Debt servicing costs are becoming a burden, especially in oil-producing countries, and Angola, Gabon and Nigeria are expected to absorb more than 60% of government revenues in 2017,” the IMF said.

During the 1980s and 1990s debt crisis many African countries turned to the IMF and its Bretton Woods partner institution, the World Bank, for financial bailouts. These came with strict conditionalities. African countries had to open their economies to international trade, liberalise their currencies and drastically cut costs in exchange for loans. This economic formula didn’t really address Africa’s economic woes.

The 21st century, though, introduced a significant new banker – China. From the launch of FOCAC in 2000, Beijing has been pumping money into Africa.

Chinese interest-bearing loans rose from almost nothing in 2000 to $18-billion in 2013 and then $30-billion in 2016. This is part of the $60-billion in overall financial support to Africa – including concessional finance, which Chinese President Xi Jinping announced at the 2015 FOCAC summit in Johannesburg.

At last month’s FOCAC summit in Beijing, Xi announced a new funding package, also totalling $60-billion. This time the concessional component increased – a sign, some believe, of Beijing’s sensitivity to criticism that its large loans were becoming a burden to some countries.

Many African countries and economists believed Chinese loans would solve Africa’s economic problems by taking a radically different approach to that of the IMF and World Bank. Instead of conditionalities, China prided itself – to the delight of African governments – on giving or lending money with no apparent strings attached. It also focused on financing infrastructure.

Examples of loans signed after the 2015 FOCAC include a $337.6-million preferential export credit in Zambia towards a greenfield project of Ndola’s international airport; a $167.2-million concessional loan to Zimbabwe to upgrade Harare’s international airport; and a $138-million concessional loan in Kenya to develop the 50MW Garissa solar power plant. This year’s FOCAC loan pledges would probably go towards similar infrastructure deals, CARI said.

The Chinese loans for mammoth infrastructure projects don’t seem to have helped. Many analysts believe they may have aggravated Africa’s problems by incurring debts for unaffordable projects that perhaps aren’t even really needed.

Some analysts even suspect China of a deliberate strategy to trap African – and other – countries in unrepayable debt so that those countries will have to cede vital strategic assets like ports to Beijing in lieu of repayments.

Zambian media are rife with rumour – fiercely denied by the government – that the Lusaka international airport will have to be given to China to pay off debt. Angola is often cited as a typical example of an African oil producer that has ‘mortgaged its future’ by signing over future oil production to China to repay large loans.

Brautigam scoffs at many such claims against China, believing they are alarmist myths propagated by Western rivals. She points out that China regularly forgives interest-free loans to African countries – though these are a relatively small part of its total loans.

It’s not quite clear what China would do if an African country defaulted on an interest-bearing loan. Brautigam notes that already in 2015, 17 African countries seemed unable to repay their loans.

But she said that in eight of these 17 countries – Burundi, The Gambia, Cape Verde, Central African Republic, São Tomé and Principe, South Sudan, Chad and Mauritania – Chinese loans were relatively small and hadn’t contributed much to debt problems.

In six other countries of the 17, Ethiopia, Ghana, Mozambique, Cameroon, Zimbabwe and Sudan, Chinese loans were larger but the governments had also borrowed heavily from other creditors. In just three of the African countries – Zambia, Djibouti and the Republic of the Congo – “Chinese loans are currently the most significant contributor to high risk of actual debt distress,” Brautigam wrote.

Her point is well taken – many others must share the blame with China for Africa’s indebtedness, if lenders are to blame. But China’s generous unconditional loans for infrastructure have also not been the panacea many had hoped for, in part because they have not considered the borrowing countries’ abilities to service the loans.

And so many governments are resorting again to that tiresome old bank manager, the IMF. This time around the IMF is not quite so demanding about opening economies. But it is still insisting that African countries who want loans cut their spending. DM