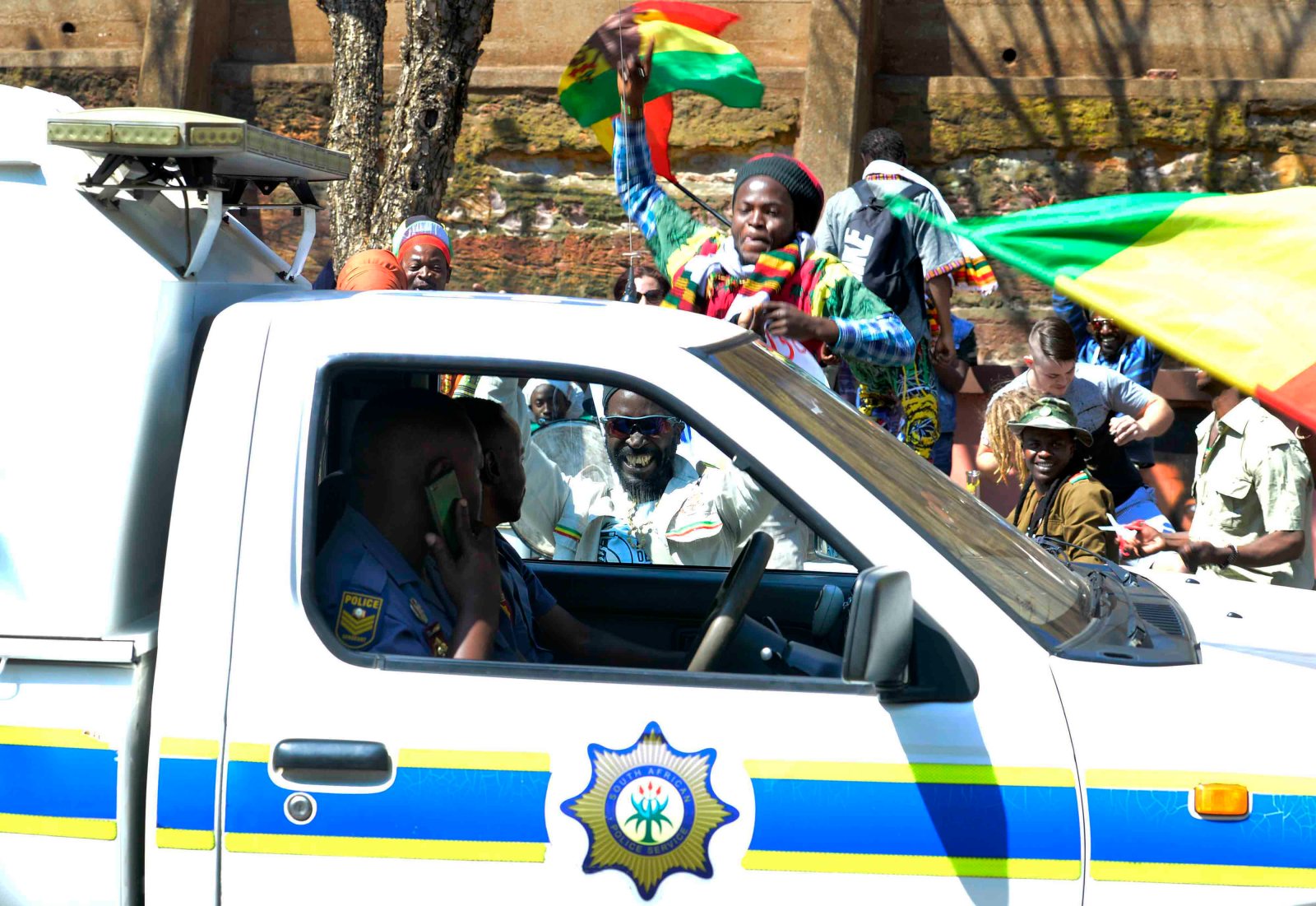 Members of the Rastafarian community celebrate outside the Constitutional Court following a ruling that the personal use of dagga is not a criminal offence on September 18, 2018 in Johannesburg, South Africa.(Photo by Gallo Images / Daily Sun / Trevor Kunene)

The Constitutional Court ruling on the private use of dagga is likely to impact on the performance record of the National Prosecuting Authority (NPA). This ruling has immediate effect which means the state is now barred from arresting or convicting anyone for mere possession of dagga in circumstances which suggest private use. How will this impact on the number of convictions? More importantly, could it herald a much-needed change of focus?

The largest increase in convictions has been in drug-related convictions.

Yet total convictions have decreased.

All other serious crime categories show a decrease in the number of convictions, with common assault, assault with intent to commit grievous bodily harm, and malicious damage to property showing the largest reductions in number of convictions (66%, 63% and 58% respectively) over 10 years, despite recorded crime not having dropped a similar percentage (reductions in reported crime over 10 years for these offences were of 21%, 16% and 15% respectively).

In addition to an impact on number of convictions, the NPA’s much-vaunted conviction rate in 2016/17 of 94%, up from 82% in 2002/3, may also be affected. This high rate is largely determined by the 96% conviction rate in the District Courts, which hear the majority (92%) of cases – including less serious drug-related crime cases. Such convictions are relatively easy to obtain as there is no citizen-complainant and verdict may often be by way of guilty plea. Thus the very high conviction rate of 96% in the District Courts may also be affected, as the relative proportion of perhaps more tricky cases rises in the absence of mere possession of dagga for private use cases.

Admissions of sentenced persons to prison may not be affected by the ruling to the extent that some may think. Some drug-related convictions, especially those of mere possession, result in a fine only or time served awaiting trial.

The number of admissions on remand (awaiting trial), however, is more likely to be affected, especially in prisons which serve police stations which have been policing drug-related crime vigorously. Cape Town Central alone records almost 3,000 drug-related crimes per year, or more than 50 per week. These result in arrests, and as we have seen, some six out 10 drug-related crime reports result in a conviction. Even if not convicted, many of those arrested will spend some time awaiting trial, especially if they cannot afford bail; those arrested in Cape Town will usually go to Pollsmoor Remand Detention Facility (RDF), currently at close to 140% capacity. At any moment, around one in 12 in Pollsmoor RDF are there for drug possession (of any drug). If a significant proportion of these drug possession detainees were arrested in relation to small amounts of dagga for private use, numbers on remand may well reduce as a result of the judgment.

The massive increase in drug-related convictions has occurred at the same time as the upswing in the number of murders reported in South Africa. Arresting, remanding and convicting those accused of these offences has not been associated with reduced murder, the best indicator of violent crime. This strongly suggests that these drug-related arrests and convictions have not had a violence prevention effect.

It is time for the NPA to further build on its achievements in relation to aggravated robbery and sexual offences, by targeting crimes and people whose imprisonment is more likely to result in an improvement in violence trends. A drop in the number of convictions and the conviction rate may well be the initial result – reprioritisation may take time. DM

Jean Redpath is a researcher with Africa Criminal Justice Reform at the Dullah Omar Institute, University of the Western Cape