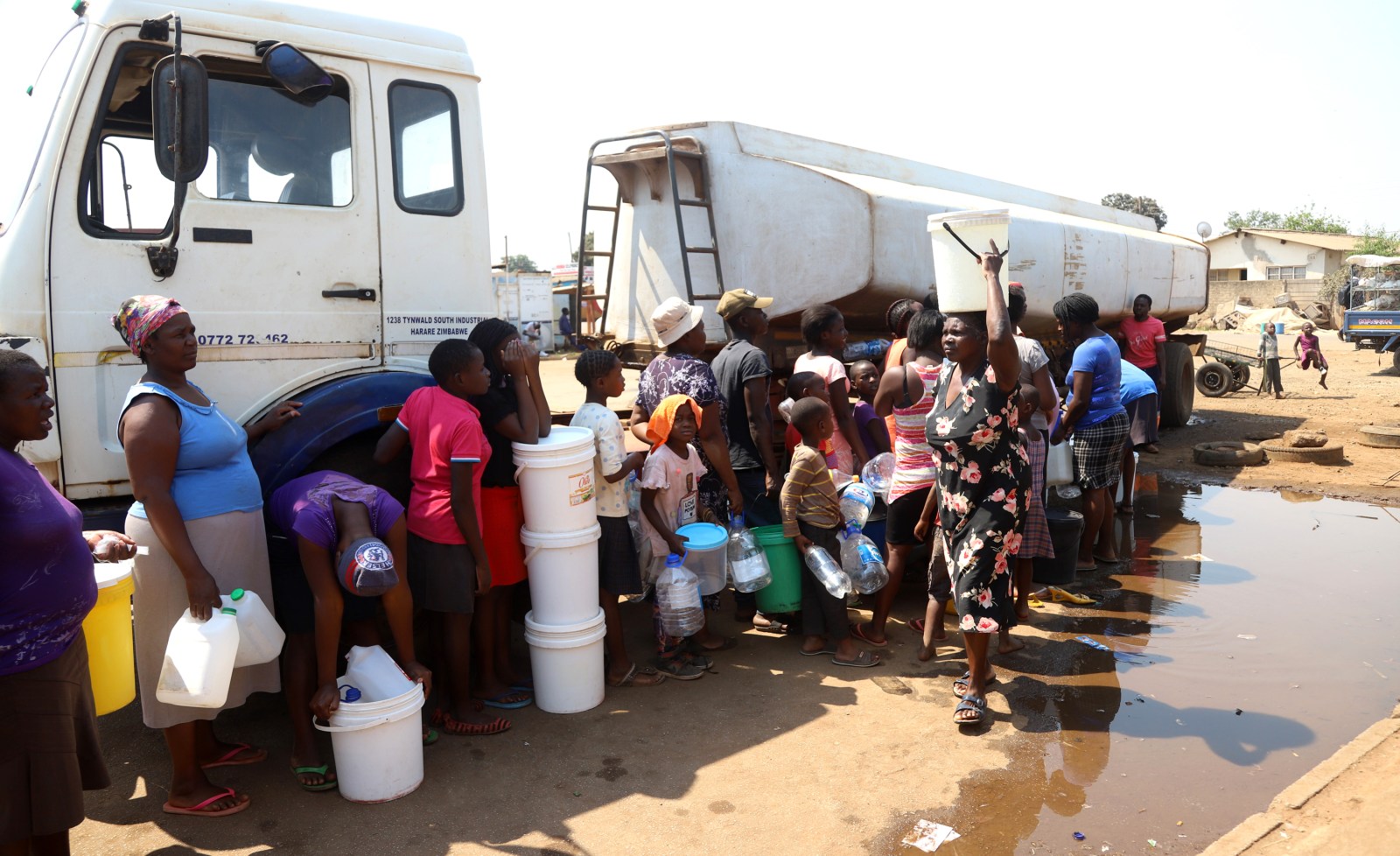 There is fear and uncertainty in Zimbabwe’s capital as people at the centre of the latest outbreak struggle to cope with the effects on their lives. The cholera outbreak in Zimbabwe has now claimed 30 lives and affected more than 5,000, according to official figures.

Residents of high density Harare suburbs Glen View and Glen Norah, at the centre of the epidemic, spoke of fear and uncertainty about whether they will survive the deadly scourge.

The outbreak has been declared a state of emergency. People across the country have been advised to practise caution. Some schools have been closed and public events barred for fear the disease will continue to spread.

Many feared the disease, first detected on 1 September, had claimed many more than the conservative figure of 30 deaths announced by the government through the Ministry of Health and Child Care.

“It is like we are on death row. You never know who will be the next victim, it’s really scary,” said Shuvai Tembo of Glen View.

She said the biggest fear she had was about her 10-month-old baby, noting it was now dangerous to leave her to crawl and play freely.

“I now have to carry my baby Tinomuda most of the time for fear she might contract the disease while playing with others outside,” she said.

Tembo said despite the difficult economic situation, she had to scrape together the money to buy sanitisers and other chemicals in order to protect her family.

Emmanuel Mutumbu, also from Glen View, said people were on high alert and doing everything required to ensure they stayed safe.

The 34-year-old bachelor said he now had to forego the meat he had bought from local vendors for just a dollar — enough to feed him for two days — for fear of contracting the deadly disease.

“I am doing all I can, following the instructions we are getting from health officials and local authorities. I have since stopped buying meat from local vendors because it is really frightening to imagine that one can get ill and die within hours, so I have been very careful,” he said.

Mutumbu said he spent the better part of his day at work, thus lessening his chances of becoming infected.

“It’s a good thing that I leave home early in the morning and come back very late in the evening, but I always take all the necessary precautionary measures because this disease is serious and I know I can die any time if I am not careful,” he said.

Mutumbu said local authorities were playing their part by providing the means to help contain the epidemic.

Wadzanayi Sisimali, a vendor from Glen Norah, said life had become very difficult because she is no longer able to sell her wares.

“I am at a loss, I can’t work, and I am also afraid of dying of cholera. For me, it’s a double tragedy because I have lost my source of livelihood and I’m also living in fear of contracting cholera. I just don’t know what to do,” said the single mother.

Sisimali said although she was aware of the dangers cholera posed, vendors needed to be provided with facilities to enable them to work for their families.

In 2008, a similar outbreak that came at the height of Zimbabwe’s economic crisis killed more than 4,000 people. There are now fears that if not properly dealt with, the present outbreak could also claim thousands of lives, especially in the densely populated suburbs where most of the country’s urban poor live.

However, despite efforts by companies, churches and individuals to ensure the outbreak is contained, corruption and greed have taken hold.

Cellphone operator Econet Wireless’s founder and chairperson Strive Masiiwa, whose company donated $10-million to help curb the waterborne outbreak, raised a red flag when it was discovered Harare City Council officials were selling pairs of gloves for $63 instead of the usual $3.

Residents have been forced to drill shallow wells at their homes after weeks, if not months, without water from their taps.

Investigations by Harare City Council have revealed that the major risk factors in the cholera outbreak are erratic water supply, burst sewer pipes and the use of unprotected water sources.

Further, due to shortages of foreign currency to buy chemicals, water purification has been a losing battle for most councils, resulting in residents drinking untreated water. DM