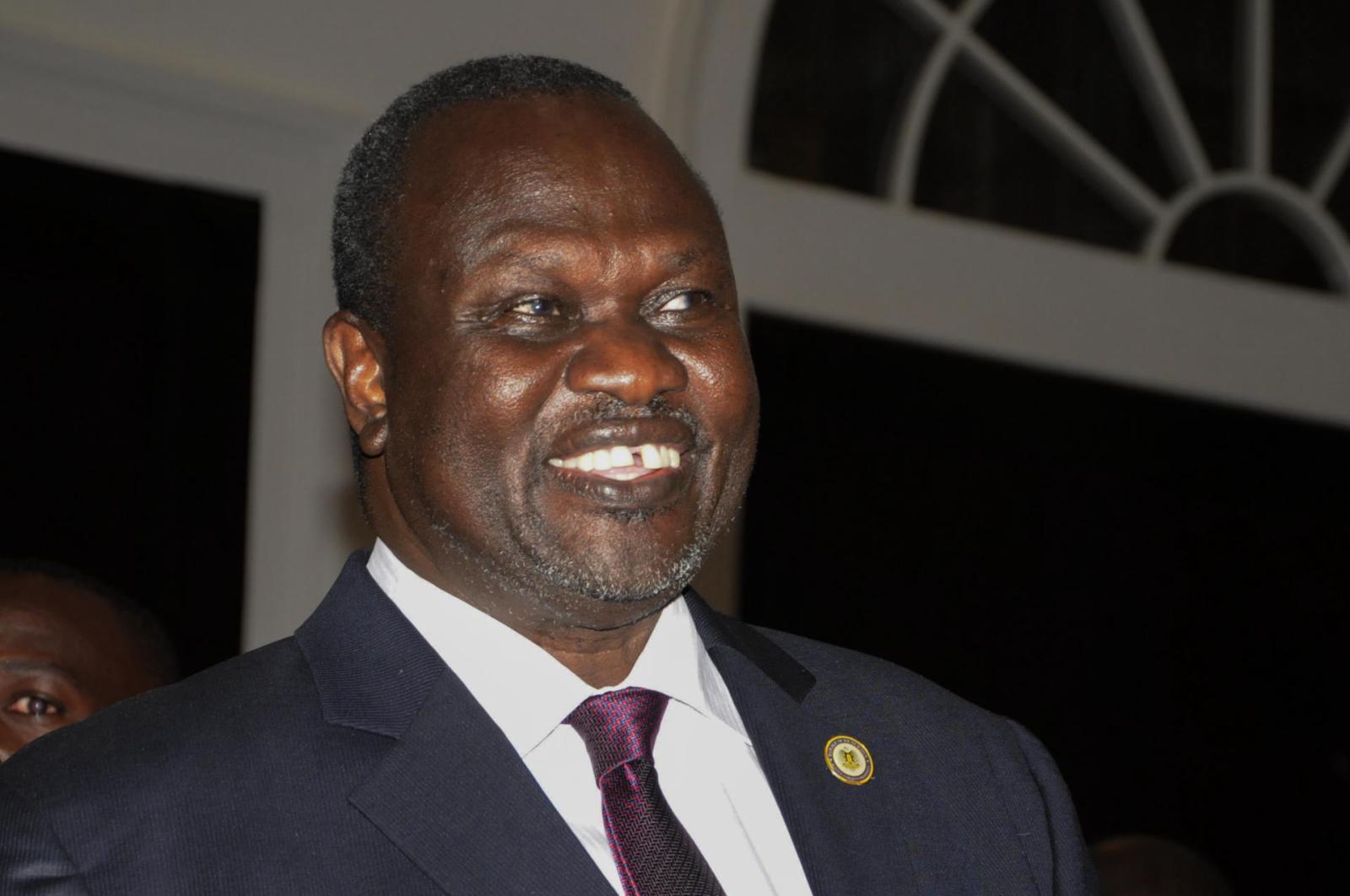 South Sudan's rebel leader Riek Machar smiles after the meeting in which he reached an agreement with his rival and the President of South Sudan Salva Kiir in Kampala, Uganda, 07 July 2018. Reports say the warring parties agreed on a power-sharing deal that sets Machar to return to his position as vice president of the country, quoting Sudan's foreign minister. EPA-EFE/STR

Despite the latest agreements, foreign interests and a continued elite wealth race are still a threat. By Duncan E Omondi Gumba and Akol Miyen Kuol

South Sudan’s government, opposition and rebel groups have signed an agreement that lays the foundation for a transition government. But many doubt that the current peace will hold.

The agreement suggests that the reservations of rebels and opposition groups have been resolved. It’s unclear though how regional leaders resolved concerns relating to the proposed transition government, the number of devolved states and a new constitution.

It is also unclear whether the root causes of the civil war – an untamed wealth race by the country’s elite and vested foreign interests– will still undermine the country’s political and economic affairs.

The elite’s relentless zero-sum scramble for power and profit has given rise to corruption and kleptocracy characterised by massive illicit financial flows that have impoverished the country. It took intense international pressure for the country’s belligerents to reach an agreement.

For the South Sudanese elite this agreement could be merely a chance to renegotiate a greedy political and economic order that maintains a stranglehold on the country’s revenue. The transition is fraught with risks that raise three pertinent questions.

First, what resources would sustain the transition government? Funding the bloated government of 40-plus cabinet members and 550 legislators, together with members of devolved state parliaments and administrations, will depend on oil revenue and international support.

The finance ministry says renewed oil production should make up for the over $4-billion revenue loss during the civil war. But governance ineptitude has led to donor fatigue, making international financial support less likely.

If the current large-scale waste, misappropriation and mismanagement continues, it is hard to imagine how the bloated government and growing military will receive salaries on time. Prompt remuneration will be critical to prevent discontent that can easily degenerate into more fighting.

Second, what is the economic alternative to oil? The landlocked country’s economy relies almost entirely on some 3.5-billion barrels of oil reserves. South Sudan remains dependent on foreign companies and its northern neighbour, Sudan, for its oil to reach the international market. The civil war destroyed or forced a shutdown of most oil rigs and devastated the economy while international oil prices dropped significantly.

The apparent alternatives to oil are international support, which is unsustainable, and investments in other sectors by foreigners and South Sudanese, mostly in the diaspora. Diversifying the country’s economy is unlikely if renewed violence keeps investors away.

For trade, the country would need its neighbours, especially Uganda and Sudan, which have supported either side of the belligerent groups to protect their own trade and oil interests. In this way South Sudan’s neighbours have fuelled the country’s civil war. These interests are not likely to disappear with the signing of the peace agreement.

Third, what if either Kiir or Machar or both were out of the equation? The success of the transition government depends on genuine cooperation and teamwork between them. Leadership alternatives to the two are likely to be viewed with suspicion or receive little support.

For instance, former deputy army chief-turned-rebel commander General Thomas Cirilo Swaka’s recent visit to the US to meet the South Sudanese diaspora caused jitters back home. It raised questions about plans for a regime change engineered by the US government using the rebel leader.

Any violent attempt to eliminate either leader is likely to have devastating outcomes for the country. Whether peaceful regime change is a viable option remains an open question though, since the current order is seen as guaranteeing access to public resources and personal wealth.

Mistrust between Kiir and Machar is likely to pose a big challenge to lasting peace if the two carry the past into the transition. Tension and the risk of violence would be a constant cloud over the country. Even if either or both were to be out of the equation for whatever reason, their political influence and corrupt networks are unlikely to fade quickly.

A change in approach that focuses on transparency and zero tolerance for corruption and kleptocracy is needed to ensure social, political and economic stability. For this, all parties need to be genuinely committed to lasting peace. Narrow foreign interests and a continued untamed wealth race among the elite will make this mission impossible. DM