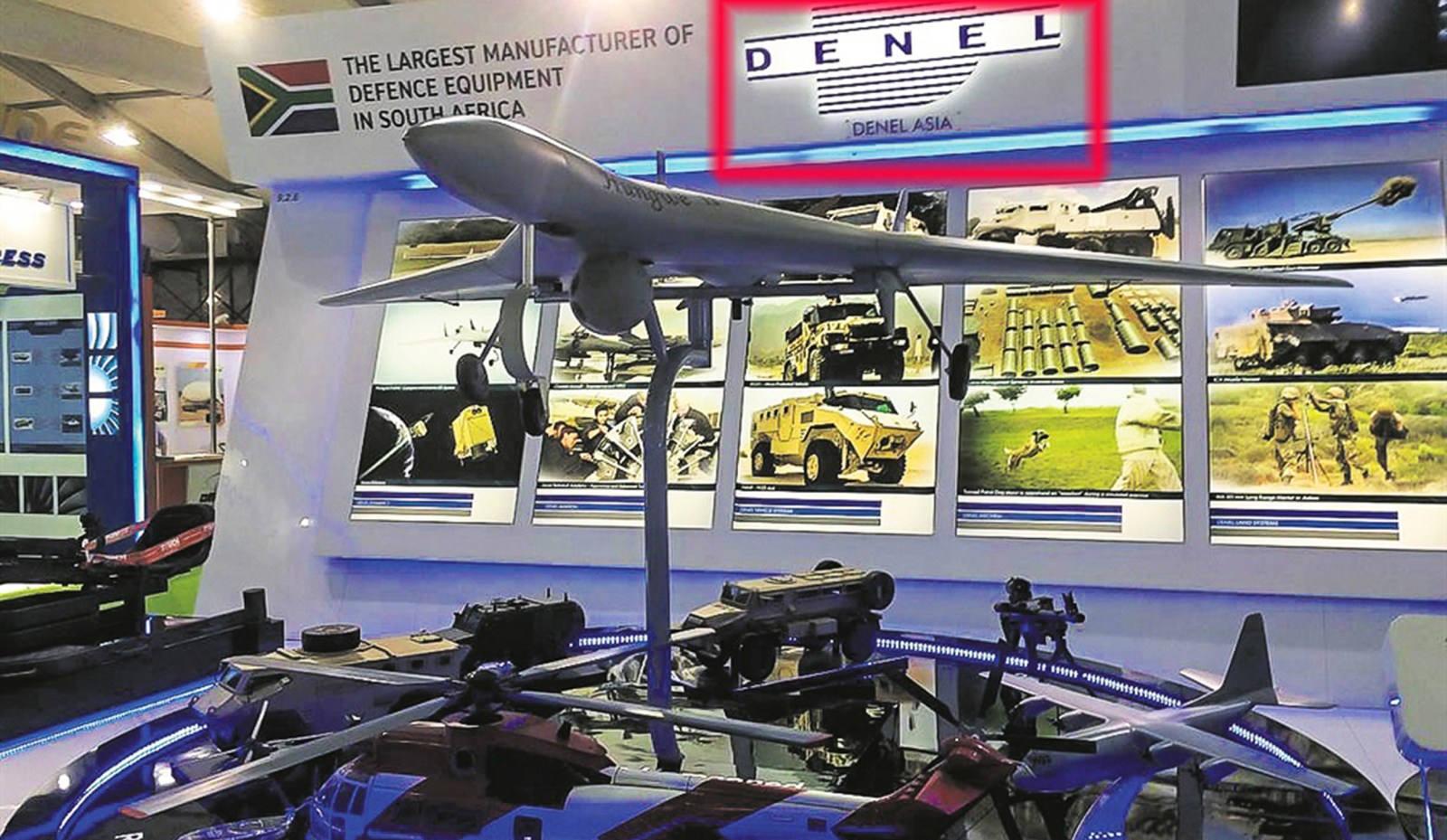 The similarities between apartheid-era corruption and contemporary corruption are clear, even in today’s democratic South Africa, supposedly accountable to its citizens. Corruption is old, but now wears a new face. And the Guptas did not challenge Western capitalist hegemony as some have suggested. They, and other business networks like them, perpetuate a system that rewards elites at the expense of the poor, who rely on state resources to survive.

Far from being the leader in human rights that was South Africa post-1994, the prevailing state is often cast by the media as inherently corrupt. As if corruption were a new phenomenon in our country. This engenders a view that associates racial identity with corruption, which entrenches Western supremacy. Simply put, black governments are corrupt because they are filled with black people.

But corruption present during apartheid endures, where connections between private networks and state structures conspire for ill-gotten gain. Global systems of business elites, aided by state officials, extract every morsel of value from public resources for narrow ends. In South Africa, the Guptas imitate the manoeuvres of established Western elites, for example constructing shell companies as platforms for tax evasion and money laundering from illicit financial flows.

And the arms trade’s murky world is fertile ground for the Guptas and their ilk. An international network in recent years attempted to hijack Denel, the state-owned arms company, in a move so audacious it was almost successful.

The Peoples Tribunal on Economic Crime, led by Open Secrets and other civil society organisations, took place at Constitution Hill in February. It held hearings on economic crimes that went unpunished during apartheid, making links to the 1999 Arms Deal and joining the dots to allegations of State Capture at Denel in 2015.

Hennie van Vuuren, the author of Apartheid, Guns and Money, revealed in his testimony the interconnected web of illicit practices that helped sustain the apartheid regime at a time it was considered a crime against humanity, and placed under arms sanctions. European financial institutions, German and Swiss companies, and the French and Belgian governments did business with the apartheid state and were shown to be complicit in what Van Vuuren calls “sanctions busting”.

At the tribunal, witnesses revealed how the same corrupt practices and actors from the pre-1994 trade were employed in the 1999 Arms Deal. The continuity was most observable in the fact that the apartheid regime’s Armscor is the direct ascendant of the currently operating state-owned enterprise (SOE) in military armaments, Denel.

In 1992, Denel is formed after a restructuring of Armscor, which is now the Defence Force’s procurement vehicle. Denel inherits Armscor’s production and research facilities, and more than 15,000 employees.

By the 2000s, Denel has contracts to supply arms to the Indian military, but in 2005 is banned for using third-party agents. This is unremarkable within the armaments business, but Indian authorities claim that using an agent company to secure contracts with the Indian military amounts to bribery.

In 2013, the Gupta family associate, Salim Essa, buys a majority stake in VR Laser, a Gauteng-based steel-cutting and manufacturing company.

The next year, without any demonstrable change to the situation, India’s ban on Denel is lifted.

In 2015, Denel’s new board is announced, retaining only one member, Johannes Motseki, who happens to be a shareholder in Gupta business ventures.

As early as six weeks after the board is constituted the CEO, CFO and company secretary are dismissed.

According to the Gupta email leaks, the new board chair, Daniel Mantsha, sends a municipal bill to the Guptas and has a Dubai trip fully sponsored by them. This happened amid the conception of a joint venture named Denel Asia — owned by VR Laser Asia and Denel. VR Laser by then has three directors: Salim Essa, Kamal Singhala (a Gupta relative) and another Gupta-linked associate.

VR Laser Asia is a shell company, a subsidiary of VR Laser in South Africa with no operational capacity, registered in Hong Kong, solely directed by Salim Essa.

In an application to gain approval for Denel Asia, Denel claims it is lucrative, but notoriously difficult to penetrate the Asian arms market, and specifically India, the world’s largest arms importer. It claims to choose VR Laser Asia for its influence in the Asian market. But VR Laser Asia had no substance to speak of, and VR Laser South Africa had no proven foothold in Asia.

The #GuptaLeaks revealed that VR Laser Asia was to grant a repayable R100-million loan to start Denel Asia.

Immediately after initial discussions about Denel Asia, Denel India is being conceived. It is proposed to be owned by Denel Asia (51%) and Adani Enterprises (49%), a powerful Indian conglomerate with links to Indian Prime Minister Narendra Modi. Anil Gupta, the proposed 17% owner of Denel India and a Gupta relative, is in email discussions about the deal with a proven property tycoon and money launderer, Parasmal Lodha.

Bearing in mind Adani’s presence in this story — the company’s activities in Australia attracted hugely negative media attention, akin to the Guptas here — it is not hard to see how the Denel heist was orchestrated by Adani and the Guptas, with the help of state officials in India and South Africa. Denel was, after all, effectively aiding the Guptas and associates to do business in Asia on the laurels of its brand presence, intellectual property and capacity, gained largely through state backing.

Although ultimately a foiled plan, the Denel story follows the general trend of State Capture as it has been observed at Transnet and Eskom, where SOEs are repurposed to benefit the Gupta network. What almost occurred at Denel went even further. The defence technology conglomerate was not only to be looted for a time, but would have become a source for perpetual extraction.

The similarities between apartheid-era corruption and contemporary corruption are clear, even in today’s democratic South Africa, supposedly accountable to its citizens.

Corruption is old, but now wears a new face. And the Guptas did not challenge Western capitalist hegemony as some have suggested. They, and other business networks like them, perpetuate a system that rewards elites at the expense of the poor, who rely on state resources to survive. DM

Waseem Holland is a researcher at the Public Affairs Research Institute and holds a Master’s in Political Studies. The People’s Tribunal on Economic Crimes delivers its findings at Constitution Hill on 20 September 2018.