Cosatu’s choice of Zingiswa Losi as new leader brings a new generation to the fore; breaks glass ceiling too 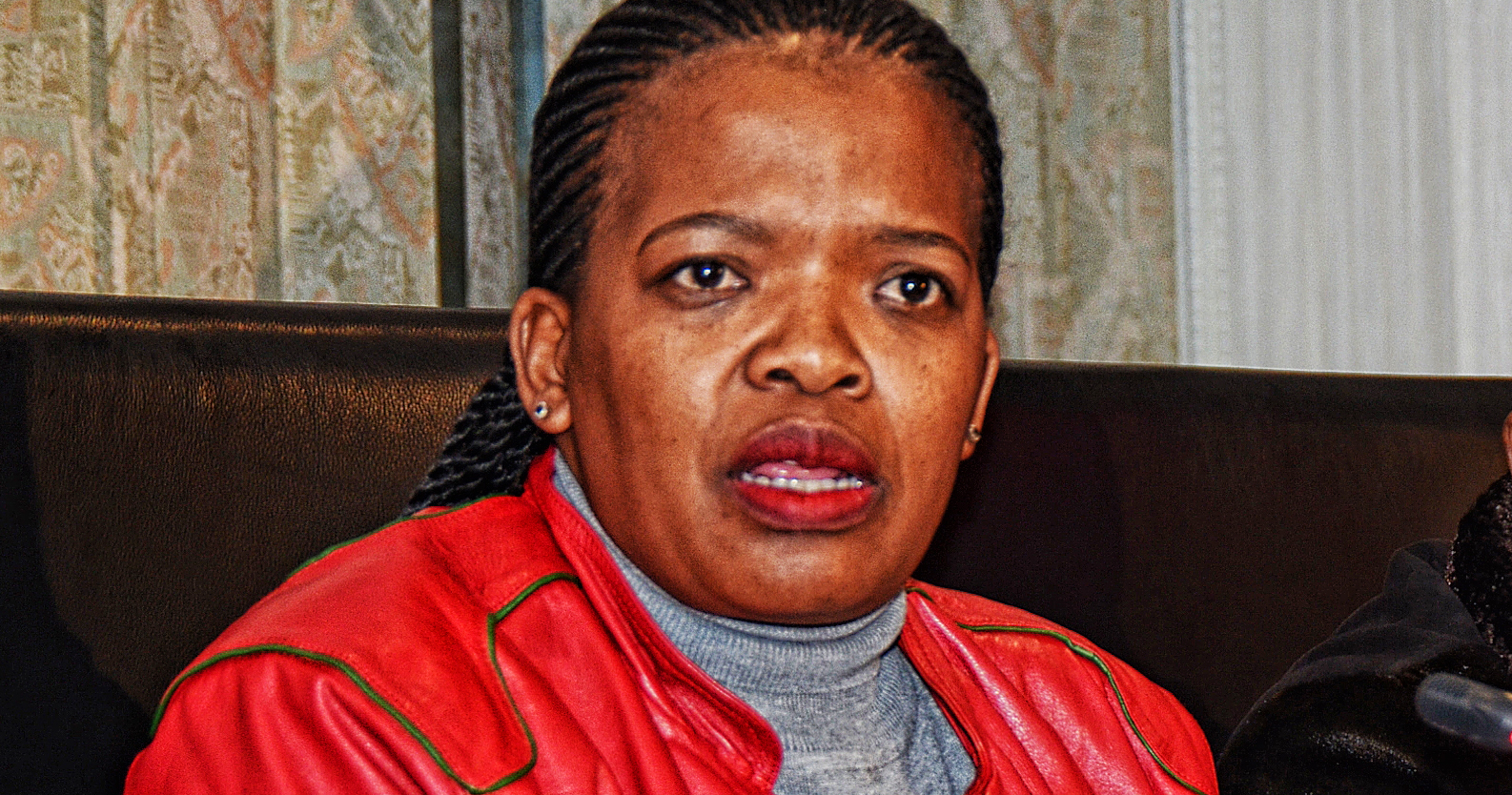 History has been made in labour federation Cosatu as it elected its first female president in Zingiswa Losi. This is about as far as the radical changes go, because discussions about the reconfiguration of its relationship with the ANC and the SA Communist Party have so far been along the same old lines.

Outgoing Cosatu president Sdumo Dlamini didn’t even attempt to put up a fight on the floor of the Gallagher Convention Centre in Midrand on Tuesday morning when it came to nominations for his position. Second deputy president Zingiswa Losi was nominated unopposed – a shoo-in.

“The purpose of his stay in office is no more. He is outdated,” one delegate said of Dlamini, who has frequently been out of step with the labour federation over his support for former president Jacob Zuma.

Zuma’s power is no more, so it’s out with the old.

Losi is generally not considered a factionalist, even though, in the race to become ANC deputy secretary general, she lost at the Nasrec conference to Jessie Duarte, while being a part of Cyril Ramaphosa slate. While those that have worked with her described her as resilient and hardworking, it’s possible that the labour federation is again looking to be close to power.

It was the second out of four long conference days, but already there was something tired about the gathering – and it was not just the suicidally twilight-dull grey interior of the Gallagher Convention Centre hall – as the programme clicked over to discussions about Cosatu’s political report in the afternoon.

Central to most discussions was the kind of relationship Cosatu wanted to have with the ANC – the leader of the alliance, by its own definition – and the SA Communist Party, which tested the polling waters by going it alone in the Metsimaholo Municipality by-election in November 2017.

Soon after, of course, much changed in the alliance, and with Zuma gone from the governing party’s leadership, alliance relations – previously strained by the ravages of State Capture – eased a little. Cosatu might, however, in future still back the SACP if the need arose to do something similar again.

In a proposed resolution, Cosatu said it would work with the SACP to build a “popular movement through a joint political programme” should it “take a decisive, unambiguous step on the question of state power” at its special conference which is expected to follow Cosatu’s own. (The SACP might yet at that conference decide to go it alone in elections.)

But it’s unlikely that Cosatu would soon embark on a folly similar to the one from 2010 when, led very much by outspoken general secretary Zwelinzima Vavi, it organised a conference with civil society organisations all on its lonesome (at the time, of course, the SACP was still under the impression that it had Zuma and the ANC ideologically captured).

In its political report for this week’s conference, the labour federation said the gathering, which excluded other alliance partners, was “un-strategic” (sic) and “deepened the tensions and contradictions within the alliance” rather than strengthened it.

The ANC and the SACP have similarly “flirted” with the idea of building alliances outside of the alliance, the document said, but this led to nothing too.

Again, this week, the labour federation is mulling the nature of the grouping, although it’s clear “that in general the alliance is not working” – its structures don’t meet to have joint formulation of policy or strategy, and they don’t “in general, confront common problems together and work out joint solutions”.

Cosatu clearly realises it’s in an abusive relationship. Before every elections there is the refrain from Cosatu that its workers, the best organised of the lot in the alliance, and the ones best financed by membership fees, don’t want to be “voting cows”. Too often they’re used by the ANC only to help with elections campaigns, but are discarded afterwards. The workers also complain that their resolutions always “get postponed because of the so-called economic growth problem”.

Some say Losi, who is from a younger generation and a no-nonsense leader, would not be sentimental when it came to considering alliance loyalties.

“We talk about the alliance every time at a conference, but this time we will settle the score for good,” a delegate said.

“Remember, she (Losi) is from a new and young generation.”

In 2019, however, Cosatu will again be supporting the ANC in its elections campaign. It will establish structures to “effectively participate in the elections process”. It wants elections day to be “a non-trading public holiday”. Workers’ issues must be addressed in the ANC’s latest elections strategy/manifesto “Thuma Mina” (send me) document.

Sadtu and Nehawu speakers got up to approve of Cosatu’s continued support for the ANC, but also said Cosatu should consider throwing its weight behind the SACP if it decided to contest elections.

ANC chairperson Gwede Mantashe, who has deep roots in the trade union movement through the National Union of Mineworkers, and who was attending part of the discussions, also requested a turn to speak.

He told delegates the ANC wasn’t like Father Christmas, with a bag full of goodies to hand out.

“We must not undermine ourselves in the alliance. We can’t speak from both sides of the mouth,” he cautioned.

In his speech to Cosatu on Monday, President Cyril Ramaphosa urged unity in the alliance ahead of the elections.

“I’d like to say, those who will get into actions that disunite our people and divide our people must be exposed.”

He added that the “army” of the alliance should go to the elections united, is if off to “war”.

SACP general secretary Blade Nzimande also spoke against those who were allegedly planning to oust Ramaphosa and cause upheaval in the party.

For all their talk of power, however, Cosatu’s mobilising capacity was reducing. Its membership has fallen from 2.2 million in 2013 to 1.6 million in 2018 (assuming all the membership figures given ahead of the conference were correct).

If Cosatu truly were about workers’ issues, talks with other labour federations like Fedusa, Nactu or Saftu, which was founded by Vavi in 2017, would also be on Cosatu’s to-do list. This is, however, not high up on Cosatu’s agenda quite yet. DM