An appeal to Parliament: Clean up your toxic working environment 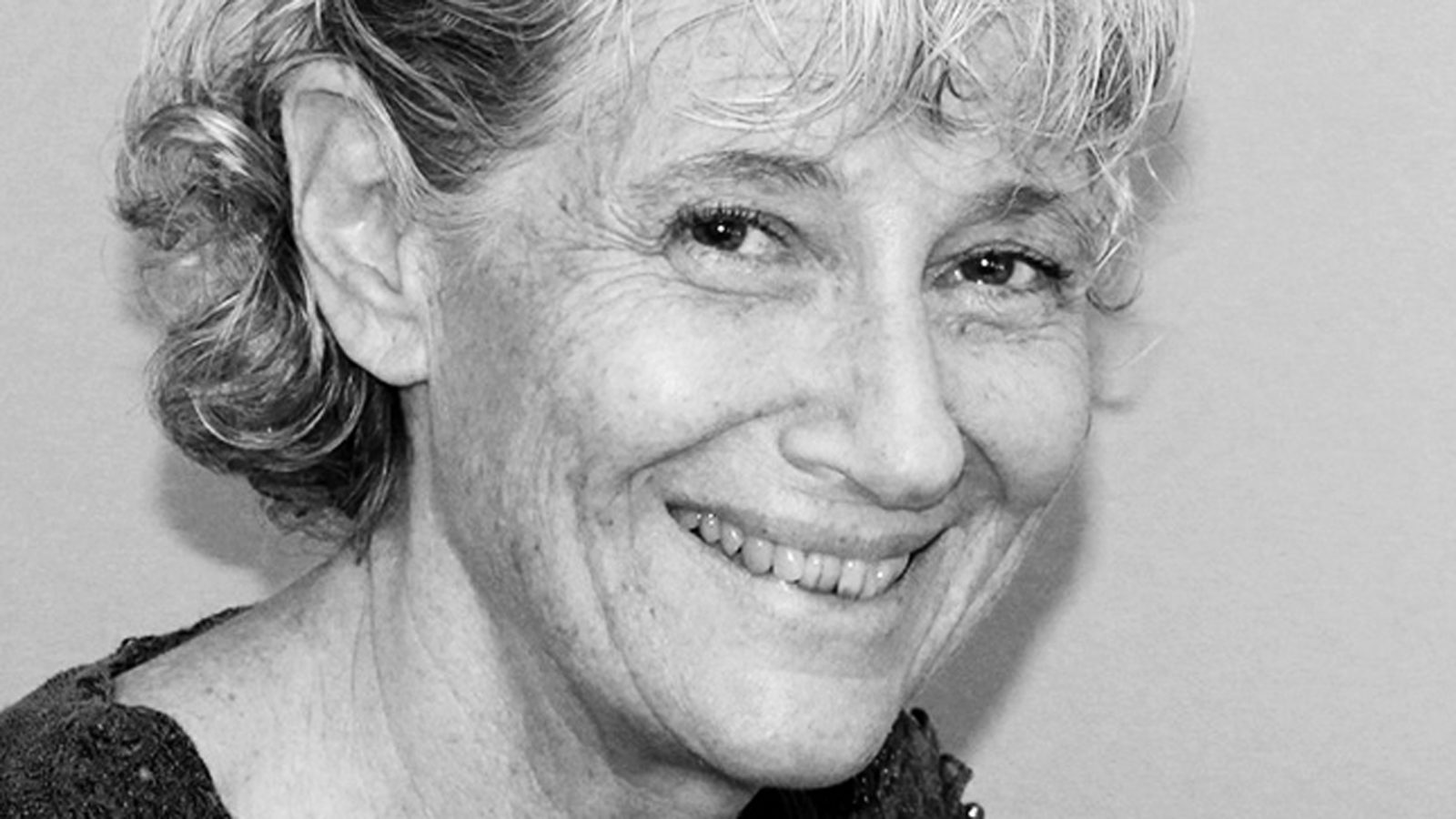 As a former employee at Parliament, I am shocked, horrified, but not entirely surprised, to hear that a parliamentary worker committed suicide at his office last week.

Buried under the outcry over an apparent security lapse at Parliament lies the fact that a staff member used a firearm to kill himself, while sitting at his desk. Whatever there is to be said about security, that is not the cause of this tragedy.

One of the main office blocks in the precinct of Parliament, 90 Plein Street, houses hundreds of staff members. No one may enter without a staff permit that electronically opens first the turnstile and then all doors leading to all floors. These permits are activated only after a security check on the individual has been conducted.

Citizens who are there on parliamentary business, or the multiple visitors including large school groups which book for the popular parliamentary tours, are required to wear around their necks large ID signs bearing their photos, which have been taken and printed by security officials before they may enter the premises.

What else could reasonably be done to secure the parliamentary premises? A body search of every individual entering that huge, ugly building would cause hours of back-ups at the entrance, especially at the start of each working day when crowds of staff have to patiently await their turn to squeeze into the bank of overcrowded elevators.

I am reminded of this amid the outcry from Parliament that a staff member managed last week to carry a firearm into Parliament, where he then took his own life.

National police commissioner Lieutenant-General Kehla Sitole is to be called to Parliament to explain a “lack of proper security measures”. The response from the Chairperson of the Police Portfolio Committee, Francois Beukman, was that the incident “raises serious questions regarding police deployment at Parliament”, and early reports focused on the fact that a member of the Cabinet, the Minister of Agriculture, Forestry and Fisheries, was at risk as he was addressing a meeting in an adjacent building.

Those who have expressed concerns and issued statements condemning flaws in security at Parliament will have to accept that the head of Parliament’s security and her deputy were long ago unfairly dismissed. The security staff do what they can.

All bags are scanned by X-ray machines at every entrance and some buildings even have body scanners. The precinct is swarming with security officials, sniffer dogs and there is even a police station on the premises.

The collective parliamentary condemnation of apparent flaws in security control divert attention from the reasons that an employee of our People’s Parliament entered the building bearing a firearm, made it to his second-floor office and took the decision to take his own life.

Parliament, if you care at all about your people’s well-being, look not at the scanners and security teams at the gates, but at the possible reasons a parliamentary employee took his own life, in an office of Parliament, which to anyone willing to listen could sound like a terrible comment on the very place itself.

Before you divert more resources to security, consider the budget cuts that have already resulted in staff shortages, lack of capacity and massive – to some, possibly intolerable – pressure under which many of your staff work.

I do not personally know the victim, and it would be inappropriate to speculate about the complexity of reasons he took his life. But the man, whose name has not officially been made public, allegedly shot himself after a brief meeting with the human resources department where he was told that his five-year contract would not be renewed.

I personally know a number of people who have described their own experience of this meeting, or of simply finding a letter pushed under their door with the message that their contract has reached an end. There is nothing they can do except accept unemployment or embark on a panicked search for a job, when they’re only years away from retirement.

I resigned six months before my contract came to an end. Among the many reasons that I preferred to jump ship and swim to some unknown shore was the prospect of knowing that I may too be ordered to walk the plank, without forewarning, possibly at the very last minute.

If its intention is to give younger, committed and talented staff the opportunity for promotion, a policy which is actually written into Parliament’s own staff code of practice as well as its agreement with the trade union, that then could be understandable.

But why then consistently overlook existing staff when vacancies arise? Why head-hunt, mostly among card-carrying members of the ruling party, when Parliament is full of long-standing capable and experienced staff, many of whom readily take on extra responsibilities in an acting capacity, almost always to be told that it was temporary?

Any successful working environment avoids demoralising its staff in this way, and knows that any career-driven, ambitious individual (who has not yet been trapped by a hefty mortgage or other loans), will leave if they see no opportunity of future development and go elsewhere to pursue their careers. Parliament has lost many good people as a result.

But to return to a question that I expect parliamentary HR officials, the presiding officers, and any of us associated with Parliament and who care for it as a cornerstone of our democracy, to ask: Why would a successful mid-level manager in his later ’50s come out of a meeting with HR, sit down at his desk, and kill himself?

It would be presumptuous to guess what is going on in another person’s troubled mind. But as a manager who for almost six years worked in an environment that can at best only be described as Kafka-esque, the shocking tragedy raises questions about Parliament’s employment practices.

For one thing, why employ your higher-level staff on short-term contracts, when it is they who bear the most responsibility — in a very politically sensitive environment — and who manage sometimes myriad junior workers?

Older staff, many of whom have worked in Parliament for years, cannot be expected to get ever closer to retirement age under the shadow of possible pending joblessness. What kind of management withholds the basic right of job security from the very people upon whom it relies the most?

This insecurity is intensified by a curious parliamentary practice of waiting until possibly the last calendar day of a contract, or even after it, to notify a staff member whether their contract will be extended or not.

Older staff, who have mortgages and children at university and loans supporting a lifestyle that Parliament’s very generous senior salaries make possible, cannot be left with no notice or forewarning that they are suddenly to become unemployed only years away from retirement.

Only an inefficient company is capable of doing that, or an institution that has become so cynical, uncaring and disrespectful of its staff that it uses this ever-present threat to keep staff in line and salary budgets under control.

Good management takes seriously the principles that our post-apartheid democratic labour dispensation is premised on.

Why is our Parliament not one of those employers?

Why does it not guarantee the right to job security, as our law requires?

Why has staff development become so difficult to access, so that only the likes of the now suspended former Secretary to Parliament was entitled to it?

Why is promotion practically unheard of? How can a signed performance agreement that promises a bonus for work above a certain level be simply discarded — and I ask this as a former manager who was indeed forced to break such a contract that I had signed?

“The untimely and tragic passing away of a 57-year-old male middle manager who shot and killed himself in Parliament this past Friday, 14 September 2018 may have been a shock to other people, but not to those of us who regularly deal with cases of victimisation, bullying and abuse of power by some members of senior management at the National Legislature,” the union said in a statement

“Something like this was bound to happen, especially when you consider the amount of ill-treatment that ordinary workers, junior and middle managers have to endure from some members of senior management. Some of these senior managers are so incorrigible because no decisive action is ever taken against their intransigent behaviour.

“The union and other workers continue to lodge grievances against these managers, but no one ever acts on those complaints. This non-action has caused many workers to lose hope, forcing others to resign from Parliament without having other jobs to go to. Unfortunately, the political leadership of Parliament has not done anything to help the situation, because they apparently can’t involve themselves in matters of the administration.”

My heart goes out to the victim’s family and friends, and my concern lies with former colleagues who continue working for an institution that is commonly described by those employed by it as “toxic”.

This is not the time or place to attack Parliament. It is instead a heart-felt appeal from a former employee who is shocked, horrified, but not entirely surprised, to learn that a parliamentary worker committed suicide at his desk last week.

Management must undertake to flush out the poison that everywhere leaks into Parliament’s institutional culture. DM

Moira Levy was employed at Parliament from January 2012 to June 2017.