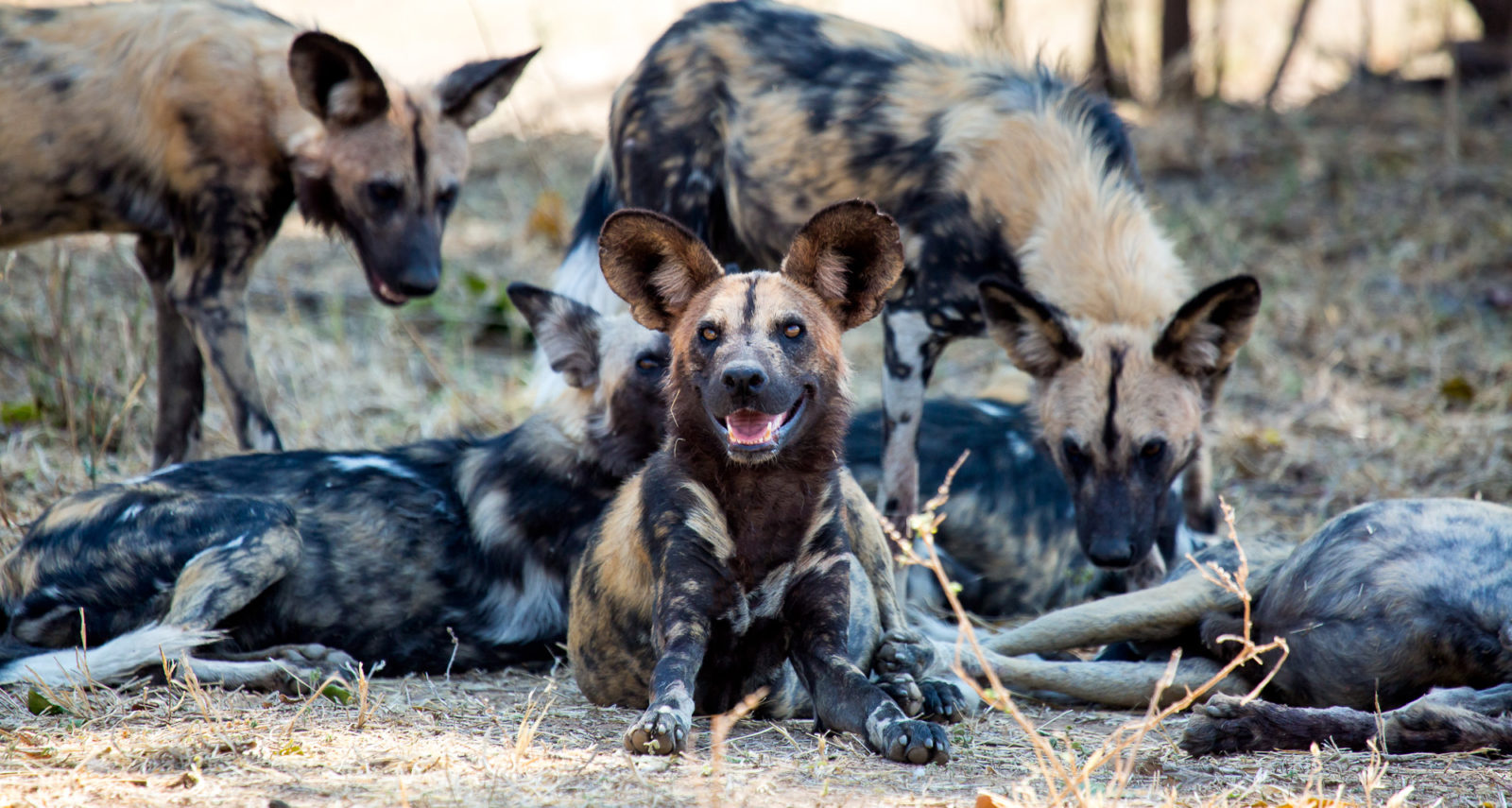 There are about 450 adult wild dogs in South Africa and 14 of them – 5.6% of the SA population – have been holed up in a boma in Tembe Elephant Park for nearly a year as humans with different agendas squabble over what to do with them.

Today they’re listed as endangered with a very high risk of extinction in the wild. They’re the second most threatened carnivore in Africa after the Ethopian wolf and the most endangered in South Africa.

They’ve been exterminated across much of their range: virtually extinct in West Africa and greatly reduced in Central and North-east Africa. The largest populations are in Southern Africa.

Wild dogs are understandably a huge tourist attraction – considered one of ecotourism’s “Big 7” – and that, in part, seems to be one of the issues in the Tembe litigation and finger-pointing. They also, occasionally, eat cows. 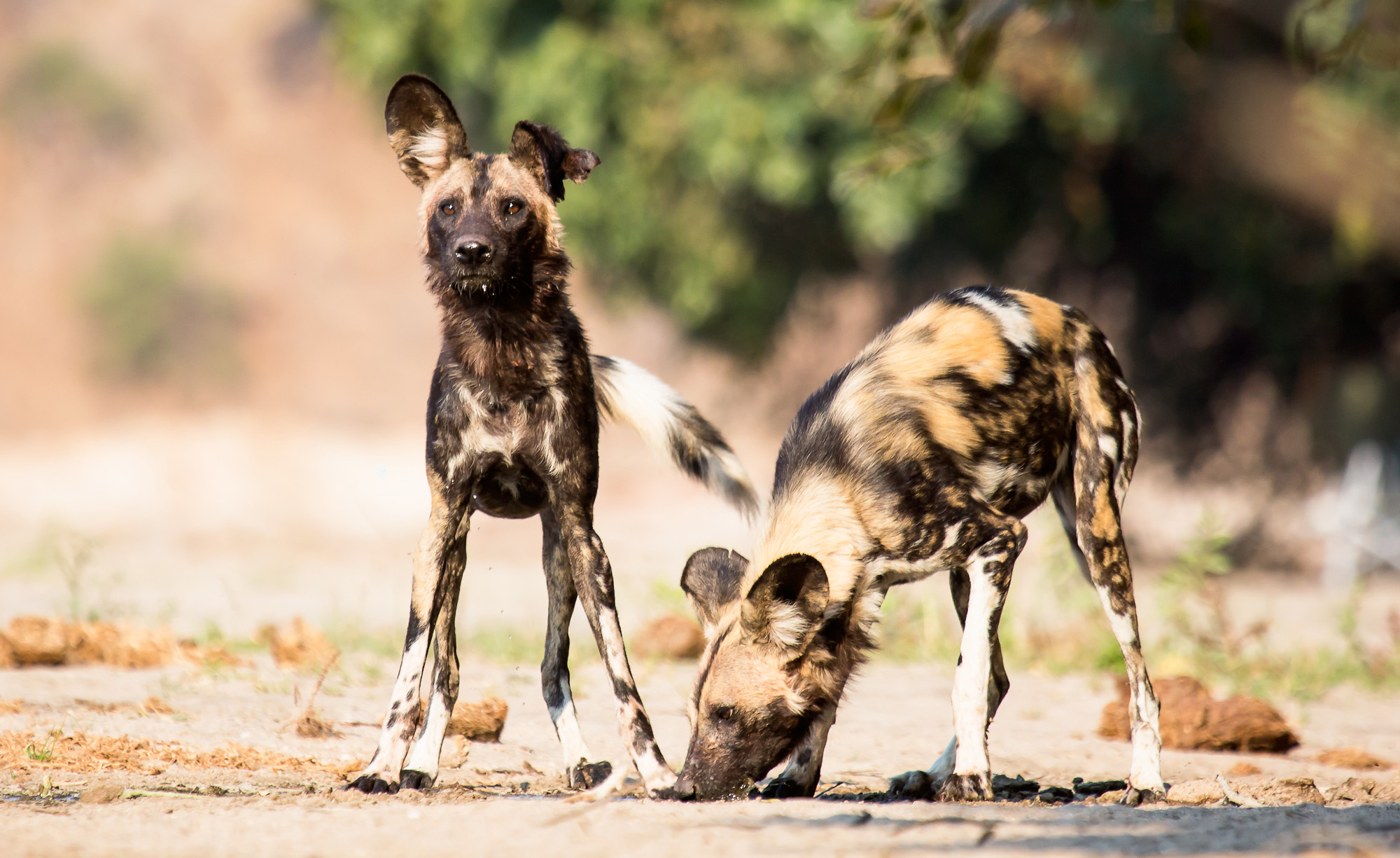 Here’s the backstory. In 2011, as part of its efforts to expand the range of wild dogs in KwaZulu-Natal, the Endangered Wildlife Trust (EWT) introduced several wild dogs to Tembe, which lies along the SA/Mozambique border. But in 2015 they broke out of the park, possibly because of threats from the increasing lion population – and livestock were easy picking. So most of the pack was rounded up in 2016 and sent to Northern Tuli in Botswana.

A second group of dogs were brought in and housed in a boma. Perhaps they’d be better behaved. But they soon broke out of the boma and joined a few members of the previous pack. At about this point the battle over their future began.

There are now 14 in the new pack – known as Albie’s Pack – and by all accounts they’ve never broken out of the reserve to go cow hunting. So where’s the problem?

The first issue is about space. Tembe is a provincial park run by Ezemvelo KZN Wildlife which, earlier this year, announced it was going to move the dogs to Pongola, citing “scientific evidence suggesting Tembe is too small for wild dogs”.

Ecologist Wayne Matthews, who worked in the park for many years, agrees on the space issue. “It’s not the normal roaming distance for these animals. So they’re going to want to break out.”

An intensive study by EWT – which has considerable experience with wild dogs – refuted this, citing expanding nyala and impala populations and 23% more space than 14 wild dogs would require. It recommended that the dogs be released from the boma.

Matthews agreed there was enough for the dogs to eat, but a problem was that instead of catching nyala and impala, they were tending to pick off the suni antelope. ‘That’s a red flag, they’re a Red Data endangered species, so their protection supersedes the priority of the wild dogs. And smaller stuff can take a hammering.”

While they may be easy pickings, it turned out they’re actually not an endangered species. The Red Data listing is that suni are “not considered close to meeting any threshold for threatened status and it is confirmed of least concern”. Legitimate lunch? 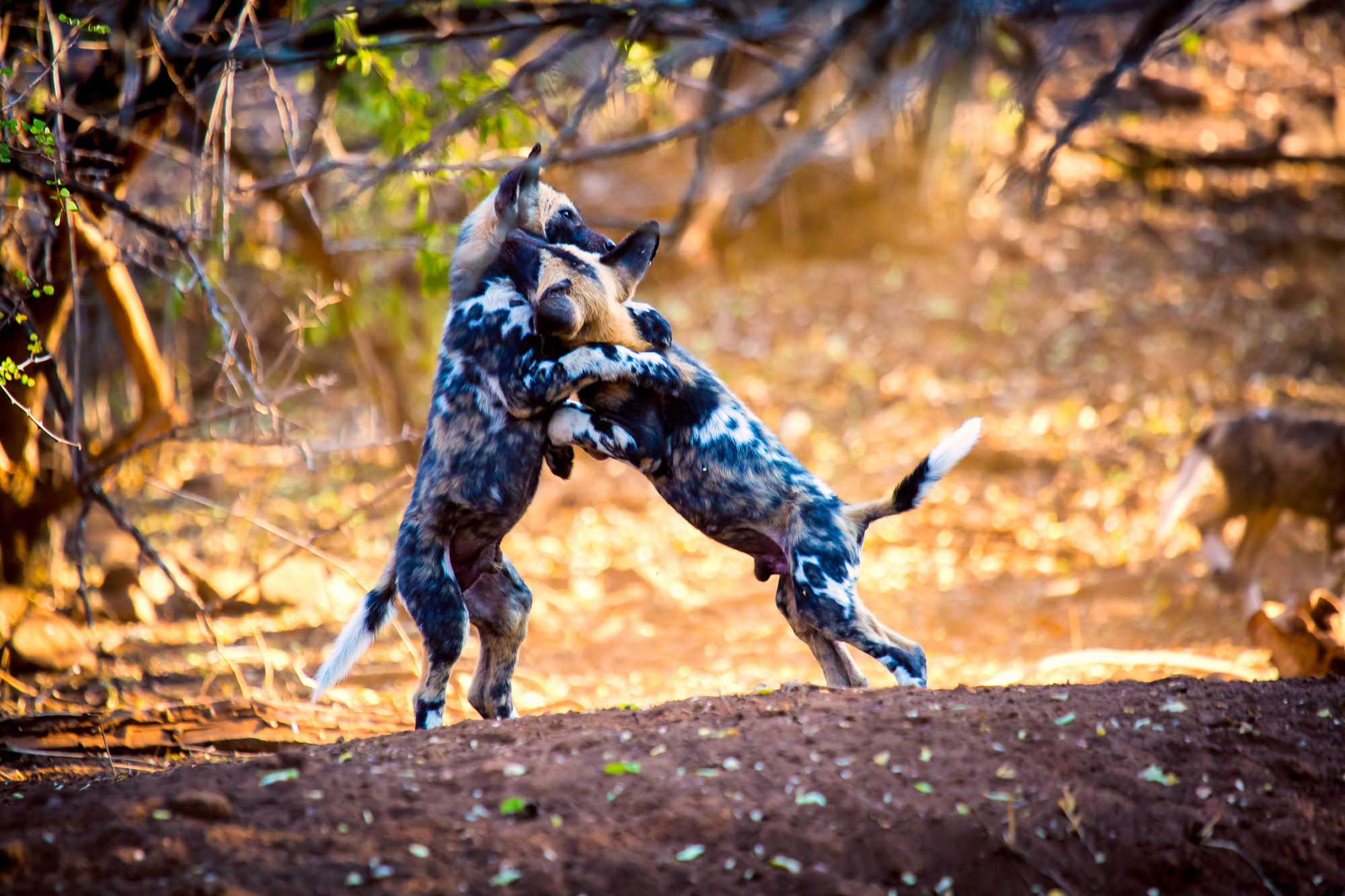 Ezemvelo, however, doesn’t mention suni, but won’t budge on the space issue. This does, of course, beg the question why, if they were worried about space, did they agree to release a predator into the reserve known to have large, well-protected litters?

The pending removal has rung alarm bells for Tembe Safaris, which has a tented lodge in the park (the only accommodation) and for which wild dogs are a big tourist attraction. In June this year it filed an affidavit against Ezemvelo to prevent their repatriation.

According to the affidavit, Tembe Safaris has a vested interest in the park and a right to be consulted on wildlife decisions: “Tourism is vital support for the park and wild dog sightings are among its greatest attractions, so their removal will result in a decline in tourism.”

This would not only negatively affect the safari company, but its 55 local Tembe employees.

The affidavit points out that the reason the dogs escaped was because Ezemvelo failed to maintain the integrity of the fences. However the local community, it says, support the release of the dogs, both because of the value of employment, but also because Tembe Safaris has undertaken to pay compensation for any farm animal killed by wild dogs.

The company has agreed to recapture the dogs after release if this becomes necessary, compensate the local populace for any damage caused by the dogs and pay for the fitting of electronic monitoring collars so they can be tracked at all times. If they are removed, says Tembe Safaris, “there is scant chance that they will ever be reintroduced”.

In support of their affidavit, the veterinary organisation Saving the Survivors has warned that keeping wild dogs in a boma for protracted lengths of time reduces their ability to survive interactions with lions and to hunt. In a letter to Tembe Safaris, Ezemvelo’s lawyer disputes this, saying “a pack released into Gorongoza after a two-year period in confinement re-adapted perfectly well,” but does not offer scientific support for this.

The attempt by Tembe Safaris to halt the removal is clearly a final straw in a list of irritations with Ezemvelo. According to their lawyer, Patrick Lander, these include:

According to Wayne Matthews, if Tembe Safaris and Ezemvelo had a good breakout protocol and a compensation fund for local community for stock loss, it would be better, on balance, to release the dogs from the boma than cooping them up for months and months. 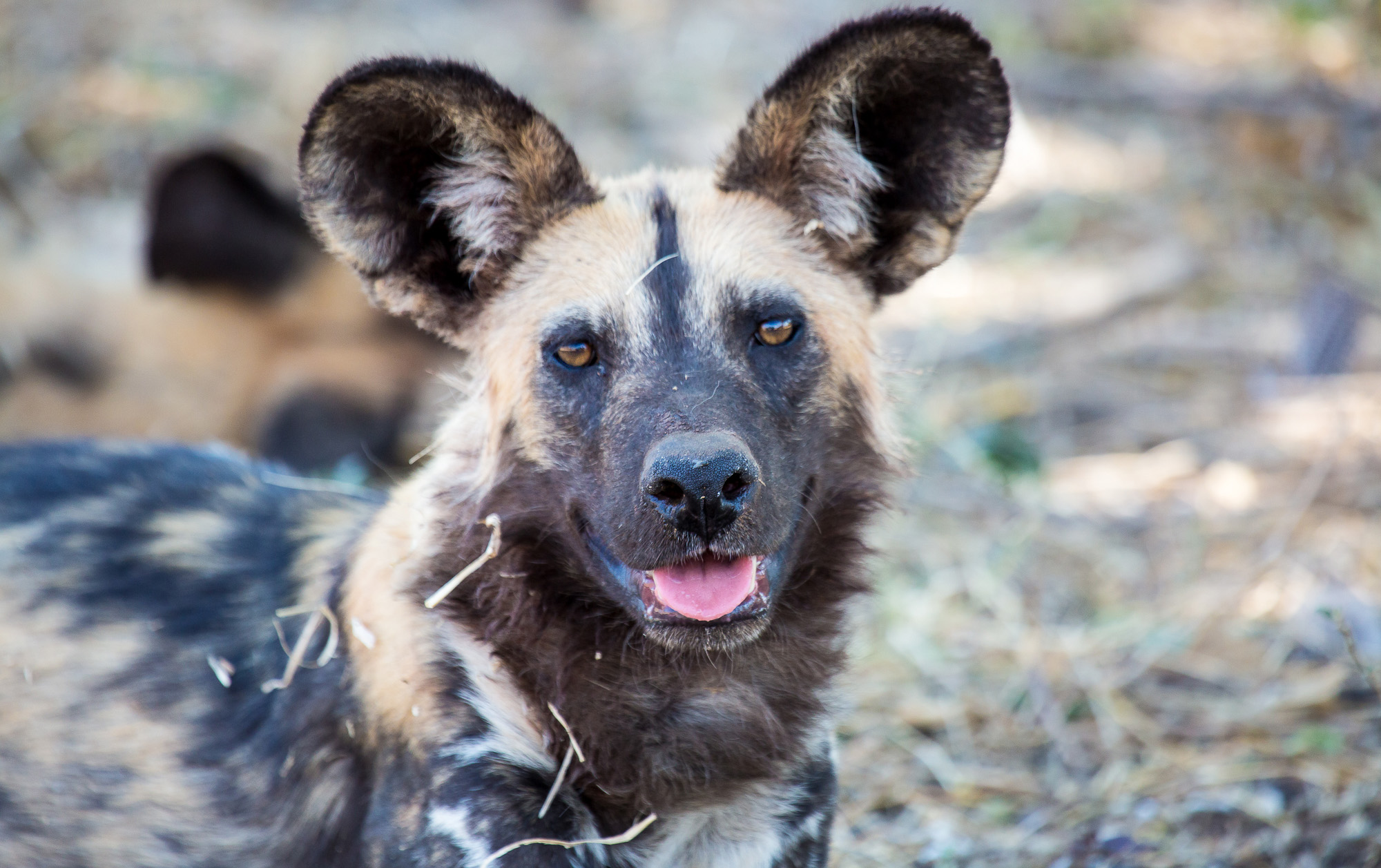 “It’s not good to have wild dogs in a boma. You need to get the basics right. Sort out compensation, let the dogs go in and out of the park if they do, but have local people employed to monitor them. Fix the fences, get the community involved – these are management issues. It’s no good people throwing their favourite facts at each other and getting into litigation.”

Ezemvelo has agreed to pause on repatriation of the dogs pending legal procedures to be heard in court at some future date and, meanwhile, hearing the opinion of the local community. However the chairperson of the Tembe Community Trust, Joel Mthembu, is in no doubt about the value of keeping the dogs in the park.

As the arguments continue, however, 14 now un-wild dogs hang out in a small boma waiting to do what they do best – run wild and free. It’s not a pretty conservation picture. DM

Murray Hunter for amaBhungane • 5 hours ago