The necessity of dealing with Ace Magashule 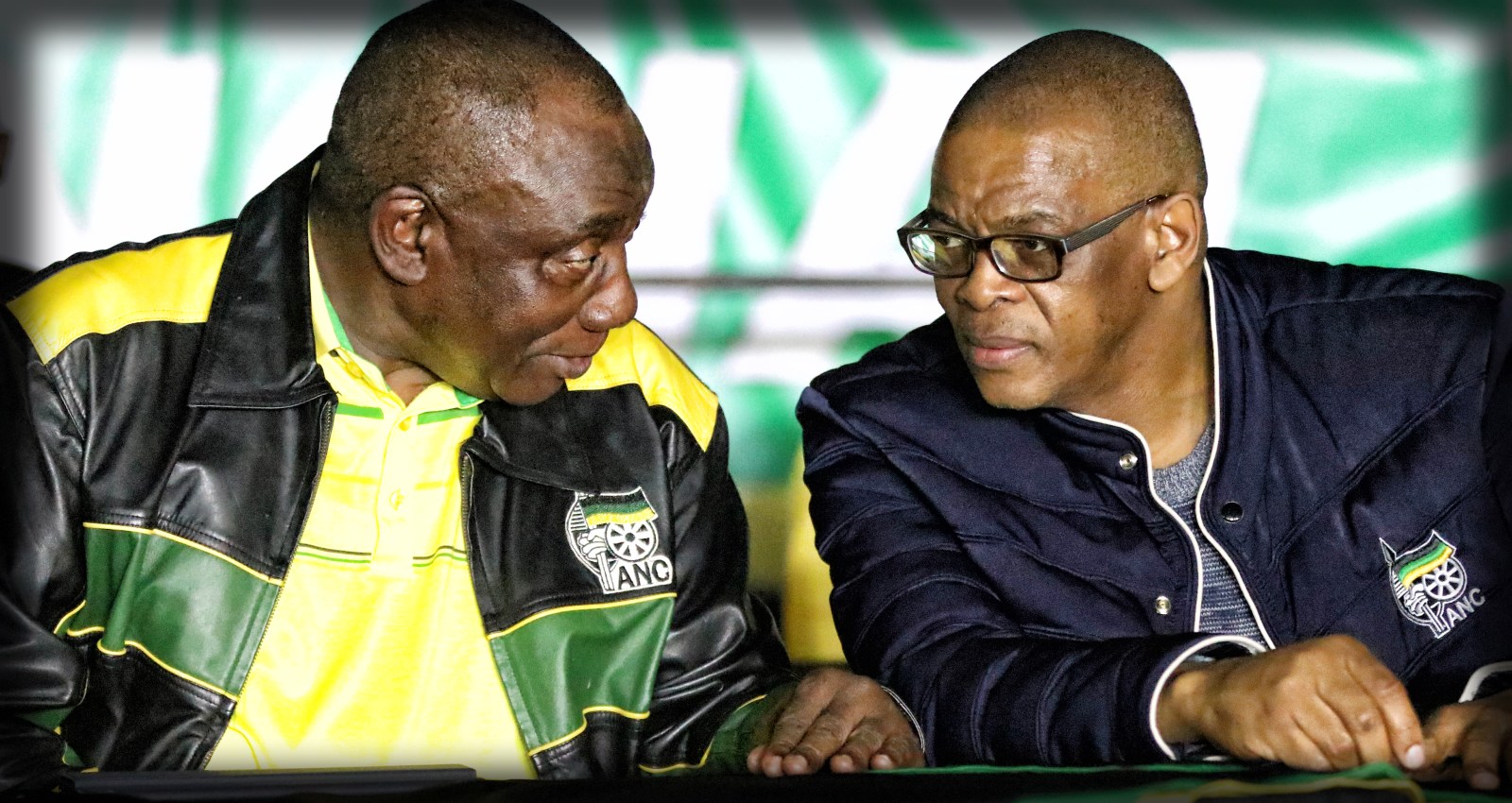 The situation in the ANC has been difficult to balance or fully understand since the leadership contest result was announced at Nasrec. Still, Monday may go down as the day that saw Ace Magashule moving towards the “losers” corner. While he has denied meeting with former President Jacob Zuma, calls have started for some form of action to be taken against the embattled ANC Secretary-General.

While Luthuli House’s official response is best described as “nothing to see here, move along”, it now seems unlikely that Ace Magashule will survive this with his political power intact. At the same time the ANC headquarters were playing invisibility game, more revelations at the Zondo Commission into State Capture revealed how the provincial department Magashule led gave huge amounts of money to The New Age newspaper.

Magashule would have woken up on Monday morning knowing this was not gonna be one of those rare Mondays that make you want to skip with joy. The evening before, the spokesman he deploys, Pule Mabe, had hit the airwaves, explaining how the meeting pictured in the Sunday Times had not existed.

The general reaction to this, of course, was that he was speaking rubbish.

While ANC Youth League KwaZulu-Natal provincial secretary Thanduxolo Sabela, who was also named as being a part of the meeting, joined him in the interview rooms, other evidence emerged suggesting that such a meeting indeed took place. One person called in to SAfm to explain how he had been at the Durban hotel on Thursday morning, and saw some of the named people leave. Intriguingly, he also suggested he had seen former Communications Minister Dina Pule and former ANN7 “analyst” Sifiso Mahlangu at the hotel as well.

Then, via Twitter, came some more developments. After ANC Chief Whip Jackson Mthembu had already said this “deserves the urgent attention of the NEC”, Tourism Minister Derek Hanekom also chimed in. He responded to a tweet from the Sunday Times journalist Qaanitah Hunter, who had broken the story, who explained how she had received a picture of a gun from the secretary-general of the ANC Women’s League.

Hanekom’s response was that “this is outrageous” and that “it cannot wait until the next scheduled NEC meeting”.

Then, Cosatu joined the growing chorus, saying it was clear there was a “fightback” against the Nasrec result, and that Zuma “held a deep hatred” for how he had been treated. Then it went further than anyone else, saying that if this plot to remove President Cyril Ramaphosa were to gain momentum, they would advise Ramaphosa to dissolve Parliament and start again. Which appears to suggest they would recommend early elections, rather than let someone else govern through the ANC.

While all of this was going on, the Zondo Commission was hearing exactly how much money had been funnelled through the Free State provincial government to The New Age. Of course, this was while Magashule was in charge of that government. At the time, it was pretty obvious. There seemed to be advert after advert for the Free State provincial government in that paper. And considering there were literally no other advertisers apart from government, these were pretty easy to spot.

So then, where does all of this leave us?

Magashule is surely the highest-ranking public supporter of Zuma still left in the upper echelons of the ANC. If he were to be removed, it would surely shift the balance of power in the party, bringing the fake unity we’ve seen in the ANC to an end. On Monday afternoon the head of the Presidency at the ANC, Zizi Kodwa, held a brief press conference at the Zondo Commission. He was inevitably asked about the Zuma, Magashule and others meeting. It appears he sidestepped the major issues, but he did confirm it was not an ANC meeting. He also said that this is not something the ANC would ask these people to account for.

However, his comments appear quite unlikely to reflect reality. It may well be that both sides in this are still trying to find their way to working out a strategy. In other words, we’re in the phony war stage. But if Ramaphosa has been needing public proof of a hitherto secret enemy action before making a move, now he has it. More important, if he does not act, he will appear weak, something no politician/leader in his position can afford. Additionally, he is the one being moved against, and so he must take out his opponents rather than give them space to plot more moves against him.

So it is rather obvious Ramaphosa needs to move sooner rather than later. Surely no political party in the world can survive an election when one of its top officials does not appear to have its interests at heart. In this case, the ANC is about to go into the most contested election in its history, and the position is that of the secretary-general.

And as strong as the ANC may sometimes appear, it could be disastrous to let this go on for too long.

First, it would mean the ANC is running the risk of some kind of massive implosion during the election campaign itself. While stories of Zuma or someone else creating a party to challenge the ANC have been strongly denied, so have meetings between Zuma and Magashule, and they appear to be perfectly real. And there is also some polling evidence that much of the voting public would like to see strong action being taken against those implicated in State Capture. In this case, that would mean Magashule himself. Without this firm action, it will surely be harder for the ANC to sell itself as a party that has really renewed itself after the Zuma years.

For Ramaphosa, this is a rather useful argument. Just as some people at Nasrec are believed to have voted for Ramaphosa simply because they believe the electorate would not vote for Nkosazana Dlamini Zuma, so Ramaphosa can now argue it’s a necessity, electoral and otherwise, to remove Magashule.

All indications are that the final round of the Nasrec bout is about to begin. Of course, there are other alternatives. Ramaphosa could decide to wait still further, for more information about Magashule’s alleged role in State Capture to emerge. For him, the Zondo Commission is the gift that keeps on giving, and there are bound to be more nuggets to come that weaken his opponents. Ramaphosa has shown so far that he usually prefers two directions: take the course that will result in the most votes, and avoid risks, if at all possible. He could decide acting now is too risky, but, frankly, there is probably a greater risk in not acting now.

One thing seems to be certain. Those opposed to Ramaphosa will not rest easy, and are likely to become more desperate as the Zondo Commission rolls on. It has now, already, reached a point of no return, in that politicians should not be able to control it. That means there will be more testimony and more fallout to come. Which should certainly not make Magashule’s life less complicated. DM