Rebellion and the Presidency, Part One 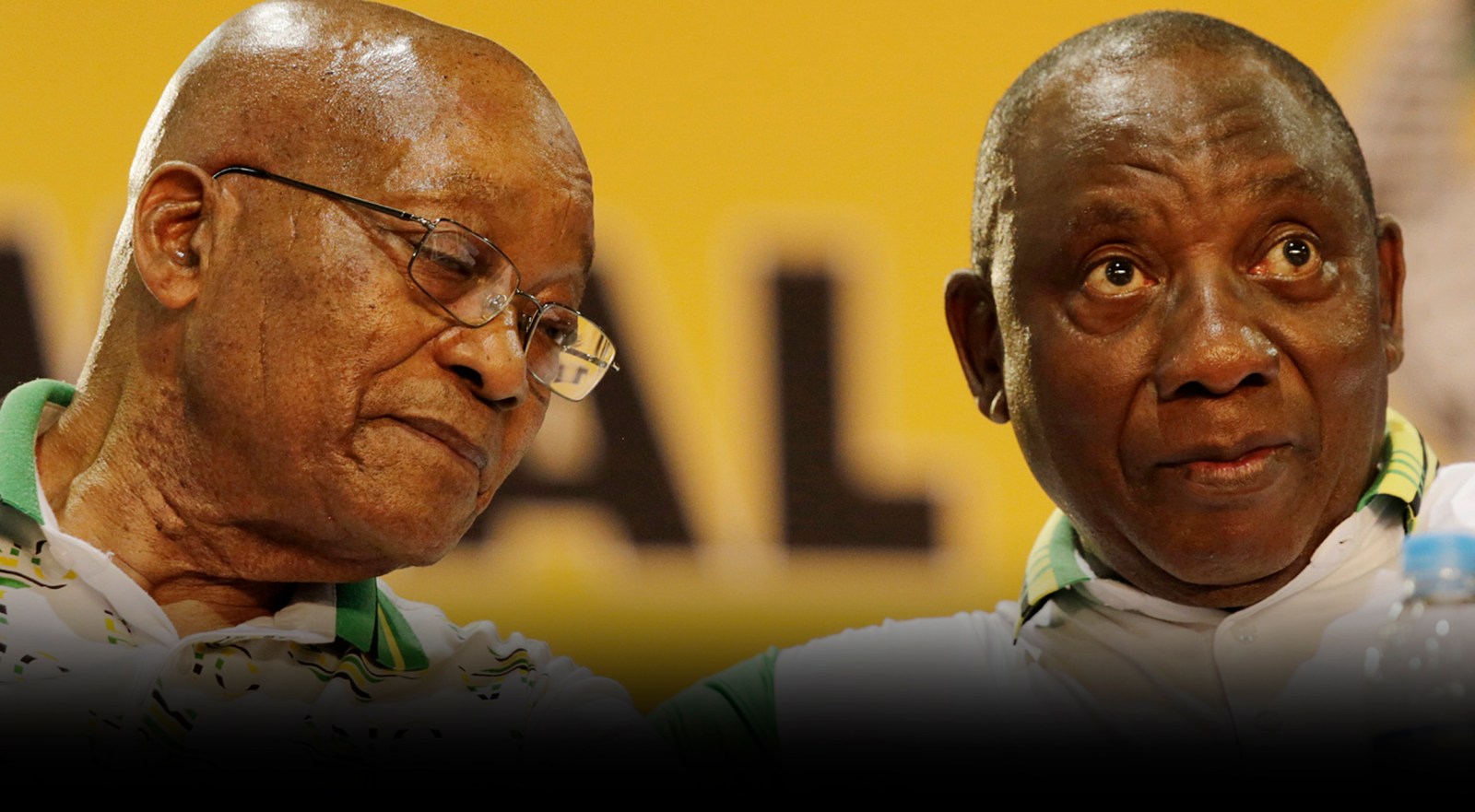 What was in Zuma’s file? And does Ramaphosa’s walk in the rain tell a different story?

Since January 2018, forces within the ANC have been trying to torpedo the top leadership of the ANC. Then, Vincent Myeni of the party’s Moses Mabhida region summonsed its Top Six to court, claiming electoral irregularities at its watershed conference in December 2017, which saw Cyril Ramaphosa claim a narrow victory of just 179 votes.

Myeni has subsequently gone AWoL and the court action has run aground, but a challenge to the conference vote is still top of the arsenal of a faction that remains active. 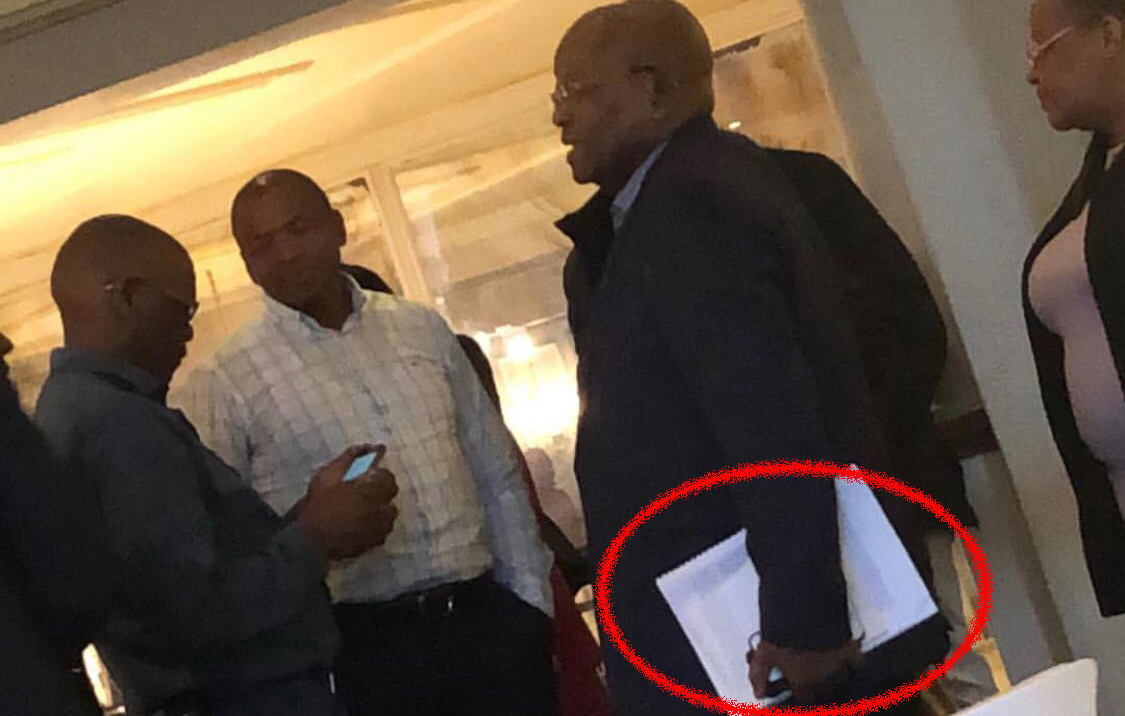 At the weekend, the Sunday Times published this bombshell photograph of former president Jacob Zuma with the ANC’s Secretary-General and former Free State premier Ace Magashule at the Maharani hotel in Durban – reportedly for a meeting to plot to oust his successor President Cyril Ramaphosa. They are joined by former North West premier Supra Mahumapelo who faced a party putsch earlier in 2018, and the ANC Women’s League secretary-general, Meokgo Matuba.

These parties are planning to contest the ANC conference outcome, reported Qaanitah Hunter and Jeff Wicks. In Zuma’s hand is a file, presumably containing the master plan.

How big is the fightback against Ramaphosa and how likely will the plan be to get rid of him?

An anatomy of a fightback

Ramaphosa has faced off against a faction coalescing around the remnant authority of Zuma since January and almost every national executive committee meeting he attends is a nightmare, say insiders.

He has faced repeated threats of removal or recall. The only meeting where a motion of no confidence in an ANC president can happen is a national general council, which is held between national conferences. The next one is slated only for early in 2020, but the faction opposed to Ramaphosa has already repeatedly raised the threat.

It was partly this threat which pushed Ramaphosa to make the shock late-night announcement on 31 July that the party would support a constitutional amendment to expropriate land without compensation, say ANC leaders.

At the heart of the faction destabilising Ramaphosa are parts of the KwaZulu-Natal party leadership (still a powerful heartland of the ANC) as well as groups in the North West and the Free State provincial wings of the ANC. This used to be the so-called Premier League faction, but deputy president David Mabuza threw in his lot with Ramaphosa for a position as South Africa’s number two.

The photograph reflects the now dominant coalition of the wounded: the architects of the fightback are symbolised by Zuma, Magashule and Mahumapelo, along with the support of the Women’s League, although Matuba may be there because she is also a power-broker from the North West. Matuba was so angry at being outed as part of the meeting that she sent an image of a gun to Hunter by WhatsApp.

An ANC strategist aligned to Ramaphosa says this camp is feeling threatened because its supply lines of funds and rents are under threat: the North West and Free State provincial treasuries are largely under the administration of the national government, and Mahumapelo, like Zuma, has lost state power. In KwaZulu-Natal, Ramaphosa has succeeded in putting in place a provincial secretariat evenly split between factions.

This image of Ramaphosa walking in the rain with provincial chairperson Sihle Zikalala in Durban at the weekend shows that he has won the support of at least some of the powerful provincial barons in a province Zuma has always regarded as his stomping ground.

How big a threat is a fightback?

Officials who spoke to Daily Maverick say that a court battle to contest Ramaphosa’s victory at its national conference will come to nought. The election results were checked and re-checked. At issue are just over 100 votes of delegates who did not pitch up to vote or who were not on the voters’ roll – but an exhaustive audit showed that even if counted, these votes would not have changed the outcome.

The jury is still out on whether the faction opposed to Ramaphosa is more noise than power, but what is clear is that the president is rattled by it and that the force for an ousting is getting either brazen or sloppy enough to hold its meetings in a very public and popular hotel. DM