Mnangagwa’s Cabinet: Will it drive Zimbabwe on a path to recovery? 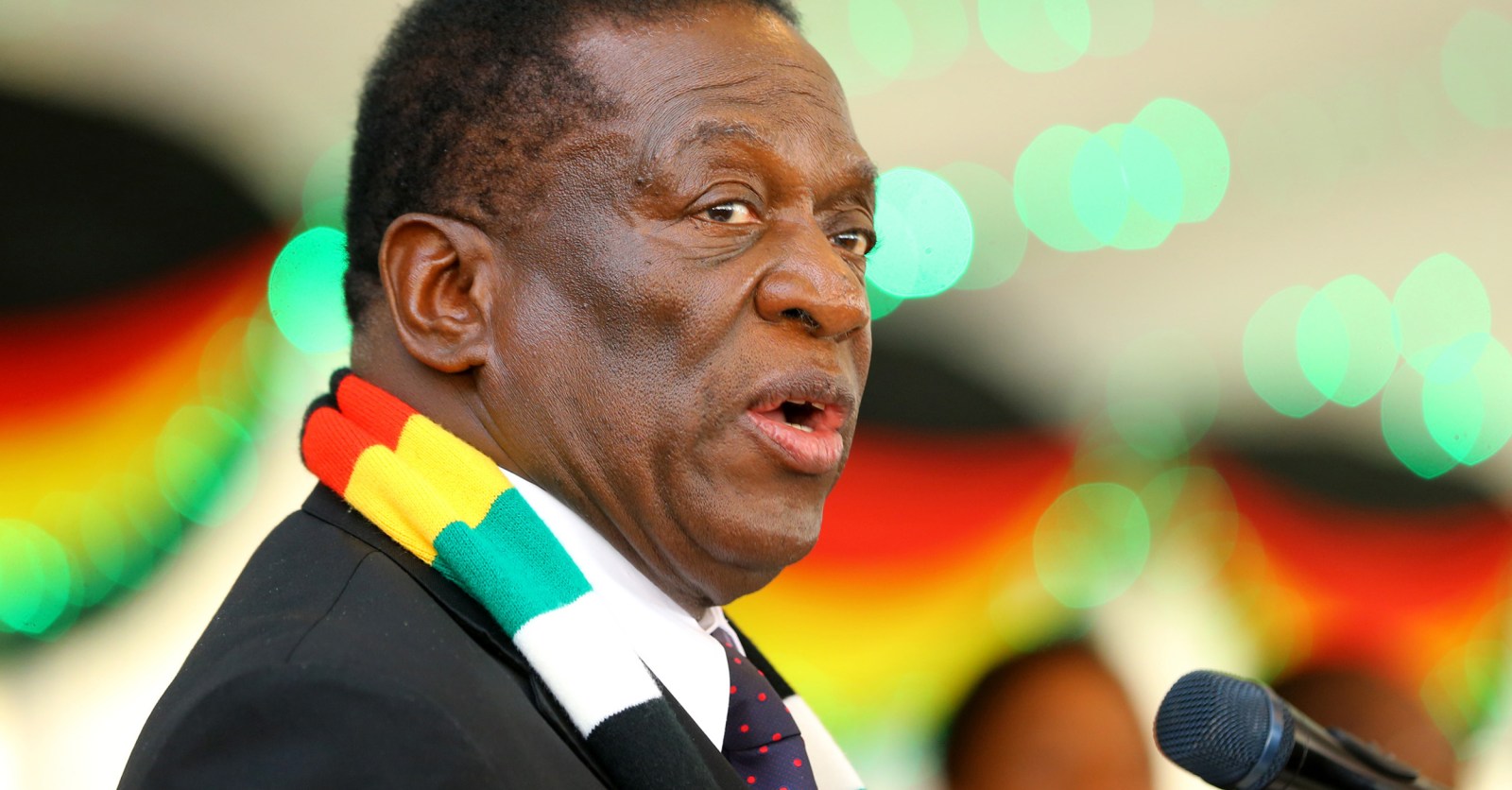 New Zimbabwean President Emmerson Mnangagwa delivers a speech during the swearing in of the new members of his cabinet at the State House in Harare, Zimbabwe, 10 September 2018. EPA-EFE/AARON UFUMELI

Zimbabwe President Emmerson Mnangagwa appointed a relatively balanced cabinet, with technocrats who were not previously associated with the ruling Zanu-PF party. However, their performance will be scrutinised for effective delivery.

Zimbabwe has been going through a continuous economic downturn for the past two decades under the leadership of former President Robert Mugabe and President Emmerson Mnangagwa has promised that his government would usher in change that would see the country regain its status in the international community.

Faced with a serious cash crisis that has seen three different price regimes, Mnangagwa had to carefully select his cabinet, expected to move the country away from its economic turmoil.

Mnangagwa’s appointment of Mthuli Ncube, a renowned economist, has received widespread applause, with commentators saying it’s a sign he is committed to reviving the economy.

Mnangagwa described his cabinet as diverse, dynamic and youthful, adding it had the skills and experience required to achieve his set goals.

Of interest is the appointment of Zanu-PF chairperson Oppah Muchinguri, the first woman to head the ministry of Defence and War Veterans, as well as the swimming icon Kirsty Coventry taking up the Youth, Sports, Arts and Recreation ministry.

The president dropped a number of old guard members who were in Mugabe’s cabinet, among them Patrick Chinamasa, Obert Mpofu, Chris Mushohwe and Simon Khaya Moyo.

Ncube, on his appointment as the new treasury chief, said his immediate task was to remove bond notes, which he described as bad money.

“Let the US dollar be the call currency of focus. Domestic debt, through government expenditure, bigger shares going towards production,” he said, adding that job creation was a silver bullet in any economy.

“However, it is still a far cry from the desired equal gender representation as this could have been easily achieved in cabinet. It is the first time to have a woman who is a minister of defence and Information and Broadcasting Services though the presidium remains devoid of women,” she said.

She said there were a lot of capable women who could have taken up decision-making positions in government and in the ruling party. Mnangagwa appointed six women out of his 20-member cabinet, an increase from four in the previous cabinet. Further, of the nine provincial ministers, five women were appointed. The presidium has remained no place for women.

Another political analyst, Rejoice Ngwenya, said there were still too many ministries, although Mnangagwa had shown a degree of dexterity in achieving the delicate balance between political and delivery demands.

“What is left to be seen is what milestones can be set and delivered and how the cronies can manoeuvre the treacherous Zanu-PF DNA of public expenditure, cronyism and corruption,” he said.

Zimbabweans hoped for a cabinet that would make Zimbabwe work again.

“Our problem is a party and individuals who have the unfortunate and misguided belief that they are entitled to [mis]rule and loot without anyone telling them to stop,” he said.

He said if the new ministers were not independent, the country was doomed to return to the old 2008 era, when inflation was at its highest and shops empty as the economic crisis deepened.

“We need individuals who will tell the president the truth, without fear or favour, even if it hurts and threatens their own jobs,” he said.

However, Member of Parliament for Norton, Temba Mliswa, highlighted the need to investigate the old guard.

“So now that the old guard have been dropped, does it pave the way for investigation? I’m sure it’s a perfect opportunity to clear themselves once and for all, right?” Mliswa said.

Meanwhile the Zanu-PF bigwigs and former ministers who were excluded in the new cabinet appointed by Mnangagwa on Friday have been redeployed to work on a full-time basis at the party’s headquarters in Harare.

Speaking to state-owned daily the Herald after an extraordinary session of the ruling party’s decision-making body, Politburo, held at its headquarters, Zanu-PF secretary for Information and Publicity Simon Khaya Moyo shared the developments.

“As the party rebuilds itself for the future, the Politburo has resolved that Zanu-PF transforms and positions itself in the rapidly changing socio-economic and political environment by ensuring that 11 departments are manned full-time by senior party stalwarts,” Moyo said.

This move is said to emulate the Chinese model and meant to strengthen the ruling party structures. DM