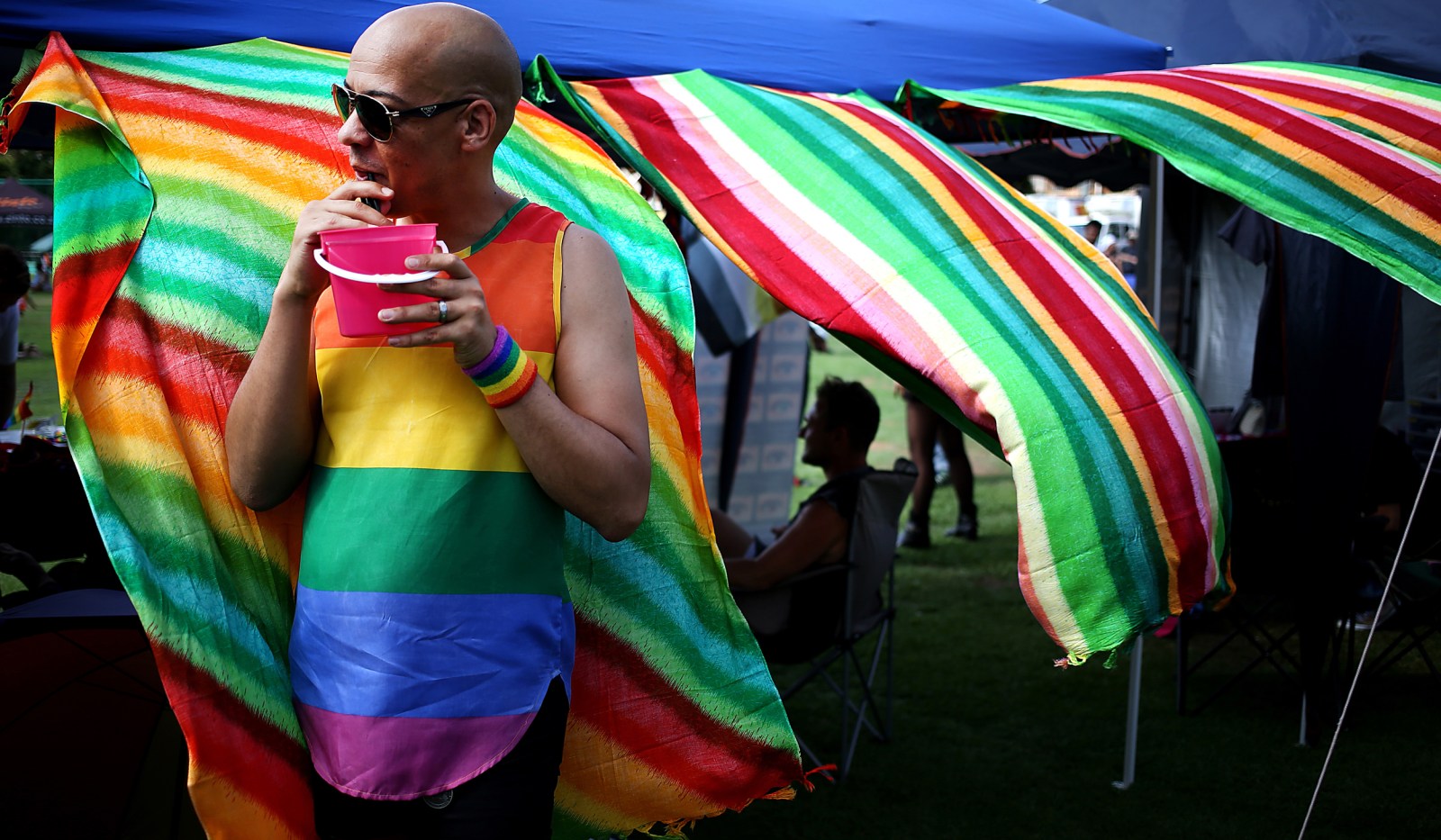 The African Commission for Human and Peoples’ Rights has withdrawn the observer status of the Coalition of African Lesbians, and although this can be seen as a patriarchal and misogynic backlash against activists by the continent’s rulers, the issue is much bigger than this.

Commissioners belonging to the official body tasked with protecting and promoting human rights on the continent, the African Commission for Human and Peoples’ Rights (ACHPR), have been in South Africa since Monday 3 September to promote its work.

They have, among other things, met with officials from the Department of International Relations and Co-operation, and on Saturday they will engage with civil society organisations, followed by a press conference.

Commissioners have so far been too busy to answer specific questions, but Solomon Dersso, the commissioner rapporteur for South Africa, went on the record about their mission.

Not much room seems to be left for a discussion on the withdrawal of the observer status for the Coalition of African Lesbians (CAL), but it’s bound to come up in Saturday’s meeting, to which the Johannesburg-based CAL is going.

The ACHPR told CAL in August by letter that they would be dropped after a decision by the African Union Executive Council – comprised of the continent’s foreign ministers – at the African Union summit in Mauritania in June. CAL’s director of development, Donna Smith, said:

She didn’t sound convinced that these rules were adhered to.

It’s not the first time AU member states have tried to strong-arm the commission into dropping CAL from its list of observers. It is, however, the first time they’ve succeeded – and human rights activists are alarmed.

Three years before, at its meeting in Johannesburg in 2015, the Executive Council said in its published decisions that it “requests the ACHPR to take into account the fundamental African values, identity and good traditions, and to withdraw the observer status granted to NGOs who may attempt to impose values contrary to the African values”.

It went on to request that the ACHPR “review its criteria for granting observer status to NGOs and to withdraw the observer status granted to the organisation called CAL, in line with those African values”.

This decision came a month after CAL won its seven-year battle to get observer status at the ACHPR, which initially refused on the grounds that CAL does not “promote and protect any of the rights enshrined in the African Charter”.

After an Africa-wide campaign, CAL was eventually admitted.

It was also about opening the door for other LGBTI organisations to campaign for their rights on the continent.

In contrast, the withdrawal of CAL’s observer status was part of the “backlash that women and LGBTQI movements are facing on the continent,” Smith said.

In the past three years, CAL said, it had made statements to the ACHPR on human rights violations experienced by women, and collaborated with commissioners on issues like the denial of abortion and post-abortion care. It also contributed to an important report by the commission on the situation of women human rights defenders in Africa.

Its withdrawal of CAL’s observer status is bigger than just this organisation. It speaks to the willingness of AU member states to be held accountable, the independence of the ACHPR and the ability of human rights activists to speak out on a continent with some repressive governments.

According to the African Charter, the ACHPR should be independent, but CAL said in a statement that the commission has allowed “a political body to dictate its own biased and regressive reading” of the charter.

“This backtrack is a clear illustration … that the ACHPR has lost its independence and civil society space is shrinking.”

Human rights lawyer Sibongile Ndashe, founder of the Initiative for Strategic Litigation in Africa, was involved with CAL’s struggle to get observer status. She said the latest development was about the AU “dismantling accountability mechanisms”.

Symptoms of this were the AU’s resolution in 2017 that member states should withdraw from the International Criminal Court (so far Burundi and South Africa have been the only two heeding this resolution), the closure of the Southern African Development Community Tribunal, and now the AU’s stance on the ACHPR – “[Africa’s] last bastion for the protection of human rights”.

“The LGBTI issue is used for taking away [the ACHPR’s independence], because it’s easy to unite against,” she said.

Homosexual relationships are outlawed or taboo in a number of African countries.

Ndashe said that during their visit to South Africa the ACHPR should be interrogated about “failing to protect their own independence”.

Bowing to such pressure could eventually threaten the commission’s existence, and Africa could become like Asia, which has no such commission, she said.

Currently all AU member states can be brought before the ACHPR, whereas only eight states are part of the African Court.

The Zimbabwean opposition MDC has, for instance, indicated that it would approach the commission over what it considered human rights abuses during the country’s recent elections, after it lost its election rigging case in that country’s courts.

Zimbabwe, however, has not signed up to the African Court, so the MDC would have no luck there.

At the forefront of leading the charge against the ACHPR has been Egypt. Human rights activists are worried, because at home Egypt is in the process of outlawing same-sex relationships, and it will also occupy the AU chair in 2019, meaning it will have a large say in steering the continental body’s activities.

The Egyptian embassy in Pretoria said in a blanket response to questions on why that country felt CAL’s observer status should be removed, and whether it was concerned about the independence of the ACHPR:

“The decision has been taken according to Egypt foreign policy that will remain consistent and constructive. It has always been holding a mutual respect and consideration for AU member states’ national interests and positions in the area of human and peoples’ rights.”

South Africa has not spoken out publicly on the issue, but it is understood that officials are concerned about the independence of the ACHPR as well as the attack against LGBTI rights. In the executive council, however, they appeared to have lost this battle.

Even though it has symbolic importance, the ACHPR has no teeth to compel countries to listen to its recommendations.

It’s done some important work, though, including around promoting rights to freedom of expression. The commission in 2013 drew up a Model Law for Access to Information for Africa, which helped increase the countries with legislation on this from five to 25.

However, Ndashe said it was no use for the commission to come to South Africa to check compliance with human rights issues if it didn’t have independence.

“The big question [to the commission] is, are you resigned to your fate or are you going to fight for your independence?” DM