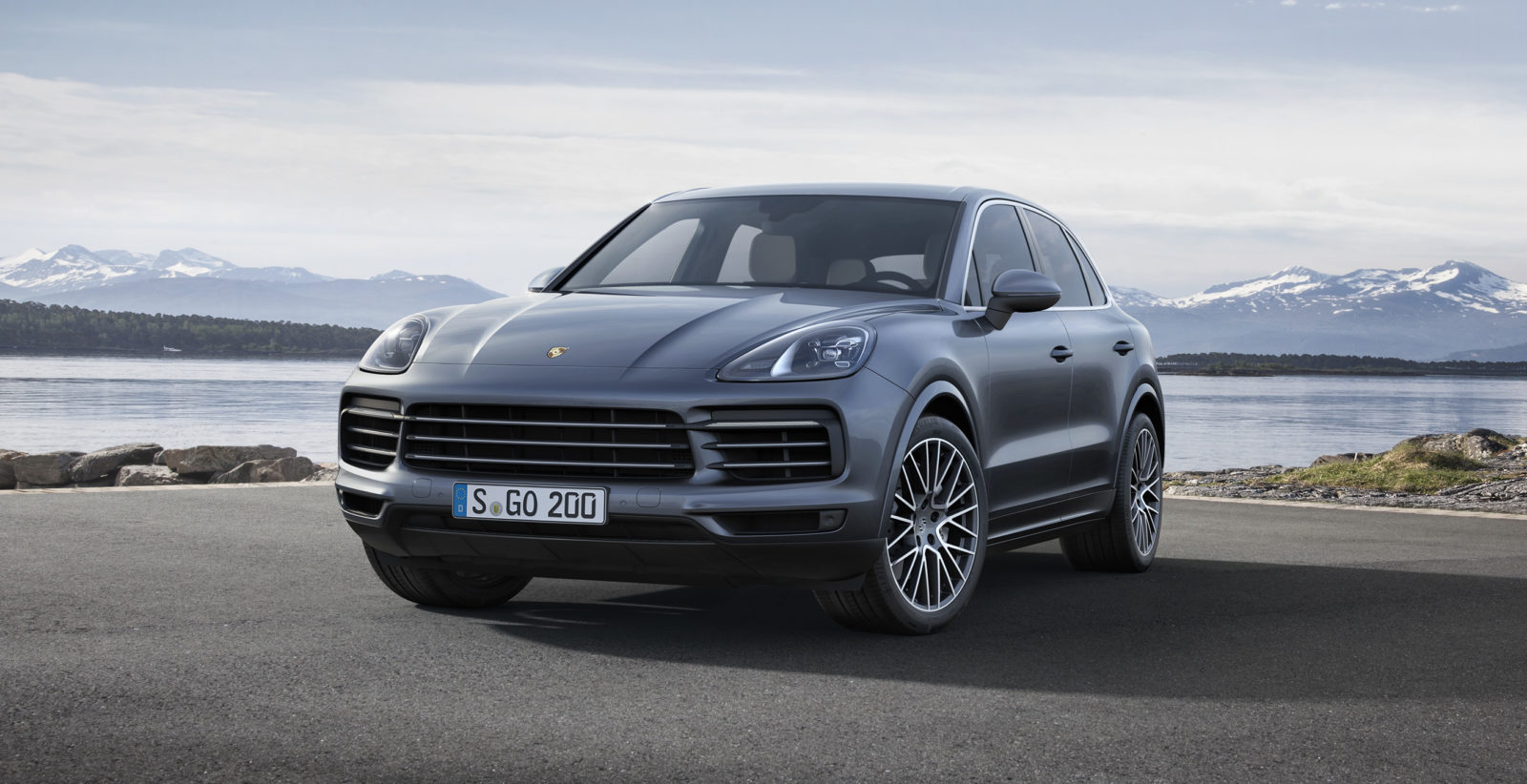 The third-generation Porsche Cayenne is not only new from the ground up, but also purports to be sportier than ever. Does that make it a stronger contender in the highly competitive premium SUV category, however?

A lot has changed since Porsche launched the first Cayenne SUV 15 years ago. Back in 2003, the global demand for SUVs was still gaining momentum, and Porsche was a relatively specialised, highly renowned sports car maker. 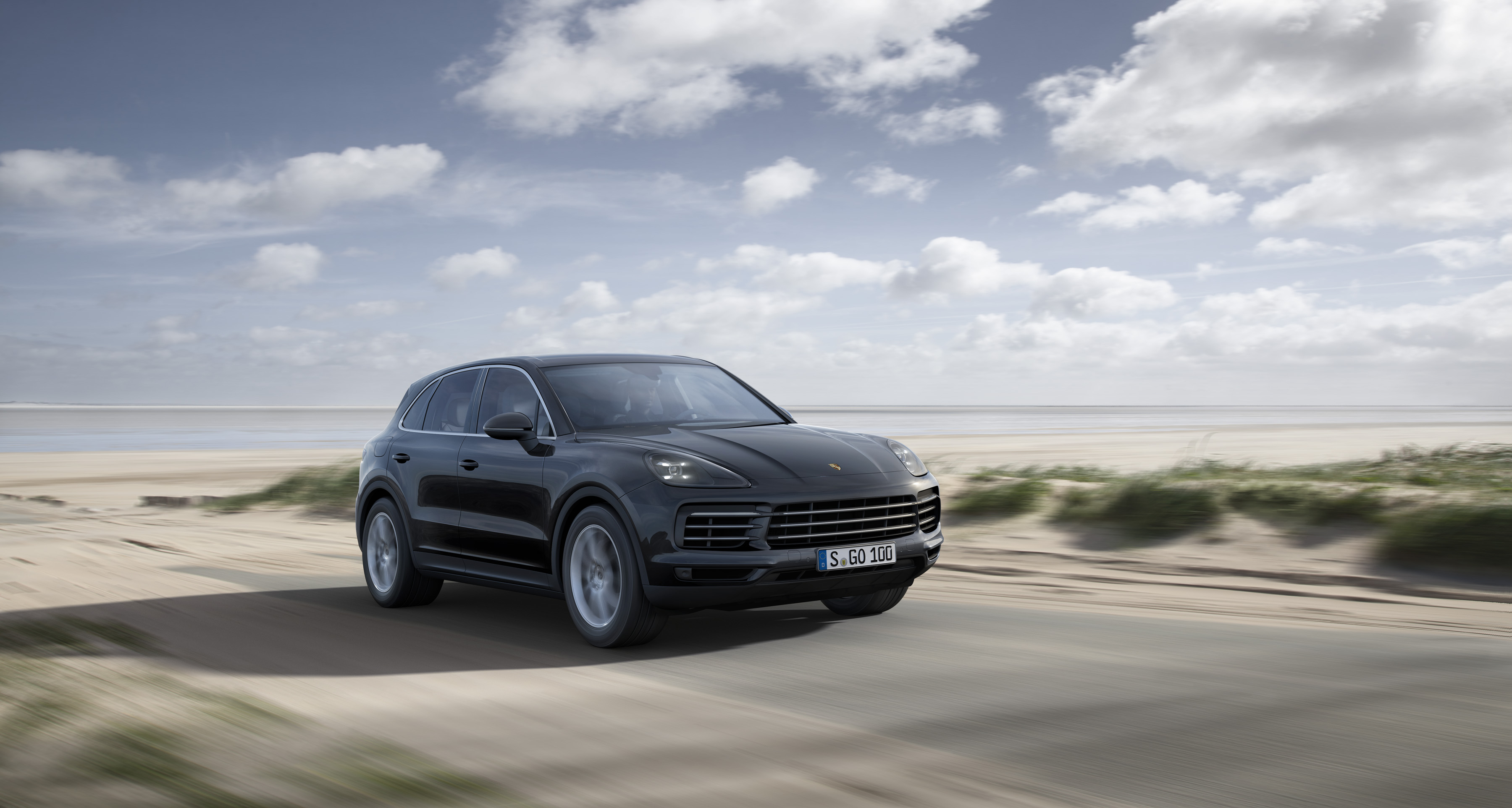 The Cayenne’s arrival was greeted with scepticism, even disdain, by the marque’s loyal sports car customers: they were concerned that the SUV would dilute Porsche’s brand values and sports car DNA.

However, it turned out to be a visionary move: the Cayenne not only opened up new markets and volume opportunities, but also brought the Porsche badge within reach of a far broader motoring audience. 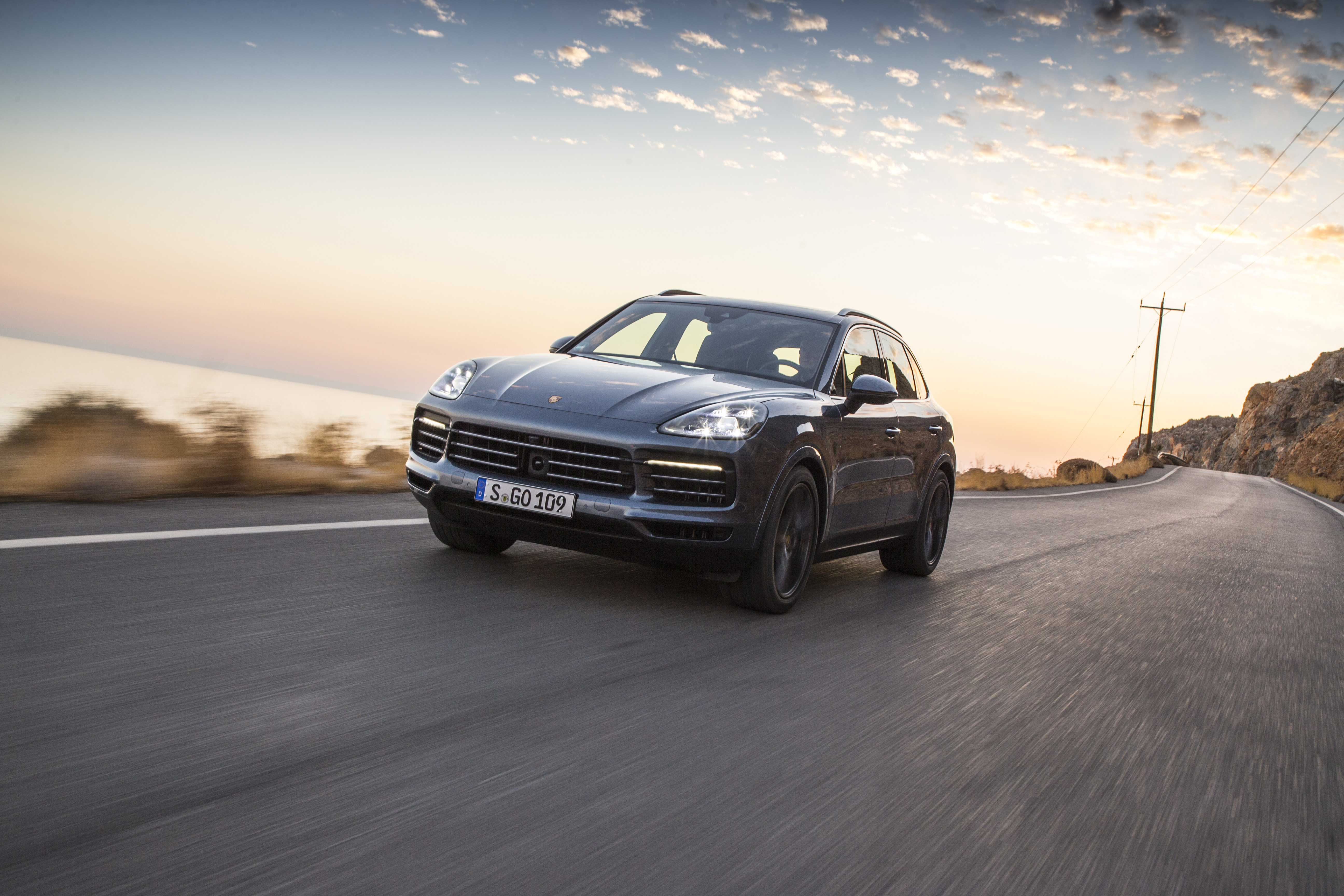 Today, Porsche is one of the world’s most profitable motor manufacturers – and the Cayenne has played a key role in its rise to greatness. Perhaps most important, it’s also ensured the ongoing relevance and development of Porsche’s model range, including the iconic 911 sports car. 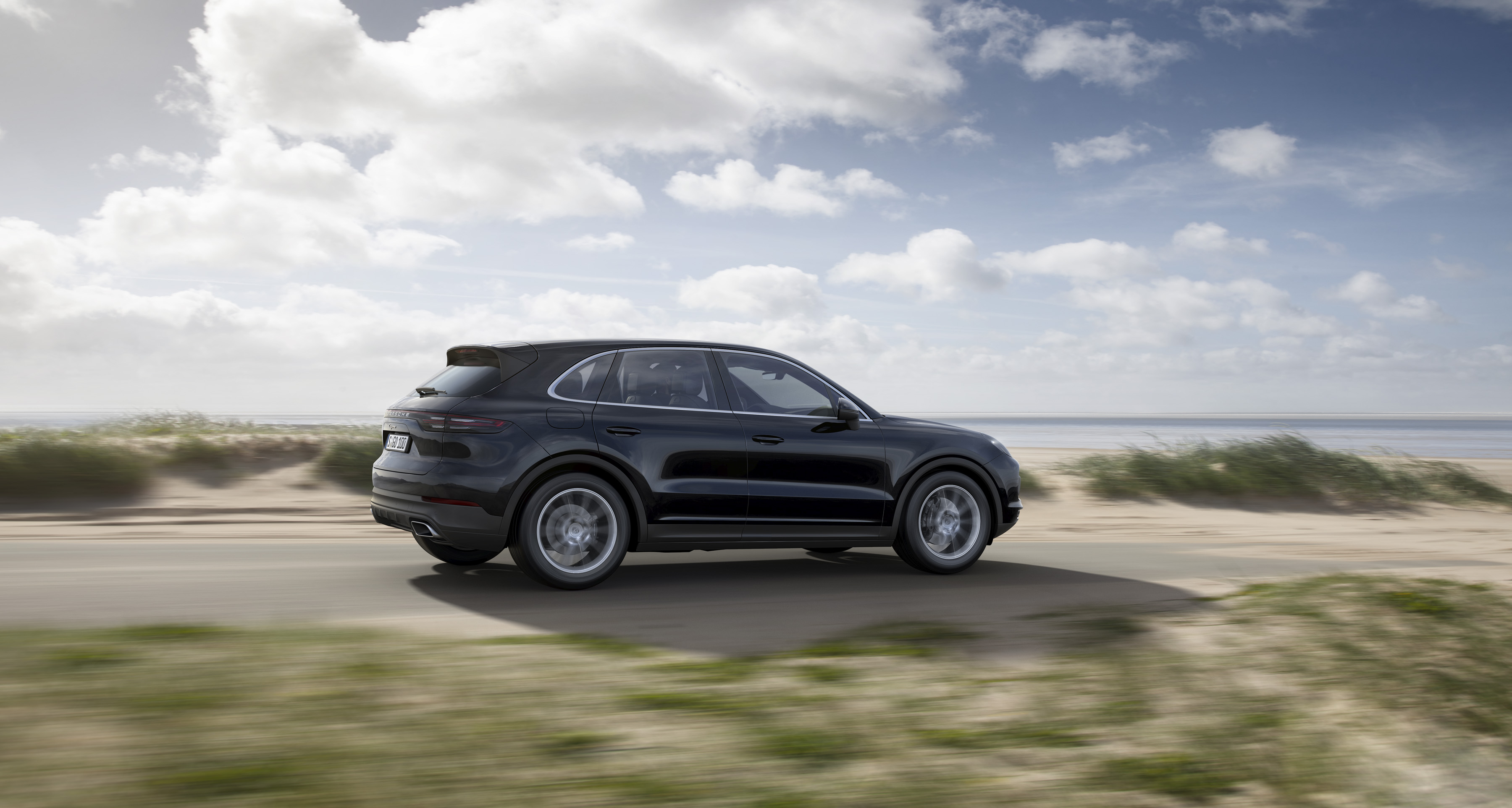 While the original Cayenne was not a thing of beauty, the second-generation model managed to at least hint at its relationship with Porsche’s sports car models, ensuring a stronger visual link with its low-slung, two-door siblings.

But when the more compact, more agile Macan SUV came along, it instantly dated the Cayenne – at least in purely aesthetic terms. The Cayenne retained a certain chunky charm, but it lacked the Macan’s sleeker, sportier demeanour. 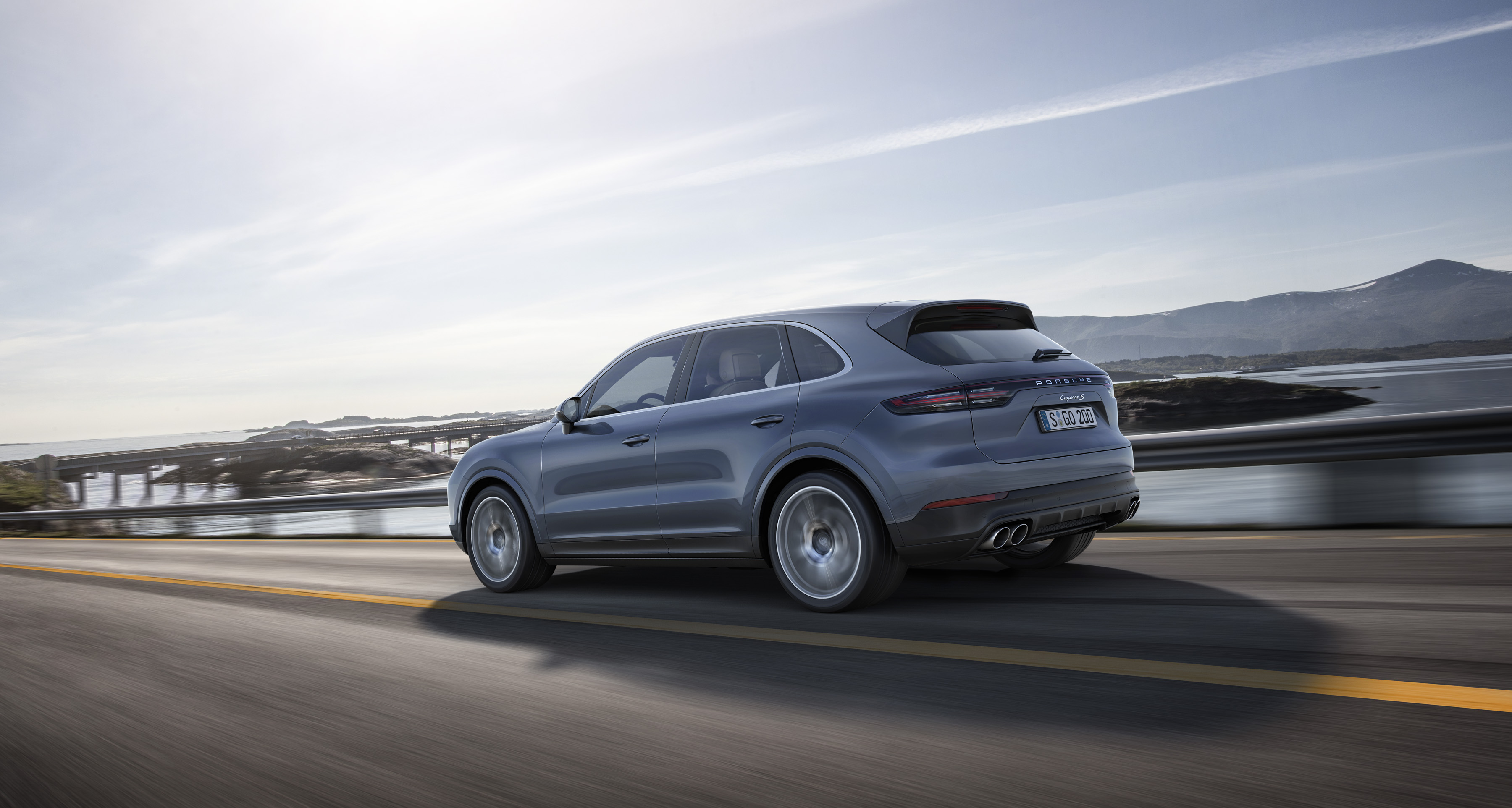 With the advent of the third generation Cayenne, Porsche has emphatically addressed that perception. The new car still has presence and stature, but the shape is smoother, the lines more sculpted.

There’s a stronger sense of poise and muscle, together with a streamlined profile and decluttered detailing, that creates a more dynamically focussed appearance. It’s also more emphatically Porsche than its predecessors. 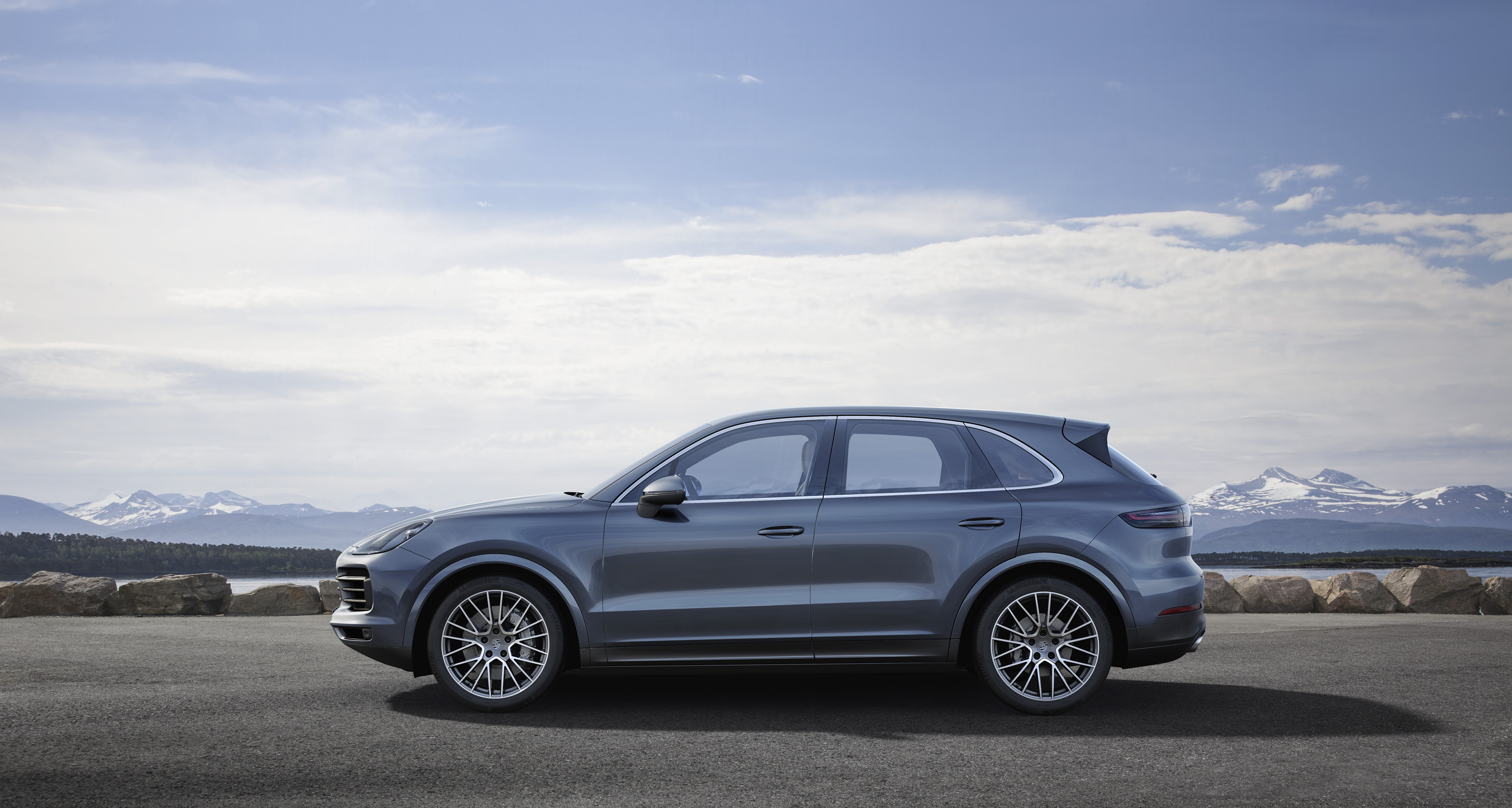 Close up, the most striking details are the broad grin of the front air intakes, garnished with horizontal strakes, as well as the smoothly profiled, 911-esque bonnet, and the way the tail light clusters are neatly linked by a thin ribbon of red wrapped across the rump of the vehicle. 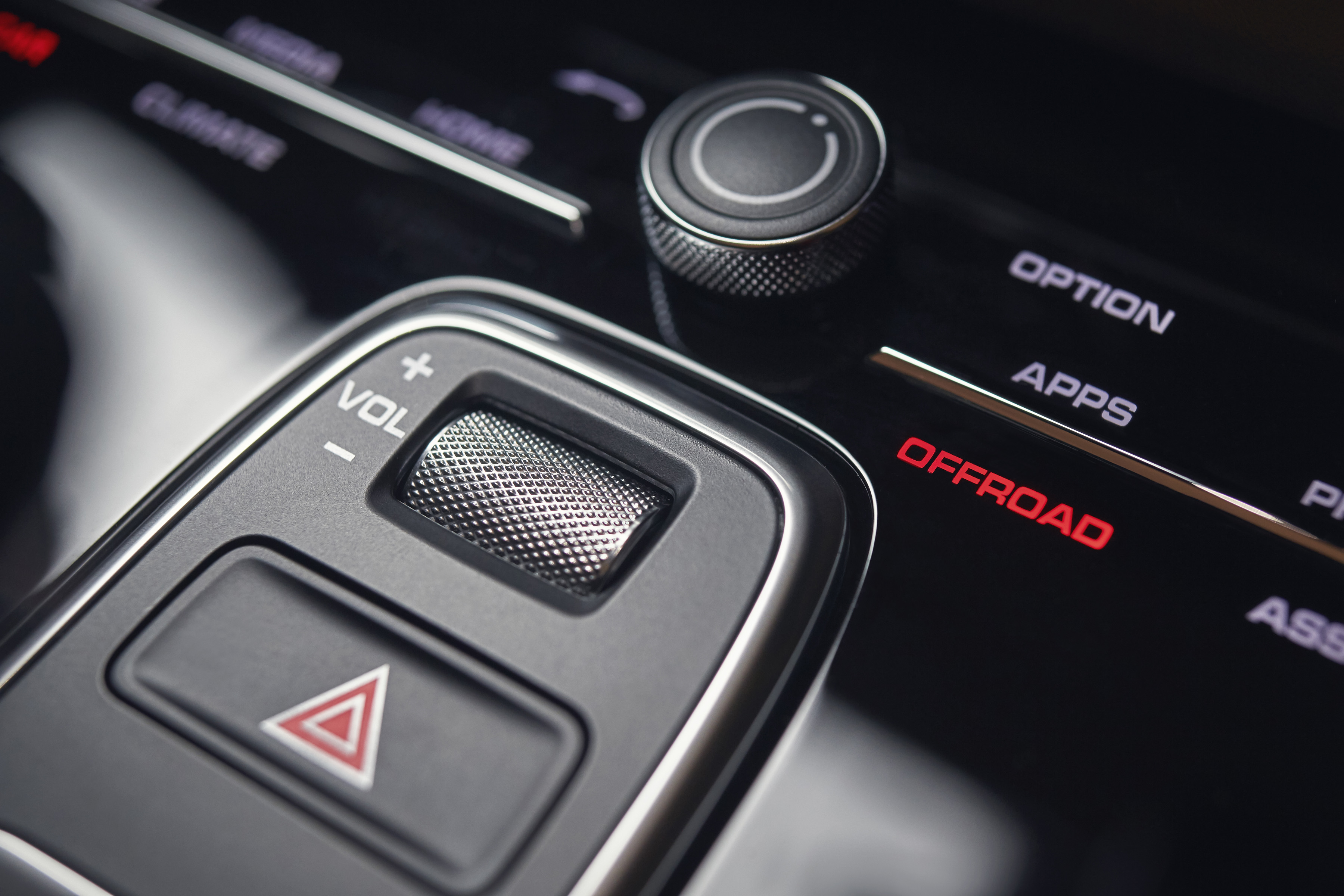 Short overhangs, pronounced wheel arches, wide tracks and large alloys all convey a distinctly dynamic message – as one would expect of a Porsche.

The exterior’s sleek elegance is carried through into a completely new interior dominated by a pair of high-res displays instead of conventional instruments, as well as a large full HD touchscreen, borrowed from the Panamera, for the comprehensive infotainment system. 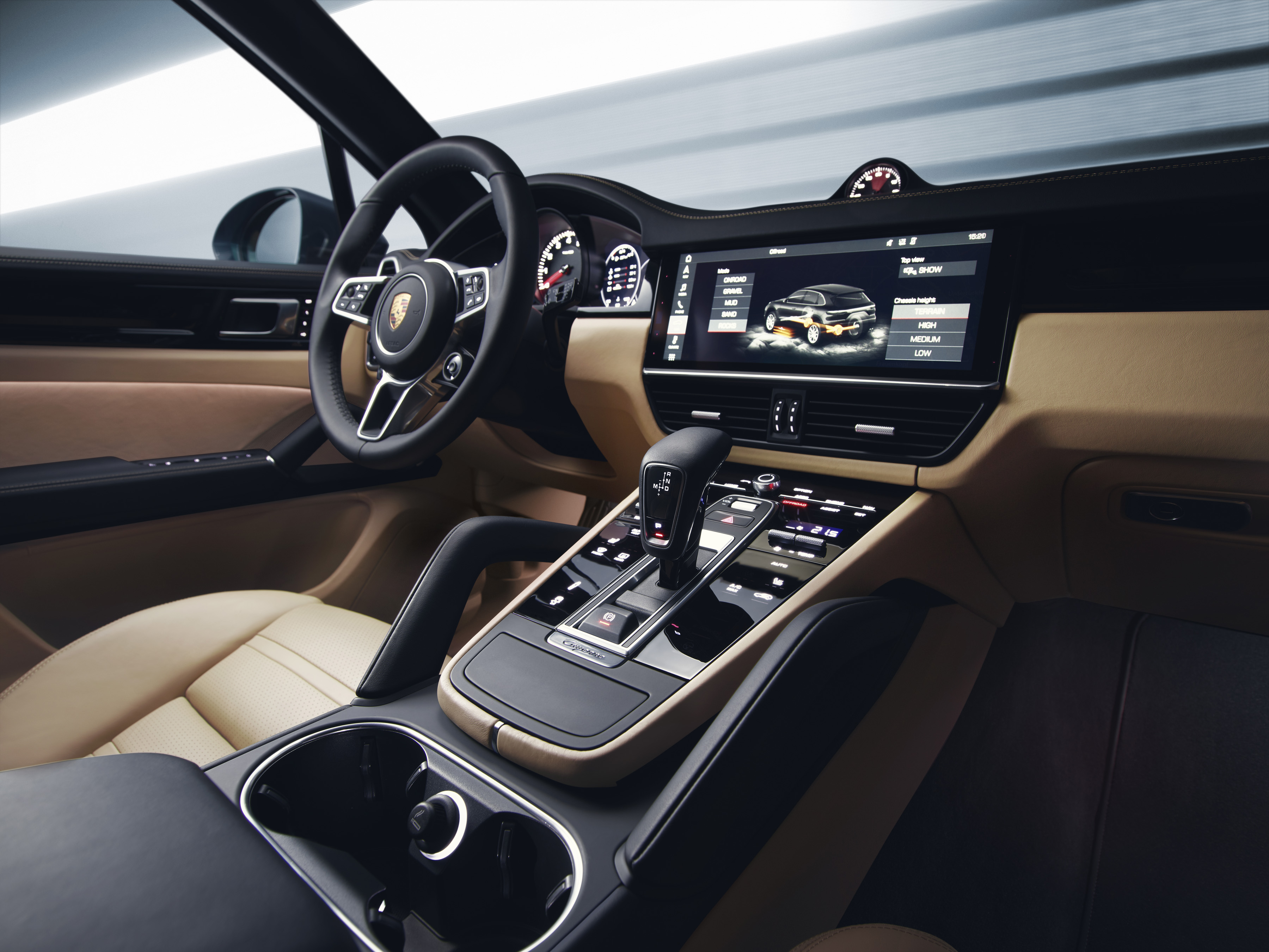 There is one departure from this digital norm, though: splitting the two digital instrument displays is a large, proudly analogue rev counter – a reassuringly traditional Porsche hallmark. 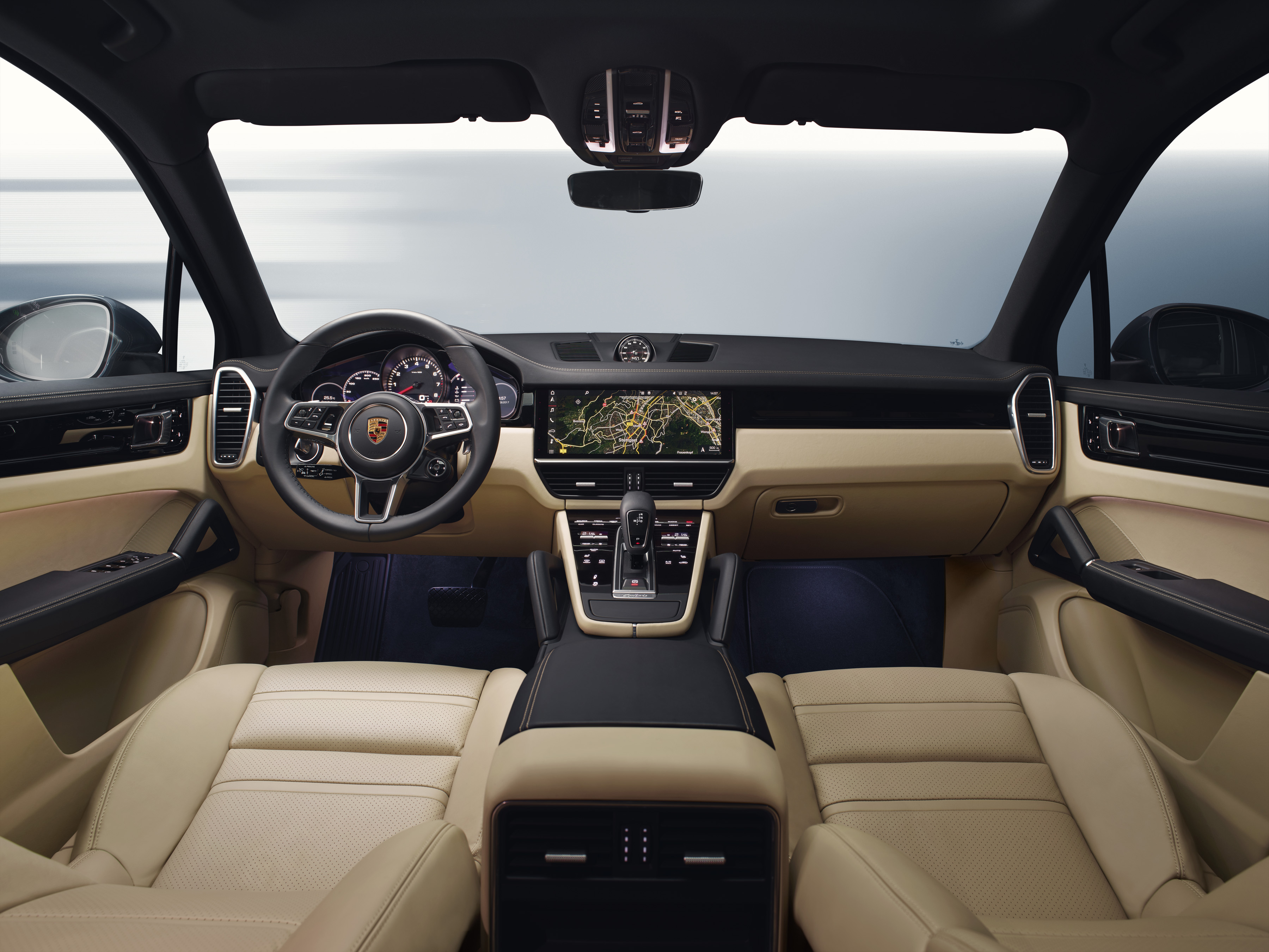 Cabin execution is flawless in both ergonomic and execution terms. All that electronic wizardry finds a satisfying counterpoint in crafted, stitched leather, gloss-black surfaces and finely understated detailing.

There’s ample space front and rear, and the seating is comfortable and supportive. At 770 litres, the luggage compartment is even bigger than previously, and should make short work of the family luggage. 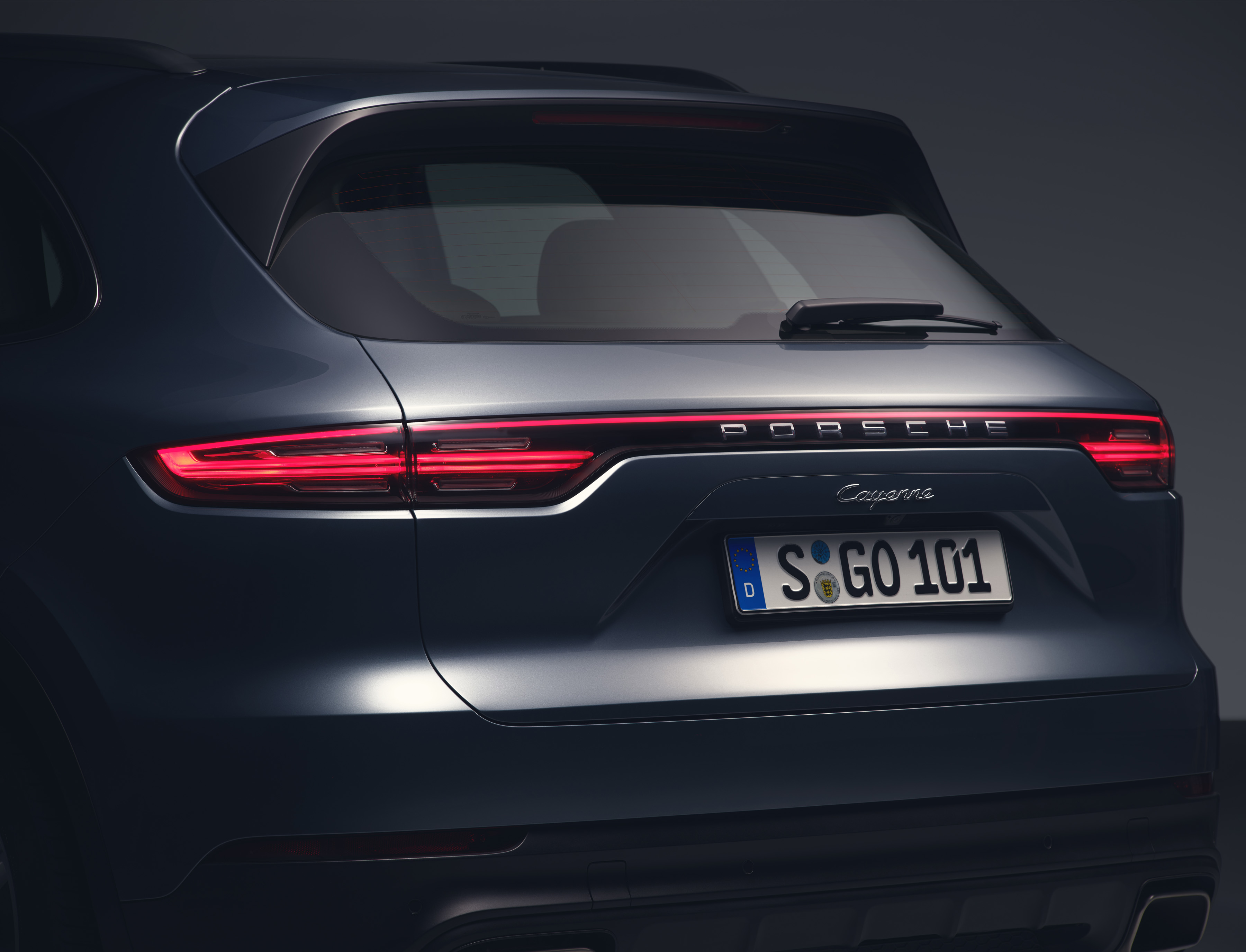 Underpinning the latest Cayenne is the Volkswagen Group’s MLB modular platform, also home to Audi’s Q7 and Q8, as well as the latest VW Touareg. Extra-stiff and surprisingly lightweight for enhanced handling, it’s also the reason why the new Cayenne has shed around 65kg of kerb mass.

The suspension combines front wishbones with a multilink rear, while innovations include rear-axle steering, which makes for crisper turn-in at parking speeds, and benefits high-speed stability. Depending on model, there’s also air suspension and active damping.

Intelligently managed all-wheel drive is standard, varying traction between the front and rear axles, and further enhanced by several selectable off-road modes. The transmission is an eight-speed Tiptronic. 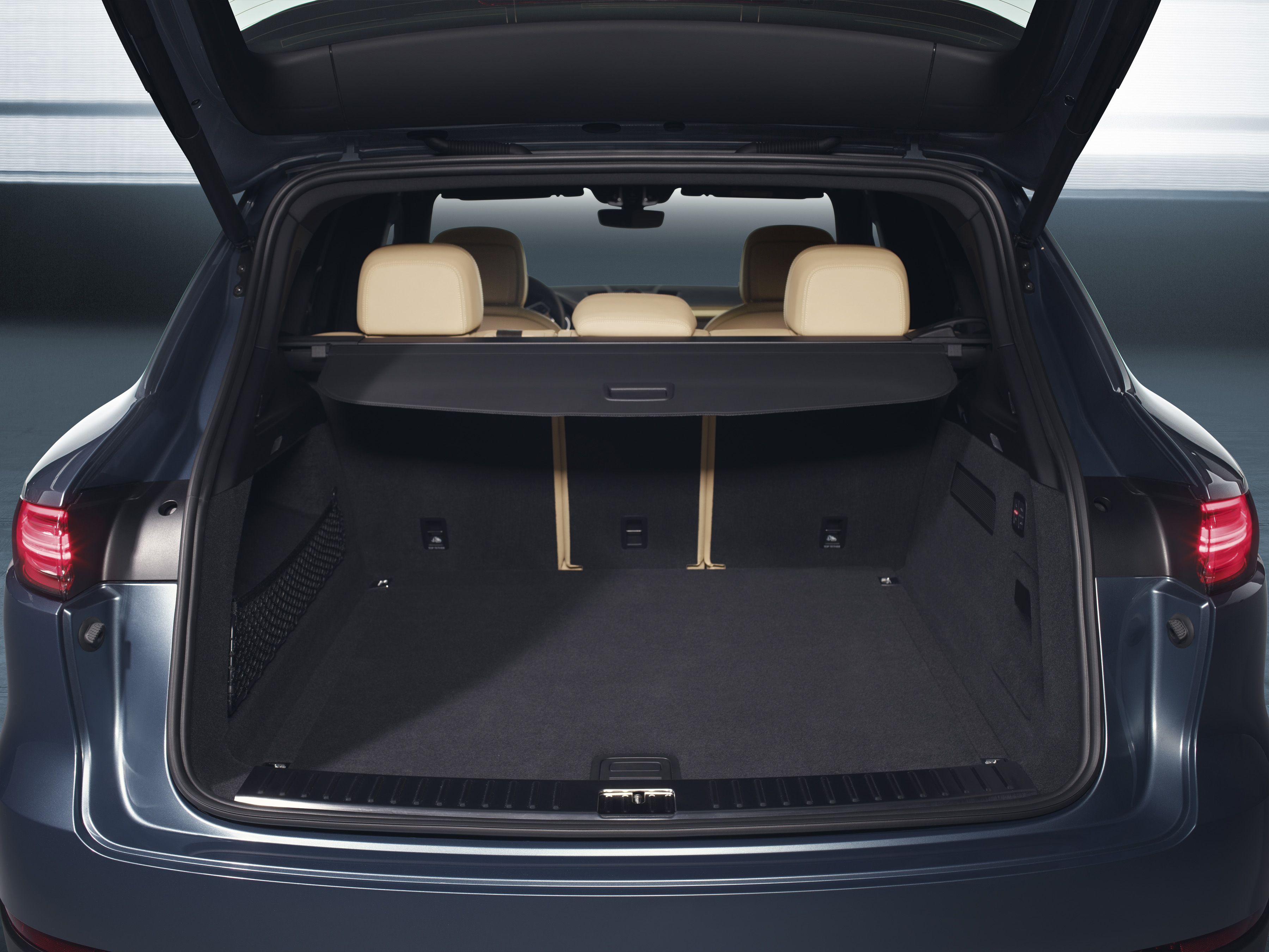 Being a Porsche, you also get the usual selectable driving modes – Normal, Sport, Sport Plus and a configurable Individual setting – accessed via a rotary controller on the steering wheel.

For now, the latest Cayenne comes in four variations: Cayenne, Cayenne S, Cayenne E-Hybrid and Cayenne Turbo. The baseline Cayenne gets its urge from a turbocharged 2,995cc V6 good for 250kW and 450Nm. 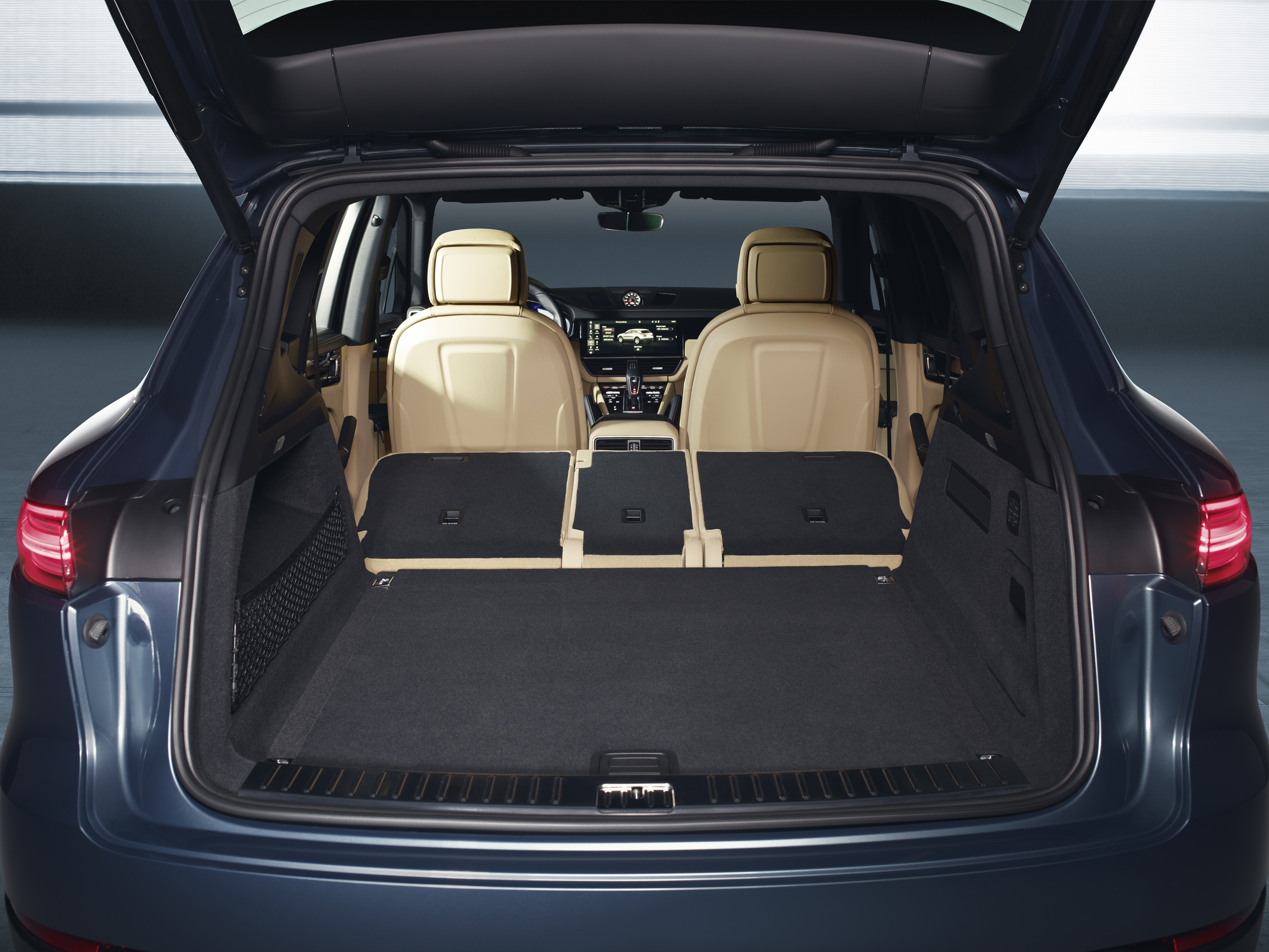 Next up, the Cayenne S represents a considerable hike in muscle, with 324kW and 550Nm on tap from a 2,894 turbo V6. And for those who really want to focus on the ‘sport’ in SUV, the brutal Cayenne Turbo pumps out 404kW and 770Nm.

For hybrid fans, the Cayenne E-Hybrid employs a plug-in hybrid drivetrain with a total output of 340kW and 700Nm from its combination of 4.0-litre turbo V8 and electric motor. It also has a pure electric, emissions-free operating range of around 50km.

At my disposal during an extended drive in wet and blustery Cape conditions were the Cayenne, Cayenne S and Cayenne Turbo. Starting off with the ‘vanilla’ Cayenne, it soon became clear that despite its ‘junior’ status, it’s still a full-blooded Porsche. 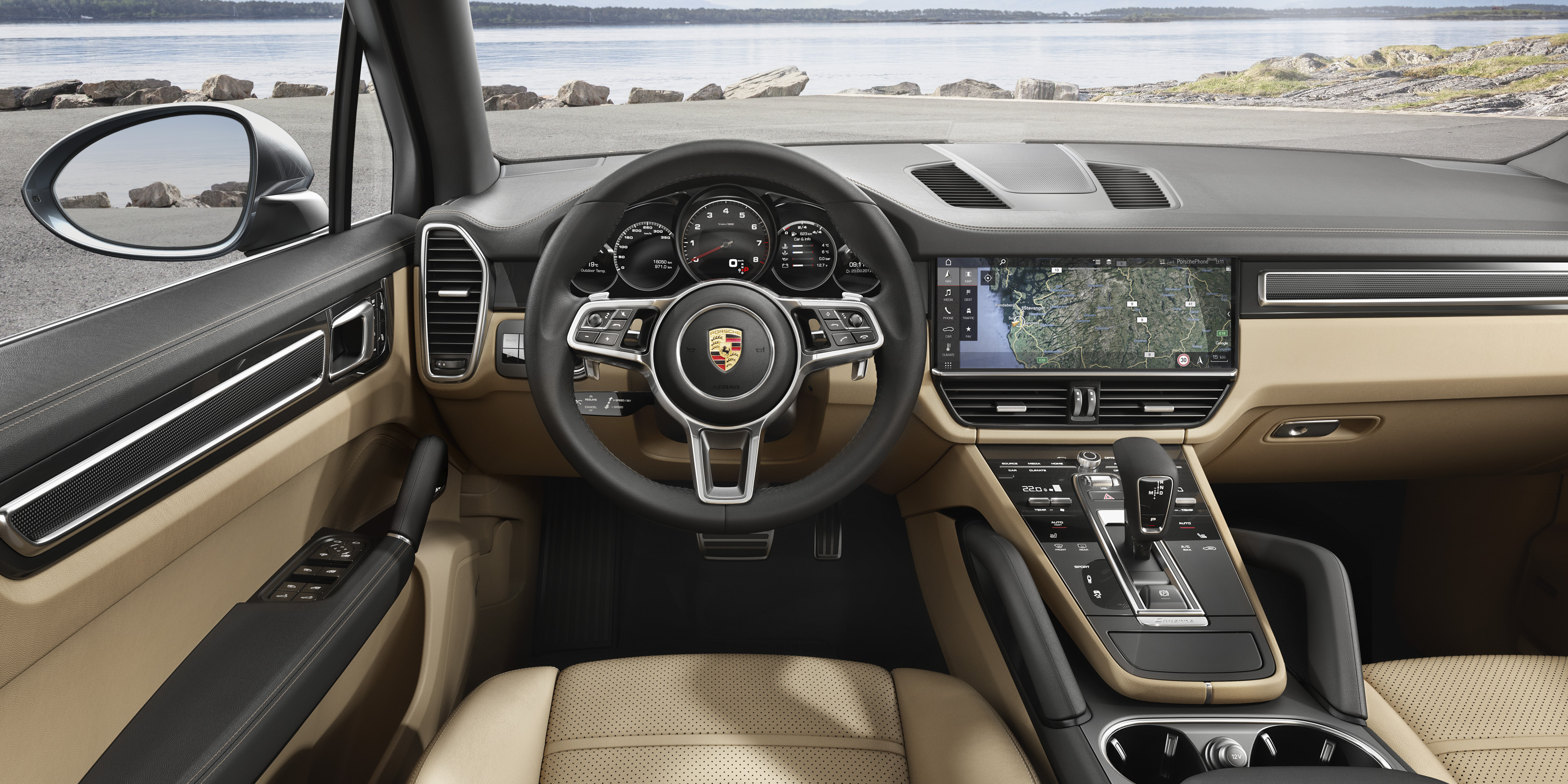 Performance is eager, with no turbo lag, and the steering delivers a keen mix of precision and feedback, especially in Sport and Sport Plus modes. The claimed sub-6sec 0-100km/h sprint time feels entirely feasible and the gearbox reacts to shift commands with swift enthusiasm.

Even on wet roads, the all-wheel drive system ensured ample grip without spoiling the Cayenne’s agility, while body lean was notable only by its absence, even when cornering with some gusto.

By comparison, the flagship Cayenne Turbo is a beast, with the vocals to match. That big V8 refuses to be muted by the turbo’s presence, delivering its wares with a spine-tingling growl. Give it horns, and that growl becomes a gleeful roar, accompanied by an unexpected appetite for revs.

With loads of power and loads of traction, the Cayenne Turbo gets to 100km/h in under 4sec with an effortlessness that belies how fast you’re actually going. That also goes for in-gear acceleration – hoofing it past slower traffic is almost laughably effortless. 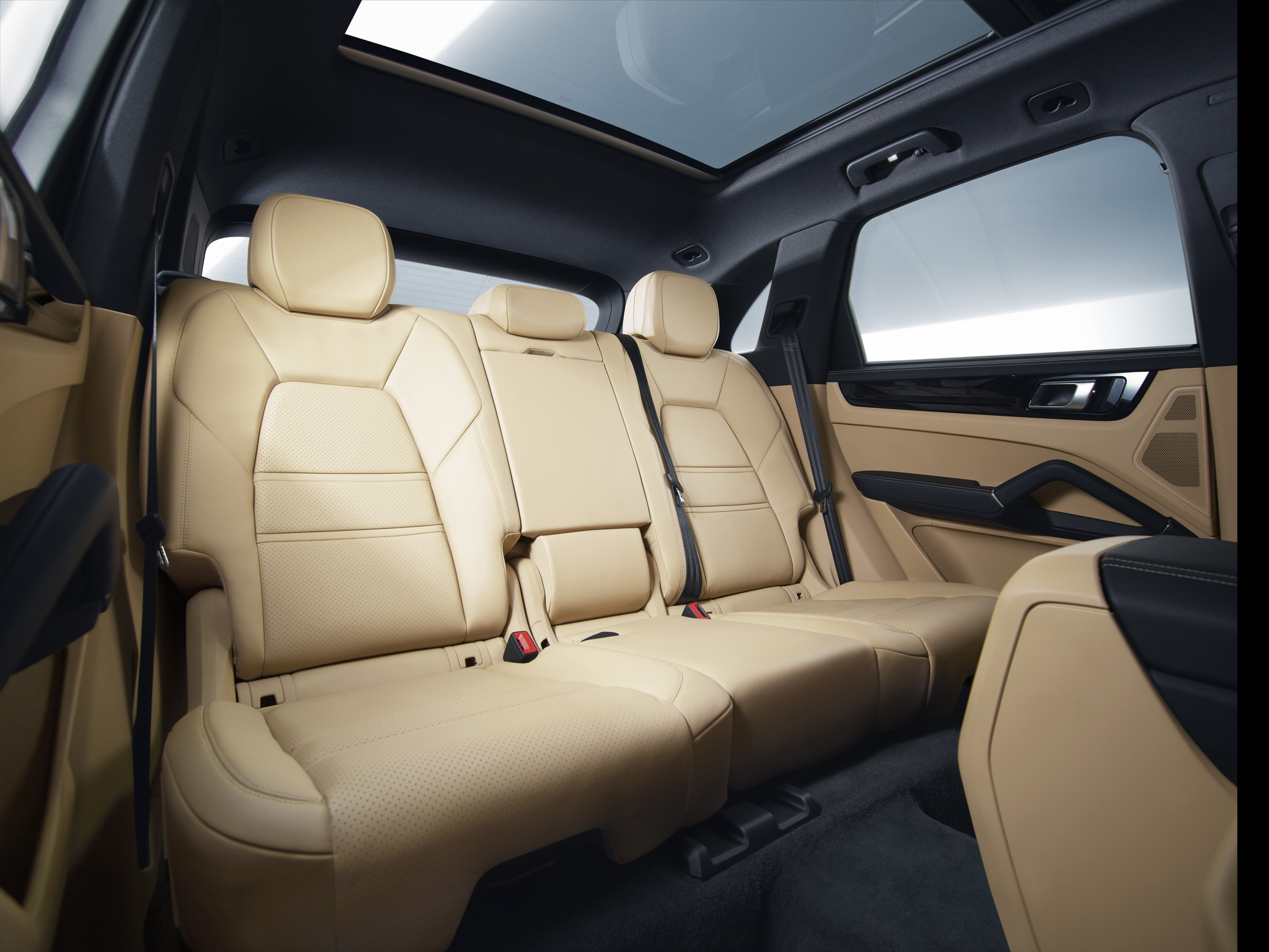 There’s no need to worry whether all that muscle and speed will get in the way of the big Porsche’s road manners, though: it tackles undulating routes and twisty mountain passes with unexpected deftness and agility.

You’re never confronted with the size and weight of the big SUV: it encourages committed driving with an inherent confidence and stability that is definitely more sports car than SUV – and pure Porsche.

However, the pick of this bunch is the Cayenne S. For R154,000 more than the baseline Cayenne, you get 74kW more power (or 100 extra horses, if you’re old-fashioned), together with an additional 110Nm of torque.

It’s not just that the result is a quicker Cayenne in straightline terms: a 4.9sec 0-100km/h time and a 209km/h top speed, to be exact. But in use, this Cayenne sounds angrier and even more eager.

It also exudes an inherent balance that’s maintained regardless of conditions and driving style. At highway cruising speeds, it feels unflappable and sophisticated, with huge lashings of power on standby at the slightest prompt of the throttle. 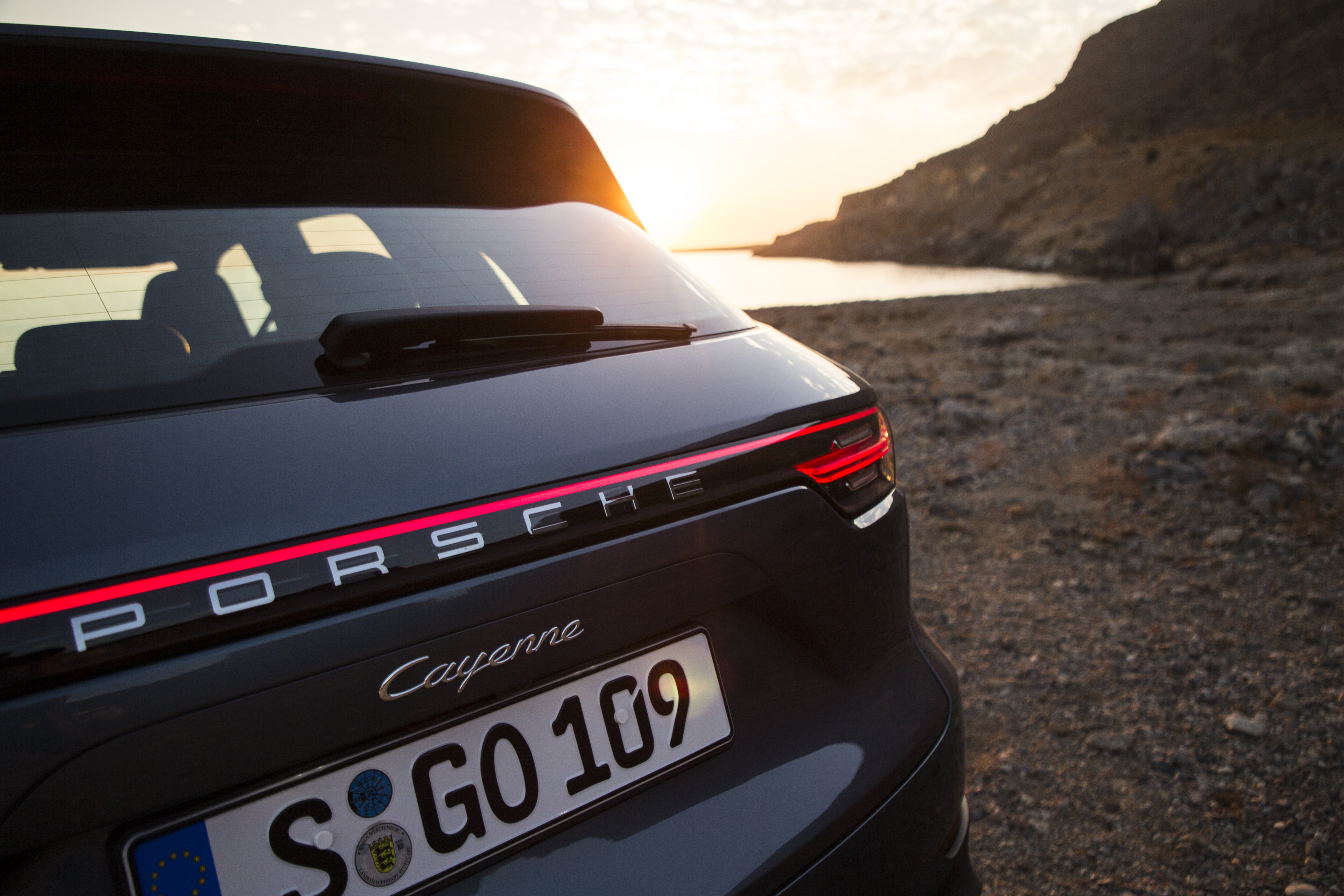 But it’s equally up to the task of being wound around the curves, corners and cambers of a mountain road, displaying and maintaining as much composure and even offering a little more agility than the Turbo. It enjoys to be driven with gusto, and it’s a joy to drive.

All three Cayenne versions I sampled displayed a firmer ride by conventional SUV standards, but by no means a jarring one – not even the Turbo, with its 21-inch wheels and fat, ultra-low profile tyres.

As for off-roading, I have no doubt that the Cayenne will cope with mild all-terrain conditions, especially given its intelligent all-wheel drive and selectable off-road modes. However, I sincerely doubt that all but a handful of Cayenne buyers will ever venture onto anything more challenging smooth gravel … 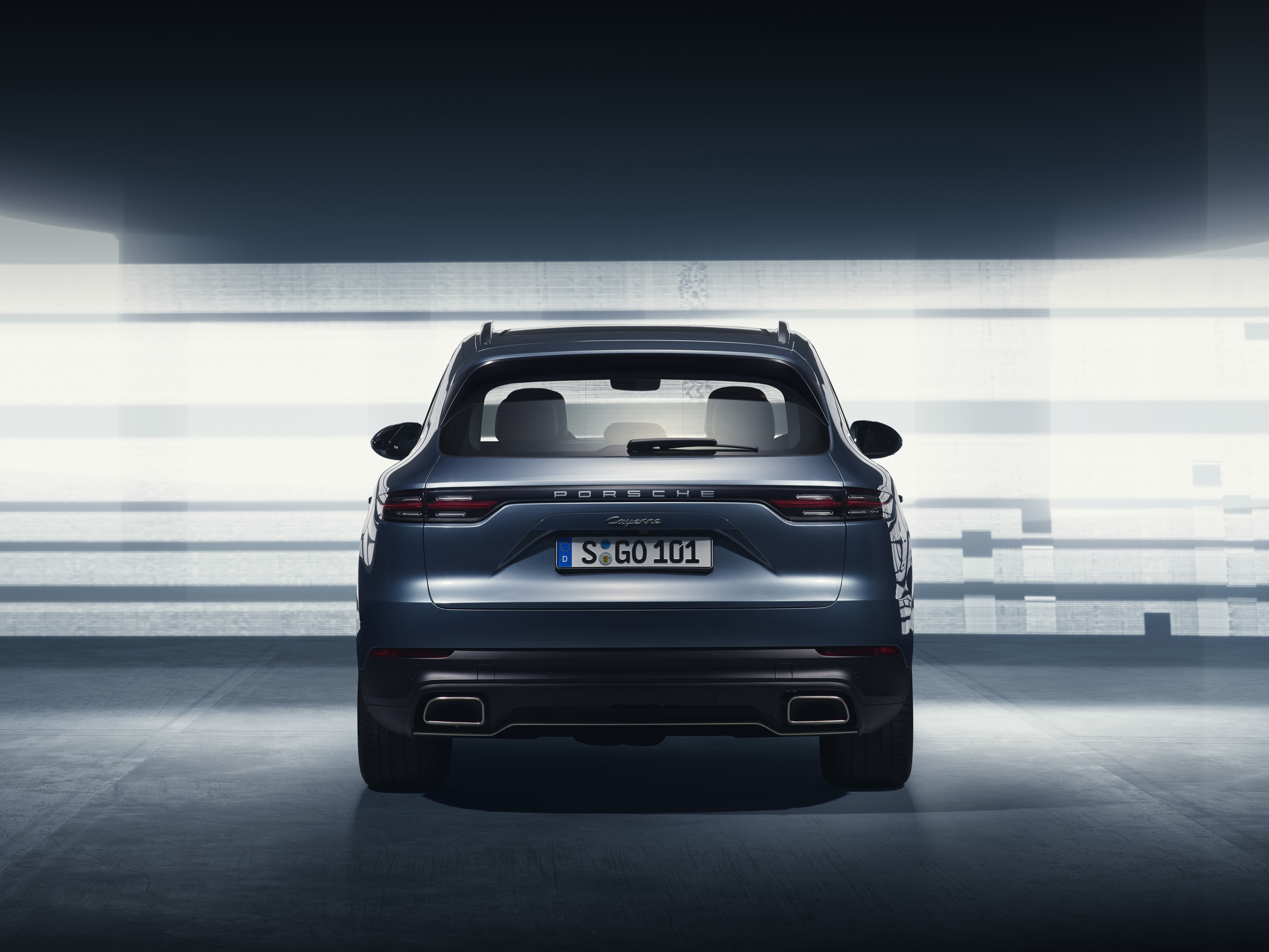 This third-generation rangeis not only the best Cayenne that Porsche has ever built. It’s also the most convincing from a Porsche brand perspective. It’s a true all-rounder without losing its sports car DNA – and that’s quite a feat. DM