Puppets bring the dangers of drugs to life 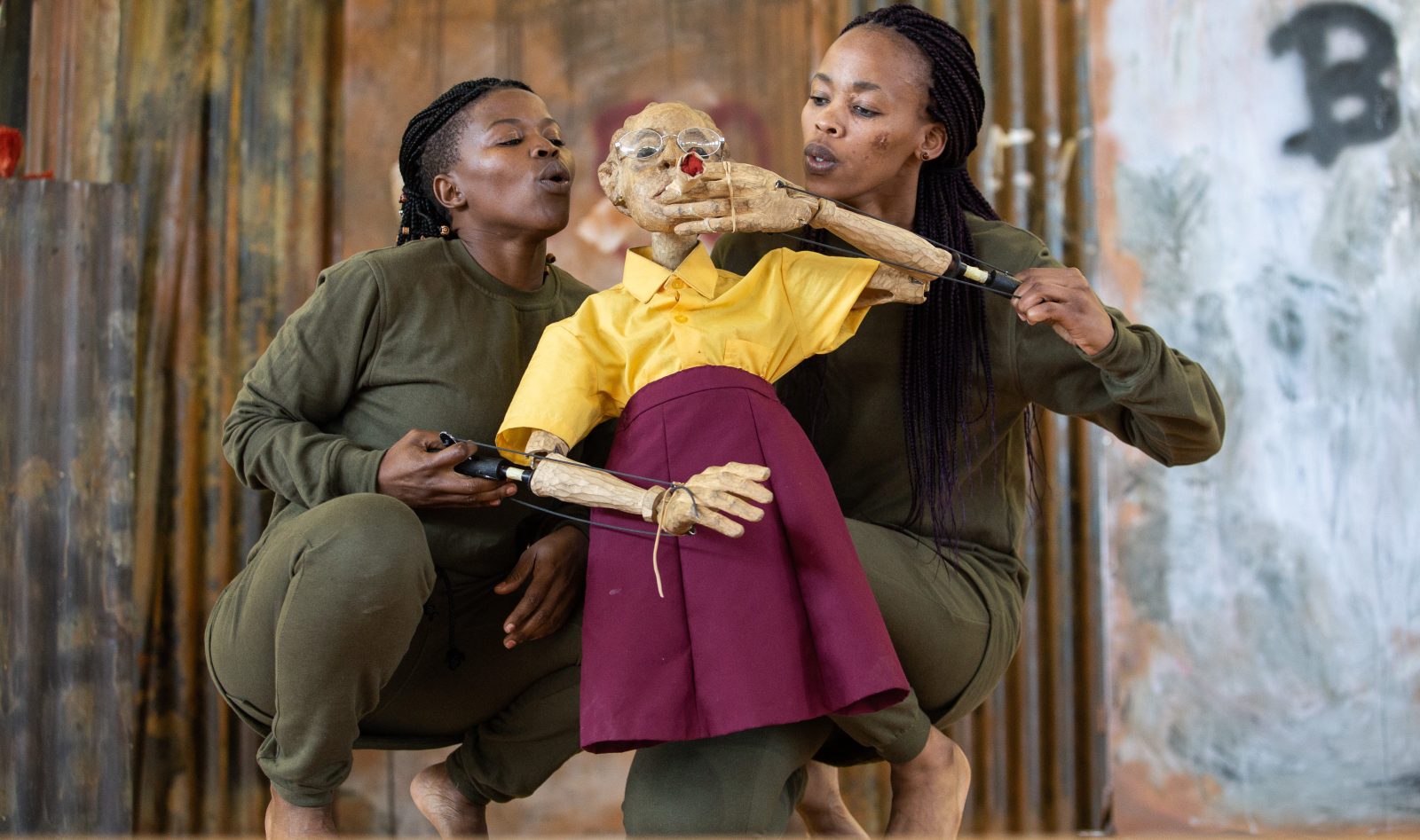 The Ukwanda Puppet Collective is on a school tour.

A group of young puppeteers from Cape Town’s townships are using puppets to tell school children about the dangers of drugs.

Warona, a Rose among the Thorns, is the story of a township schoolgirl told by the Ukwanda Design and Puppet Collective. Set in a fictional informal settlement called KwaNjandini, it is the story of 14-year-old Warona who has big dreams for her life, but she starts experimenting with drugs, gets hooked, and ends up in prison.

Earlier this month, the hall of Chris Hani High School in Khayelitsha was turned into a mini informal settlement, with a shack and a meat stand that had bloody “meat” made out of polystyrene hanging on hooks on display for customers. The play was performed by a cast of six, with three actors joining the puppeteers. Warona, her mother and the meat stand owner, as well as two excitable and noisy dogs, take the form of large wooden puppets. 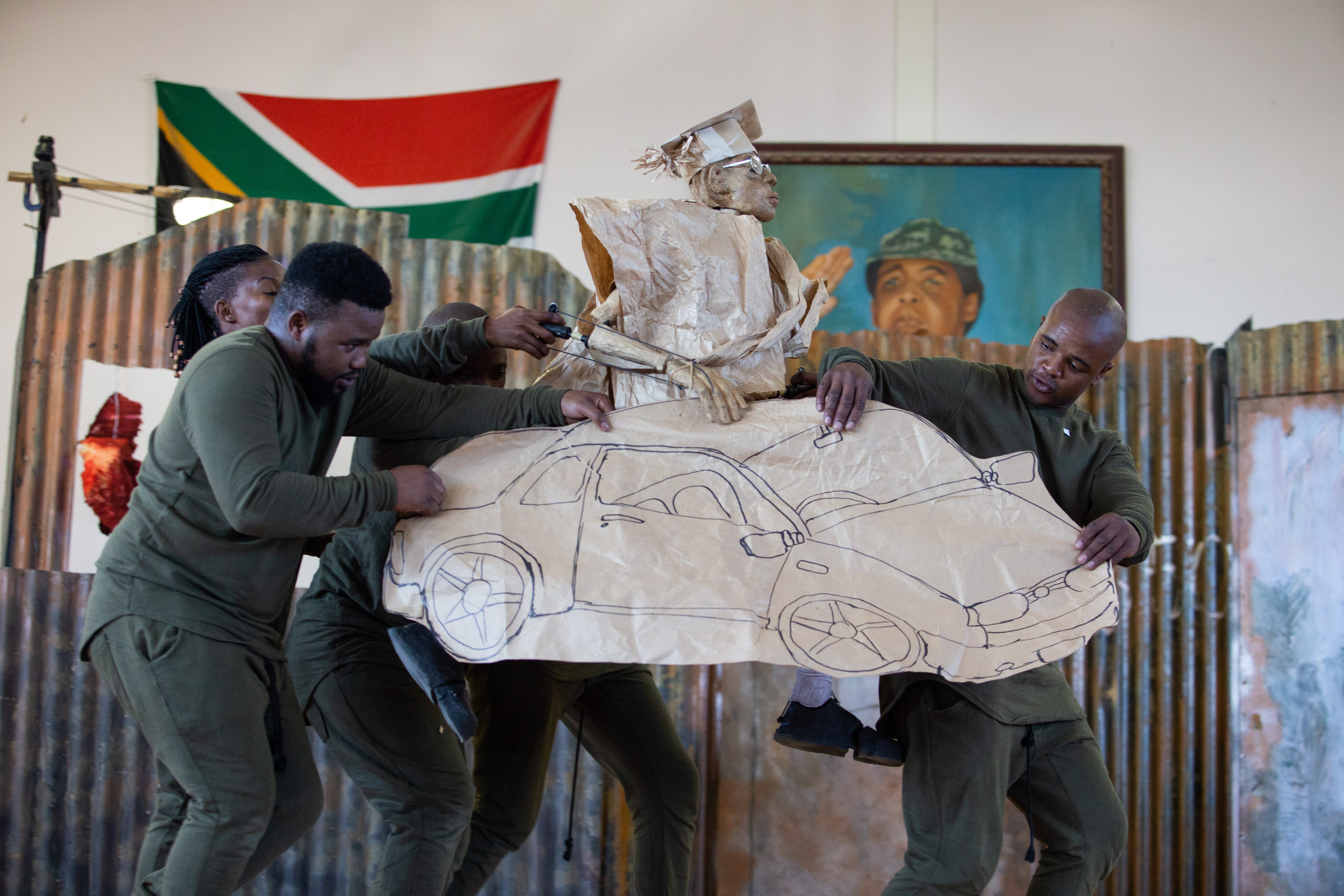 A scene from Warona, a Rose among the Thorns, the story of a township schoolgirl who falls into drug use.

Puppeteer Siphokazi Mpofu, from Makhaza in Khayelitsha, said Ukwanda was born out of the celebrated Handspring Puppet Company, best known for its internationally successful War Horse production. Everything she and Ukwanda colleagues Luyanda Nogodlwana and Sipho Ngxola knew about puppetry was learned from Handspring, she said.

The project is supported by the Centre for Humanities Research at the University of the Western Cape.

Ngxola and Nogodlwana, both from Masiphumelele, were part of the Masiphumelele Youth Development initiative. They came up with the story of Warona.

“It took us about three to four months to bring the story to life,” said Mpofu. “We rehearsed non-stop for six weeks until we were confident enough to bring the play to audiences. The reception from learners has been very good.” 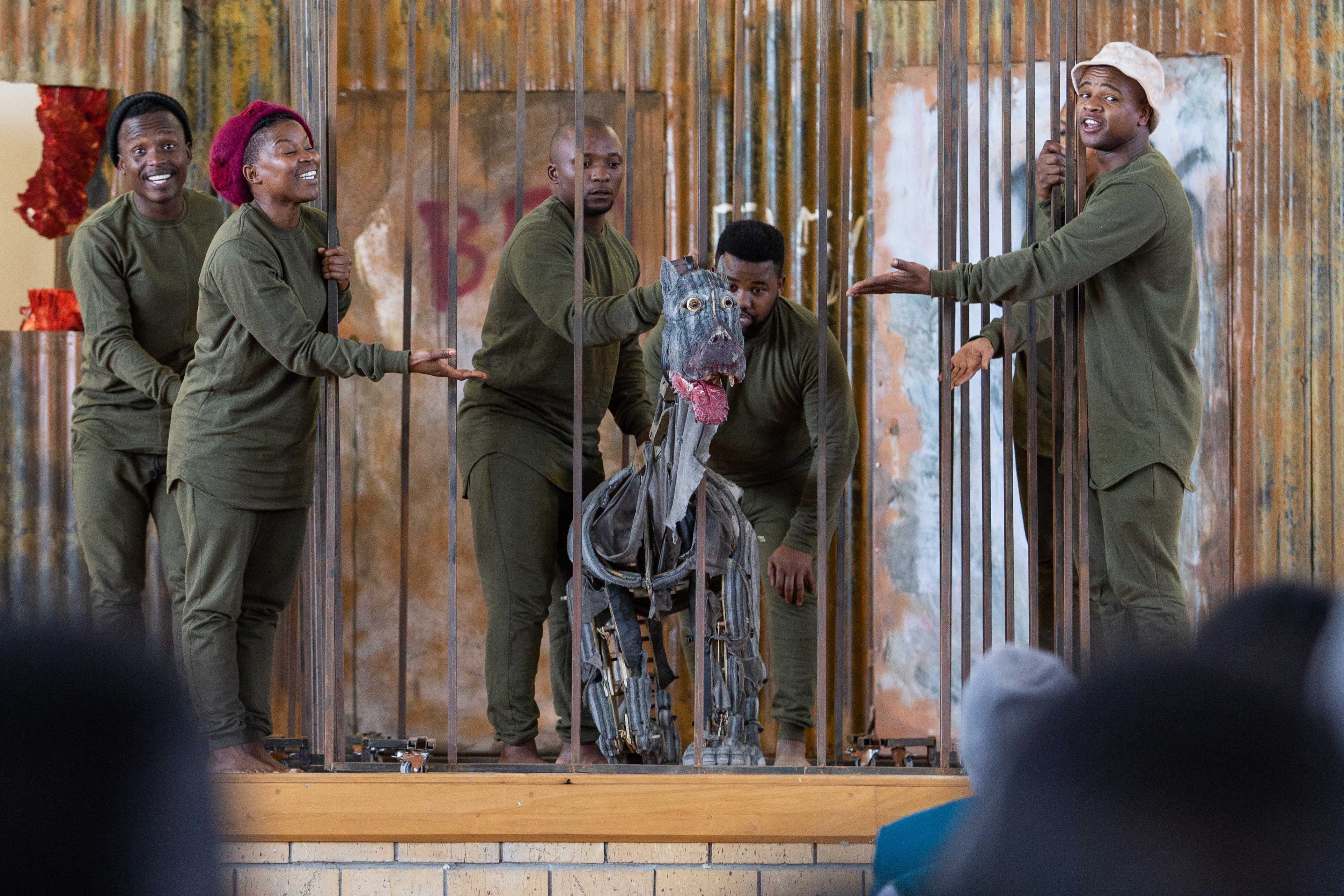 Mpofu said that at first Ukwanda used polystyrene to make their puppets, but at Handspring they had learned to use plywood and another wood called jelutong, which made movement of the puppets easier.

Murmurs, gasps and laughter could be heard from the high school audience as the son of the meat seller introduced Warona to tik. She changed from a hopeful schoolgirl to a drug addict, to the distress of her mother. One learner told a friend:

“This is what happens every day in the township, I know this kind of story.” 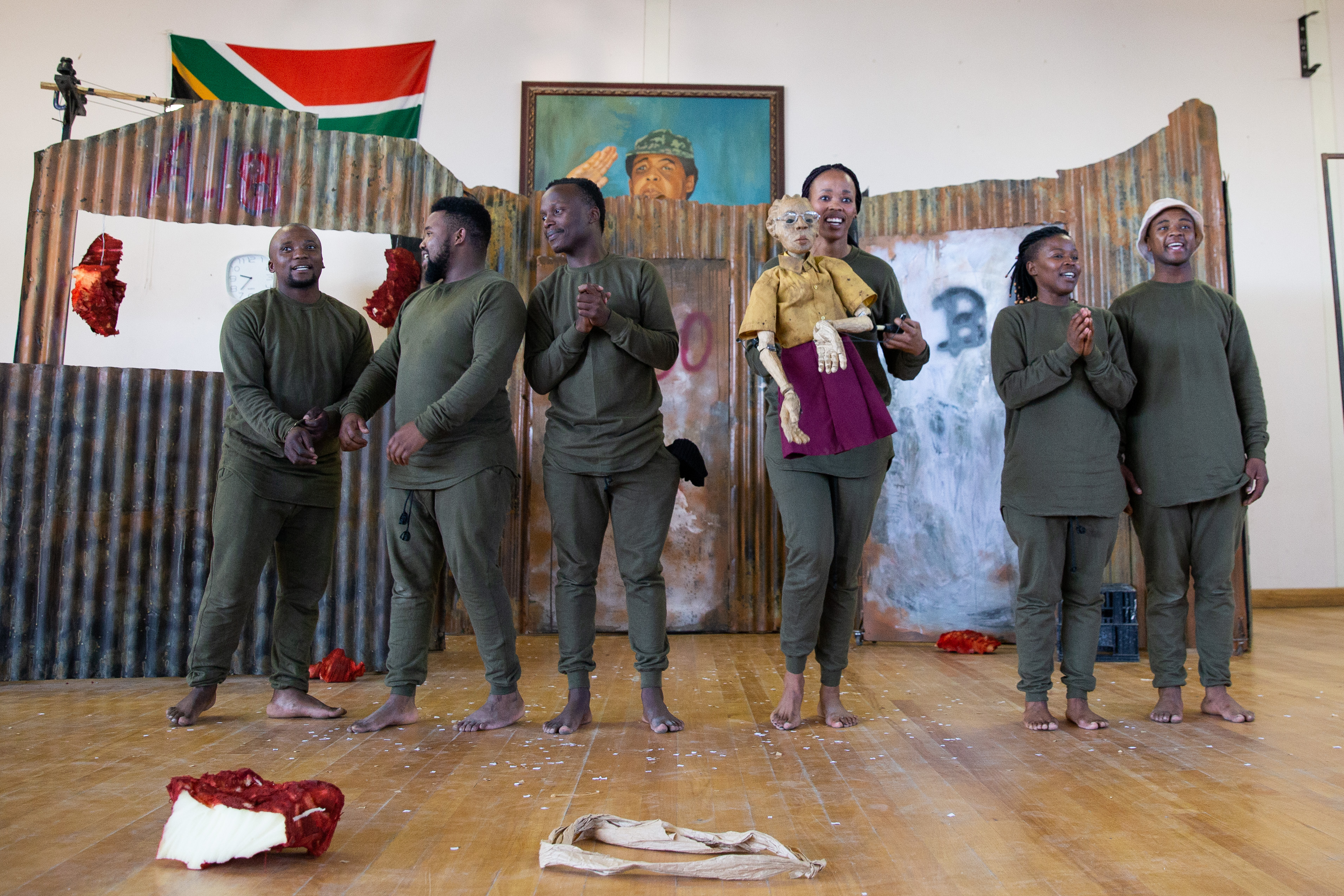 Asked by the cast what learners would like to change about the ending of the story, one learner said she would have loved to see Warona get help for her drug addiction, finish school and fulfil her dreams of becoming a physiotherapist, a farmer or a lawyer.

Director Thando Doni said there would be more performances in schools.

“There is a great need for these stories to be told,” he said. 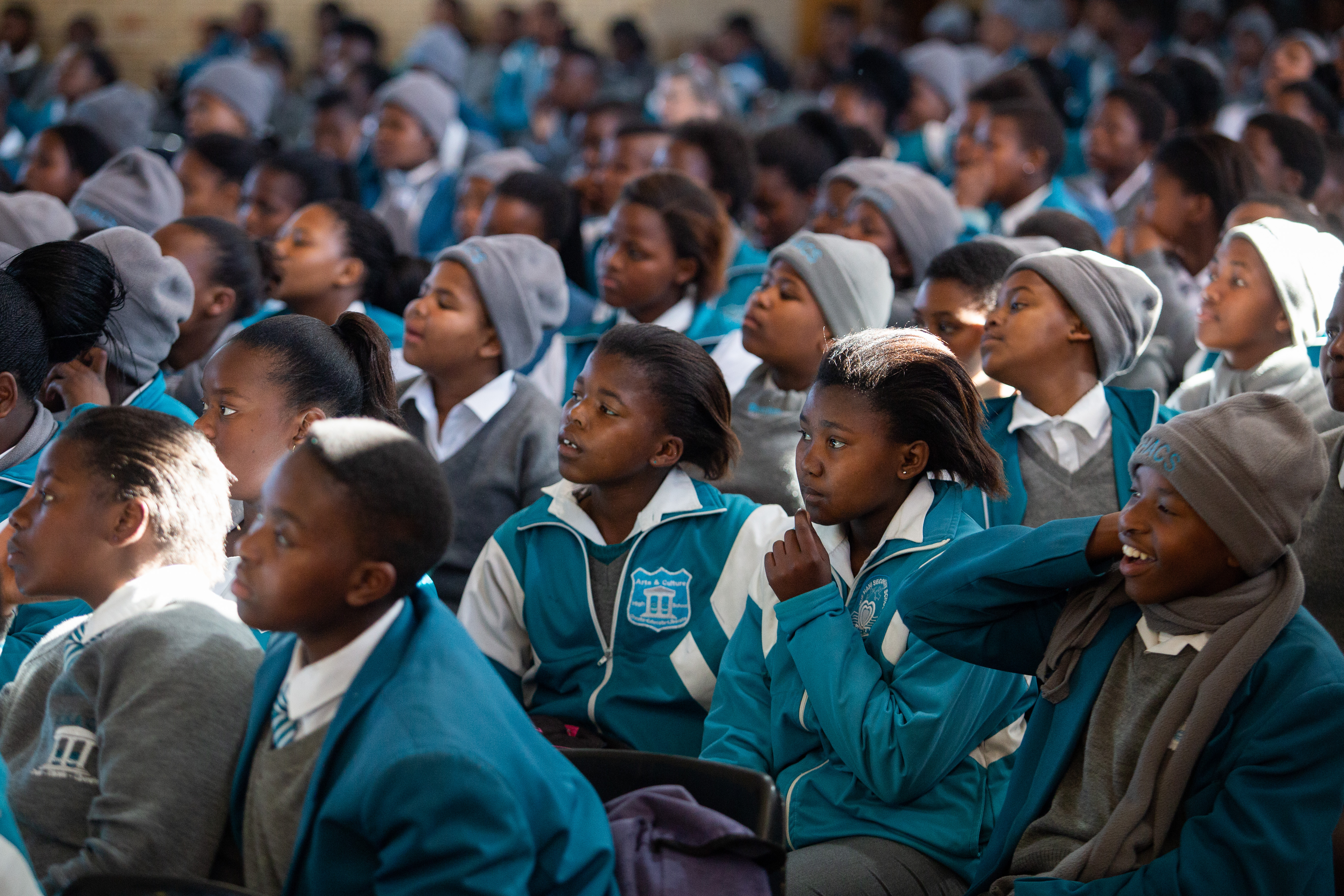 Murmurs, gasps and laughter could be heard from the learners watching Ukwanda’s puppet show at the Chris Hani High School in Khayelitsha.

“We need to be our own teachers, and by telling these stories, we are doing that. The whole cast is from Cape Town, different parts, and each of them has a story to tell,” said Doni. DM

This article is licensed under a Creative Commons Attribution-NoDerivatives 4.0 International Licence. You may republish this article, so long as you credit the authors and GroundUp, and do not change the text. Please include a link back to the original article.