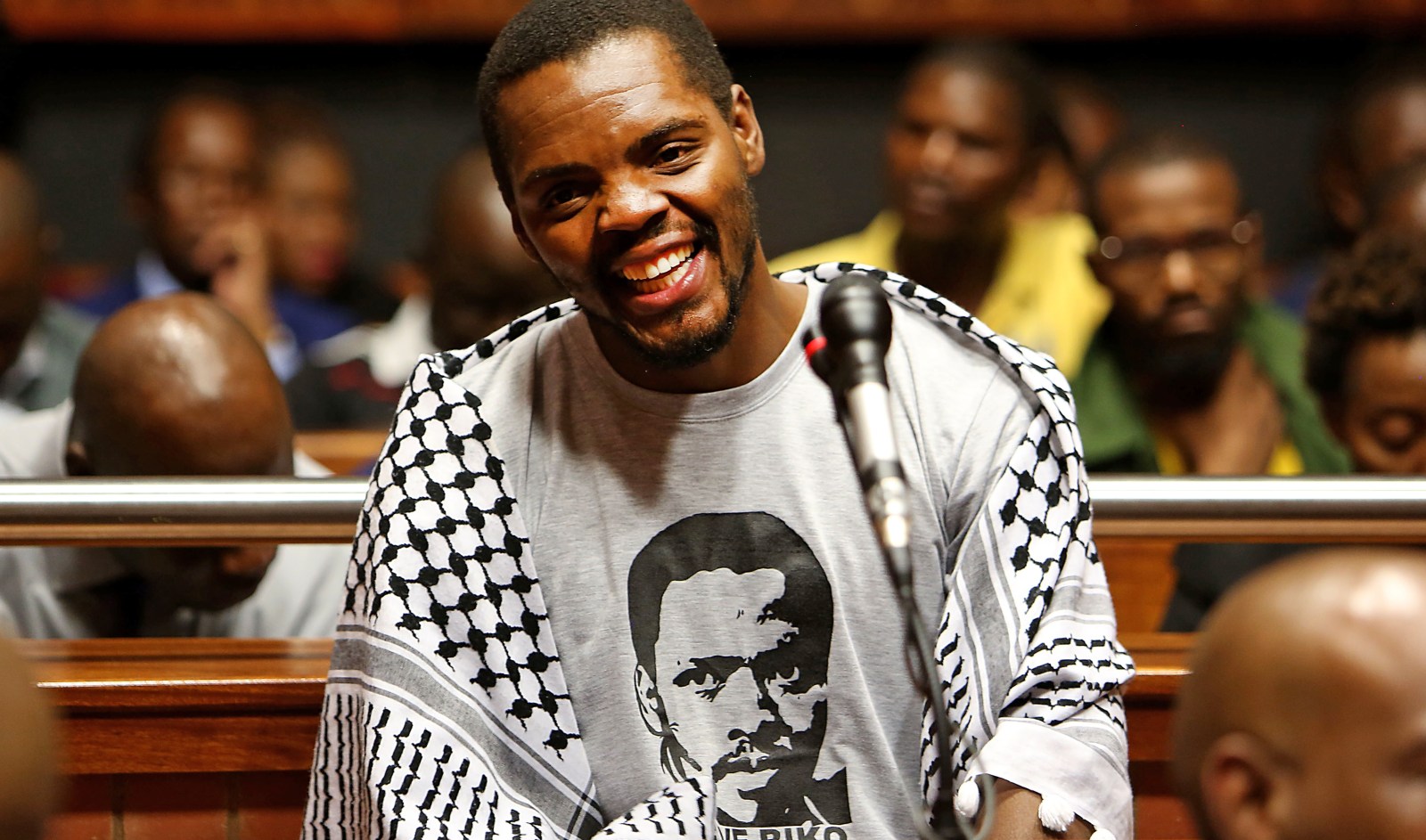 With the threat of prison time hanging over their heads, student activists involved in the FeesMustFall protests are taking a page out of South Africa’s history of negotiating with political prisoners and Truth and Reconciliation Commission in their pursuit for a Presidential pardon.

On Monday, 3 September, #FeesMustFall activist and student leader Mcebo Dlamini appeared in the Johannesburg Magistrate’s Court for yet another hearing related to charges linked to his activities during the fees must fall protests. It has been two years since he was first charged and his case has suffered several delays.

According to the defence, Dlamini is still a student and therefore waiting for his exam timetable at Wits University, and because of this it would not be possible to set an appropriate date at the moment.

Dlamini, who is facing multiple charges of public violence, assault, damage to property and violating a court interdict at Wits University during the 2016 #FeesMustFall protests, initially had a trial date set for July 30 and 31, but this was later postponed due to a change of lawyers.

And on Monday, 20 August, Dlamini arrived late for his court appearance to set another trial date. He later submitted a medical certificate, citing inflamation of his legs that made it hard for him to walk. This was after his long walk to the Union Buildings in Pretoria from Johannesburg the Friday before.

The defence told the judge that Dlamini wants to apply to the the National Prosecuting Authority for alternative dispute resolution mediation, which would allow for mediation to settle the matter outside the courts.

The exasperated presiding officer, Magistrate Carlo Labuschagne, was forced to postpone the matter to 17 September, when the timetable would have been made available.

Furthermore, this will give the defence time to apply to the Director of Public Prosecutions, who will determine whether the trial should continue or the matter be mediated outside court.

“It’s been two years now,” said Labuschagne. “We have reached a stage where it must go to trial.”

Dlamini is among the many student activists now seeking “alternative remedies” to either settle their cases outside of court or receive presidential pardons for those already convicted.

“I am very confident that we have touched the right nerve and have spoken to people’s consciousness,” said Dlamini to Daily Maverick outside court, “this trial will have to stop at some point.”

Khanya Cekeshe, a FootPrint Media Academy student, is serving a five-year sentence in Leeuwkop prison as a student activist for his part in a #FeesMustFall protest.

On 4 December 2017, Cekeshe was convicted in the Johannesburg Regional Court for public violence and damage to property at a protest in Braamfontein at which a police van was set alight.

Student activists across the country have been protesting at the Union Buildings and outside Parliament, demanding amnesty for students arrested and charged during the #FeesMustFall protests.

Durban University of Technology student Bongikonsi Khanyile recently staged a sleep-out at the Union Buildings after his conviction at the Durban Regional Court for public violence, possession of a dangerous weapon (a slingshot) and failing to comply with a police instruction during protests.

And although his sentencing is set for October, Khanyile hoped to appeal to President Ramaphosa to grant him a presidential pardon.

Justice Minister Michael Masutha later met Khanyile and other student activists to hear their plea and offer his support.

According to Masutha, he cannot offer the students “blanket exemptions” from prosecution nor can pardons be granted for ongoing cases. The law must be allowed to run its course.

“It is the prerogative of the prosecuting authorities to decide, based on the representation made, it deems it in the interest of justice whether to proceed or not to proceed with prosecutions,” Masutha told EyeWitnessNews.

The only thing he could do, he said, was to help students make the proper applications to the NPA for a review of cases for those who have been already charged or who are still on trial. DM