Election of Bobani as mayor a result of legal and administrative errors and should be overturned, argues Athol Trollip 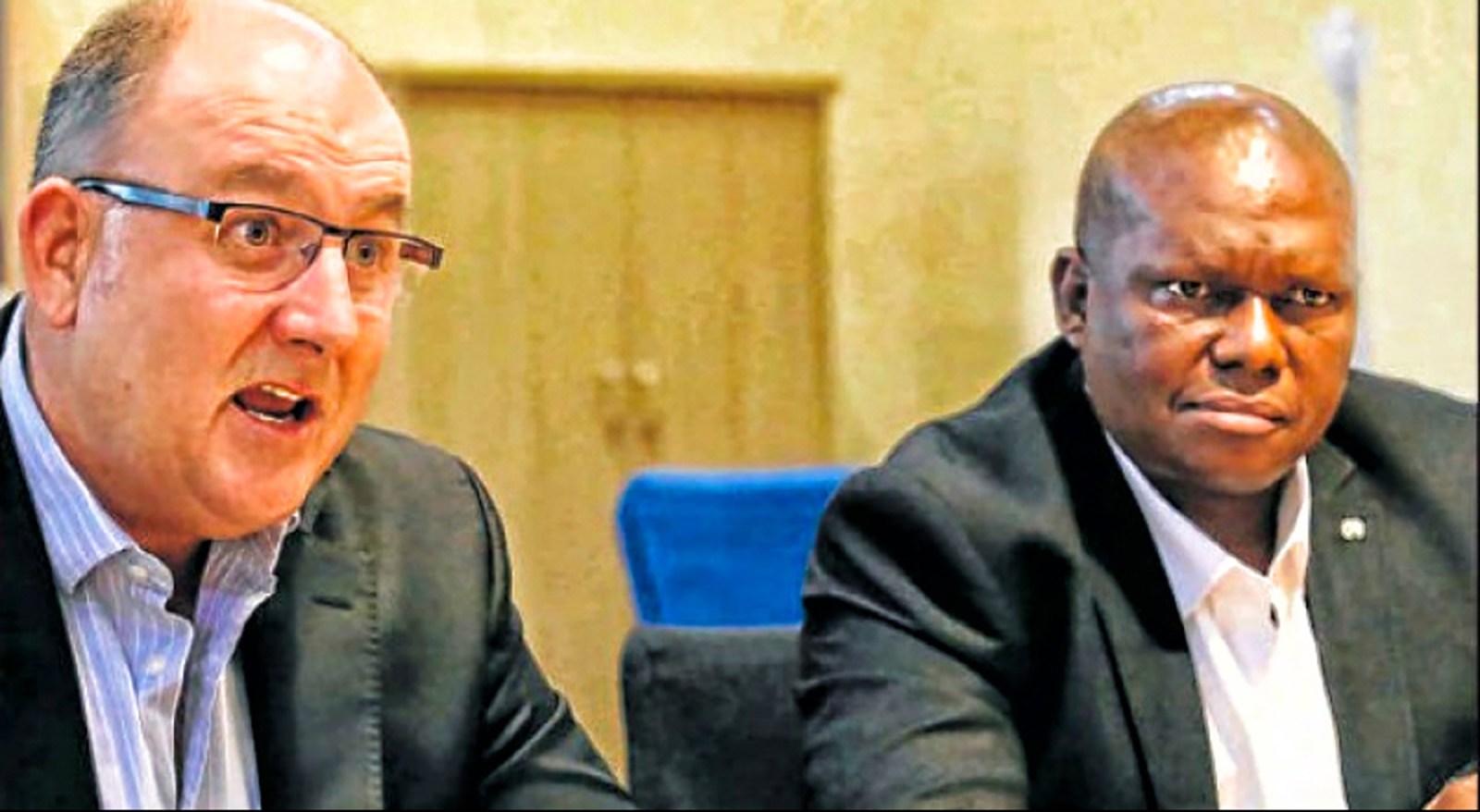 Nelson Mandela Bay Mayor Mongameli Bobani is adjusting to his new position, but his election remains contested. On Friday, former mayor Athol Trollip filed court papers outlining why he should still be the city’s first citizen, citing a host of legal errors that led to his removal.

The DA’s former Nelson Mandela Bay mayor Athol Trollip has argued in court papers that the no-confidence vote against him last Monday must be overturned, citing numerous legal and administrative errors in council that saw the UDM’s Mongameli Bobani elected in his place.

Trollip, who wrote the founding affidavit for the city’s DA-led coalition, which included the ACDP, Cope and the Patriotic Alliance, said Eastern Cape MEC of Co-operative Governance and Traditional Affairs Fikile Xasa had violated the law in his intervention and the council had failed to follow proper procedures.

The DA-led coalition’s fightback strategy relies on challenging Xasa’s intervention. Council speaker Jonathan Lawack was voted out on Monday after DA councillor Victor Manyati decided to abstain from the vote against Lawack, giving the ANC, EFF, UDM and other smaller opposition parties the edge they needed in the tightly contested council to remove the DA speaker.

Trollip’s legal challenge and his hopes of taking the mayorship back depend on what happened next. According to law: “The municipal manager or, if the municipal manager is not available, a person designated by the MEC for local government in the province, presides over the election of a speaker.”

Municipal manager Johann Mettler took over the session after Lawack’s removal and, on advice from lawyers, agreed that the DA’s move to immediately withdraw Manyati’s party membership created a vacancy in the council.

The DA and members of its coalition then left, having lost a speaker but retaining its executive. Mettler then said the sitting had no quorate and he, in his own words, “stood the meeting down”.

The opposition parties protested, accusing Mettler of bias, and after lengthy breaks, were determined to continue the council meeting to elect a new speaker, pass no-confidence motions in Trollip and the city’s chief whip, and elect their replacements. MEC Xasa then deployed an official from his office to elect a new speaker.

Whether Trollip or Bobani takes the mayorship will likely depend on what the courts rule on Mettler’s availability and whether the MEC could legally send an employee to take over proceedings and effectively end the DA-led coalition’s rule in the city.

In his affidavit, Trollip said he had spoken to the municipal manager and “he was at all times in his office in City Hall, which is directly across the street from the chamber. His cell phone was on and he was also accessible by landline (or for that matter email). His secretary was also available”.

He continued: “He informed me that at no time was he contacted by the [MEC] or anybody on his behalf, nor did he receive any electronic or other form of message inquiring as to his availability. He was plainly able to return to the meeting in the council chamber to the extent that this was necessary (if for example the meeting had become quorate).”

The DA argues that all decisions taken after the MEC’s deployee, Jenny Roestorff, began presiding over the election of the speaker should be ruled invalid. That would mean the election of the new speaker, no-confidence motions in Trollip and chief whip Werner Senekal, and the election of Bobani, his executive, the appointment of a deputy mayor, and a new chief whip, aligned mostly to the UDM, ANC and EFF, would be nullified.

Trollip also argued that Manyati’s DA membership should have been ruled as terminated, creating a vacancy in council, meaning all decisions after the DA left were taken without a quorum. He added that the DA-led coalition had, in writing and according to the law, nominated Lawack again as speaker after his removal, but that was ignored and the later nomination of the new speaker was not in writing.

The parties that took over Nelson Mandela Bay last week have dismissed the urgent application brought by Trollip and his allies. They have until Friday to submit their own court papers and the matter is expected to be heard in the Port Elizabeth High Court by 12 September 2018.

“We’re not worried about the DA’s publicity stunt because everything was done within the prescripts of the law,” Bobani is reported to have said. Xasa is likely to oppose the case while Mettler, at the centre of the issues, has said he is unlikely to oppose the application, which would help Trollip’s case.

Bobani has taken on the mayoral role with typical symbolism. He was recently filmed swivelling in his chair in the mayor’s office and met and reconciled with a resident who had posted a racial slur against him on Facebook. This weekend saw the city’s first Ironman race, which Bobani said would be a priority for his new government.

The Eastern Cape ANC last week issued a detailed statement welcoming the new administration and outlining the DA-led coalition’s failures in government. “The political bickering, power struggle and meddling in the administration of the Nelson Mandela Bay Municipality, which has seriously compromised and failed citizens of this metro, must now be a thing of the past,” it said.

The DA maintains Trollip is mayor and the party’s councillor Retief Odendaal claimed on Sunday the new administration failed to meet a delegation from the national Department of Co-operative Governance and Traditional Affairs sent to investigate the recent change in government in the city.

“Athol Trollip is the real executive mayor of Nelson Mandela Bay. It is under Mayor Trollip’s leadership that this metro has started to see change,” said Odendaal.

Former mayor Trollip has meanwhile taken to Twitter to criticise his opponents in the city, taking UDM and ANC leaders to task. DM