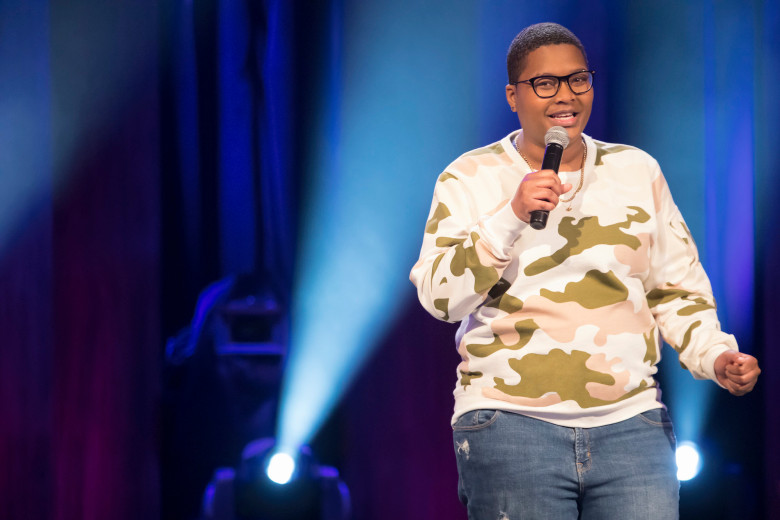 A little dose of comedy, a sprinkling of bingeing and a big bit of insight into just how seriously government’s take their espionage.

If you’re familiar with shows like Live At The Apollo, you’ll know that having comedians line-up for a 15 minute slot can be a bit hit and miss. The Comedy Lineup is Netflix’s way of introducing you to some funny (and not so funny) people you haven’t heard of before. Some are cringe-worthy, others will make you want to buy their DVDs (if that’s still a thing).

The first season features eight stand ups, all with a different style and different themes. Even if you find some performances lukewarm, just stick with it. It’s only 15 minutes and you’ve probably wasted your life in worse ways. Our favourites? Taylor Tomlinson and Sam Jay.

Secrets of Her Majesty’s Secret Service

You’ll have to watch this teaser on Netflix itself.

If you’re not familiar with intelligence services around the world, this will blow your mind. If you’re well-versed in all things espionage beyond the Bond films, stop reading.

With all the stories of spies and double agents being poisoned on British soil making the news recently, this short documentary is worth your time.

Poison-tipped umbrellas and other sophisticated weapons might sound like something out of the movies, but it turns out the stuff is all real. Sure, it’s not always Go-Go Gadget arm extensions, but the lengths governments go to, all in the name of “public safety” or interest is extraordinary.

At the end you might be left with the burning question of how all of this is legal. It’s not. But it’s apparently fine if it’s for the public good.

If you enjoy a historical drama, Frontier will keep you happily occupied for two seasons with Netflix planning a third to be with us soon.

It tells the story, warts and all, of the fur trade in what is now Canada in the 1700s with just about every seafaring nation battling it out to take control of the lucrative hunting grounds. St James and Hudson Bay form the backdrop.

And of course everyone nicked the pelts and the land from the Native American people so they join the fight. Frontier promises a lot of blood and action.

This is not a pretty costume drama enacted by people with perfect teeth. You have Jason Momoa, formerly of Game of Thrones, as a troubled anti-hero and Alun Armstrong being a very nasty English person in a largely otherwise unknown cast – well, to us.

It’s absorbing and the wilderness is gorgeous to look at.

Video of the Week: The Amazing Life-size LEGO Technic Bugatti Chiron that DRIVES

Lego made a Bugatti Chiron. It works, and it makes your childhood creations look utterly, hopelessly inadequate.

We know we featured it recently, but since we’re a few episodes in, shout-out to Oz. It’s very, very good TV.  Elsewhere, the US Open tennis rumbles along with Serena Williams finding new ways to clap back through fashion. There’s no international rugby to let you down, but the second-round fixtures of the MTN8 semi-finals are scheduled for Saturday and Sunday. DM