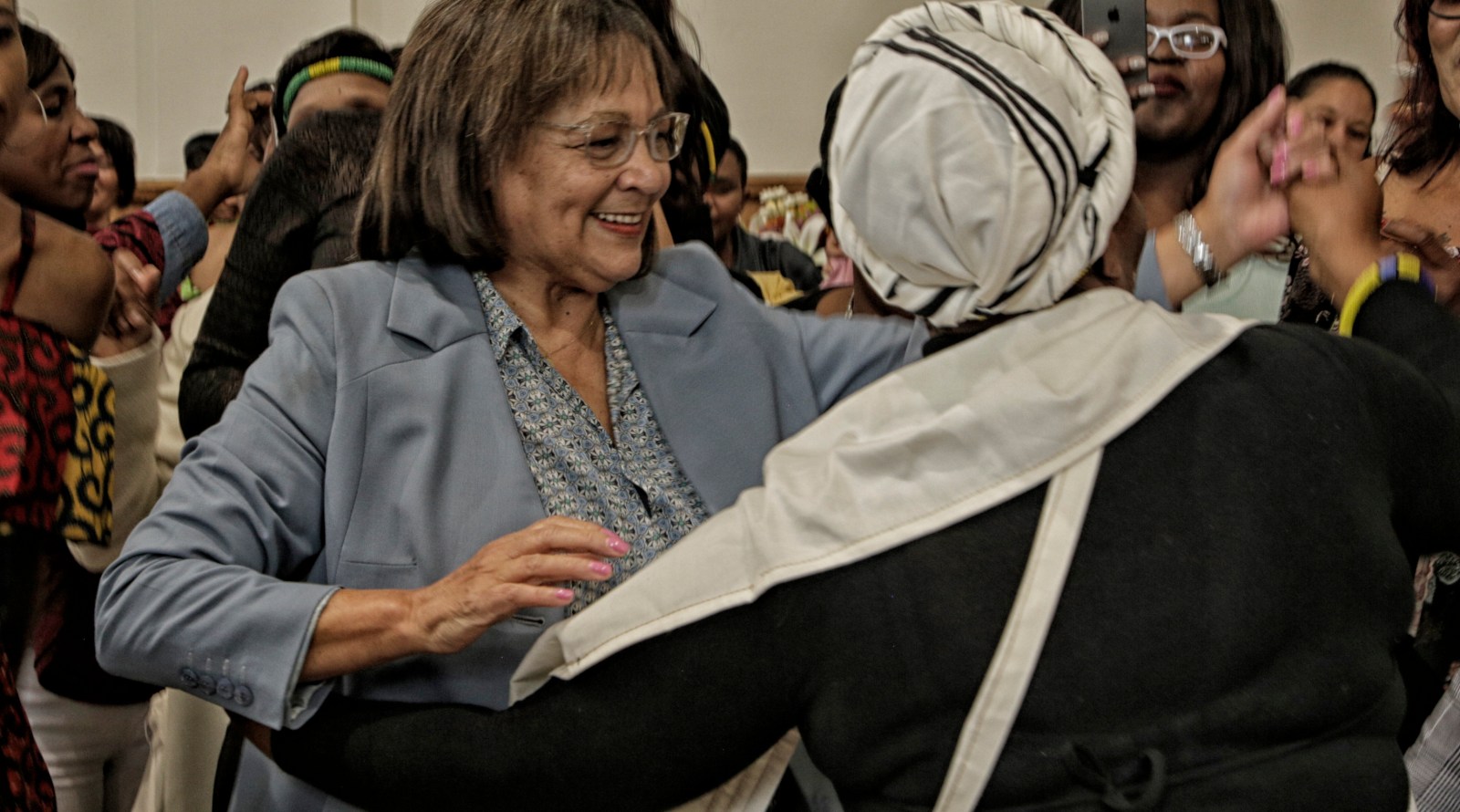 As Women’s Month draws to a close, about 130 vulnerable women living in shelters gathered on Thursday for a luncheon hosted by the Western Cape Women’s Shelter Network.

“For the women, this is heaven — a break for them, for them to let their hair down,” said Joy Lange, the executive director for the St Anne’s Home in Woodstock, Cape Town.

Around 130 women from 13 shelters across Cape Town gathered for an afternoon’s respite at the Cape Town City Hall.

Speaking to Daily Maverick, Lange said over the past five years, women have often faced a triple challenge of poverty, unemployment and inequality, leading them to leave their abusive partners and seek refuge in shelters.

“The shelter is often the last resort and people, women have a negative perception of shelters,” said Lange, who has been working at the shelter for more than 10 years. St Anne’s takes in women and children, from infants to five years old, for a period of four months.

“Women, when they come in (to the shelters), they are broken,” Lange said.

Lange told Daily Maverick shelters need more funding — currently St Anne’s gets 40% of its funding from the government and has to fundraise for the rest of its operational costs. At the moment, the home has room for 40 people.

On Thursday, the women attended a luncheon hosted by the Western Cape Women’s Shelter Network, with employees from the City of Cape Town providing manicures and access to the city’s Expanded Public Works Programme database.

“Today I felt free,” said one woman who has lived in a shelter for the past three days. The woman, originally from Stellenbosch, told Daily Maverick her three children, all under 18, were taken away from her. She had left her abusive boyfriend and came to live in a shelter in the city.

She did not know where her children were. Speaking in Afrikaans, the woman said:

“I last heard the one was taken in by a white person in Durbanville.”

Dressed in a long maroon evening dress, she told Daily Maverick when local singer Jarrad Ricketts sang and danced with her, “it meant so much to me, nobody was like that to me”.

The 37-year-old told Daily Maverick: “Enough is enough. I want my life back.”

“As mayor, I myself certainly don’t know everything that you as a woman in a shelter have to face.”

De Lille said some families are aware of abuse, but are more worried about the family’s reputation than they are of the abuse allegations.

“That family will have the blood of that woman on their hands.” DM