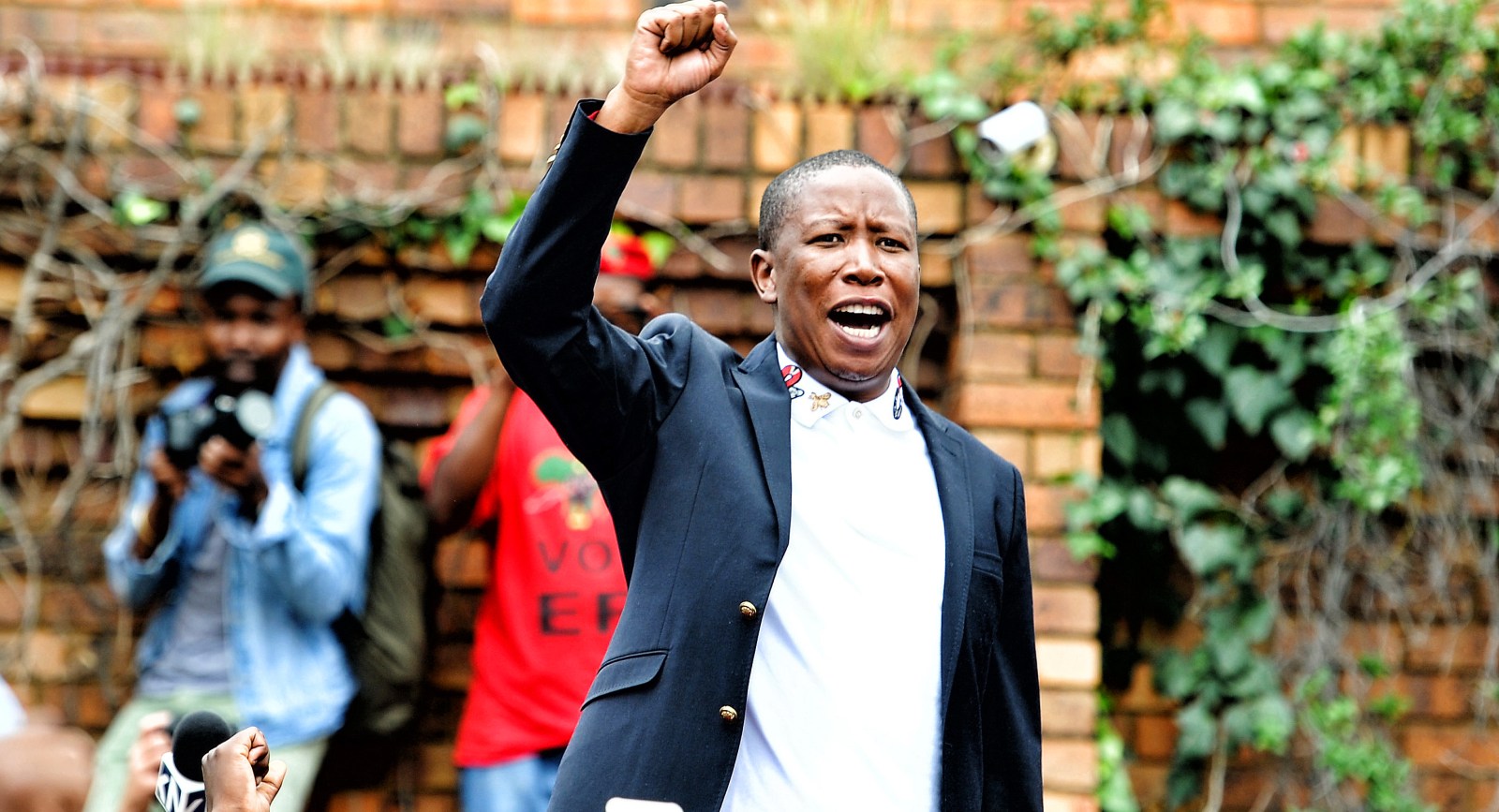 While the nation’s media, social and otherwise, were busy holding intense “conversations” and rightly reacting with outrage to the racist views in an idiotic rant by a holidaying South African, a more serious racial allegation by a media-savvy politician seems to have passed without comment.

Even the usually perspicacious Eusebius McKaiser seemed to have missed this particular instance of flagrant racism completely. The holiday-maker’s utterances followed by those of the fascist president of the United States’ on the supposed systematic policy attacks on white farmers were deemed to be newsworthy and thus more worthy of opprobrium in the public sphere.

Those by Julius Malema stating “there’s a group of white right-wingers who are being trained by Jews in Pretoria to be snipers…” were not. Of course the part of the statement concerning racist right wingers contains within it the possibility of truth; the other part is pure racist anti-Semitic fiction. It was also reported that the EFF gave the police a deadline to arrest Adam Catzavelos, the offending racist bigot, but passed in silence the racism of its own leader. The combining of one plausible statement (eg financial capital dominates the world) with a complete fabrication (eg most bankers are Jews) is a typical ploy of fascist political discourse that continues to be used.

What is concerning here is not only the obvious double standards within which our trendy media operates, but the apparent fact that, what in many countries would be a statement inciting gratuitous racism, passes completely unnoticed so much so that one suspects that it is fully part of the mainstream public sphere. Not even BDS – an organisation closely associated with the ANC – which rightly advocates the isolation of the Zionist state of Israel, who one would have expected to distance itself from vulgar anti-Semitism, commented. One searches in vain for any critical comment in the media. In fact the media has regularly given these kind of utterances an uncritical airing. Malema was apparently addressing the media in general when he made these comments on Thursday. The combination of militaristic discourses, the willingness to partake in the shedding of blood, vulgar anti-Semitism, and the idealisation of the national soil for which one is prepared to die for are common tropes associated with the ultra-right wing worldwide commonly known as fascism.

The origins of the media’s tolerance of racist comments and its complicity in enabling and reproducing racist discourse have an obviously long history in this country, but it is sometimes assumed that, because white racist statements are rightly greeted with justified disgust, a discourse of labelling of the feared “other” is somehow in the process of elimination. It is well known that it is political fear which lies at the root of discrimination and the search for scapegoats. The fear of feminism and of LGBTI people’s attempts at asserting their humanity are a clear threat to patriarchy. A politics of peace is a clear threat to militarism and to putative “commanders in chiefs”. The “swartgevaar” continues to be a threat to white privilege, while the “rooigevaar” and the organised poor have always been a threat to corrupt politicians and to large private property ownership.

The discourse of the fear of the other was not only tolerated but propagated by the mass media in the form of xenophobia for many years from the 1990s onwards. Politicians’ (from all parties) claims that “foreigners” were the bringers of disease, the source of drugs, and the foundation of theft and corruption and a threat to the economy were repeated with little comment or indeed constraint for many years.

Other state apparatuses of a less ideological and more repressive character saw foreigners as “mobile ATMs” and therefore legitimate targets. It is well-known that police stand idly by while foreigners are being attacked and robbed (and frequently participate in the robbing), that hospitals refuse to treat foreign nationals and that those deemed to be different in any way are victims of violence. Is it surprising then those South Africans whose ancestors originate from the Indian sub-continent are shamelessly attacked publicly with little in terms of political response? There is no understanding whatsoever that many Jews are in fact black.

From foreigners, to Indians and now to Jews. The absence of critical commentary in the public sphere remains palpable and academia (with rare exceptions) is ideologically incapable of providing a critical response. The danger of fascism is a worldwide phenomenon that has received precious little intellectually serious analysis as the academy and the international media prefer to refer to “authoritarian populism” to describe the phenomenon, a politically unthreatening term if there ever was one. It should not be forgotten that fascists in both Italy and Germany in the 1930s used socialist as well as nationalist language while militarism, total control by the state and nihilistic discourse were all commonly deployed. In South Africa today who is to be next on the list of scapegoats?

One is reminded of the famous poem by Pastor Martin Niemöller’s written in fascist Germany which I have taken the liberty of adapting to South African conditions:

First they came for the blacks, and I did not speak out (except when forced to) —

Because I was not black

Then they came for the communists, and I did not speak out—
Because I was not a communist

Then they came for the foreigners, and I did not speak out—
Because I was not a foreigner.

Then they came for the Indians, and I did not speak out —

Because I was not an Indian

Then they came for the Jews, and I did not speak out—
Because I was not a Jew.

Then they came for me—and there was no one left to speak for me. DM

Michael Neocosmos is Emeritus Professor in the Humanities, Rhodes University