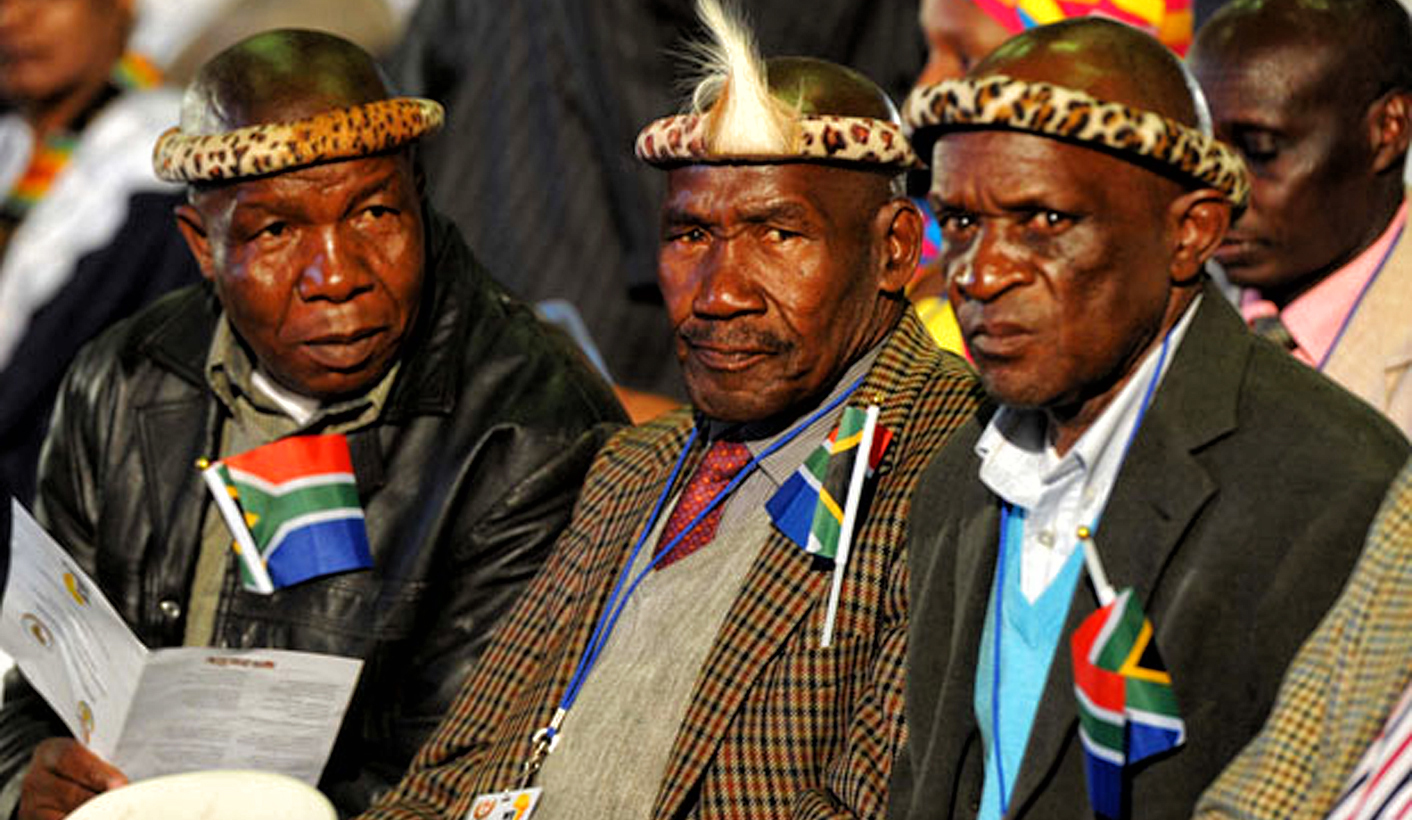 As the land debate moves into a different gear, the ANC walks a tightrope on the issue of communal land and the allegiance of traditional leaders. With rising demand for a clear position on land expropriation, there are some concessions the ruling party might find difficult to uphold.

On Tuesday, 28 August, the ANC and the Congress of Traditional Leaders of South Africa (Contralesa) hosted a media briefing at the Saint George Hotel in Centurion, where they released a joint statement after talks about the government’s new stance on land expropriation without compensation

The talks, aimed at improving relations between the two bodies after months of disgruntlement over the communal land issue, were held at Luthuli House over a period of two days, as the ANC attempted to mend the rift.

The meeting included talks on the proposed amendment to Section 25 of the Constitution, and in “particular the role of traditional authorities in relation to communal land”, the statement said.

The ANC reiterated its position on land redistribution, restitution and security of tenure. With regard to communal land, the ruling party insists that the “kings and chiefs are the legitimate custodians of communal land on behalf of the the people”, said Magashule.

Contralesa has been window-shopping over the past few months for allies to support in the 2019 elections after the release of former President Kgalema Motlanthe’s high level panel report on government policy reform which recommended the dissolution of KwaZulu-Natal’s Ingonyama Trust and his subsequent comments at the party’s land summit, referring to traditional leaders as “village tinpot dictators”.

Contralesa later held a media briefing with the EFF in July 2018, signalling their shared values on the land debate and willingness to work together. With a promise for possible support in the upcoming elections, Contralesa signalled its dissatisfaction about the manner in which the ANC was conducting the land debate.

However, the latest talks seem to have mended the relationship. A joint task team was established, to be headed by the deputy presidents of the two organisations, Mabuza and Pilane.

Although the mandate of task team is not clear, Contralesa has demanded the release from prison of abaThembhu King Buyelekhaya Dalindyebo, who has been sentenced to 12 years for culpable homicide.

“We are happy because this task team is being taken seriously, in the sense that it is being led by the deputy presidents,” said Mkiva.

Mkiva says Contralesa has communicated to the ANC of issues that needed to be addressed in the task team talks, such as the provision of electricity, road networks and running water in rural areas, and issues affecting traditional leaders and their offices.

“The manifesto you are going to see is going to reflect what we expect, there is no question about that,” said Mkiva.

The Contralesa leaders said the idea that people in rural areas needed security of tenure was a fallacy peddled in the media.

The idea that people in rural areas wanted title deeds so as to secure loans was rejected by the Contralesa leaders. Pilane said no one wanted to be steeped in debt.

“If you owe the bank and you can’t pay them, they will take that land. We will get to a place where the whole area is owned by banks,” said Pilane.

The ANC however, has recently included the handing over of title deeds as part of their land restitution policy.