Sassa accused of shutting down pay points too soon 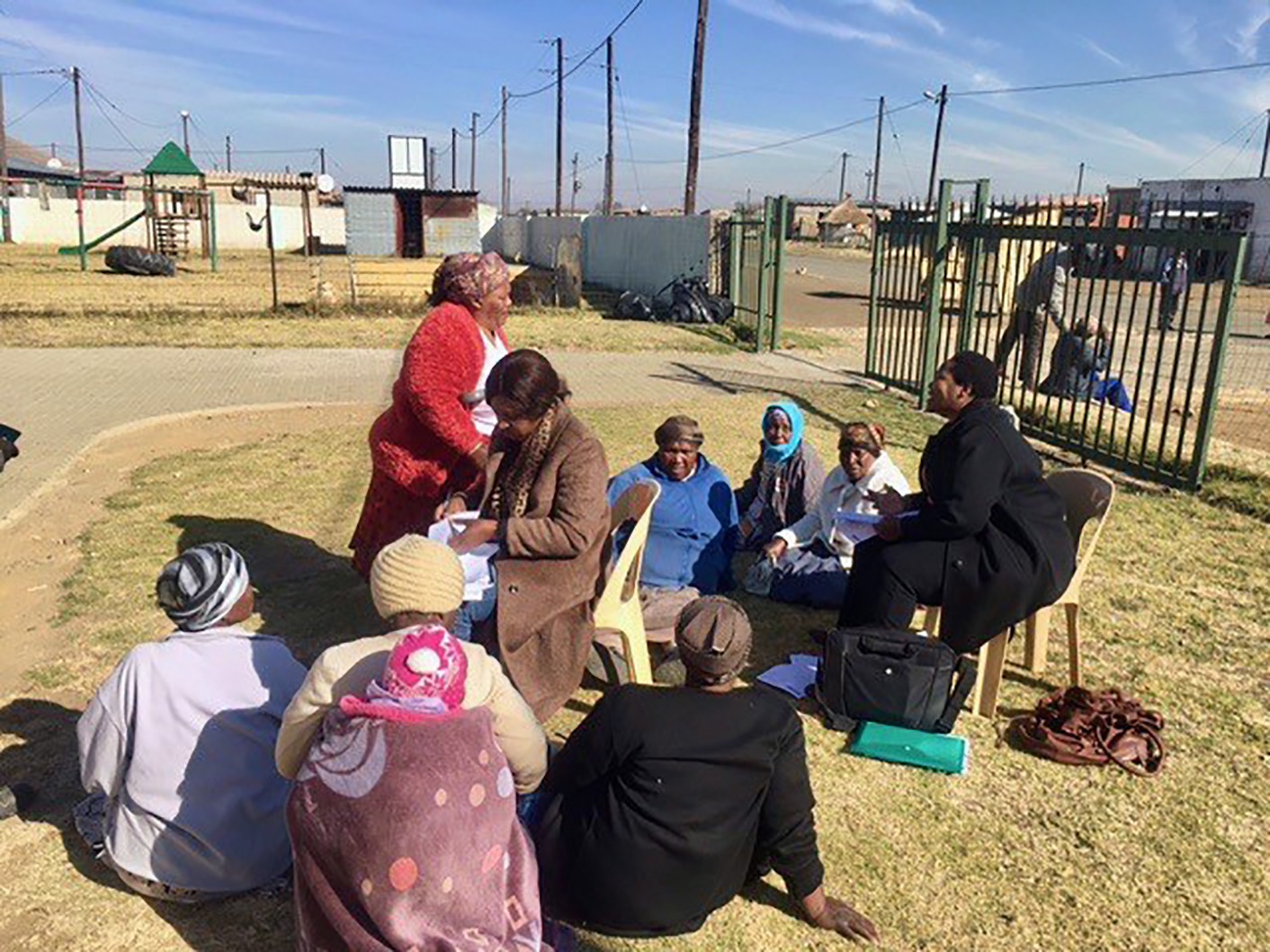 SASSA beneficiaries outside the Perdekop Community Hall after they had completed their card swaps. Photo supplied

Some grant beneficiaries in rural areas battle to get their money. By Barbara Maregele and Nompendulo Ngubane

The South African Social Security Agency (Sassa) has been accused of closing some cash pay points too soon, leaving many beneficiaries in the lurch.

About 700,000 grant beneficiaries still receive their grant at pay points.

Several pensioners living in rural areas have complained that the closure of their usual pay points has forced them to travel greater distances to SA Post Office pay points. The Black Sash has accused Sassa of taking a “premature” decision to close some pay points “without considering the serious impact” on vulnerable beneficiaries.

Between April and mid-August, Sassa reduced the number of grant beneficiaries receiving cash at pay points from about two-million to just over 700,000. This is part of the plan to phase out Cash Paymaster Services (CPS) and eventually decommission most pay points across the country. Since May, more than 5,000 pay points have been consolidated or decommissioned. These were either considered redundant or were situated 10km or less from a Sassa pay point, a post office, an ATM or a retail store.

CPS, which formerly ran the whole payments system, is now making payments in cash only and will make its final payment to around 300,000 beneficiaries when its contract ends on 30 September. The Post Office will take over at more than 1,300 cash pay points.

Sassa national spokesperson Kgomoco Diseko said that pay points were the most expensive part of social grant payments and transporting cash was risky.

“It makes sense for Sassa to re-look the current options available,” he said.

But several beneficiaries told GroundUpthey were unhappy with the closure of their pay points.

In Mpumalanga, GroundUp spoke mostly to pensioners who live in remote areas. Some said their pay points had been closed; others have the new Sassa/SAPO card that can no longer be used to collect cash at pay points. This means they now have to travel to the nearest post office to get their grants in cash. If they choose to withdraw their grants at ATMs and merchant stores, a service fee is charged.

Samaria Mavuso, 58, gets a R1,690 disability grant. For years she visited the pay point at a community hall in Siyazenzela township. Now she has to pay R28 for a round trip to the post office in Perdekop where there are no toilets or chairs.

“Asgogos we accompany each other to pee (outside). We use our scarves to hide so we are not exposed to the public,” she said. Mavuso said grant beneficiaries had to sit on grass around the post office.

She also raised concerns with high banking charges should she choose to withdraw her grant at a nearby ATM. “Sometimes I withdraw from the ATM and there is a R30 bank fee. R30 goes a long way.”

David Masimula, 64, was also a regular at the Siyazenzela pay points. He said he now has to walk about four kilometres from his home on a farm to the post office in Perdekop. He said the queues were very long and service was slow.

Flora Mtsweni, 63, used to walk to a pay points near her home. Now she has to pay R25 for a single taxi trip to a post office in Volksrust. She prefers to go there than to Perdekop because “there are more shops to buy groceries than in Perdekop, but the Volksrust post office often has network problems and long queues”.

In its July report to the Constitutional Court, which is overseeing the changes to the payment system, the Black Sash also raised concerns with the closure of the Phatsima pay points in Rustenburg. The Phatsima community is at least 45km from the nearest post office and beneficiaries would have to pay R90 for a return trip. The Black Sash said beneficiaries in Phatsima who already had the new Sassa/SAPO card had to use merchants and banks around the Sun City shopping complex, about 15km from the pay points.

The Black Sash recommended that the closure of pay points like Phatsima be reconsidered. “As the pay points footprint decreases, we anticipate that more people may have to pay higher travel costs and travel further to get their grants.”

The closure of pay points would also remove their independence from elderly and disabled beneficiaries, said the national director of the Black Sash Trust, Lynette Maart.

“Though there might be an ATM or merchant in the town, not everybody is comfortable using the technology or can easily travel there,” she said. The effect of this was to encourage beneficiaries to appoint people to collect grants on their behalf.

Maart said it was not yet clear what criteria Sassa was using to close pay points. “There needs to be a much more considered argument around it. And what is Sassa’s communication strategy to allay the fears of beneficiaries when pay points are closing?” she asked.

Hoodah Abrahams-Fayker, national advocacy manager at Black Sash, said, “The closure of some of these points may have been premature because people in communities don’t have alternatives and may end up not being able to access their grants. Were people consulted before this was done?”

Sassa’s Diseko said: “We are conscious that closing pay points will come with an unintended consequence of inconveniencing some beneficiaries. But we should weigh it with the benefits that come with reducing the exposure of our beneficiaries to robberies.”

Diseko said pay points that were far from ATMs and merchant stores would continue to operate and in extreme cases, Sassa would be transporting beneficiaries to the nearest payment point.

“The option of bringing mobile pay points to some of these areas will also be pursued,” he said.

He said Sassa had been consulting community leaders and organisations to get feedback from those affected by the site closures. DM