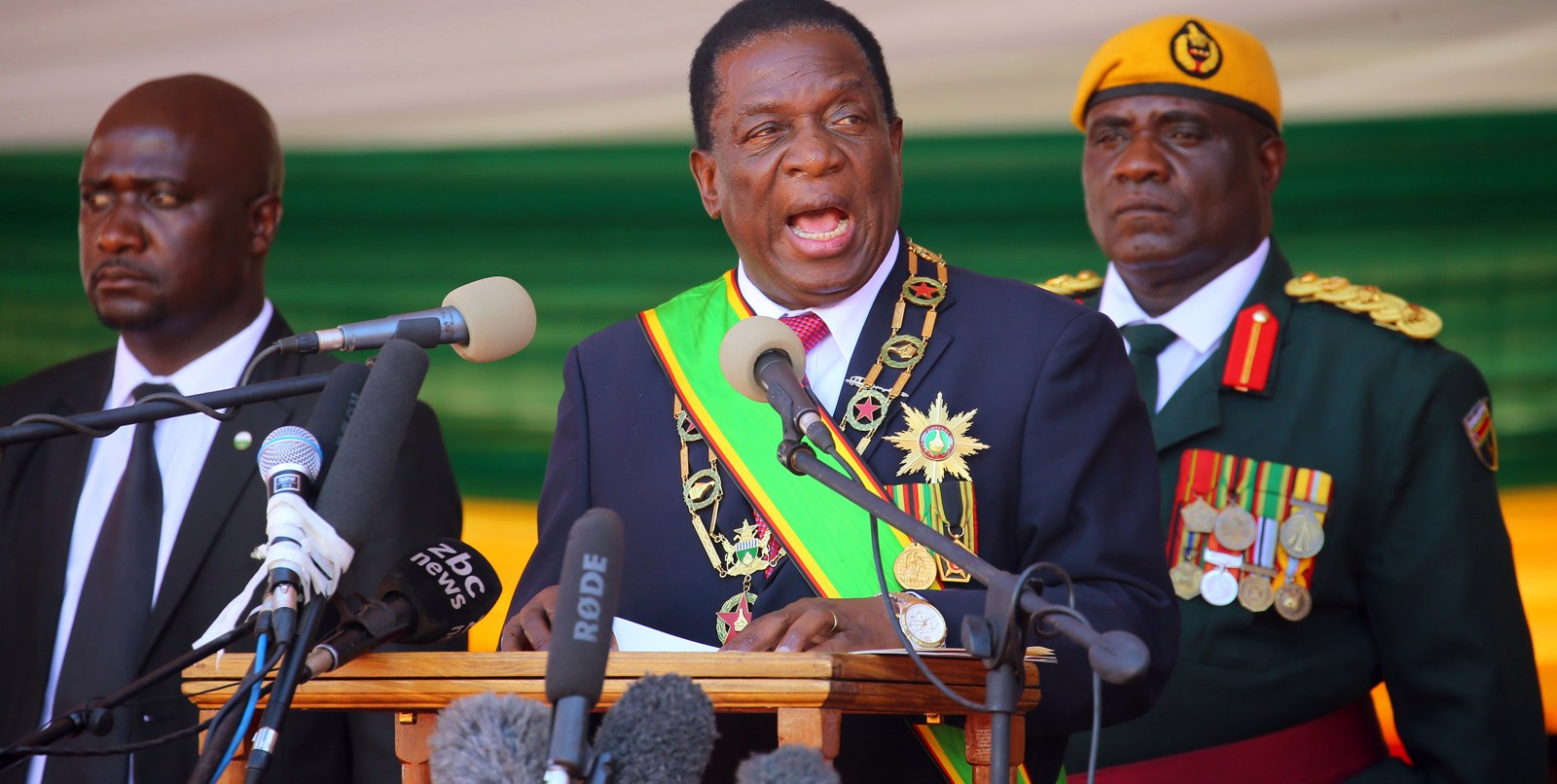 Emmerson Mnangagwa was on Sunday finally inaugurated as the president of Zimbabwe after the Constitutional Court declared him winner of the presidential election held on 30 July. He promised Zimbabweans radical reforms and that he would turn the economy around.

In his inauguration speech, Zimbabwe’s President Emmerson Mnangagwa said his immediate task was to implement radical reforms and attract much needed investment to help grow the economy through re-engagement with the international community.

“We will now focus on addressing the challenges that we are facing to realise our vision. We will foster policies that attract both national and global capital,” he said.

President Mnangagwa says he hopes to turn around and transform Zimbabwe into a middle income economy by 2030, by working towards provision of decent jobs in a country free from poverty. He added that his government would ensure that the country’s external debt is settled.

He said his government would strive to modernise major roads, railways and border posts to ensure easy connection with the region and the world and also refurbish the country’s health and water infrastructure.

President Emmerson Mnangagwa came into power in Zimbabwe in November 2017 in a military assisted coup which ousted the long serving former President Robert Mugabe, and has been desperate to legitimise his leadership ever since.

Emmerson Mnangagwa’s election in July 2018 was contested by opposition Movement for Democratic Change (MDC) Alliance presidential candidate, Nelson Chamisa, who challenged the validity of his election, claiming the Zimbabwe Electoral Commission (ZEC) chairperson, Justice Priscilla Chigumba, had connived with the ruling party Zanu-PF to rig the just ended election in the incumbent’s favour.

Mnangagwa had been kept in limbo after Chamisa sought a constitutional order to overturn his election.

The Zimbabwe electoral body (ZEC) had declared Mnangagwa the winner with 50.8% of the vote against Chamisa’s 44.3% but went on to revise Mnangagwa’s win three times, ultimately leaving him at 50.67%.

The former Mugabe deputy has been desperately trying to re-engage with the international community after years of isolation of the southern African country by the West and declaring that Zimbabwe was now open for business.

His efforts, however, were dented by the killing of at least six protesters and the injury of several others when the military fired shots at innocent, unarmed civilians just two days after the election was conducted, which had been relatively peaceful before the incident.

The incident, which received widespread condemnation from the international community, spoiled prospects of luring the much needed Foreign Direct Investment (FDI), expected to help the country revive its economy, which has been on its knees over the past two decades.

But Mnangagwa is hoping that his inauguration will legitimise his rule and open doors for new investments and help revive the ailing economy.

The former vice president, who at one point served as justice minister, reiterated his call for zero tolerance to corruption, which has become a major setback to the country’s economy, saying he will not tolerate bureaucratic tendencies in his government.

“Corrupt activities will not be tolerated. We must inculcate a culture of hard and honest work and declare zero tolerance to corruption. No person will be allowed to loot or steal that which belongs to the people of Zimbabwe,” he said.

President Mnangagwa also touched on the issue of cash shortages, indicating that his government would work to ensure that the crisis is dealt with as a matter of urgency.

“It will not be easy. We have indeed endured, toiled and now as we walk in unity we will reap a more prosperous future. Real change doesn’t occur overnight,” he said.

The ceremony was attended by several African leaders, among them the chairperson of the African Union, Paul Kagame, SADC chairperson, Cyril Ramaphosa and DRC President Joseph Kabila.

Former president Robert Mugabe sent his daughter Bona and husband Simba Chikowore to the event on his behalf. Mugabe wrote to Mnangagwa saying he and his wife Grace were not well and seeking treatment in Singapore. DM