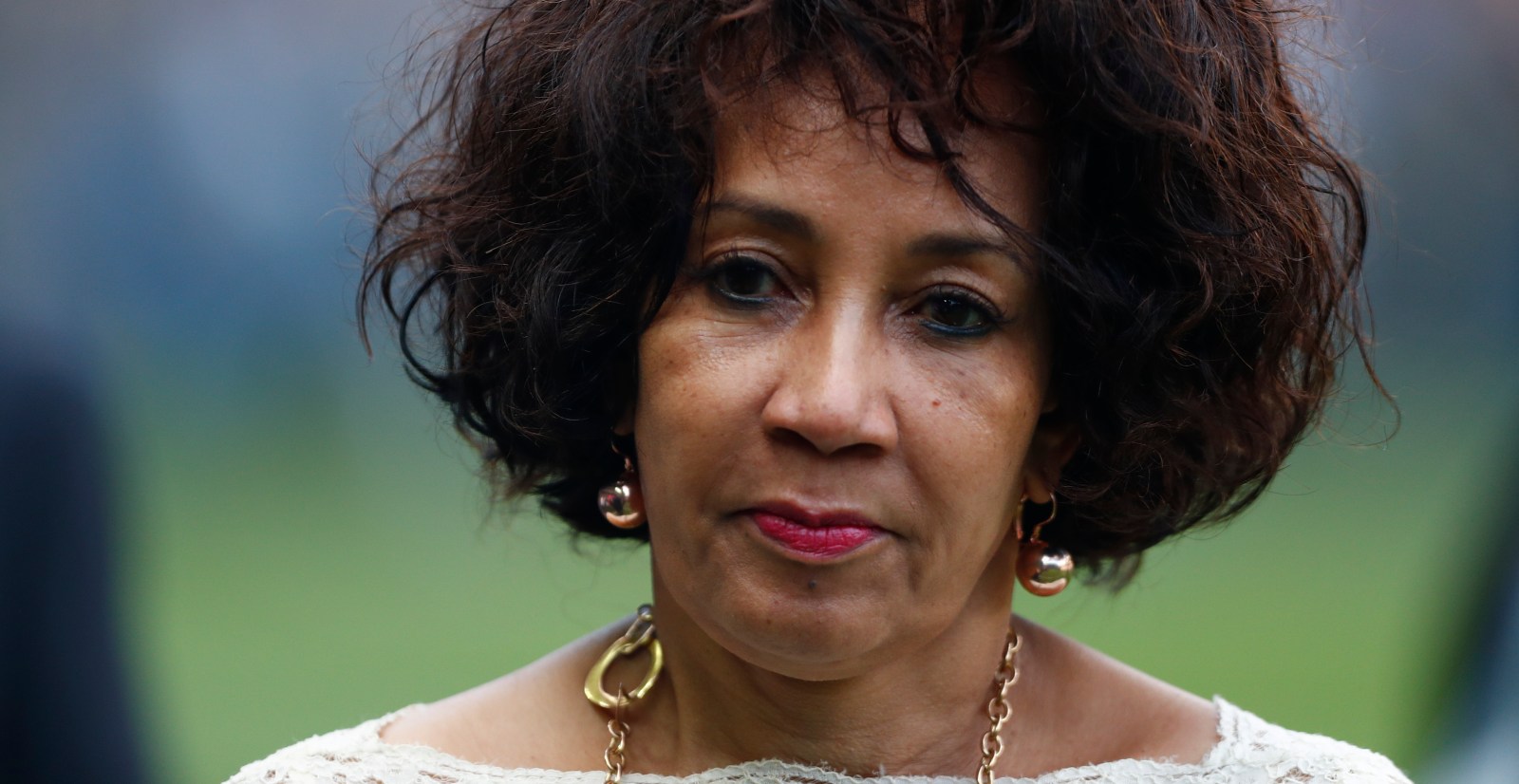 Key officials of the South African government can’t seem to quite agree whether US President Donald Trump’s threat to investigate land expropriation without compensation could harm this country.

International Relations and Co-operation Minister Lindiwe Sisulu expressed concern that the investigation could lead to South Africa being suspended from preferential access to the US market under the Africa Growth and Opportunity Act (AGOA). But her acting director-general Mxolisi Nkosi dismissed the threat, insisting that AGOA was a multilateral (multinational) agreement between the US and African countries and so South Africa could not be suspended from it unilaterally.

Trump Tweeted on Thursday that he has asked US Secretary of State Mike Pompeo to “closely study the South Africa land seizures and the large scale killings of farmers. South African Government is now seizing land from white farmers,” Trump said.

Sisulu could barely contain her fury about Trump’s remarks at a press briefing in Pretoria on Monday, calling the US President’s characterisation of land reform a “downright fabrication” and “an insult that has no measure”.

She vowed: “We will not sit back while we allow certain pressure groups to go around the world spreading lies about South Africa.”

She said land redistribution was in the Constitution and “has been with us for the last 20-something years”.

That it had taken the government this long to address it was precisely because it wanted to be cautious and take everyone on board. Sisulu stressed that the parliamentary committee dealing with the issue was going around the country ensuring everyone’s view was heard. She urged these pressure groups – an implicit reference to AfriForum – to “desist” from going to Australia and the US, “spreading untruths”.

“The process has taken a long time. The people who have suffered most waiting for us to get to this point are very impatient,” she added.

She noted that when Pretoria had complained to the acting US ambassador to South Africa last week about Trump’s tweet, the US State Department had responded by saying:

“South Africa was a strong democracy with resilient institutions including a free press and an independent judiciary. South Africans are grappling with the difficult issue of land reform through an open process including public hearings, broad-based consultations and active civil society engagement. President Ramaphosa has pledged that the land reform process will follow the rule of law and its implementation will not adversely affect economic development, agricultural production or food security.”

Sisulu said she had written to Pompeo reminding him that he had her phone number and that it would be convenient if next time he called to clarify matters.

But when Sisulu was asked if the South African government was concerned that the US might impose some sort of sanctions on South Africa for land expropriation without compensation – such as suspending this country from duty-free trade access to US under AGOA – she was quite cautious.

Sisulu said SA had a great deal of trade with the US and would like to maintain balanced relations with all its trade partners.

“Yes, we would be concerned about our trade relations with the United States. We don’t want to have adverse relations with any country because we are ourselves wanting to ensure that we can attract investment to our country.”

But Nkosi dismissed threats from Trump, saying AGOA was a multilateral agreement between the US and African countries “so there can’t be any unilateral act by any party to withdraw anyone. So we have no concerns about South Africa being unilaterally withdrawn.”

Nkosi said South Africa had done nothing to warrant being removed from AGOA.

However, other analysts believe that AGOA is in fact a unilateral concession by the US to grant preferential trade access to qualified African countries and that Washington can suspend or terminate the preferences of any African country on its own.

In 2015, then President Barack Obama provisionally suspended some of South Africa’s AGOA preferential access to the US market because he decided South Africa was unfairly blocking imports of US chicken and other meat products.

Likewise, land expropriation with compensation could fall foul of the AGOA condition that qualifying African countries must respect property rights.

Sisulu also noted that Brexit would be high on the agenda of British Prime Minister Theresa May’s working visit to South Africa on Tuesday.

May, bringing a large delegation of potential British investors, will meet President Ramaphosa in Cape Town and will also deliver a key statement on her government’s Africa policy. She is also visiting Nigeria and Kenya on the first visit to Sub-Saharan Africa by a British Prime Minister in five years.

Sisulu said May would sign a treaty with the Southern African Customs Union (SACU). It is believed that this will frame the region’s trade relations with Britain after it leaves the European Union. Officials from both sides have been negotiating for many months and are believed to have agreed that the basic terms of the existing Economic Partnership Agreement between the European Union and the SACU countries plus Mozambique will be cut and pasted into a provisional trade deal between the regional countries and the UK to kick in when and if it leaves the EU.

Sisulu also confirmed that May would hand over to Ramaphosa the bell of the ship SS Mendi which sank in the English Channel in 1917, costing the lives of over 600 South Africans, mainly black troops heading for the trenches in France.

And Sisulu said May and Ramaphosa would resume a discussion which they had started on the sidelines of the Commonwealth summit in London in April on several other issues. Ramaphosa had had to leave early because of the North West crisis.

Sisulu also clarified the position of former President Thabo Mbeki whom Ramaphosa was reported to have appointed as his special envoy to the Democratic Republic of Congo (DRC). It was later reported that the DRC government had rejected this appointment.

Sisulu indicated that Mbeki was ready to accept whatever the DRC government decided. Her officials said Pretoria was still negotiating with Kinshasa over Mbeki’s role.

But Sisulu stressed that Ramaphosa had not appointed Mbeki as South Africa’s special envoy to DRC. She said Ramaphosa had merely asked Mbeki to assist the government with various issues in the Great Lakes as a whole, including DRC and Burundi, “because of his great experience”.

She also swiped at French President Emmanuel Macron for widely advertising what she said South Africa had regarded as a private conversation he had had with Ramaphosa earlier this month.

Macron had telephoned Ramaphosa just before the SA president was to travel to DRC to meet Kabila. Macron had expressed France’s view that the 23 December elections would not be free and fair if not all potential presidential candidates were allowed to run. This was a reference to the refusal by the DRC authorities to allow either Moise Katumbi or Jean-Pierre Bemba to contest the poll.

“He said he would convey the message to CENI… we accepted that,” Sisulu said.

Sisulu also warned that the Southern African Development Community was poised to slap “punitive measures”, including travel bans, on any Lesotho leader who refused to participate in the national dialogue due to be held soon. This was an apparent reference particularly to former deputy prime minister Mothetjoa Metsing who fled to SA in 2017, claiming the government planned to kill him.

The Lesotho government has asked SA to extradite Metsing but Sisulu said it would not do so but expected him to return to his country on his own to participate in the national dialogue.

“If anyone does not come to the party, we are asking all SADC states to take the necessary punitive measures to get them to the table,” she warned.

She reiterated that SADC would withdraw its protection force from Lesotho in November as it expected the country to resolve its political problems before then.

On Iran, Nkosi said an inter-ministerial committee was investigating the possible impact on South Africa of Trump’s threat to impose US sanctions on countries which continued to do business with Iran.

He issued the threat after withdrawing US from the deal which his predecessor Barack Obama and several European nations signed with Iran, to lift sanctions against that country in exchange for it suspending its nuclear weapons development programme.

Nkosi singled out SA’s cellphone giant MTN as one South African company which could fall foul of US sanctions as he said it was “flying the flag high” in Iran.

Sisulu stressed that SA valued its good relations with Iran and suggested that these relations – as well as Pretoria’s relations with other nations in the Middle East such as Iran’s chief rival Saudi Arabia – were serving the wider international community.

“For instance, when missiles were aimed at Yemen, we were asked to intervene because we are good friends with Iran,” she said. DM