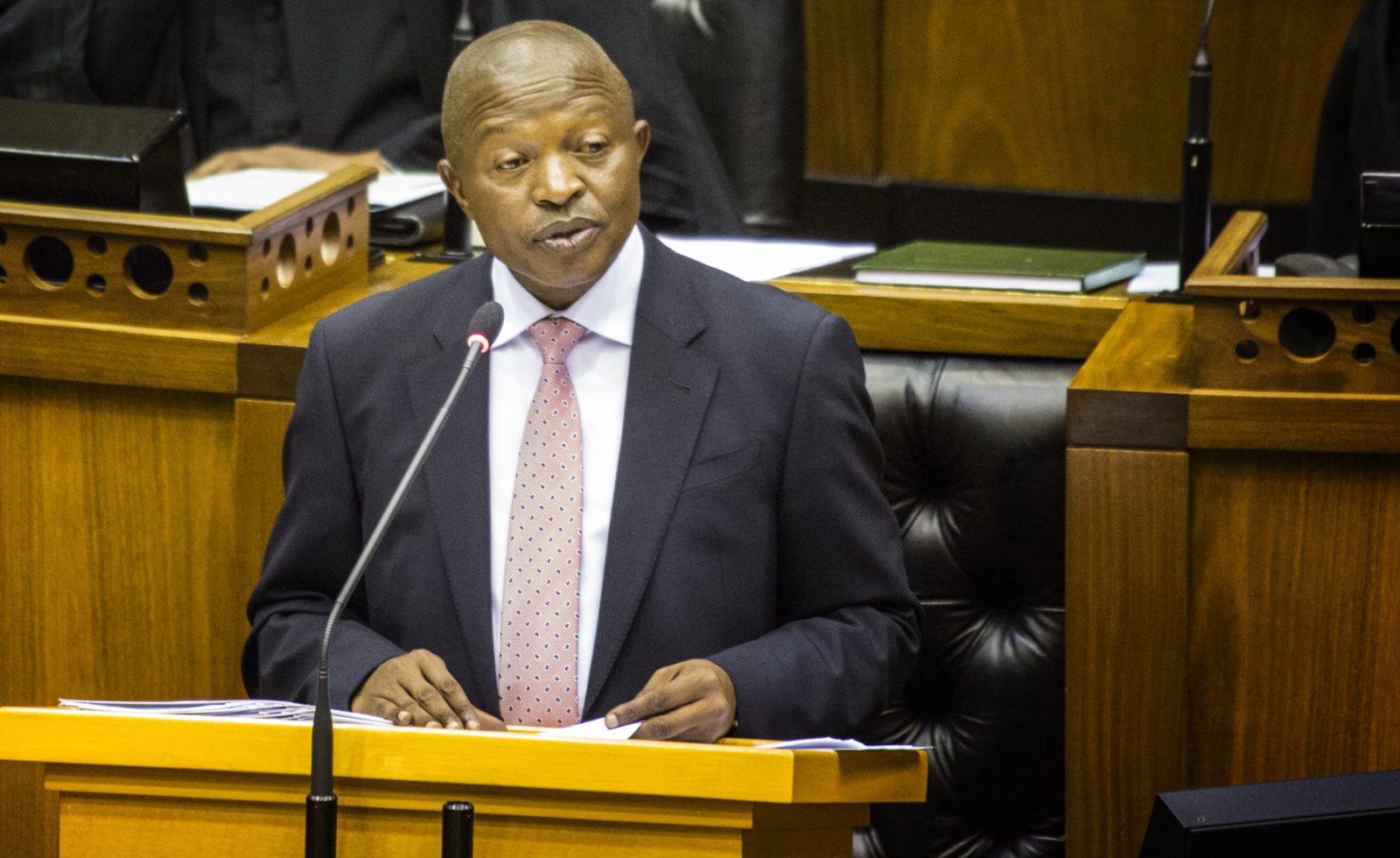 The major points of interest in the National Assembly chamber will come from high-profile Question Time sessions and detailed legislating.

This article was first published on the PMG website

On Thursday, the Deputy President, David Mabuza, will have his regular engagement with lawmakers when he appears to answer oral questions. In terms of the rules, these sessions happen once per month during session, are three hours long and are limited to 6 main and supplementary questions. In addition, the questions must be restricted to matters of national and international importance, as assigned to the Deputy President by the President. Currently, the Deputy President is responsible for, among other things, social cohesion, the moral regeneration movement, and is chairperson of the South African Aids Council and Human Resource Development Council so most of the questions touch on these themes.

On the day before, selected Cabinet members in the Social Services Cluster (Ministers of Arts and Culture, Basic Education, Higher Education and Training, Health, Human Settlements, Social Development, Sport and Recreation, Water and Sanitation) will be probed on a variety of issues during their turn. Everything from big-picture policy to specific scandals and non-performance will be on the radar.

Beyond this, there will be a fair amount of legislative lifting with MPs set to pass four bills. The programme is also dotted with the usual items such as members’ statements, motions without notice and notices of motion.

Elsewhere, the NCOP will return to the Free State to report back on progress made during last year’s Taking Parliament to the People programme. The oversight committees of both the NCOP and the province will make a follow-up on issues raised and commitments made.

Check out the full programme

It’s a week of blockbuster action and headline-grabbing meetings in the committee corridor. Here is a rundown of the highlights:

Parliament passed the Expropriation Bill in 2016, but it was referred back to the legislature by president Jacob Zuma because of concerns raised about the process that was followed by the National Council of Provinces. This bill is expected to be officially withdrawn and a new one redrafted.

The Portfolio Committee on Home Affairs has scheduled a varied and interesting agenda: this includes a briefing by the Department on the delay in effecting the Court Ruling to Open Refugee Centres in Cape Town and Port Elizabeth as well as opening of Lebombo Refugee Facility; a progress update on the issue of statelessness; and filling of the vacancies on the Electoral Commission of South Africa.

Eskom will be under the microscope at two separate meetings. Earlier in the day, the power utility will be questioned on the following: its governance challenges; status of the coal power stations; Key performance targets for 2018/19.

OUTA commented that: “Eskom’s poor leadership has seen its spending and contracts in coal supply balloon out of kilter with its mandate to serve in the best interests of the public and electricity consumers.”

Later, Scopa will grill the company about deviations and expansions.

The Portfolio Committee on Trade and Industry has been concerned about steel and sugar tariffs for some time. Earlier this year, the Department of Trade and Industry told MPs that there were indications of modest improvements in growth in steel demand and a recovery in prices from thehistoric lows recorded in 2015. DTI warned that sustained recovery was uncertain due to megatrends associated with lower steel intensity. In respect of the sugar tariff, ITAC reported that small scale growers were badly affected by the current duty. They faced even tougher challenges because the smaller size of their operations, quality of land, distance from mills, different tenure system (farms on communal land) and other factors. These made their cost of production much higher than that of the average commercial farmer. The committee will get an update on both situations at this follow-up meeting.

The National Assembly Rules Committee will consider a proposal on draft rules to remove a president from office in terms of section 89 of the Constitution to give effect to a Constitutional Court judgment. The process to formulate removal processes began several years ago. The Constitutional Court ruled, on 29 December 2017, that this be done without delay. In a majority judgment, the court ruled that a prerequisite for the removal of the President was the holding of a factual inquiry into whether there had been serious violation of the Constitution or law, serious misconduct or the inability to perform the function of office – as outlined in Section 89 (1). The judgment also found parliamentary committees and ad hoc committees inadequate for Section89 processes.

The Report by the Independent Panel on VAT zero-rating will be in the spotlight when the Finance Committee meets. ThePanel that was appointed by the Minister of Finance to review the list of VAT zero-rated items delivered their report to the Minister on 6 August 2018.

The main recommendations are that white bread, bread flour, cake flour, sanitary products, school uniforms and nappies be added to the list of zero-rated items. For each of the recommendations, the report suggests Treasury does further work to ensure that the benefits of zero-rating are not captured by producers. The report also suggested that the roll-out of free sanitary products to the poor is accelerated and the potential use of expenditure programmes to mitigate the impact on poor households. Subsequently, the Minister had requested public comments on the report, to be submitted by 31 August 2018. The Minister will present Government’s response to Panel Report after taking into account public comments and parliamentary hearings, including a final list of zero-rated items in draft legislation to Rates Bill.

Have your say on zero-VAT items

The Police Committee will be briefed by the Civilian Secretariat for Police and civil society on the statistics relating to the implementation of the Domestic Violence Act (DVA) as required on a bi-annual basis by the legislation. As in previous years, the presentations are expected to show that there are significant challenges that the South African Police Service (SAPS) faces in complying with the prescripts of the act.

The Finance Committee agreed to a resolution to summon the former Chief Executive Officer of Steinhoff, Mr Marius Jooste and the former Chief Financial Officer, Mr Ben la Grange, to give evidence before the relevant committees of Parliament about the nature, causes and consequences of the sudden collapse of Steinhoff’s share value that resulted in investors and pension funds losing billions of rands, and thousands of jobs being threatened internationally and in South Africa. Their appearance is keenly anticipated but not guaranteed given previous attempts.

ThePortfolio Committee on Police has dedicated the final week of August to gender issues. The crime stats involving women and children will be in the spotlight. SAPS, Cosatu and Civil Society are expected to give input on the topic.

The Portfolio Committee on Environmental Affairs will receive a briefing from the Department on understanding the rhino demand management, preparations for CITES and findings of the Committee of Enquiry into the feasibility of legal trade in rhino horn.