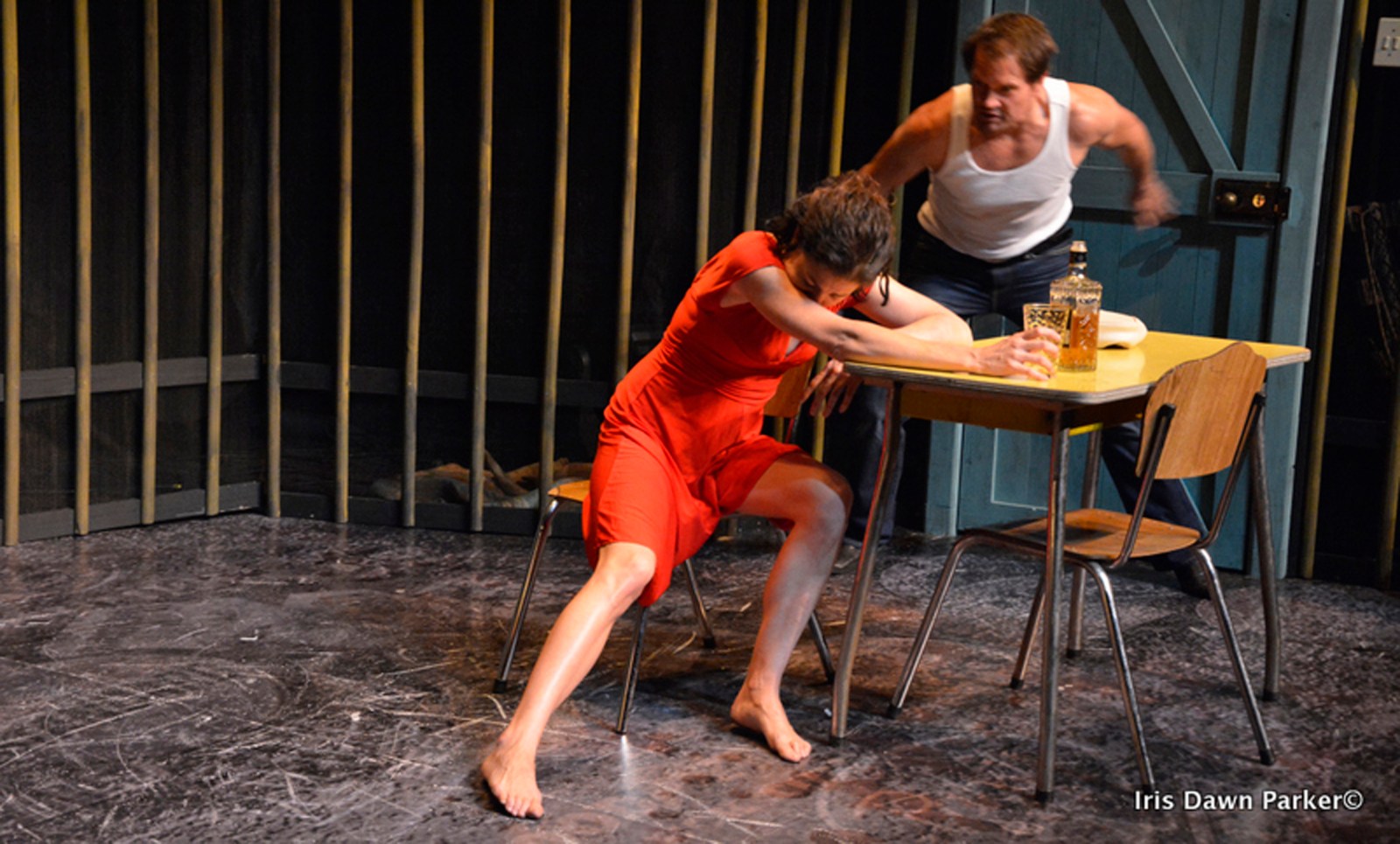 Director Janice Honeyman brings Fool for Love to visceral life, as do the cast of Kate Liquorish as May, her come-and-go lover Eddie (Langley Kirkwood) and Zane Meas as the Old Man.

If you need a timely reminder that South Africa doesn’t have a monopoly on shitty lives, you’ll find it in Fool For Love, a play by American author Sam Shepard.

Poverty, uncertainty, alcoholism, no way of bettering yourself, and being trapped in a mutually destructive relationship are the unpretty elements at its core. That doesn’t sound like an enticing night out, but the brilliant acting in this fiery drama certainly sets the sparks flying.

Shepard is known for plays that explore tempestuous family relationships, and Fool For Love features the hard-bitten trailer-trash characters May (Kate Liquorish), her come-and-go-lover Eddie (Langley Kirkwood) and a father figure in the Old Man (Zane Meas) who hovers at the edge of the action. 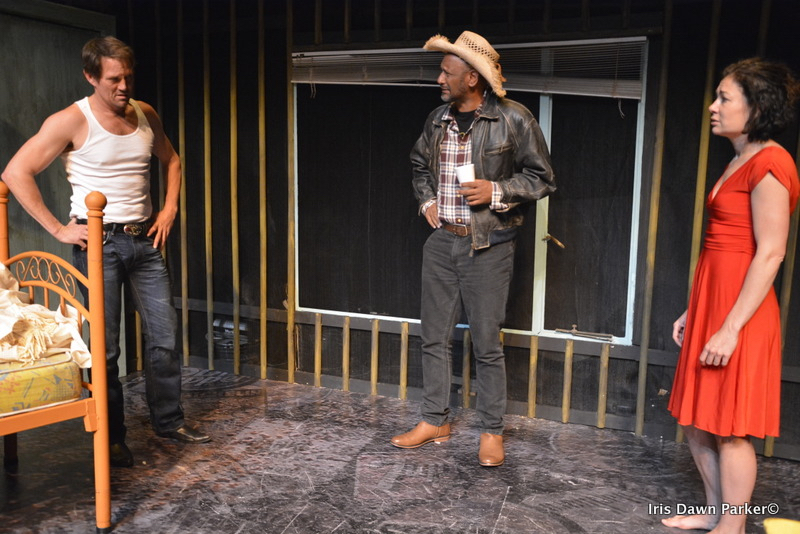 The under-explored Martin (Paka Zwedala) seems the nicest and the most decent among them, but his role is largely as a foil to allow May and Eddie to tell their own stories of love and loathing.

Liquorish is fascinating as the bruised and abandoned woman, fists flailing in anger like a cornered alleycat, then calming to a seductive siren or a weeping heap, loving and hating Eddie in equal measure. Kirkwood equals her in talent, and his muscular frame and skimpy vest will have women in the audience watching his every move with interest. He’s wonderfully animated, calm when she’s enraged, soothing when she’s scared, but still likely to up and leave whenever the whim takes him. 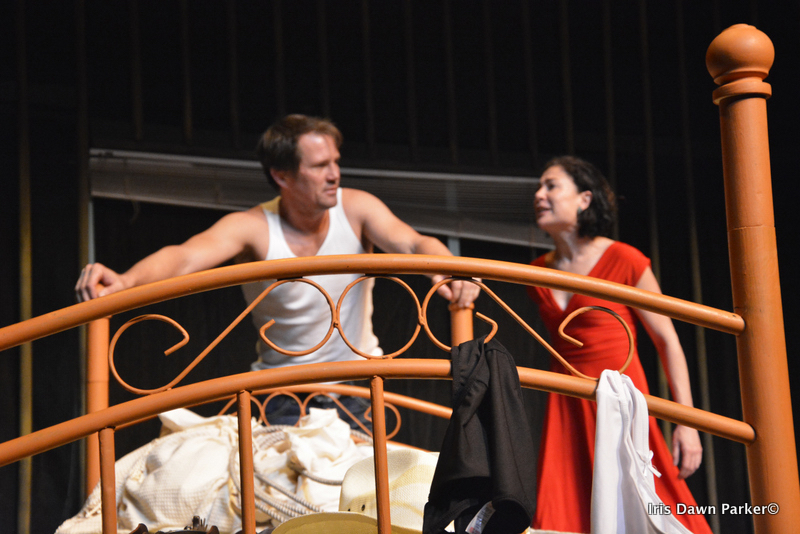 The hovering and sometimes interjecting presence of the old man is highly effective, as an observer whose own actions are central to the later revelations. Meas is perfect for the role, playing him with a rough charm and feigned innocence that’s quite beguiling. In fact the casting is flawless, including Zwedala, who makes Martin a baffled bag of nerves as he stumbles into this vipers’ pit.

The well-designed set, lighting and costumes add reality to the drama, and director Janice Honeyman brings it to visceral life, with the physicality of the piece matching the emotional heights. Sitting in the front row I felt part of the action as the cast spilled and tumbled in fights and embraces. It’s a tight, fast-paced production with comic moments that prevent it becoming over-wrought. 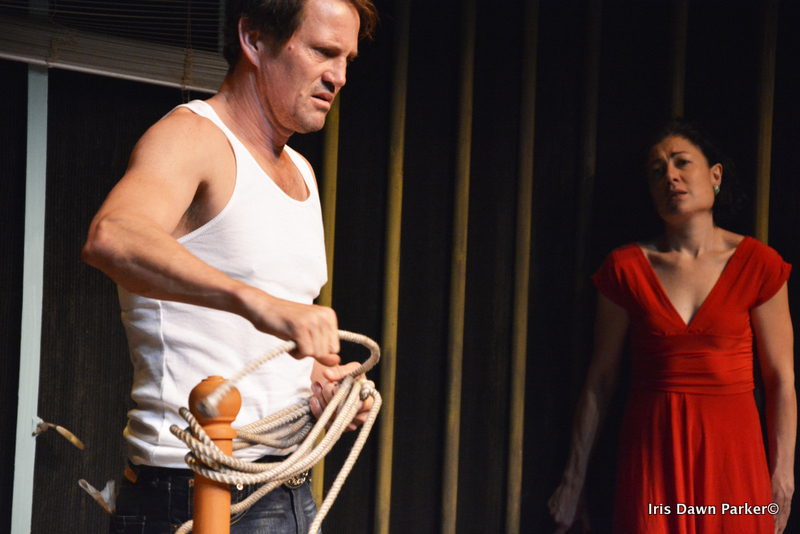 It’s set in the barren Mojave Desert and the Southern accents never falter, although the words are universal. Eddie and May’s mutually obsessive relationship spoils all others, and flashbacks and memories gradually fill in the picture. It doesn’t matter if it’s truth or exaggeration because the results are the same, the lives as hopeless and the future as bleak.

It was written in the early 1980s, but nothing has changed in the way some people live or love, whether you’re watching an American play or walking out into the Joburg night. DM

Fool for Love runs at the Market Theatre until September 9. Tickets from Webtickets.