Another whistle-blower is humiliated 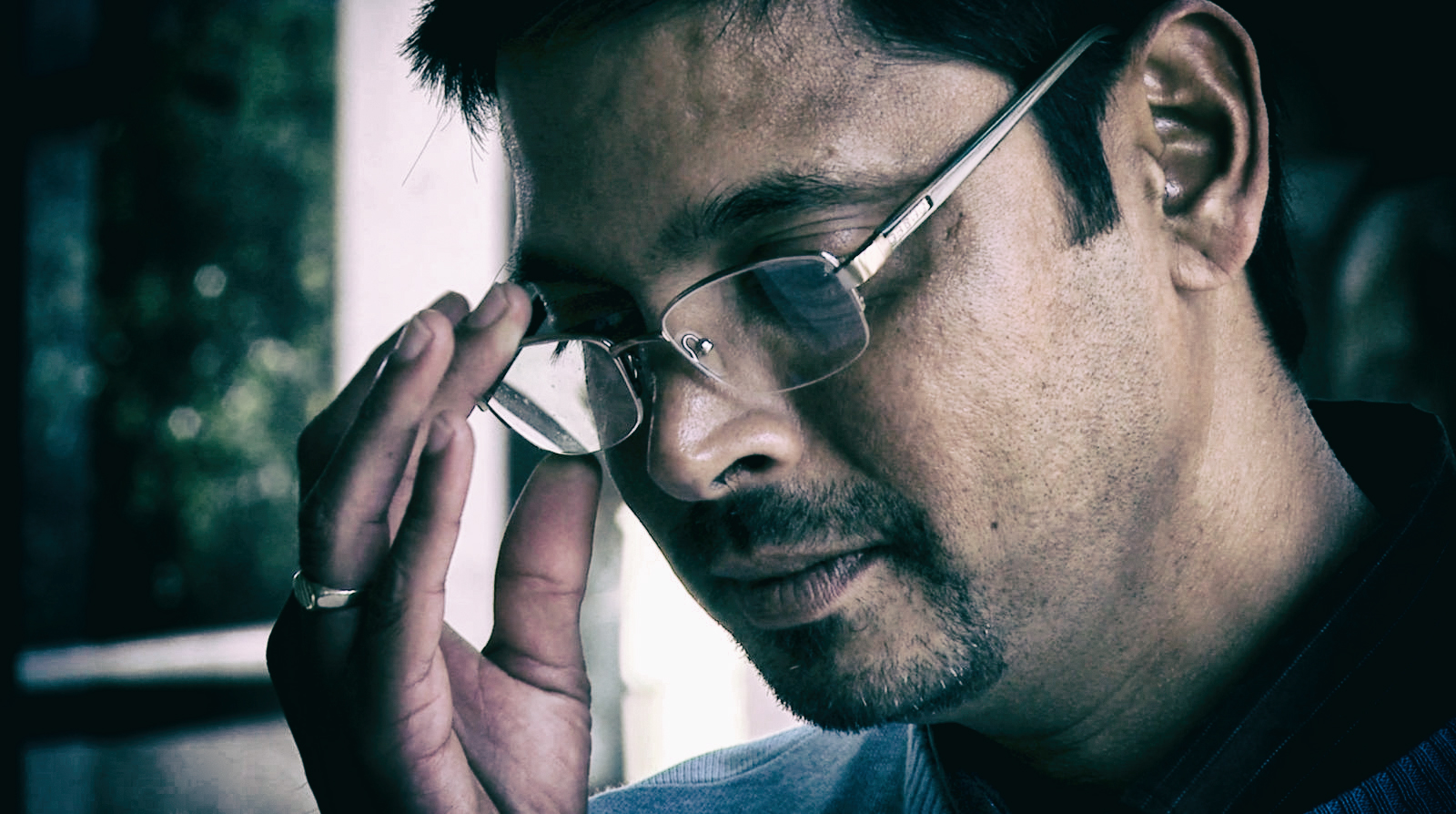 It takes immense courage to be a whistle-blower – to rise up against authority and speak out against incidents of wrongdoing or human rights violations. But it has not gone well for most South Africans who have done so, and this week another brave source has been taken down.

Whistle-blower Dr Kiran Sukeri – the psychiatrist who spoke out against unacceptable practices at the Tower Psychiatric Hospital in the Eastern Cape – was last week condemned and humiliated by the Health Ombudsman.

Recently, tearful whistle-blowers Bianca Goodson of Trillian and Suzanne Daniels of Eskom, both of whom had been instrumental in shedding light on South Africa’s State Capture challenges, told Daily Maverick’s “The Gathering” how their lives had changed for the worse since exposing wrongdoing at their workplaces.

Last Thursday, Health Ombudsman Professor Malekgapuru Makgoba threw another whistle-blower under the bus when he released his report into “Allegations of Patient Mismanagement and Patient Rights Violations at the Tower Psychiatric Hospital and Psychosocial Rehabilitation Centre”. The report follows allegations made by Sukeri about abuses at the hospital. He went public with his concerns after there was no response to complaints he had made to his superiors and other oversight bodies.

Makgoba used the report to completely annihilate Sukeri – accusing him of lying, bringing “unnecessary reputational damage to the national health system and its integrity” and even saying that “consideration must be given that he may need assistance with psychological counselling”.

Speaking at the media briefing to release the report, Makgoba described Sukeri as “untruthful, evasive and duplicitous” for going public with his concerns about what was happening at Tower Hospital.

With regard to the allegations of degrading and inhumane treatments and human rights violations that were said to be happening at the mental health facility, Makgoba said he had found the Eastern Cape Health Department to be “a department with a track record of ‘successful’ failures”, and that “no prima facie evidence of institutionalised, systemic or deliberate violations of human rights by staff at Tower Hospital was found”.

Makgoba went on to recommend that Sukeri be reported to the Health Professions Council, saying it should consider his immediate suspension, charge him with misconduct and institute disciplinary proceedings against him.

The report came in the wake of an article about Tower Hospital published in Rapport Sunday newspaper on March 4. The article appeared sometime after Sukeri had “involuntarily resigned” from the facility where he had worked as the hospital’s appointed psychiatrist since December 2015.

While at the hospital, Sukeri – who worked alongside psychologists, social workers and an occupational therapist – grew concerned that his dream to bring about positive change would never be realised.

He was worried that people were dying and that their deaths appeared to be improperly recorded in the handwritten registers. He also witnessed mentally ill patients living in seclusion rooms – referred to at Tower Hospital as “single cells” – where they were left alone, away from nursing staff and without access to toilets. This is despite Department of Health regulations dictating that patients should spend no more than four hours at a time in seclusion rooms.

These cells at Tower Hospital were bare rooms, some with only a mattress on the floor, riddled with anguished graffiti such as “The people will scream in terror”, “The animals will moan in hunger” and “River of Fire”. The ceilings are mouldy, the floors are bare and cold, the doors cannot be opened from the inside and they are not closely monitored.

Although Makgoba admitted that these rooms had been shut down since Sukeri’s claims about their misuse went public, he gave him no credit for exposing them.

Sukeri first laid complaints about conditions at the hospital on February 20 with the Health Ombudsman himself, the SA Human Rights Commission and the SA Society of Psychiatrists.

He received no response, so on March 2 he decided to resign.

This was followed by the Rapport article that prompted the investigation into Tower Hospital.

“It caused a lot of noise in the Eastern Cape. The nation was baffled and innocent people were left in pain and with shattered reputations,” Makgoba said, describing the fallout following the publication of the claims.

“The complaint was the first of its kind, lodged by the first senior psychiatrist against his employer. It was a coy and complex complaint – and I use the word coy as meaning subtle and evasive,” the Ombudsman said.

In order to investigate the case, Makgoba sent to two nursing sisters to the hospital where they spent two weeks investigating the allegations. He admitted that he had never even visited the hospital because “I didn’t think that was necessary”.

Makgoba said an evaluation of the hospital’s death registers showed that 68 mental health patients had died at the hospital over an eight-year period, which amounted to an acceptable rate of 8.5 deaths per year for a 400-bed hospital.

“The media did not capture this, and reported that 90 patients had died,” Makgoba said, claiming that this had led to a “media frenzy” that “created mass hysteria”and “blew up a simple complaint into a national issue”. While Rapport admitted to getting the figure wrong and had published a correction, Sukeri was blamed for the error, which “amounted to ‘scientific misconduct or fraud’, a cardinal sin in science”.

Speaking to Health-e News after hearing the findings against him, Sukeri said he was in discussions with his attorney who was exploring options with regard to an appeal, which he is entitled to lodge through the Health Minister within 30 days.

According to the Rural Health Advocacy Project executive director, Marije Versteeg-Mojanaga, two issues are at stake: the merit of the complaint and the nature of the response by the Ombud.

To make a protected disclosure as a whistle-blower, the complaint has to deal with an issue of “impropriety” – for example, a practice that is dangerous to health and safety. Particular procedures need to be followed and the action needs to be in good faith.

“The Ombud alleges that the doctor acted in bad faith, lied, fabricated evidence. As the public, we cannot interrogate all the evidence. But, say, for argument’s sake, the doctor did make mistakes in his reporting, does it merit the type of dehumanising public attack on his person by the Ombud?

“It would have been a better approach to say that healthcare workers have a duty to report any situation that puts patients at risk. Why did the Ombudsman not use this opportunity to educate the public on how to make a safe and protected disclosure?” Versteeg-Mojanaga said.

“By using degrading language and attacking the person and not the alleged acts, as an independent Ombud, he does not create a climate for safe reporting on patient injustices by healthcare workers. And this is one of the greatest challenges we are faced with when it comes to ethical healthcare worker advocacy: the fear that your advocacy will be used against you.”

“It is important for healthcare workers to know their rights and duties, and to study the protected disclosure act or seek advice. Collect evidence and keep a paper trail of efforts made, in good faith.”

The Ombud criticised Sukeri for his alleged failure to follow correct procedures and slammed the media for “participating in peddling these falsities”, publicly calling on media outlets to “consider withdrawing these articles and documentaries and joining Dr Sukeri in tendering a public apology”.

In doing this, Makgoba himself has flouted procedure by grandstanding and publicly blaming the media instead of simply laying his own complaint with the Press Ombudsman.

According to Transparency International’s Corruption Perception Index 2016 – a ranking of countries according to the perceived levels of corruption – South Africa scored 45 points out of 100. This suggests that it is perceived as a generally corrupt country.

Whistle-blowers are key to exposing fraud, corruption and unlawful conduct first-hand, as they are the ones in possession of the information required for reporting. DM

Note: Health-e News has reported on the Tower Psychiatric Hospital and Dr Kiran Sukeri in the past. Our stories were properly researched, independently sourced and verified and we stand by what was published and broadcast.