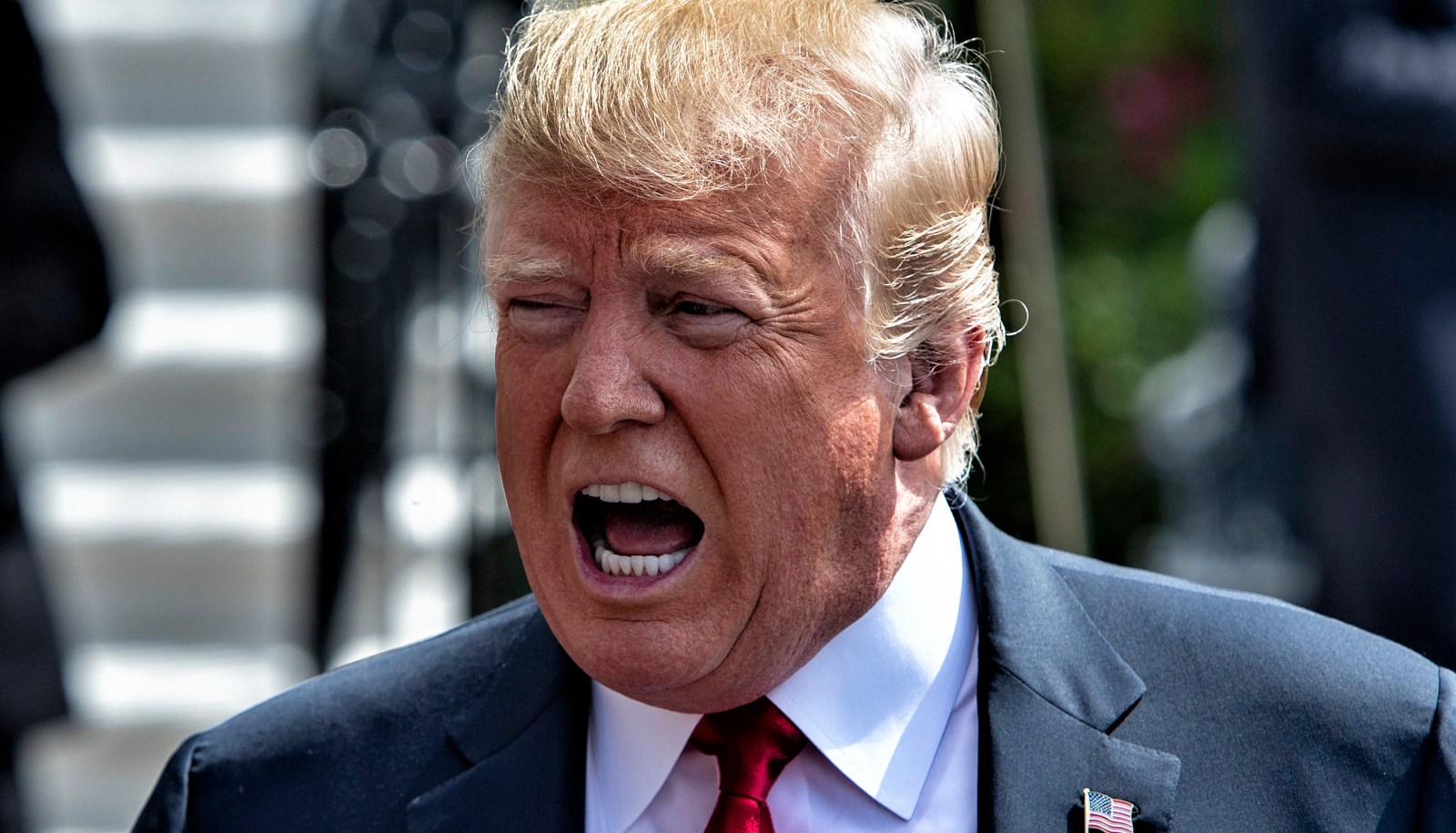 US President Donald J. Trump talks to the media before boarding Marine One on the South Lawn of the White House in Washington, DC, USA, 17 August 2018. EPA-EFE/TASOS KATOPODIS

Lin Songtian says Trump’s trade war is making the US “the enemy of the whole world”.

China’s ambassador in South Africa has launched a ferocious attack on the Trump administration, saying President Donald Trump’s “America First” policy is making the US the enemy of the world.

“What the US is trying to achieve is not only ‘America First’ but ‘America Only’,” ambassador Lin Songtian said in Johannesburg on Wednesday.

“To achieve that, the US is willing to sacrifice the free and fair multilateral trading system, sacrifice the rule-based world order and sacrifice the collective shared interests of the international community,” Lin said in a briefing at the South African National Editors Forum (SANEF).

The trade war which Trump launched had significantly disrupted the world’s economic recovery, with Fitch, JP Morgan and Oxford Economics forecasting that it would knock 0.4% off 2019 global growth – the equivalent of US$350-billion – while the IMF had predicted that 2020 world economic growth would be cut by 0.5% or US$450-billion.

Lin said the trade war and its consequences would be a hot topic at next month’s summit of the Forum for China Africa Co-operation (Focac) in Beijing, which would be co-chaired by Chinese President Xi Jinping and South African President Cyril Ramaphosa. Ramaphosa would also undertake a state visit to China on the same trip.

By contrast with the “complete unilateralism, protectionism and extreme individualism” of the Trump administration, Focac would “embrace a new era of win-win co-operation for common development,” he said.

“China strongly believes the law of the jungle, where the strong bullies the weak, is long over… the international community, especially the emerging market economies must stand up together to say no loudly to any bullying policy against the rules-based free trade regime, to uphold world fairness and justice and so fight for the integrity of the global trading system, for a fair and just international order and for our shared interest and aspiration for common prosperity.”

He said the MSCI Emerging Market Index had dropped 8% since April while Trump’s trade policies had already cost the US stock market $1-trillion, according to JP Morgan.

After the US announced higher tariffs on Turkish steel and aluminium imports, the Turkish lira had plunged 17%, also hitting other emerging markets, where the Russian rouble fell 1.4%, the SA rand 9.4% and the Mexican peso 2.3%.

Lin contrasted the recent fall in the rand with the 2.7% rise in the currency at the end of July, which he attributed to Chinese President Xi Jinping’s state visit to South Africa.

“The US is not only forcing China, but also the whole world, especially the emerging markets, to pay for its own problems,” he declared.

Lin strongly defended China against accusations that its fast-growing relations with Africa were motivated mainly by greed for African natural resources and that its huge volume of loans to African countries for large infrastructure projects was plunging them into unaffordable debt.

He insisted that the West, which was most critical of China, had itself been controlling and dominating Africa’s mineral resources since colonial times.

By contrast, he said, China was a newcomer and was establishing “win-win” relations with African countries in developing their natural resources for mutual benefit.

He said, for example, that Western oil companies completely dominated Nigeria’s oil industry, but that Nigeria still had to refine its oil abroad and buy the refined oil back at high prices.

By contrast China had helped both Sudan and Chad to build oil refineries in their countries to avoid importing petrol or even to export it.

And in South Africa he cited the PMC copper mine at Phalaborwa, which he said had been operated by the Australian mining company Rio Tinto for more than four decades until 2015 when it decided to close it, which would have cost more than 5,000 jobs. A Chinese company bought the mine and had extended its life to 2038 by investing in deep-mine technology.

Lin also denied that China was plunging African countries into debt traps. He insisted that Chinese loans went directly into projects and “nothing to government ministers”. And Chinese companies loaned money only after feasibility studies had shown the projects being financed were potentially profitable. He challenged US and EU companies to show the same transparency by demonstrating where their financing in Africa had gone. DM