On Day Two, we learn of national procurement framework that feeds the corruption beast 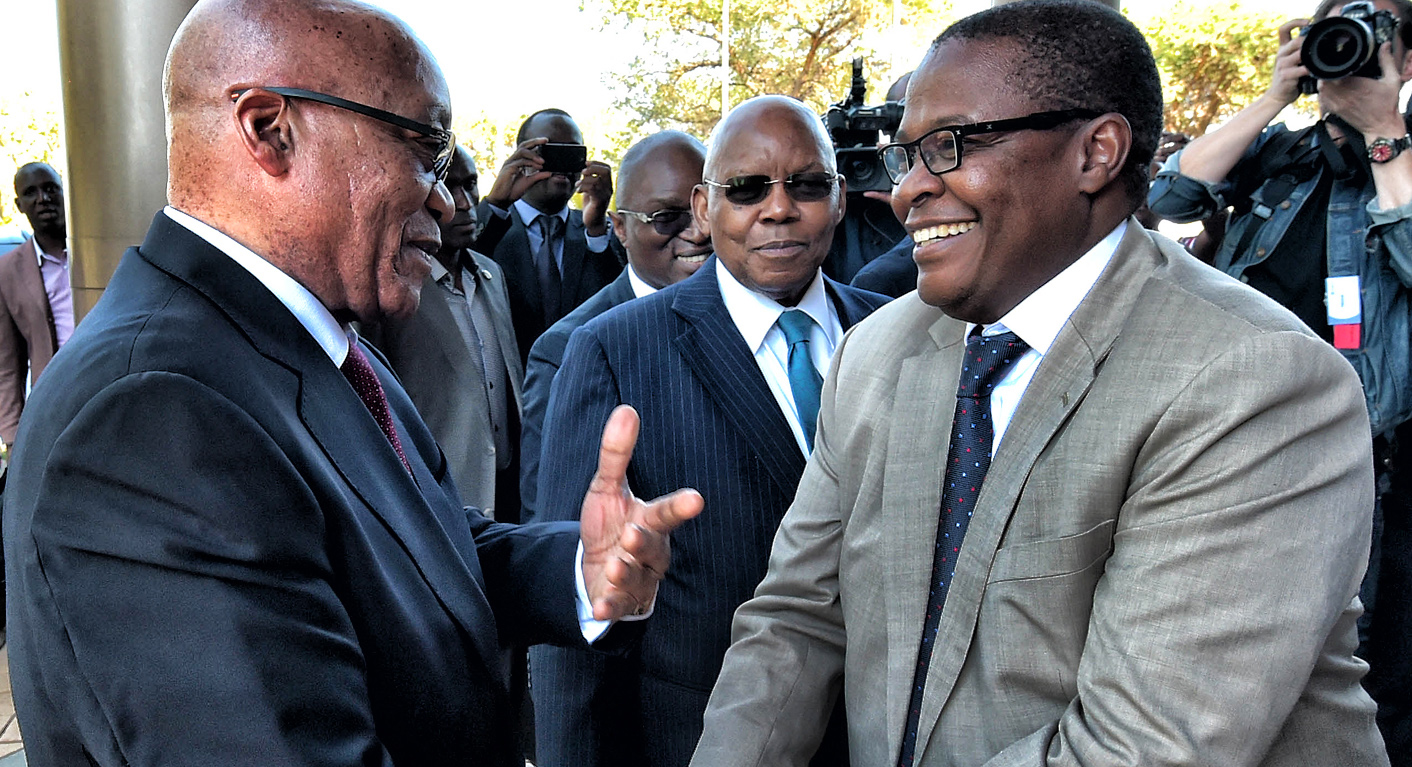 There are many ways to skin a cat and, if corruption is the intention, then first-hand knowledge of the official framework that governs state spending in South Africa is an extremely useful tool. Write the specifications, get your guy on the bid adjudication committee and then make sure you also have the bid evaluation committee covered – or simply chop the value of the deal into several smaller ones to circumvent tender processes.

With about R800-billion a year in buying power, government is the country’s biggest buyer of goods and services. But, as the State Capture scandal has shown, the system remains open to misuse and abuse despite a set of clear laws and regulations in place.

Day two of the judicial commission of inquiry into State Capture was dedicated to testimony by the country’s acting Chief Procurement Officer, Willie Mathebula, who presented a full-day overview of policies and legislation that would no doubt be the test for the unlawful deals set to come under scrutiny later on.

Set up by former president Jacob Zuma, much of the commission’s work will focus on the Gupta family’s heist of state-owned institutions, their role in the hiring and firing of Cabinet ministers and, significantly, the role played by Zuma.

Irregular procurement to the tune of billions of rand at state-owned companies such as Eskom and Transnet and which also implicates a string of other private firms including Regiments Capital, Trillian Capital Partners and global firm, McKinsey & Co, will feature prominently during the extended tenure of the commission.

Mathebula showed that despite the best intentions and efforts by watchdog units at National Treasury, the national procurement framework ultimately remains at the mercy of human beings, some of whom feed the corruption beast either because they themselves are bent, or others ill qualified to do things right.

“We know that based on the volume of cases going to court there is a problem in procurement; do we know why that is?” asked senior advocate Leah Gcabashe, a member of the commission’s legal team.

“Intentional abuse of the system amounts to about 50% of cases challenged while others are due to an incorrect interpretation of the rules,” Mathebula said.

Treasury does not currently have statistics that can shed light on the full extent of questionable deals or the exact causes thereof.

But the culprits are industrious at working around the system to exploit gaps. The commission was presented with details of the critical role played by various bid committees – a specification committee, another to adjudicate and another to evaluate them – all of which play a crucial role in the ultimate awarding of lucrative government deals.

Justice Zondo asked Mathebula whether officials were able to pick up on dodgy deals where the bid specifications were tailored at the onset to suit a particular bidder.

“Some officials, those with experience, will be able to detect it. They will immediately tell you it is cooked.

“I’ve detected, on a number of instances, clear signs of a cooked tender, and I simply refer it back, but not all officials are experienced enough to pick it up at that early stage,” said Mathebula.

Asked if tender specs could be scrutinised to avoid this corrupt practice, Mathebula said that, currently, compliance officers are meant to ensure the process is above board.

Treasury is now considering whether it may be feasible to extend the internal audit function of government departments to cast that important extra eye before the process begins.

In addition, however well intended, the process of allowing extensions of contracts in some cases or deviations from tender process have also proven to be a problem.

“Deviations by their nature serve as a blank cheque,” said Mathebula.

“In the case of some extensions, a contract starts off at R4-million and, before you know it, it’s R200-million. How is that possible?” Mathebula asked.

These well-intended additional instruments were put in place to speed up procurement in exceptional circumstances but were soon used to “cut corners” by some officials.

And, instead of being the exception, they became the norm, the commission was told.

After detecting a pattern of abuse, Treasury has now instructed departments to report deviations to the Auditor General within 10 days and to provide reasons for audit purposes.

Mathebula spoke of the complexity and fragmented nature of the current procurement system and plans to reform it with additional new Treasury regulations and eventually with the introduction of a Public Procurement Bill.

These changes are intended to eventually provide an overarching national regulatory framework and it is envisaged that some laws, like the Preferential Procurement Policy Framework Act which is seen to be ineffective at driving economic transformation, may be repealed.

The commission’s initial public sitting has thus far mainly dealt with what is being billed as the “foundational blocks” for its work.

The real fireworks are expected when the first few witnesses appear – among them former deputy finance minister Mcebisi Jonas and former ANC MP Vytjie Mentor, who are scheduled to testify, among other things, to job offers from the Guptas in exchange for favours.

Themba Maseko, a former head of government communications, is expected to testify to a call he allegedly received from Zuma for him to help the Guptas land a slice of government’s advertising spend. DM

The Commission is set to resume on Friday morning.