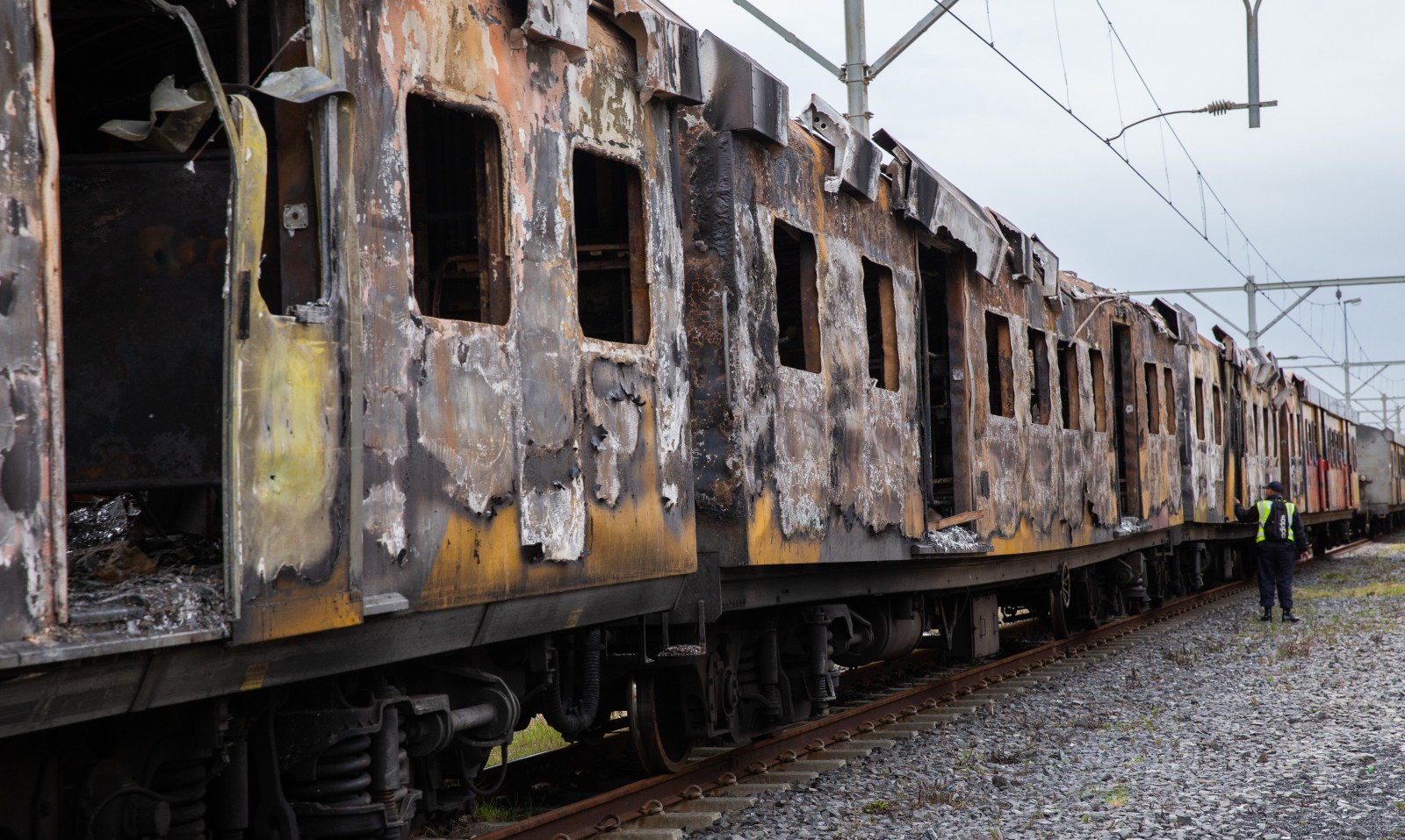 The Passenger Rail Agency of South Africa has not yet delivered its 2016/2017 annual report to Parliament – which has been outstanding for almost a year. However, on Tuesday, DA shadow minister for transport Manny de Freitas announced he would be taking legal action after documents leaked to him related to the outstanding report show financial mismanagement at the entity.

On Tuesday, after yet another train carriage was set alight at Koeberg station in Cape Town, the DA announced plans to lay charges against the board of Prasa after a leaked document from the Auditor-General’s office shows irregular expenditure totalling R4.4-billion.

De Freitas told journalists on Tuesday, 21 August 2018 that he had received a leaked document from the Auditor General’s Office – from the outstanding 2016/ 2017 Annual Report – which highlights irregular and fruitless expenditure at the struggling entity. A copy of that leaked draft report from the Auditor-General’s office is available here.

“Based on the information in this report the DA will lay charges against those implicated in terms of the PFMA [Public Finance Management Act], which in this case is the Prasa board who serves as the entity’s accounting officer,” said De Freitas.

De Freitas said the party will lay charges against both the new board – appointed in May 2018 – and the previous board as both are complicit in the ongoing crisis at Prasa.

In addition, the DA will also write to Transport Minister Blade Nzimande to ask for the entity’s annual report to be released immediately.

Before the DA briefing a passenger train was set alight on Tuesday morning at the Koeberg station in Cape Town. There were no reports of any injury, Metrorail said in a statement after the incident.

“The train will be taken to a depot for Prasa’s loss adjusters to assess the extent of the damage and the cost of replacing the burnt passenger carriage,” said Riana Scott, Metrorail spokesperson.

Metrorail commuters have been complaining about vandalism, poor infrastructure and delays, especially in Cape Town. Daily Maverick has written extensively about problems train commuters face – the articles are avalaible here and here.

The commuter issues have garnered the attention of parliament’s portfolio committee on transport, which De Freitas – who is part of the committee – accuses of delaying its inquiry into State Capture.

The transport committee is due to look into allegations of State Capture at Transnet after allegations of financial mismanagement and tender irregularities in former public protector Thuli Madonsela’s Derailed Report.

Other parliamentary portfolio committees such as the public enterprises and home affairs committees dealt extensively with State Capture, unlike the transport committee. Before the parliamentary recess, the committee had set aside 60 days for their inquiry, but De Freitas believes that a backlog of legislation is being used by the committee as an excuse to delay the inquiry. The committee is at present dealing with the Road Accident Amendment Bill.

De Freitas described the legislation backlog as “a convenient way of stalling” and that there are “instructions from above” for the delay in the inquiry. He will write to committee chair Dikeledi Magadzi for confirmation of the dates the inquiry will begin. DM