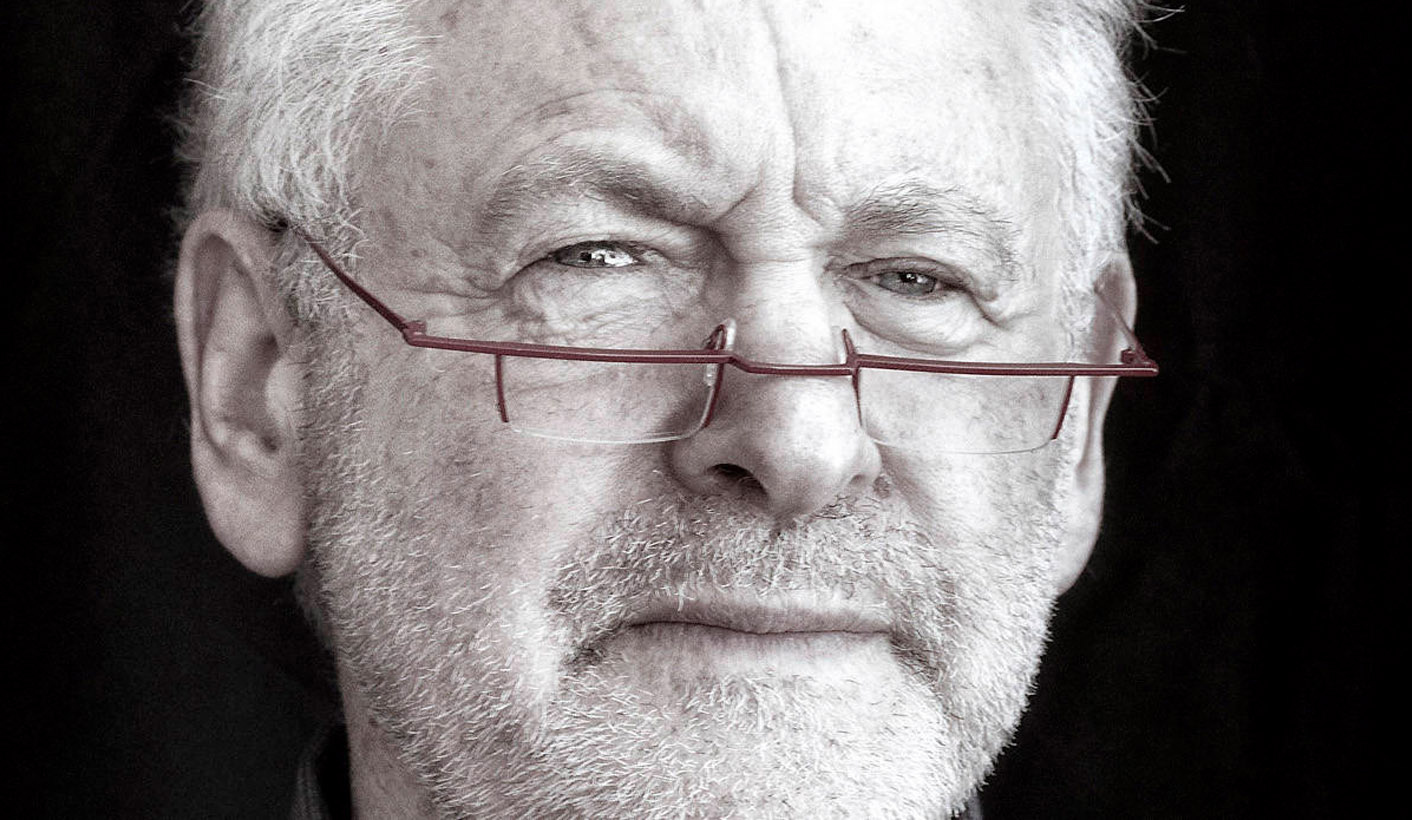 President Cyril Ramaphosa recently committed to eliminating pit toilets by 2030, 36 years into democratic rule. Meanwhile the Minister of Basic Education is appealing a court judgment ordering immediate provision of safe school facilities. Are the poor paying the price for squandering of resources in the past decades? That is unacceptable and safe schooling must be immediately provided, as constitutionally required.

At the core of the South African constitution is a vision of a society that is based on human dignity and the rights of all its peoples. The Constitution is drafted to remedy the experiences of apartheid. It was a response to a society that denied the humanity of the majority of people in the country.

It also provides for an end to the structural indignities and dehumanisation suffered by black people under apartheid. It provides for substantive freedoms and redress of apartheid legacies. It recognises, defends and advances the rights of all who live in the country.

It is therefore against this vision of a society we seek to build, that we view the conditions around us and in particular the callous way in which the current South African government continues to treat poor people. In many ways, we continue to see the same patterns of inequality and oppression that characterised the apartheid era.

Whatever constraints this government may confront, it is unacceptable that poor and vulnerable people are prejudiced as a result of the squandering of resources in the years since 1994.

The efforts of South African people to get Jacob Zuma out of office were not just an issue of accountability, important as this is, but also recognition that the Zuma government represented an obstruction and, in some cases, an attack on the dignity and rights of the people of this country.

We hoped that the exit of Zuma would inaugurate a new chapter and the restoration of respect, human dignity and a better quality of life for people, especially the poor. Unfortunately, there remains, instead, considerable insensitivity and indifference to those in whose name, government claims legitimacy. This is a betrayal of people’s struggles, against apartheid and those who joined forces for Zuma’s removal.

Central to the public campaign for the removal of Zuma as president of South Africa (though, regrettably he and his cohorts continue to have an afterlife in our politics) was the yearning to re-install the values and processes enshrined in our Constitution.

An essential part of revitalising these values is to ensure that accountability of office bearers to the people of this republic is re-established.

To date, the leaders charged with provision of infrastructure in our schools have not explained why these are not in place. The country’s leadership have not spoken to the people of this country about failures to meet basic norms and standards in our schools. Government has only spoken through court papers, aiming to avoid responsibility for these failures.

We need people in government who use various forms of power and resources to entrench the freedom and dignity of people who were oppressed by the apartheid regime and neglected, especially during the Zuma era. Regrettably, the government has failed to address the most basic of needs in our schools, that is adequate toilet facilities and other infrastructure needed for a safe environment, required for education.

Use of unhygienic and dangerous toilets is an indication of what is at stake for poor communities. Their children remain exposed to conditions in which they might drown in human waste and a government that does not have a plan nor the will to address this.

After at least two deaths of children, President Cyril Ramaphosa issued a directive to the Minister of Basic Education, Angie Motsekga, to provide an audit of unsafe toilets in schools, within a month and to come up with a plan for their elimination. She was given “three months to roll out proper infrastructure”. That was in March. She did not deliver the audit on time, but some sort of audit was provided, though the figures for unsafe toilets and structures varied and are contested by the lobby group and social movement, Equal Education. (See various statements on their website: https://equaleducation.org.za)

There was no indication, whatsoever that the provision of proper infrastructure was being attempted, any time near to the president’s three months. Nor is it known how he arrived at this deadline, nor what logistical measures he envisaged to achieve it.

In the meantime, there was a judgment in the Eastern Cape High Court which closed off various loopholes that had been used by the Department of Basic Education (DBE) to prevent fulfilling its legal obligation to provide safe conditions of schooling. Delivered by Acting Judge Nomawabo Msizi, it held, in particular, that it was unacceptable for the minister to hold that her dependence on other departments like public works, energy, and water affairs to provide elements of infrastructure required, could relinquish her of the responsibility to provide safe conditions for schooling.

At the time the DBE said they would abide by the judgment. Later, almost simultaneously with an initiative by President Ramaphosa on pit toilets, they announced they would appeal the judgment compelling them to provide safe infrastructure, (irrespective of their dependence on other departments of state and other service providers). Equal Education had written to both the DBE and the President about implementing the judgment without receiving a response or any indication of willingness to engage with them.

Ramaphosa, together with other national and international players, embarked on an initiative to eliminate pit toilets (The Sanitation Appropriate for Education Initiative (SAFE)), which they committed to do by 2030.

What does this mean in a state committed to a democratic order that obliges state officials to respect and enhance the dignity and safety of all its peoples?

Equal Education, the lobby group and social movement advancing the rights of learners and communities fear for the safety of children who every day face various dangers in many school environments, either falling into a pit toilet and drowning in faeces or incurring dangers in relieving themselves in the bushes. The Eastern Cape judgment refers to boys in some schools having to relieve themselves in the bushes and fearing going alone because they are attacked by gangs and robbed. And if they are accompanied by others what happens to their privacy? There are a range of ways in which sanitary facilities in various schools are unsafe or not working or absent or of a type that impairs the dignity of teachers and learners.

Schools are often made of materials that are unsafe or without proper shelter and quite unconducive to a learning environment.

It is notorious that whatever constraints the minister may say she has, for many years the funding for infrastructure was not spent – at least in the Eastern Cape – and in fact taken back under Treasury regulations because it was not being spent. So even where there were resources these were not always disbursed to improve or remove the inadequate conditions.

Is there not something shameful and contrary to the values of the democratic order and constitution in appealing a judgment that demands conditions in schools that will relieve parents and children of unnecessary anxiety and also compels children to use unsafe and unhygienic facilities? Even if the minister would see herself bound by the Ramaphosa commitment to achieve elimination of pit toilets by 2030, that is 12 years from now and 36 years after democracy was inaugurated. What are parents supposed to do, continually fearing for the safety of their children in the next 12 years, assuming the target is met? What are children supposed to do in the next 12 years where they attend unsafe schools and where danger is never eliminated? How do they navigate the well-established dangers of schooling in post-apartheid South Africa?

The minister must be held accountable and forced to implement the applicable norms immediately. We know that funds can be acquired for something that is regarded as vital. These can come from special taxation, from fund-raising, as is being done in various parts of the world by the president. Surely, if there is political will, commitment and compassion, means can be found to provide decent facilities in our schools.

If there were a concerted effort by a movement of people committed to freedom this could also be part of a state and volunteer campaign to build safe schools. The ANC and UDF used to engage in such campaigns and countries like Cuba engaged in campaigns in order to eliminate illiteracy.

But the political will is not there. It is now being reduced to a mathematical question, how much money we have that is not already allocated and when money will be available, with the assistance of the private sector to fix the schools.

This is not just a mathematical problem. This is a fundamental issue of human dignity and health in our society. It is about concern for those who continue to suffer almost a quarter of a century after the first democratic elections. Such passion and empathy are evident in Judge Msizi‘s judgement. Underneath the clear legal argument with which she dissected the presentations, there was a sense of concern for the vulnerable children, a fear for the safety of youngsters and anger at the neglect of their needs and indeed their constitutional rights by DBE. This is absent in the minister’s statements in response to the crisis.

Our job as citizens is to create the political will to ensure that justice is done in our schools and in the lives of children. If politicians do not appreciate the urgency of this situation it is one where we need, wherever we are located, to build a consensus that is sufficiently powerful to compel those with authority to find or allocate the resources to remedy this situation and provide conditions respecting their dignity and safeguarding the safety and well-being of learners and teachers in our schools. DM

Raymond Suttner is a scholar and political analyst. He is a visiting professor and strategic advisor to the Dean of the Faculty of Humanities, University of Johannesburg and emeritus professor at Unisa. He served lengthy periods in prison and house arrest for underground and public anti-apartheid activities. His prison memoir Inside Apartheid’s prison was reissued with a new introduction in 2017. He blogs at raymondsuttner.com and his Twitter handle is @raymondsuttner

Everson Luhanga for Scrolla.Africa • 21 mins ago

Steve Kretzmann for GroundUp • 3 hours ago