Why Africa must industrialise 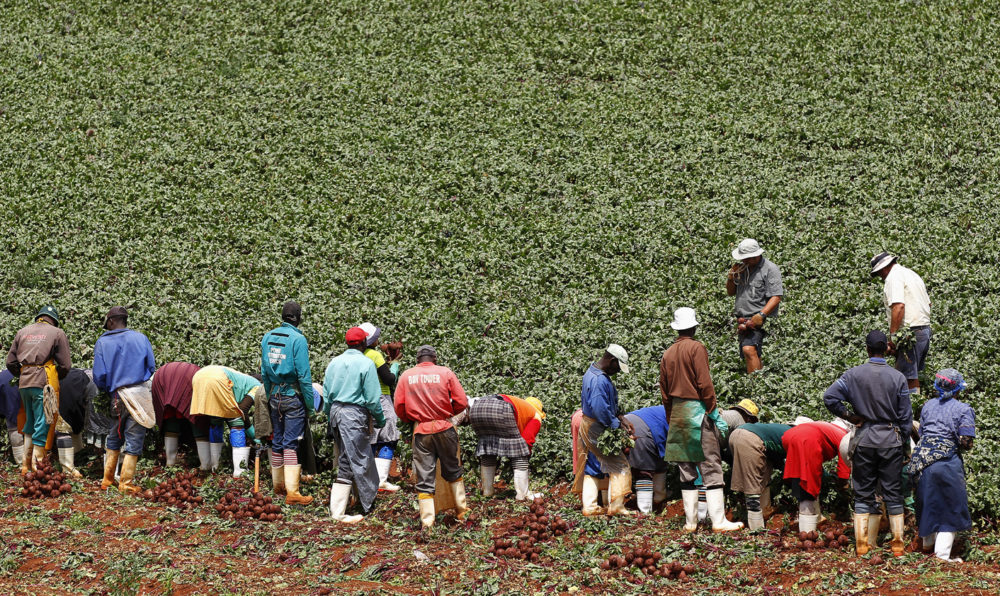 Extreme poverty, the most widespread and destructive characteristic of underdevelopment, is pervasive and tenacious in Africa. To improve livelihoods, labour needs to be moved rapidly into more productive sectors, in particular manufacturing. Only then – given its large and fast-growing population – will the continent be able to grow fast enough to effectively alleviate poverty.

A recent Institute for Security Studies Report discusses and models the potential benefits of the Fourth Industrial Revolution in Africa, with a time horizon to 2040. It shows how from 1994 until 2008 (when the global recession hit) Africa experienced its most sustained period of growth since independence in the 1960s – an average of 4.6% per annum.

Although the average per capita income increased by more than a third during this period, Africa’s poverty rate decreased by only about five percentage points, in part due to the continent’s high levels of inequality.

The historical trend depicted in the graph below includes a forecast for 2020 and 2030. It is calculated using the International Futures forecasting system hosted at the University of Denver. It predicts that Africa will, on average, experience annual growth of 4.8% from 2018 to 2030 compared to global growth of 3.2%.

Because Africa has much higher population growth rates than the global average, the gap between average income levels in Africa and the world continues to grow, although more slowly than before.

The impact of Africa’s growth spurt from 1994 to 2008 is evident in that by 2010, Africa’s average income levels had improved to 34% of the global average (compared to 33% in 2000) before resuming its downward trajectory.

What would change this rather dismal forecast?

The growth of the two decades before 2010 was largely due to high export volumes needed to feed Asia’s manufacturing and construction boom. Africa generally grew because of the commodities super-cycle that started in 1996, peaked in 2011 and has been in a down-swing since. In fact, Africa is increasingly dependent on trade in commodities.

The United Nations Conference on Trade and Development’s most recent State of Commodity Dependence Report noted that 46 out of 55 African countries are now dependent on commodity exports. Whereas commodity dependence elsewhere is largely static, it is increasing in Africa.

On current forecasts Africa’s developmental future will largely depend on the start of a next commodities super-cycle. If the length of previous cycles are an indication, that should begin in around 2028. This time it will be India’s steadily growing economy that will drive the demand for resources from Africa as China did previously.

But there are risks involved with commodity dependence – including vulnerability to extreme global price swings, most evident in the price of oil. Commodities provide a stepping stone, but only if countries use that income for the structural transformation of their economies – by moving capital, labour and technology from lower- to higher-productivity sectors.

Sub-Saharan Africa has not followed this trajectory. Structural change has started, but much more is needed. In Africa, the shift is generally from low-productivity agriculture to marginally more productive employment in services, generally consisting of wholesale and retail trade in the informal sector.

A United Nations University World Institute for Development Economics Research study confirms that manufacturing in Africa is six times more productive than agriculture. It also says manufacturing propels more rapid general economic productivity improvements. Low-end services such as retail and trade were by 2010 only twice more productive than agriculture, with the result that growth in services in Africa has contributed to no or slow growth in aggregate per capita income.

Rather than improving productivity, Africa’s structural transformation from very low-productivity agriculture to low-productivity urban-based retail services has been “growth reducing”. This is because the share of workers employed in high-productivity sectors such as manufacturing is declining, offsetting positive “within sector” productivity growth. The result is that the aggregate growth of output per worker is declining.

Organisations as diverse as the World Bank, the African Union and the African Development Bank have long argued that it is particularly important to unlock the agricultural potential of Africa to address poverty, high levels of food insecurity, hunger and malnourishment. But beyond basic, subsistence-level agriculture, industrialisation determines agricultural expansion and efficiency, as well as the development of high-value services.

But industrialisation doesn’t happen on its own. Deliberate policies and a determined national effort are needed in each country to make it work. Only then will Africa have the potential to emulate the Asian experience in reducing poverty. DM