Macbeth: Not an easy watch, but a rewarding one 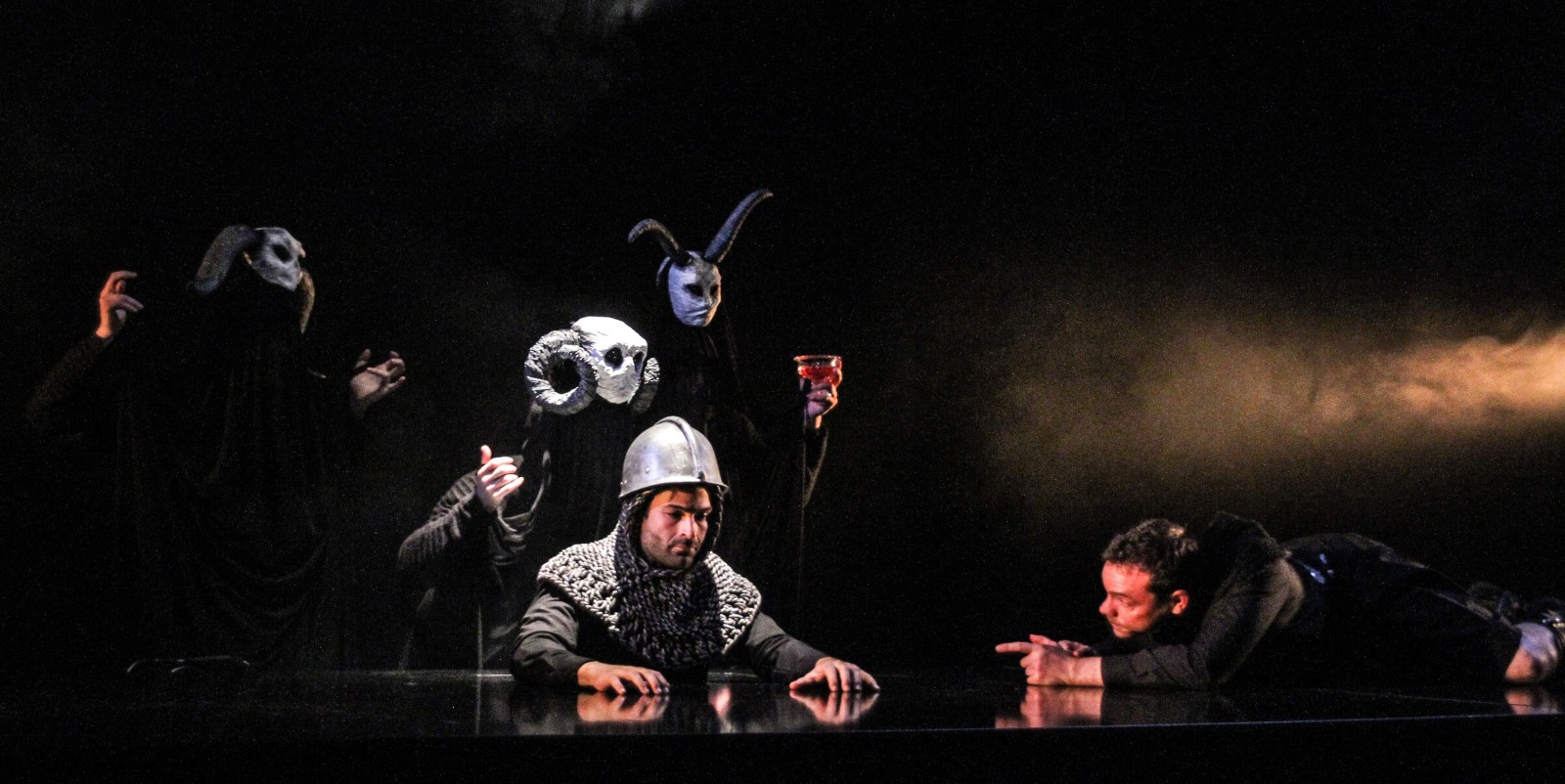 More than 400 years after it was written, Shakespeare’s Macbeth remains a story for all times and territories.

This bloodthirsty tale of treachery, treason and an all-consuming greed for land and titles is often jazzed up to make it more palatable for today’s attention-deficit audiences, by modernising the language or relocating it to a more familiar time and place.

Not this version by Fred Abrahamse and Marcel Meyer, who are presenting Macbeth in its deep and dense original format to create a menacing spectacle that drips with blood and witchcraft. It’s a thrilling, complex show that demands nearly as much attention from the audience as the actors.

It’s stripped back to basics with the original language, little in the way of props, scenery or fancy costumes, and a man playing Lady Macbeth, as it would have been back in the day.

Shakespeare in its raw, unadulterated form isn’t easy for a modern audience. The text is rich with imagery and emotional impact, but complicated by the fact that language has moved on from these flowery words and rhythms. You can’t switch off for a moment as you listen intently to follow the politics, attune to the Scottish accents and fathom the olde English language, which makes today’s words and sentence structures sound so prosaic and inelegant. 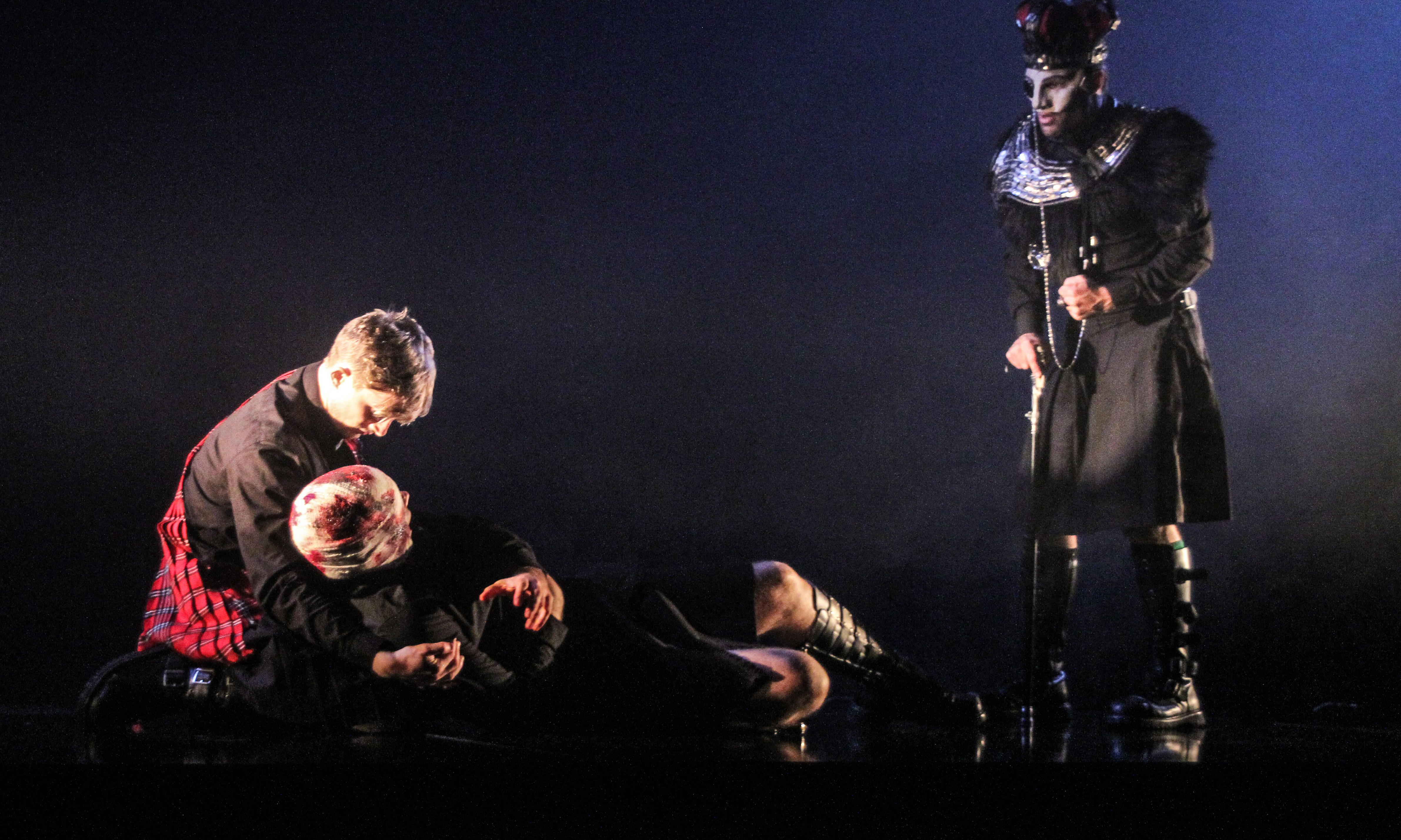 The production is in the same format that Abrahamse and Meyer followed a year ago for Hamlet, with a minimal cast and maximum, full-on Shakespeare. Once again Abrahamse directs and has designed the set and lighting, while Meyer plays the lead and designed the costumes. Abrahamse has the lighting spot-on, with beams that pick out stark details and cast the rest into brooding, ominous shadows.

A long banqueting table fills the centre of the stage, forming both a prop for the several dinner scenes and a handy platform to leap upon when a character demands a higher elevation. It’s a very masculine production too, all biker boots and black leather, a grungy soundtrack that constantly throbs to build a subconscious menace, and rock-concert dry ice to mimic the spooky mists of Scotland.

The cast of six swings in and out of multiple roles with ease. Meyer is mesmerising as Macbeth, powerful, ruthless and tormented, yet tender towards his wife. 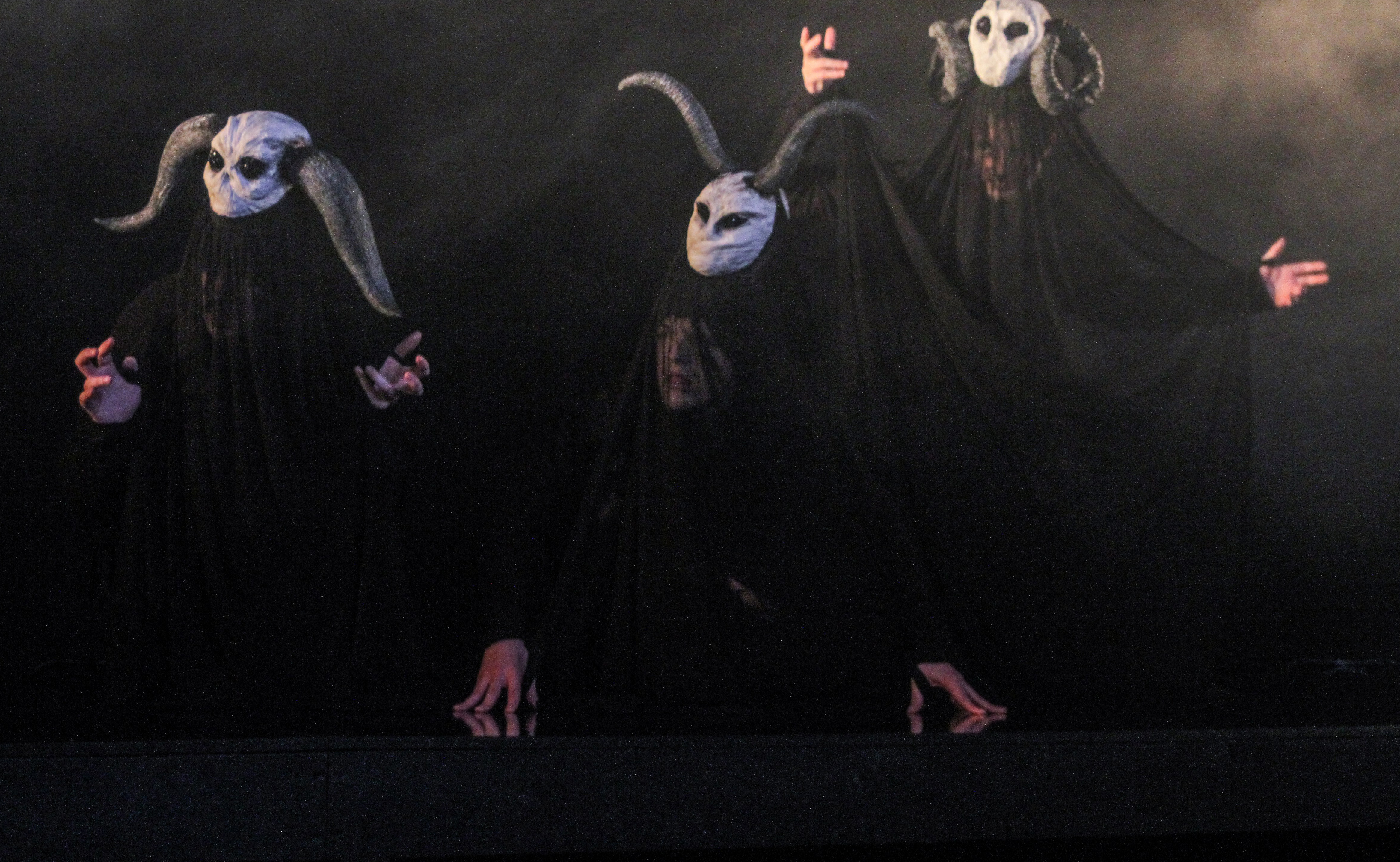 Once the idea of a shaven-headed man playing Lady Macbeth sits well with you, Tristan de Beer becomes very credible. Lady M’s final scene is a powerful portrayal of raging torment from her terrible guilt – it’s edge-of-your seat stuff, made more bearable by the humorous twist of giving us an Indian doctor to do the psychoanalysis off to one side. Tailyn Ramsamy as the doctor is also fabulous as Banquo, an enticing, stand-out character whose clarity and presentation cuts through the complexity.

Jeremy Richard as the clownish porter brings some much appreciated humour for the audience, in moments of light relief acted with aplomb before we’re back into the brutal drama.

But there’s no reprieve from the emotional onslaught when Macbeth finally faces Macduff (Stephen Jubber) in a short, but riveting clash.

It’s not an easy watch, but it’s a rewarding one. DM

Macbeth runs at Montecasino Theatre until September 9. Tickets from Computicket.