A trickle of legislation as parliamentary wheels grind...

A trickle of legislation as parliamentary wheels grind slow 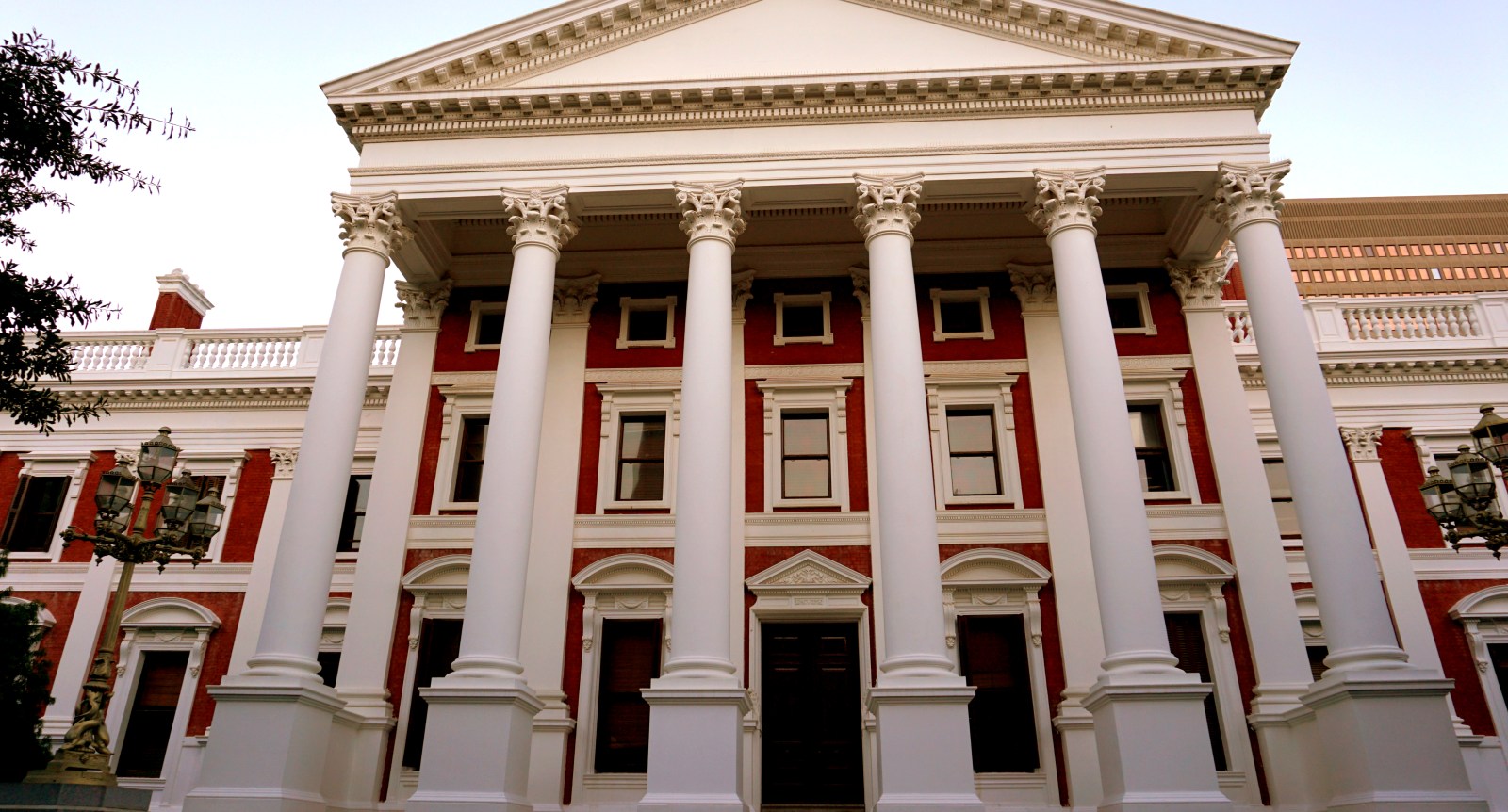 The fifth democratic Parliament, which began in 2014 and will end with next year’s election, has so far made very little progress in producing legislation in pursuit of Parliament’s mandate to improve the quality of life of South African citizens. Some parliamentary committees, many of which would be considered central to the National Development Plan, have processed no legislation at all.

A study by the Parliamentary Monitoring Group (PMG), which has been tracking parliamentary delivery over many years, found that the Department of Basic Education, possibly the single most important sector needed for successful transformation, has not come up with any bills at all for consideration by the Committee of Basic Education to improve the quality of foundational and primary education that could give children a better start in life.

It must be said that the research period ends in 2017, and therefore does not reflect the entire fifth Parliament. But by December 2017, the Portfolio Committee on Basic Education had not considered any legislation and a draft Basic Education Law that the department talks of bringing to Parliament has not even yet been introduced.

It should be noted that at the latest count there are 50 proposed bills before committees at present and the remainder of the term still has to run its course. But for a bill to be passed this year it needed to have been introduced by May. Bills introduced after this date are unlikely to be considered before time for this Parliament runs out, after which the bill will lapse and need to be introduced from scratch by the sixth Parliament.

This does beg several questions; why are bills nevertheless still being introduced when the focus in Parliament is already on the pending election? It also does also make one wonder how Parliament could have taken an unprecedented and unplanned protracted eight-week recess, which came to an end only last week, with a lengthy queue of bills awaiting attention.

The PMG study, entitled “Legislative Output/Performance in Parliament” by PMG researcher Monique Doyle, focuses on parliamentary output and in particular the productivity of the parliamentary committees which process bills. After the release of the report PMG commented that some departments are “not historically legislation-heavy”.

“There are various factors to consider as to why they do not introduce legislation. PMG does not delve into this because it is not within the parameters of Parliament.”

While there is still time left before the election, it will be increasingly taken up with electioneering and the rate of progress measured in PMG’s study already makes it obvious that South Africa’s fifth Parliament is likely to perform very poorly in its chief task of drawing up and passing legislation to improve the quality of life of South African citizens. Every parliamentary year sees a mad rush as the December recess approaches, but Parliament would have to perform some kind of legislative miracle to catch up before the 2019 poll Parliament.

The study shows that committees such as Economic Development, Energy, Water and Sanitation, Small Business Development, Human Settlements, International Relations and Tourism, all of which would be expected to be hard at work finding legislative means to improve our economy and deliver services, have processed no legislation at all.

Not all committees are as moribund. In stark contrast, for example, the Standing Committee on Finance, which has an extensive workload year on year, has so far considered 29 bills during this Parliament. Similarly the Justice and Correctional Services Committee processed 19 bills. Trade and Industry has worked on seven bills and Transport has considered six.

The fourth Parliament did not do that much better. While the hard-working Finance and Justice Committees processed more than 40 bills each by August 2017, during the previous Parliament of 2009-2014 Basic Education worked on a single amendment. The Committee on Higher Education and Training dealt with eight bills, Rural Development and Land Reform and Transport had five bills each, and Trade and Industry dealt with four.

The Standing Committee on Appropriation can be relied upon to churn out many acts every year, but these are all to do with passing the Budget without which Parliament and the Executive would not be able to function at all.

The PMG’s efficiency index records a more or less steady decline in the rate of parliamentary law-making over the post-apartheid years. Its research culminates in 2017, a year that recorded a significant dip in the number of laws adopted. The year 2016 did not do much better, which poses the question: Does this show a pattern in declining output in Parliament’s legislative delivery?

PMG is non-committal. The report states:

“One inference that could be drawn is that the political turmoil over the past two years has had a significant impact on lawmaking efficiency.” Doyle explains the need to conduct a global benchmarking exercise in order to assess our own national legislature’s performance.

It appears that a range of multi-party, democratic legislatures, including the UK, Finland and Holland, take on average two years to pass a bill. If you compare that to Slovenia, which can produce a law in a matter of months, it would seem that the well-established parliaments are sluggish in their output. In contrast, the study considers the Indian parliament, where it was found that the 15th Parliament (2004-2009) passed 36% of bills after less than 30 minutes of debate; 20 bills were passed in less than five minutes.

The PMG found that in South Africa, it takes Parliament on average 73 parliamentary working days to adopt a bill. In calendar days, that is an average of 201 days a year or about six months, which sounds very speedy. Yet PMG also found that over the years there has been a slowdown in the time it takes to pass a bill. Does this mean our Parliament is losing momentum and becoming less productive?

Not necessarily, says the PMG. The point it is at pains to make is that a well-oiled legislative machine that rolls out loads of legislation does not necessarily produce a well-functioning democracy. It suggests instead that this could be a sign that too little consideration or debate may have gone into the law-making process, or possibly public participation was lacking.

“A key aspect of the debate on legislation is the need to find the delicate balance between efficient processes and ensuring the quality of legislation is not compromised,” writes Doyle. She cites the Centre for Policy Studies, a leading UK think tank, which found that detailed consideration of a number of bills was non-existent in the UK House of Lords and often lengthy and significant parts of a bill “receive no detailed scrutiny at all” in this lofty chamber.

The value of looking at international practices is “to put matters into perspective and to allow for practical comparison. Looking at global case studies allows us to look at lessons on how other legislatures conduct legislative business”, the PMG report states, while noting an important caveat that legislatures operate in different environments and output rates need to take into account regime history, constitutional arrangements, internal procedures and so on.

What we want to know is how South Africa has done as a democracy. In summary, between January 2006 and December 2017, 486 bills were introduced in Parliament and over this 12-year period 391 bills were adopted, 13 lapsed, five were rejected, 32 were withdrawn and 45 were still under consideration at the time of writing. This amounts to an average of 44 bills introduced and 35 bills adopted a year, which PMG concludes “reflects high performance”.

But in 2017 it went downhill, with only 10 of the 37 bills introduced that year adopted, and the efficiency rate was not much better in 2016.

The study shows that there is generally an upturn in law-making in pre-election years as the ruling party puts pressure on the administration to implement the policies it had promised, but this drops in the election year, understandably as Parliament is taken up with campaigning, elections, and the swearing-in and orientation of new MPs.

“Departments will be instructed – as far as possible – to hold off introducing bills during election years as the chances of them being considered are slim. This is not matched by the number of bills adopted during an election year as there is usually a mad rush to pass all existing bills ahead of a national election,” the PMG report explains (my emphasis).

It found that 2017 recorded the lowest legislative output in all the years that PMG has been tracking Parliament, yet the number of working days was the third highest. Tactfully, the study asks if the legislature has been using its time “optimally” in recent times. “This perhaps is an area in which legislative planning could be greatly improved,” PMG suggests. DM