Professionals co-opted to back tobacco giants 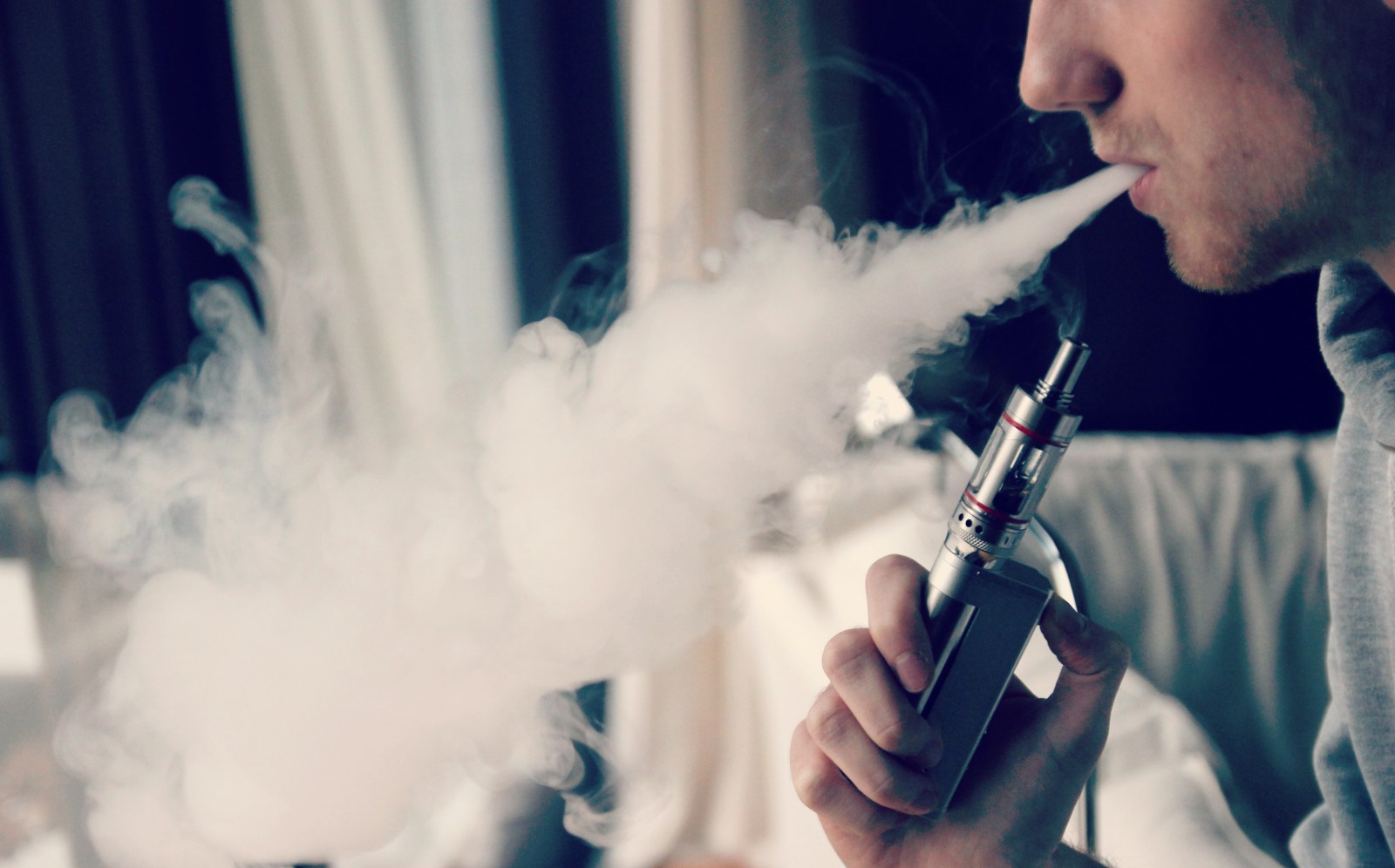 The tobacco industry is spending vast sums of money to fight government’s attempts to tighten smoking laws and regulate electronic cigarettes – and it has managed to recruit some unlikely allies.

(This article has been edited after publication to include further comment from Wits journalism professor, Anton Harber, and also to adjust a quote for accuracy)

Over the past three months, the tobacco industry has mounted a massive campaign against government’s proposed legislation to clamp down on smoking and to control electronic cigarettes – and a key part of this has involved co-opting journalists, health professionals, trade unions and researchers.

Smoking kills more than 42,000 South Africans a year, according to Health Minister Aaron Motsoaledi – yet there have been recent claims about the social value of smoking by the Free Market Foundation’s Leon Louw, and attacks on government’s attempts to contain tobacco and nicotine use as being symptomatic of a “nanny state”.

The tobacco industry has employed two main tactics: a huge advertising campaign against illicit cigarettes that serves to promote themselves as the law-abiding “good guys”, and a campaign to promote electronic cigarettes as “harm reduction” tools to wean smokers off cigarettes.

There is significant evidence to show that e-cigarettes create a whole new set of health problems, and no evidence that they are being promoted simply as aids to wean smokers off cigarettes. Instead, e-cigarettes are being aggressively marketed as pleasurable products by their manufacturers, many of whom also sell cigarettes.

In recent weeks, health experts and journalists have spoken out against the government’s proposed Control of Tobacco Products and Electronic Delivery Systems Bill on platforms convened by the tobacco industry.

At a workshop for African Reporters on Harm Reduction convened by a group that is sponsored by the tobacco industry, health professionals repeatedly overstated the “safety” of e-cigarettes without scientific research to back up their claims, and in the face of mounting evidence to challenge this.

In the past week, tobacco giant Philip Morris International (PMI) flew a group of African journalists from countries including Malawi, Tanzania, Senegal and Zimbabwe to Johannesburg for a day-long media workshop to promote e-cigarettes, including PMI’s own heat-not-burn product, IQOS (“I quit ordinary smoking”).

This follows similar meetings in Ivory Coast, Mali and Kenya. The intention of these workshops is to draw journalists into a network of African reporters to champion e-cigarettes to reduce the harm of tobacco.

AllAfrica Chairperson Amadou Mahta Ba and The Guardian Nigeria Editor-in-chief Debo Adesina were part of the PMI panel, as was Anton Harber, Professor of Journalism at the University of Witwatersrand, who urged journalists to report in a fair and balanced manner.

“We are covering a complicated debate but it is our duty to enable citizens to understand it in all its nuances. We need to approach it with critical open-mindedness,” said Harber, who failed to answer when asked whether he had been paid to speak by PMI.

All that Harber would say when asked about his presence on the panel was: “I was asked by my old friend and colleague, Amadou Ba, and I did it on the basis that I was free to say whatever I liked – which I did.”

On the day of the media workshop, the Food and Allied Workers Union marched on Treasury, urging them to act against illicit cigarettes, which they claimed would cost 11,000 jobs this year. They also ran a huge social media campaign #NotJustaJob, profiling tobacco workers.

A series of expensive print, electronic and broadcast media advertisements and social media campaigns were launched in July. The ad campaigns were carefully crafted to conceal that they were funded by a big industry player. Japan Tobacco International’s (JTI) #HandsOffMyChoices is so sophisticated that it would be difficult for an ordinary citizen to tell that it was funded by the company. The campaign has its own website that is not linked in any way to JTI’s main website.

JTI’s campaign is strikingly similar to the Tobacco Institute of Southern Africa’s (Tisa) #TakeBackTheTax. Tisa used the same modus operandi and the advertisements were launched at the same time as JTI’s. Shortly before the advertising campaign was launched, Tisa released a report in which it claimed illegal cigarettes are available in 100,000 shops in South Africa and this was denying the South African Revenue Service tax income.

Professor Corné van Walbeek from the School of Economics at the University of Cape Town said that the illicit cigarette market was a cause for concern as it had exploded in the past two years. However, he added that he believed that the big tobacco companies were seriously under-declaring their cigarette sales and the chaos at SARS has helped them to do this.

“They try to present themselves (big industry) as legitimate players and paint the Fair-trade Independent Tobacco Association representatives as scoundrels, especially Gold Leaf Tobacco Company. Tisa is fighting two wars it seems: one against the small operators and one against the government,” he said.

Health advocates have also been aiding the industry’s campaigns to push vaping products, as well as fighting government attempts to legislate them.

Professor Praneet Valodia, a health professional from the University of the Western Cape, said the new bill ignores the potential value of e-cigarettes and denies consumers the right make their own choices.

“When it is legal, you can regulate and you can conduct more research. However, if something is illegal it becomes hard to regulate and needs policing, which is difficult,” Letlape said recently.

However, Motsoaledi said that tobacco companies have no credible facts to promote their products: “That is why they run to the poor and vulnerable. They can easily mislead the poor and make them believe that tobacco sustains jobs, deliberately hiding the harmful effects of tobacco… you don’t need a job when you are dead.”

Motsoaledi added that the industry had never succeeded in its court bids to halt tobacco legislation in countries that have regulated the industry, including the US, UK, Australia and Ireland.

“It is clear from my current visit here in South Africa that, under the guise of supporting consumer choice, the tobacco industry is aggressively lobbying policymakers and using front groups to oppose a strong tobacco control bill,” said Mullin, who is based in New York.

“Their actions are really about enabling the industry to continue to hook children on a product that kills half to two-thirds of lifetime users. When we launched our Tobacco Atlas in Cape Town earlier this year, we warned that the tobacco industry targets countries across Africa to maximise profits to the detriment of those countries. That has been visibly evident in South Africa in recent weeks.

“The new tobacco control bill can make a vital contribution in reducing preventable deaths in South Africa. And it can set a strong example to other countries across the continent. We urge the government and Parliament to stand up to the industry’s intimidation and to act to protect South Africa’s people by passing this bill.” DM

The Daily Maverick/Heath-e claim that I have been co-opted by the cigarette industry is inaccurate, untrue and damaging.

It is true I was one of three speakers on a panel at a “harm reduction” seminar last week, but I did it on the express condition that I was free to speak my mind without any restriction.

The report you have given of what I said is selective to the point of inaccuracy: while I did call for objective reporting, I specifically emphasised that one had to be vigorous in examining the scientific evidence and reporting who paid for research, what kind of samples were used and whether all the available evidence was published.

I said this was particularly important since the tobacco industry had a history of using bad science. I cited the way bad science had been used in the HIV/Aids debate to say that we should not equate all views from scientists as but had a responsibility to weigh them up in an informed and careful manner to ensure the public was properly informed.

You imply that I declined to answer further questions on the matter, though asked twice. Not true. I answered an emailed query promptly and was asked nothing further.

Let me say clearly that I have no objection to engaging with the cigarette industry if I am free to speak my mind. To label this as cooption is crude and inaccurate. I am in favour of appropriate legislation limiting cigarette and e-cigarette advertising and marketing and have never spoken in defence of the industry. DM