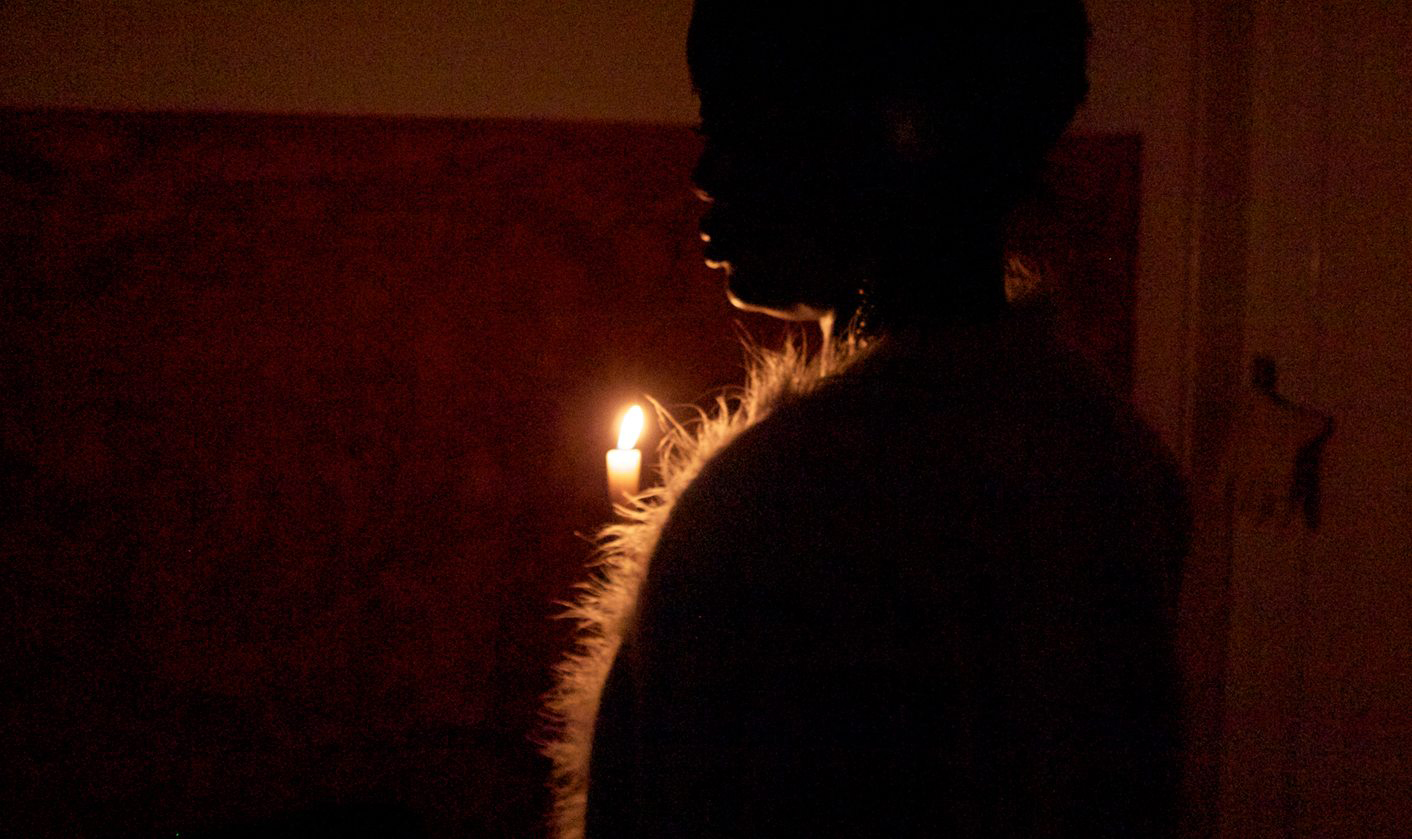 Whether the controversial BBC documentary My Neighbour the Rapist was scripted or not, it nonetheless hurts us all because it plays on our worst fears about rape without ever addressing the real issues at hand.

Even as women across South Africa marched for a #TotalShutdown to protest against gender-based violence, global media was undermining the good work of the women’s movement.

Two weeks before the marches, online viewers of BBC were given a view of life in townships, when a documentary called My Neighbour the Rapist featured the stories of a number of men who provide graphic admissions that they have raped.

In vivid detail and with disturbing imagery, a BBC freelance reporter claimed to get inside the heads of men who target women living alone in their shacks. Two of the young men spoke about their pleasure in hearing a victim’s screams and recounted chasing women out the street naked and throwing stones. Another man said he rapes children to cure him of HIV, thanks to guidance from a local traditional healer.

The documentary is troubling in many ways, not least of which because one of the men interviewed, David Kaise, now says the film is a lie. The man who acted as David, and a woman acting as a rape survivor, both say they were paid by the filmmaker to tell a scripted story. If this is true, it is scandalous.

Whether the film was scripted or not, the BBC documentary nonetheless hurts us all because it plays on our worst fears about rape without ever addressing the real issues at hand.

What BBC coverage does for a community like Diepsloot is dehumanise the people who live there. It is told through a northern, white lens and its primary purpose is to create imagery townships as dangerous and crime-ridden. It undermines the headway that has been made in townships around South Africa around entrepreneurship, schooling, and giving residents access to services. It will further entrench the skewed views that many South Africans of all races have about what it means to be black and relatively worse off.

A local committee, called Protect My Diepsloot, is working with police to verify the truthfulness of the documentary footage. The group says “no form of abuse of Women and Children will be tolerated whatsoever in our community”. Yet, despite the good intentions of this local group, their view is also not quite factual.

And in real life, rape is often not sensational. It is often quiet, hidden, and persistent. It happens in a marriage bed when a husband insists a woman should “be a good wife”. Rape happens after a night of drinking when a young man who paid for the beers tells a girl she “owes him”. The real story of rape is not crazed, HIV-infecting brutes, but ordinary men that we know as brothers, colleagues, leaders and community members.

The use of clichéd ideas about a single, vengeful perpetrator purposefully infecting others with HIV taps into our deepest fears about a cruel monstrosity of black men. The BBC recycles the myth about child rape curing HIV, which in their film is used as a means to further marginalise the quackery of black healers and the gullibility of poor, black people. It’s unsurprising that the BBC fails to acknowledge that the myth of young virgins curing venereal disease was first established in England.

Using a paid actress to cite a false story, as the rape victim of the film, Ndivhuwo Ramaphalala, now claims, does little to help us trust the many brave women who bring true stories of sexual violence to light. And it does absolutely nothing to help viewers comprehend the real drivers of sexual violence. For the past four years, our team has studied violence against women in Diepsloot.

When we spoke to more than 2,000 men, one in three of those who agreed to take part in our research had ever raped. This data was widely published, but no members of BBC reached out to ask about the research findings.

So what do we know about rape that can demystify the BBC untruths? Our team and others have learned that views around manhood are a primary reason men commit rape. The social norms that encourage men to dominate and control women form what is called “toxic masculinities”. These masculinities are tied up with all sorts of problem behaviours – from alcohol abuse to violence against other men to sleeping around.

We see plenty of toxic masculinities in our research among men in Diepsloot, which echoes realities not just of townships, but of the entire globe. In the era of #MeToo, it has become clear that men everywhere – and in every economic bracket – are part of the sexual violence problem. It is the sense of entitlement to women’s bodies and the sad reality that many women cannot speak out against the abuse that allows men across the globe to harass, assault, and rape.

Yet, men themselves can change these norms. It is a slow, and often circuitous process, but men do grow and shift – particularly when they are given safe spaces to recreate their identities and behaviours. For participants in our project in Diepsloot, this has meant creating dialogues to discuss what manhood means openly, in the company of both men and women. This has meant rebuilding relationships with women around respect and communication, rather than around domination.

We also know that childhood trauma is an essential but not sufficient ingredient of men raping later in life. Of the men we spoke to, only one in 10 reached adulthood without experiencing some form of physical, sexual, or emotional child abuse. Yet, of the 85% who had traumatic childhoods, less than half went on to rape. So, clearly, there is something beyond childhood abuse that leads to sexual abusiveness.

The other key ingredient that our team has found is poverty. Not just having less money, since many people living in townships are in the lowest income bracket, but not having enough food to eat. Something about sheer hunger relates to men’s violence against women, as they feel unable to play the “breadwinner” role. The particular South African inequality of not having enough in townships – just as people did not have enough in rural homelands – comes back to haunt us when men feel “unmanly”. Hunger is deeply marginalising and may lead men to exert their dominance in other abusive ways.

This comes back to why BBC hurts not only Diepsloot residents, but all of us. By further marginalising an already stigmatised community, BBC is playing into all the myths of the apartheid era. It pathologises black men and shows a screwed narrative of a complex place. Instead of seeing rape as something we all live with, and we are all complicit in, it lets us outsource the rape identity to poor, black, African men.

The lewd discussion of rape by David portrays a man who is proud to be “getting away with it”. We know well that South African law enforcement struggles to convict rape perpetrators – with only one in 10 reported rapes ever being charged. But footage of policemen standing around idly after a woman has purportedly been drowned by a rapist reinforce our fears that South African townships are ungovernable.

This is simply not true. In our qualitative research with women living in Diepsloot, many community members feel as if the police are responsive and visible even in the most hard-to-reach neighbourhoods of the township. A new police station is accessible, new roads are being laid, and electricity is reaching more street corners.

Institutions like BBC should use their influence and media clout to help the public understand difficult issues like rape. Not to pathologise the communities most at risk of hardship.

We call on BBC to publicly apologise to the community of Diepsloot. We insist that the current documentary be removed and replaced with a solutions-based, in-depth, and truthful work of journalism. This must feature the voices of victims of violence but also the growing number of voices who are standing up to take action against violence: the Diepsloot Gender-Based Violence Forum, Lawyers Against Abuse, Afrika Tikkun, South African Depression and Anxiety Group, or Sonke Gender Justice.

We call on BBC to take a small portion of the money it spent on this inaccurate reporting and support Vimba or Izwi Lami hotlines that connect Diepsloot residents to local services.

Making money off sensationalising rape is as dangerous as saying it doesn’t exist. Let’s do better and figure out why rape happens and do something to stop it. DM