The legacy of Marikana: Accountability urgent to prevent another atrocity 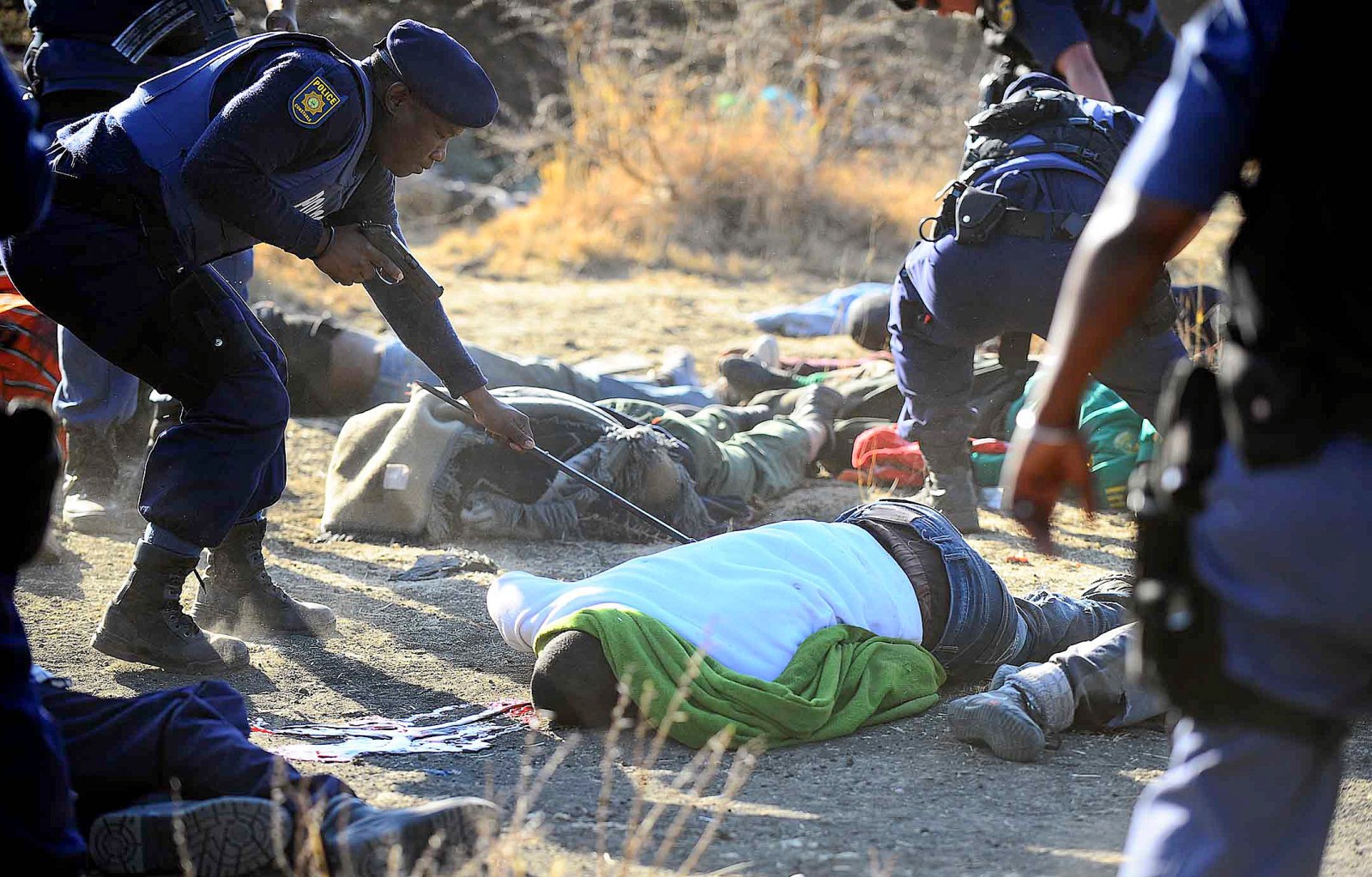 There must be justice for Marikana. The families of the victims deserve no less than a full accounting of the events of 16 August. To ensure the events of Marikana are never repeated, SAPS and the individual role players involved must fully accept responsibility or be held accountable for the lives they took.

Six years ago, the nation watched in shock as police opened fire with live ammunition at striking miners in the worst example of police abuse of force in post-apartheid history. In the preceding week, miners employed at Lonmin Marikana Shaft had been striking for higher wages and 10 people, including two police officers, had died in confrontations related to the strike.

For four days, 3,000 miners sat atop a rocky outcrop just outside the Lonmin shaft compound refusing to move until their demand that Lonmin management address them was met. As the strike drew national attention and an increasing police presence, Lonmin officials continued to refuse to engage with the striking workers instead choosing to use police as a buffer between the miners and themselves.

On the morning of 16 August 2012, SAPS (South African Police Service) began implementing a “tactical plan” to end the strike. They encircled the outcrop with barbed wire and began to attempt to disperse and arrest the miners. The miners began to move down the hill towards the Nkaneng informal settlement a few hundred meters away, but found the road to Nkaneng blocked by a police armoured car, forcing them to move around a cattle kraal into a channel that funnelled the miners towards the Tactical Response Team. As they moved, the miners were met with tear gas and rubber bullets fired at them from their left flank and from the rear.

The miners ran around the kraal to try to disperse to Nkaneng through a small gap in the police line, shielding their heads from the tear gas and rubber bullets with blankets. As they approached, officers opened fire. Seventeen people died at what became known as Scene 1. Some miners fled to a small collection of boulders a few hundred meters away. The police fired into, and from the top of, the boulders, killing another 17 miners at what is known as Scene 2.

The police claim they were acting in self-defence at Scene 1 and have not offered an acceptable explanation for Scene 2, whose very existence senior police officials attempted to conceal; witnesses claim that some of the miners were shot while trying to surrender. Six years later, questions regarding the deaths of the miners at Marikana remain unanswered: no police officer or other official has faced criminal charges for the deaths on 16 August 2012, and the state has failed to hold anyone to account for the killing of 34 people.

SAPS shot and killed 34 striking miners on 16 August 2012. The police have an obligation to account for these deaths, and where the police fail to do so, the state has an obligation to ensure that those responsible for these killings are held accountable, including through criminal investigation and prosecution. So far, the police have shown an inability to police themselves and there has been no move by any outside body to hold the police to account.

The main state response to Marikana was a judicial commission of inquiry which produced a report which failed to offer detailed findings of how and by whom each of the miners was killed and failed to assign individual responsibility for the killings and, therefore, to demand accountability. The report, coupled with the state’s failure to offer an official apology, provides little impetus for SAPS to take any responsibility for the massacre.

SAPS do not deny that they shot and killed the striking miners. They contend that the shots they fired were in defence of themselves and others, and therefore lawful. In fact, the police have been quite unapologetic about their actions on that day. In a video from 18 August 2012, a senior officer tells officers that they have done nothing wrong, and that the operation, from planning to execution, had gone “110%” as planned.

During the Marikana Commission proceedings, senior police and higher-level officials systematically attempted to conceal, falsify or destroy evidence, and mislead the commission. Key experts and other evidence from the commission confirmed unjustified use of force by the police at Scene 2, contradicting their claims of self-defence; including that SAPS produced little evidence that the strikers had fired at police. Nevertheless, evidence showed that police fired 295 live rounds at strikers in 15 minutes using R5 assault rifles, 9mm handguns, and shotguns; that police were firing into shrubs and the rocky areas where miners had taken shelter; that victims died from high velocity gunshot injuries to the head, neck, spine and/or chest or from 9mm handgun wounds to the chest and abdomen; and that police made minimal use of water cannons and tear gas in their “dispersal, disarmament and arrest” operation.

SAPS officers foresaw the confrontation on the 16th ending in bloodshed, as evidenced by their request for the presence of four mortuary vehicles at the scene. The police intended to end the strike at all costs and viewed the miners as an enemy to be destroyed, rather than people with a constitutionally protected right to peaceful protest. The evidence paints a picture of an emotionally charged scene with officers armed with lethal weapons, an operation planned by a SAPS member with tactical experience rather than public order policing experience, and the increase of SAPS presence from 120 people on 13 August 2012 to more than 700 on 16 August. Twenty-four of the SAPS officers and members deployed to the scene fired five times or more with one officer discharging his R5 rifle 25 times; 57 officers discharged their firearms at Scene 2, after the crowd had dispersed from Scene 1, making it more likely that those who fired did so out of a need to avenge the police who had died a few days prior than to ensure public order.

The National Prosecuting Authority (NPA) – the body that should institute criminal proceedings against SAPS on behalf of the state in the interest of the victims – has also failed to act as check on police unlawful use of force in Marikana. On 18 June 2018, nine police officers implicated in the appeared briefly in the North West High Court for charges ranging from murder and attempted murders of three miners and two police officers who died on 13 August 2012, to contravening the Commission Act for lying to the Commission under oath. However, no police have been brought before a court in connection with any of the deaths on 16 August 2012.

In August 2017, the Independent Police Investigative Directorate (IPID) completed investigations into the 34 deaths and referred the dockets to the NPA for decision. A year later, no one has been prosecuted. By all appearances, the NPA seems to have no intention to hold police accountable for these killings. This is despite cases such as that of Thobile Mpumza, the last man shot by the police on 16 August 2012, who was shot 13 times at Scene 2. An officer openly admitted to the commission to firing nine shots at Mpumza claiming he was “armed” with a traditional weapon. In fact, three police officers confirmed under oath that they shot at Mr. Mpumza with 9mm and high velocity firearms. Even here, the NPA has failed to force these officers to explain their claim of self-defence through criminal prosecution for the murder of Mpumza.

There must be justice for Marikana. The families of the victims deserve no less than a full accounting of the events of 16 August. To ensure the events of Marikana are never repeated, SAPS and the individual role players involved must fully accept responsibility or be held accountable for the lives they took. DM