The cost of truth – whistle-blowers speak 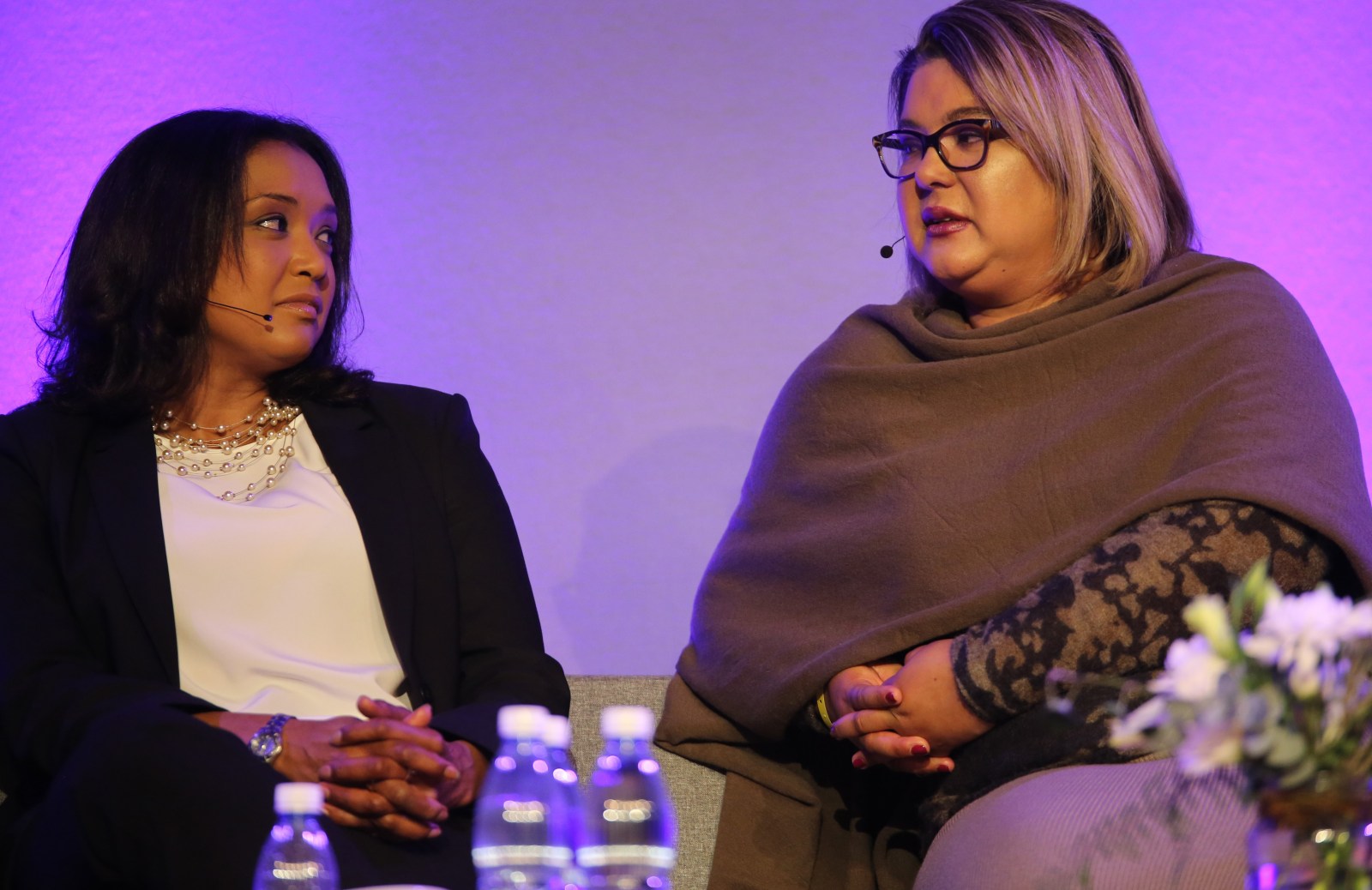 Whistle-blowers regularly risk their careers and sometimes lives, to expose public and corporate malfeasance in South Africa. With few protections and little support, they're often punished for taking a stand. Two whistle-blowers who helped expose State Capture spoke on Wednesday.

Bianca Goodson saw a stream of media reports after resigning from Trillian Capital Partners and started to wonder what she might have done, who she’d been working with. “For 18 months, I couldn’t look in the mirror. I couldn’t go do my hair.”

Goodson resigned as CEO of Gupta-linked Trillian after only three months. She spent the next year-and-a-half wanting to tell her story. She was told her life was in danger. Her husband smashed the intercom at their home so they could avoid unwanted guests.

“All of this personal strain results in your marriage falling apart,” she said. Under pressure as the country’s eyes were on the Gupta family and their associates, she and her husband divorced. She thought she was going to kill herself.

Goodson was speaking on a panel the the 10X Daily Maverick Media Gathering in Cape Town on Wednesday. She and Eskom’s former head of legal and compliance, Suzanne Daniels, detailed their efforts to expose malfeasance in the face of intimidation and isolation.

“Basically, whistle-blowers are the ones who tell us what’s wrong in the world,” said Gabriella Razzano, executive director at Open Democracy Advice Centre.

Her organisation helps between 200 and 300 whistle-blowers a year. Corruption Watch received over 5,000 complaints last year, she said. There were 159 recorded assassinations in South Africa last year, some linked to whistle-blowers, and around 60% of municipal councillors report receiving threats.

“Whistle-blowers are an amazing group of great people doing the country a service and I think there’s a lot more we can do to keep them safe,” said Razzano.

“In spite of this environment, which is dangerous – people feel intimidated and scared – the law doesn’t do enough,” she continued.

Daniels was celebrated for speaking out at Parliament’s inquiry into Eskom in late 2017 about Eskom’s deals with McKinsey and Trillian and the pre-payment that helped fund the Gupta purchase of Optimum Coal. Public opinion remains divided over her role after she was recently sacked.

Goodson left Trillian when she was asked to open a Bank of Baroda account with a R300-million overdraft and sign over powers to the account to someone she had not met and didn’t know. She eventually found employment at Sage Group, but voluntarily resigned to avoid exposing the company to reputational damage when her story became public.

“Both of them have been on a sort of journey from hell since making a decision to help us,” said Daily Maverick investigative journalist Jessica Bezuidenhout.

There are few protections for whistle-blowers and the costs of speaking out are high. The Companies Act and National Environmental Management Act provide some defences, but only if specific paths of revealing information are followed.

Whistle-blowers struggle to find further employment as companies worry about exposure to risk. Bezuidenhout said a bank recently denied Themba Maseko, who spoke out against the Guptas, finance for a business venture because of his high-profile revelations, describing him as a “politically exposed individual”

“One gets asked questions like, ‘Why did you only come out when you did?’ It took a hell of a lot for me to get to that point,” said Daniels.

She said her conscience was “pricked” after receiving tough questions from Business Day and Financial Mail journalist, Sikonathi Mantshantsha.

Before taking a stand, she had been warned she was being watched and her movements tracked. “The fear didn’t sink in at that moment. For me it was like, no nobody can control South Africa like that. There’s just no way,” she said.

Then her colleagues started getting suspended. She received death threats. She was harassed and her home was broken into.

“Can you imagine? It felt like I was in an FBI movie,” she said. “Life became about security.”

Goodson and Daniels’ revelations have since become public and added crucial details to the web of corruption spun by the Gupta family and their associates. But little has been done to hold accused individuals accountable.

“It’s hard to cope with the disillusionment. It’s hard to accept that people would use you deliberately,” said Goodson.

Daniels said the National Prosecuting Authority continues to say it’s investigating the accusations, despite a trove of information emerging from investigative reports and official inquiries. She believes the state has failed, that this isn’t the democracy that she fought for.

Razzano said whistle-blowers are always asked how they’re implicated. “That doesn’t matter, what she’s exposing is important,” she said.

Whistle-blowers are vital to achieving public and corporate accountability, but, said the speakers, they need greater legal protection and more support from society. DM