State enemy number one – courage of an investigative journalist in India 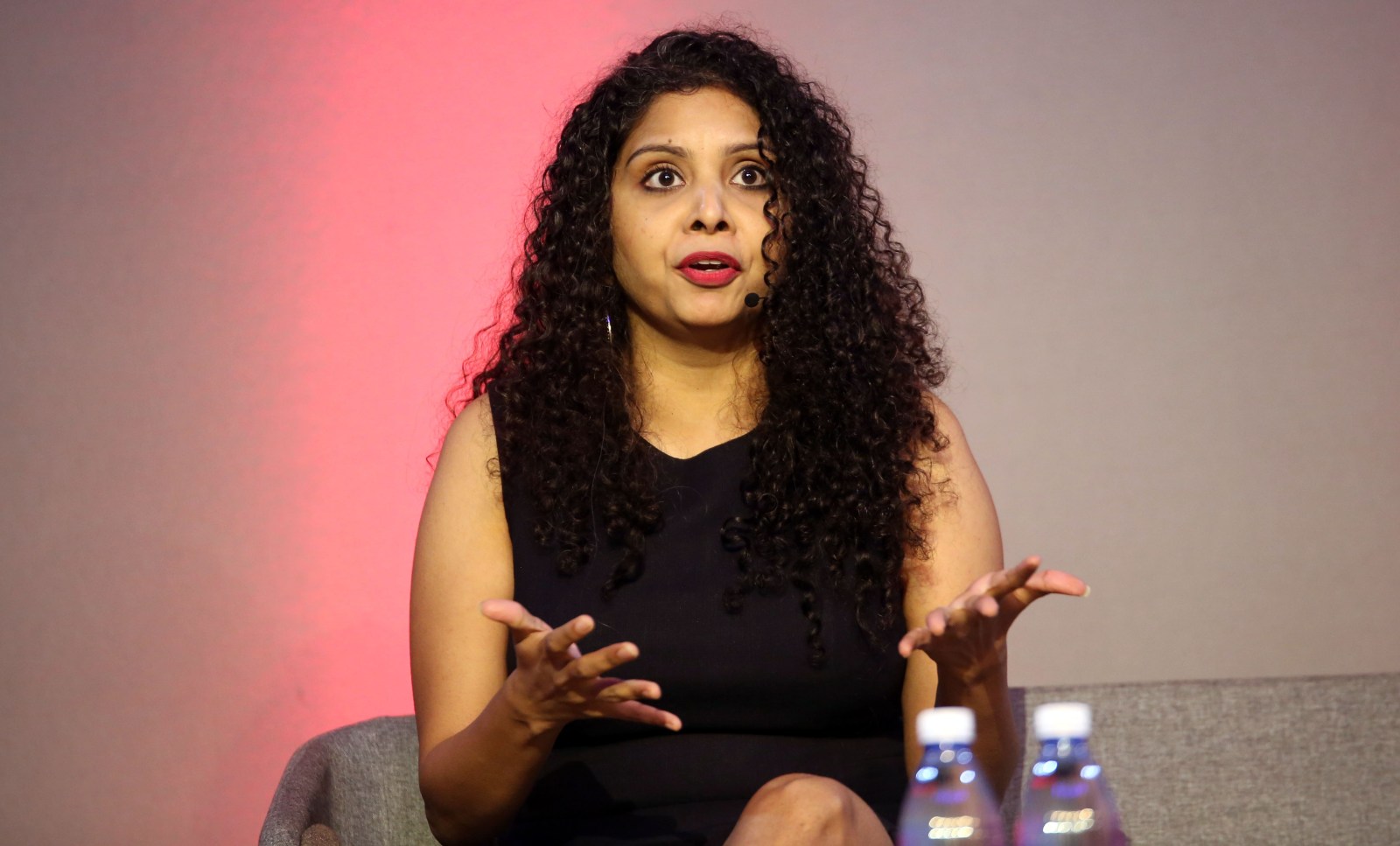 Rana Ayyub is an Indian investigative journalist who self-published a book, Gujarat Files: Anatomy of a Cover Up. It is the result of an eight-month sting operation aimed at tricking politicians and government officials of Gujarat, a state in north-west India, into spilling the beans on the Gujarat riots of 2002. Indian Prime Minister Narendra Modi was highlighted as the main culprit. Ayyub lives with the consequences of being state enemy number one. She received a standing ovation after telling her story – which was a warning of what is possible when democratic values and media freedom are subverted – at Daily Maverick’s Media Gathering in Cape Town on Wednesday.

It is 2002 – an unsafe time for Muslims and women in India. Rana Ayyub is a Muslim girl, born with polio in Mumbai, India. The statewide riots in the state of Gujarat at the time claimed the deaths of over 1,000 people – about 800 Muslims and about 250 Hindus – while hundreds are to this day missing or unaccounted for.

For the next four years Ayyub and her family were powerless, caught up in a whirlpool of violence and carnage. The journalist in Ayyub was born in that time, she told the audience at the Media Gathering in Cape Town on Wednesday morning. “We lived in a culture of fear,” Ayyub said.

The result: Then a journalist for investigative magazine Tehelka, Ayyub initiated an eight-month sting operation in around 2015 where she cut all ties with her family and friends in order to take on a fake identity as Maithili Tyagi, an American film maker of Hindu descent. She cultivated an American accent, a fake affinity for the right-wing Hindu cult Rashtriya Swayamsevak Sangh and wore seven to eight hidden cameras on her body every day.

Patiently, Ayyub managed to get access to senior police officers, bureaucrats and politicians in Gujarat. She worked her way up right to Narendra Modi who became Indian Prime Minister in 2014 – at last scratching the surface of the man known in India as a bigot and a mass murderer. Modi was the Chief Minister of Gujarat between 2001 and 2014 – overseeing the violence meted out against Muslims in Gujarat that ensnared the Ayyub family.

Ayyub’s Gujarat Files contains incriminating information against Modi and his close friend Amit Shah, a powerful Indian politician, including how police officers in Gujarat were co-opted and made instruments of state violence and the regime Modi ran in Gujarat.

In discussion with Daily Maverick’s Richard Poplak, Ayyub detailed how her life has not been the same since she landed Modi’s friend Shah in jail in 2010. Hitting a wall where no one wanted to talk to her, she initiated the only option left – an undercover operation. Eight months later her publication Tehelka refused to publish her findings. “It is the worst thing you can do to a journalist who just spent eight months undercover,” Ayyub said. It was an awkward, difficult and traumatic exercise.

“It is a huge psychological trauma. You have to live that life. It is a tough act to pull. You have to sit there, listening how politicians talk about how Muslims should be burned alive, and you react saying ‘okay, yes of course’. You have to become this person,” Ayyub said.

Tehelka’s refusal to publish saw Ayyub pawn some gold her mother had saved for her wedding and used the money to self-publish her findings.

Ayyub, along with other journalists, attended a publishing event of her book. She received a standing ovation and people said it was “the bravest thing in Indian journalism”.

“I thought every paper will have a story on this book. The next morning there was none.”

It was then when Ayyub realised how oppressed the media in India was.

“I was the new enemy. And a Muslim. It was the best and the worst time to be a journalist in India.”

Poplak reminded her that she did enjoy some of it, too. Said Ayyub: “I did enjoy it. As a journalist I couldn’t get to the truth. Then I become this chilled out American film maker. And here I was with Narendra Modi and people were talking the truth in front of me.”

It was no easy journey. The sexual violence and bullying meted out to Ayyub was staggering. Soon after publishing her book a pornographic video with her face copied on to a body was sent to “almost every phone in India”.

“The UN had to intervene in order to ensure my safety,” Ayyub said. The video was traced back to the Indian government.

Her brother lost his job last year when his boss realised he was a close relative of Ayyub. Her father gets threatening phone calls.

An intelligence dossier containing personal details about what she ate on a plane, the jewelry her sister wears and the exercising habits of her father was compiled on Ayyub and her family.

“A journalist translated my book (Gujarat files) in a local language (in India a few months ago), and 15 days later she was killed,” Ayyub said. DM