Race and Language: ConCourt misses chance to guide transformation of the education system 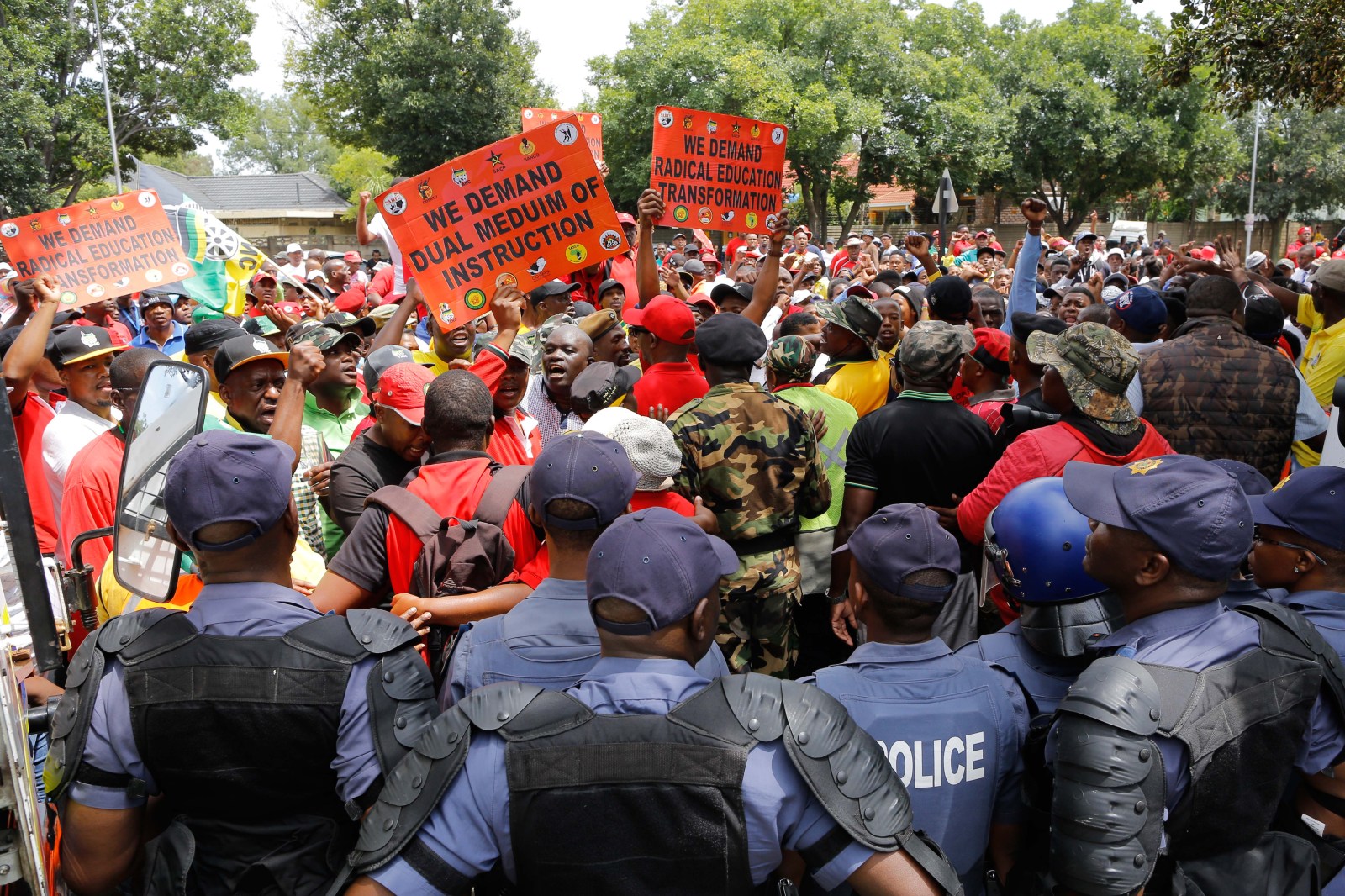 In dismissing the provincial education department’s appeal in the Overvaal case at the end of July, the Constitutional Court has failed to seize an opportunity to clarify how inequality in public education might be redressed.

In January 2018 Höerskool Overvaal, an Afrikaans-medium school in Gauteng, was at the centre of a heated admissions battle highlighting ongoing race and language cleavages in the education system.

Tensions emerged after officials from the Gauteng Department of Education instructed the school to open its doors to 55 English-speaking learners. Of the over 600 learners at Höerskool Overvaal, 95% are white. Despite the changing demographics of the surrounding community, the school fails to reflect this transformation.

The school governing body resisted. A legal fight ensued with a High Court judgment in favour of the school. The provincial department appealed the decision directly to the Constitutional Court. On 25 July, the court surprisingly refused to even entertain the issue. It found, without granting leave for a hearing, that the department’s case bore no prospects of success.

The summary dismissal of the matter by the highest court is unfortunate. Höerskool Overvaal is not an isolated case. In a 2016 High Court case, the Federation of Governing Bodies for South African Schools (FEDSAS) presented statistics showing that over 70% of learners at a sample of its Gauteng member schools (the majority being Afrikaans-medium) were white.

In those same papers, it was undisputed that a number of Afrikaans single-medium schools in the province have employed their language policies as the basis for barring black learners in applicable feeder-zones from applying to the school. FEDSAS recognised that “there are apparently instances where schools have used their language policies as a mechanism for screening applications in a manner that suggests that the screening occurs with racist intent”.

There is clearly still much guidance to be provided to schools, provincial officials and indeed lower courts on how best to approach issues impacting on transformation of the public education system.

In its urgent court application, the school argued that it was full – it should not be forced to take the English-speaking learners when there were English-medium schools in the area with capacity. The High Court agreed. The school and the High Court maintained that a sprinkling of black Afrikaans-speaking learners demonstrates sufficient commitment to transformation. Referring to the Afrikaans white community at the school as an “embattled minority”, the High Court judgment appeared to lend credence to the current demographics of the school. Moreover, the high court granted judgment in favour of the school without hearing directly from the 55 learners whose admission was the subject of debate, which is an important principle that the provincial department sought to have clarified on appeal.

The approach of the school governing body of Höerskool Overvaal as well as the High Court judgment does not reflect adequate consideration of the need for redress in the education system.

There are powerful mechanisms in legislation that enable the national and provincial departments of education to deal with issues of uneven learner enrolment at a systemic level – including powers to determine when a school has reached capacity. These powers exist precisely so that the transformation and redress requirements of the Constitution can be met. Unfortunately, time and again, the courts have had to remind officials of the importance of due process, meaningful engagement and the need to follow legislative prescripts.

Yet whilst provincial departments have been admonished for their hasty and sometimes roughshod approach to admissions decisions, the Constitutional Court has previously not shied away from ensuring that the imperative of transformation is not left in doubt.

In Höerskool Ermelo,1 an Afrikaans-medium school refused to admit English-speaking black learners from nearby townships despite the school having excess capacity. The provincial department then attempted to revoke the power of the school governing body to set language policy. The Constitutional Court found that the provincial department’s revocation of the language policy unacceptable for procedural reasons. But it also ordered Höerskool Ermelo to review its language policy to ensure its alignment with the Constitution, and reminded it that no form of racial discrimination may be practised in implementing a language policy. It held: “(The power to determine language policy) must be understood within the broader constitutional scheme … taking into consideration what is fair, practicable and enhances historical redress.” (Our emphasis.)

In the case of Rivonia Primary School,2 the provincial education department overturned a decision that the school was full to capacity, and physically placed a learner at the school. The Constitutional Court affirmed that the provincial department is entitled to require admission of a learner beyond the capacity set out in a school’s admission policy, whilst emphasising the importance of due process, co-operation and meaningful engagement in the best interests of learners. It found that “(b)oth provincial government and individual schools have to grapple with systemic capacity problems and their impact on education. At school level, parents and governing bodies have an immediate interest in the quality of children’s education…. However, the needs and interests of all other learners cannot be ignored”.

It is implicit in both of these judgments that provincial departments have a duty to ensure that the needs of all schools and learners in an area are considered when decisions regarding admissions are made. It is also clear that the court requires schools and provincial departments to properly cooperate and engage in the interests of learners. However, despite this existing case law, situations like that which arose at Höerskool Overvaal this year demonstrate that more detailed guidance is needed.

The papers in the Overvaal case reveal high levels of tension. They show factual disputes related to the capacities of surrounding schools, protests regarding admissions during years prior to the case, as well as demonstrations, counter-demonstrations and racially-polarised confrontations subsequent to the High Court judgment.

A judgment of the Constitutional Court could have clarified the role of principles such as equity and redress in admissions decisions, particularly where enforcement of language policies impede transformation. The Constitutional Court also missed an opportunity to expand on how the meaningful engagement and prioritisation of the best interests of the learners involved should be practically implemented.

The Constitutional Court justices should not be reluctant to hear future cases involving provincial departments and school governing bodies contesting each other’s terrain. It is the very recurrence of these cases which shows that jurisprudence on issues such as meaningful engagement, the interplay between language and admissions policies, and the importance of redress and equity in the public education system can and should be refined. DM