Can China free Africa from dependency on the mighty dollar? 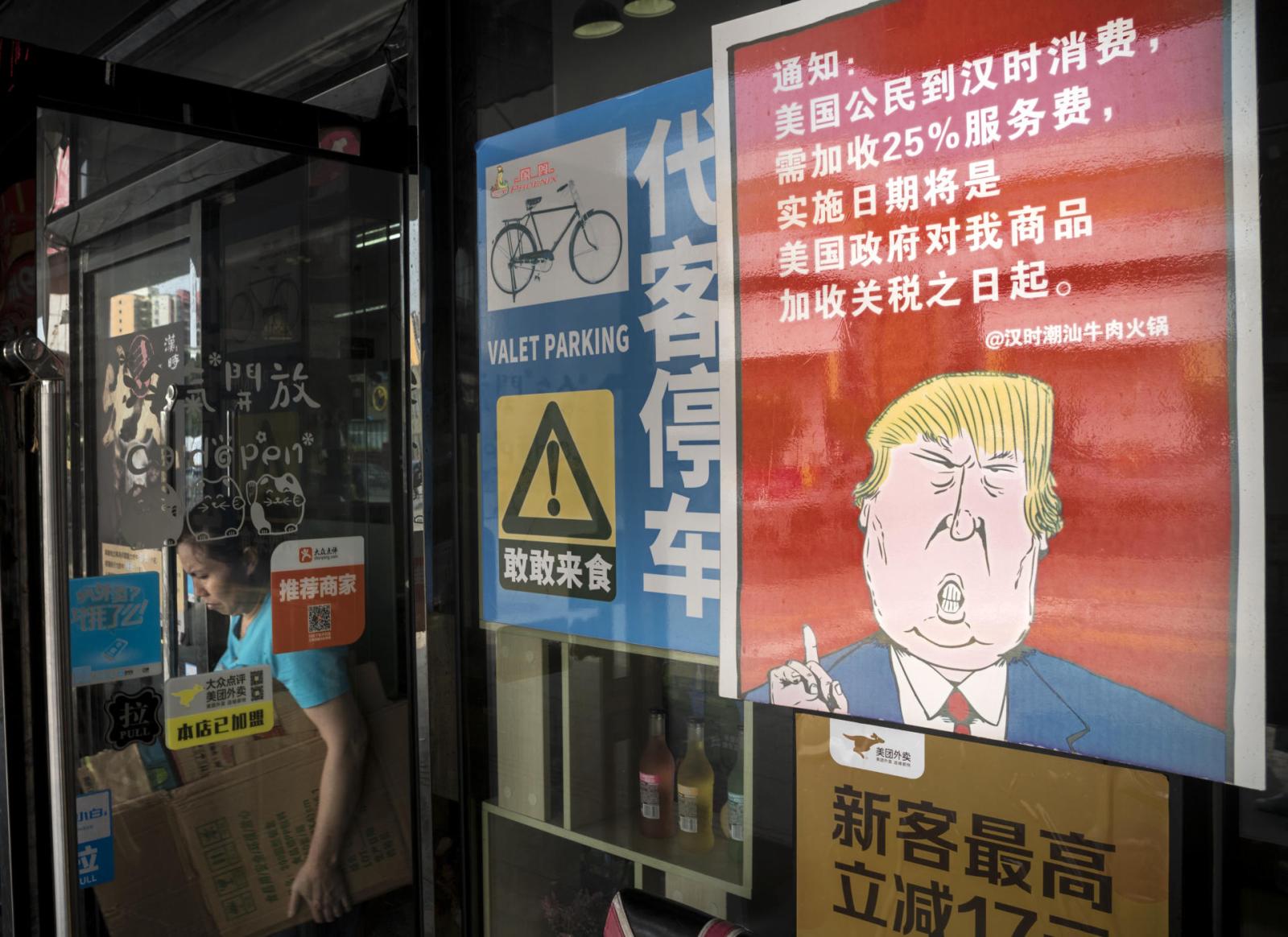 A woman exits a restaurant with a poster depicting US President Donald J. Trump, stating that all US costumers will be charged 25 percent more than other customers starting from the day president Trump started the trade war with China, in Guangzhou, Guangdong Province, China, 13 August 2018. EPA/EFE/ALEKSANDAR PLAVEVSKI

By extending the influence of the yuan, China could become the new champion of globalisation. By Peter Fabricius

Is China, aided and abetted by the other BRICS member countries – Brazil, Russia, India and South Africa – making a bid to dislodge the dollar from its global pedestal and replace it with the yuan? And if so, will it help African countries, in particular, to escape from the iron and often onerous grip of the greenback?

One way China is expanding the reach and influence of the yuan is through currency swaps – many with African countries. The latest was with Nigeria, for the equivalent of $2.4-billion. For Nigeria, the currency swap was a lifeline as its dollar reserves had largely drained away and the naira had plummeted against the dollar after the 2015 drop in oil price.

The currency swap is only a temporary reprieve for Nigeria. A loan is still a loan, in any currency, and must be repaid. The growing tide of Chinese loans into Africa is raising concerns of another debt crisis, like that in the first years of the century.

For China, the benefits of this and other currency swaps it has done are less clear. Of course, it does mean that Nigeria will be buying $2.4-billion in goods from China. It’s not obvious though what China might want to buy from Nigeria, except perhaps oil. And China faces the risk of getting back less than it put in, because of the likely depreciation of the currencies of its swop partners.

Beijing’s main goal seems more strategic than commercial – to boost its ambition to establish the yuan as an international reserve currency. And it is making progress. In 2016 the International Monetary Fund (IMF) added the yuan to the basket of currencies in its own supplementary reserve asset unit – special drawing rights.

China is also boosting the yuan by putting pressure on the many countries along its modern Silk Road, the huge Belt and Road Initiative connecting China to the Middle East, Europe and Africa, to fund their development projects in yuan. China’s Asian Infrastructure Investment Bank, which 86 countries have joined, also boosts yuan usage.

And another, indirect, Chinese vehicle for the ambitious yuan is the BRICS forum of major emerging economies. BRICS’s New Development Bank will soon issue its second bond in renminbi (or RMB, the official name for the Chinese yuan), as well as bonds in the other BRICS members’ local currencies. These bond issues will enable the bank to lend money to the five BRICS members for development projects in their own currencies, bypassing the dollar.

BRICS bank vice president Leslie Maasdorp tells ISS Today that by issuing loans in local currencies – unlike other international development banks – the bank eliminates the foreign exchange risks borrowing countries face by having to repay in dollars, possibly at lower exchange rates. The BRICS bank is widely seen as a developing world alternative to the World Bank.

BRICS has also established its own version of the IMF – the Contingent Reserve Arrangement (CRA). As the IMF does for its members, the CRA provides a financial safety net for BRICS members that might run out of foreign reserves to pay for its imports.

SA Reserve Bank deputy governor Daniel Mminele tells ISS Today that the CRA is ready to be accessed by member countries. He says Beijing makes no secret of its ambition to internationalise the yuan – that’s why it made such an effort to get it into the IMF’s basket of currencies and why it is increasing investment, trade and bond issues in yuan.

The company Swift, which does international interbank transactions, says China is also trying to increase global oil deals done in yuan. Russia is already doing that and Saudi Arabia could follow, which would be a huge boost to the yuan. For Russia, especially, circumventing the dollar also helps circumvent US financial sanctions.

President Donald Trump’s recent reimposition of sanctions on Iran, which will prevent any company doing business with Tehran from also doing business through the dollar, underscores the importance of the Chinese strategy.

Nevertheless, it would be “stretching it to think that at this time the RMB could replace the dollar as the global reserve currency”, Mminele says. Mminele and Maasdorp also both dismiss any suggestion that BRICS wants to replace the World Bank with the BRICS bank, the IMF with the CRA or the dollar with the yuan.

Maasdorp says the BRICS bank will continue issuing many loans in dollars. Mminele says the aim of both the BRICS bank and CRA is simply to diversify funding options for BRICS members and thereby complement the World Bank and IMF. He says the CRA alone could never fix a major financial crisis but would have to work with the IMF.

Nor does China itself seem to be competing with the World Bank or IMF, but is rather increasing cooperation with them and trying to increase its influence in them. This is in line with President Xi Jinping’s goal of displacing the currently isolationist and unilateralist United States with China as the new champion of multilateralism and globalisation.

Chinese currency swaps will help African and other countries, especially those with highly volatile currencies, reduce their dependencies on the dollar – but won’t end them. Currencies will still largely be indexed against the dollar, bonds will largely be issued in it and so will most loans.

Maasdorp estimates that only 3% to 5% of all foreign exchange transactions in the world are now in RMB and about 75% are still in dollars.

“The dollar will remain the anchor currency for a long time. But given that China is destined to become the biggest economy, the RMB will become a much more important currency in trade and foreign reserves,” he says.

So no African finance minister or central bank governor should be planning for a dollar-free world just yet. DM