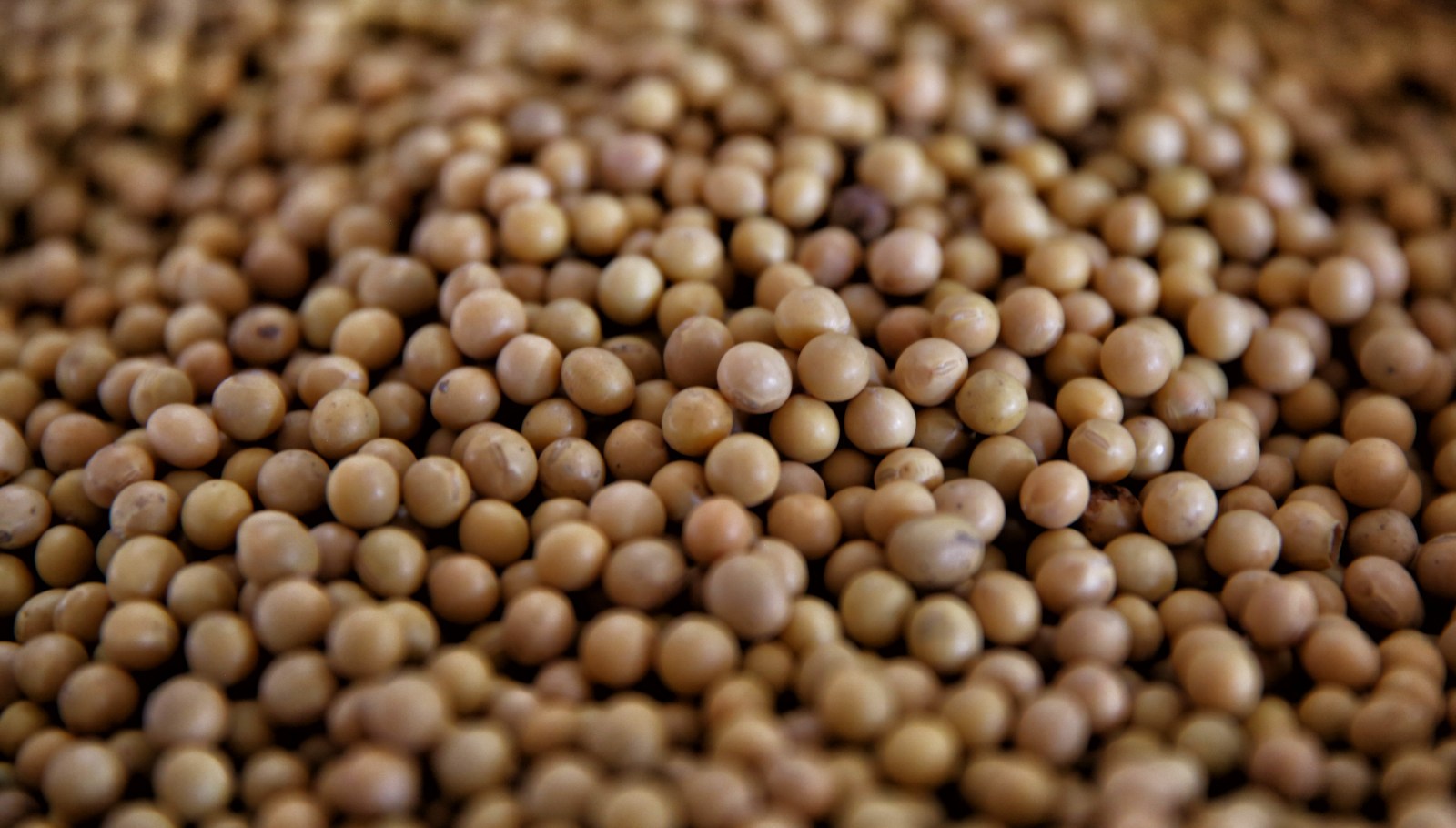 Soybeans on sale are displayed in a grain wholesale market in Beijing, China, 31 July 2018. Soybean prices have plummeted in recent months after US President Donald J. Trump announced tariffs on 50 billion US dollars of Chinese goods. China is the world's largest buyer of soybeans, importing 12.4 billion US dollars worth of the legumes from the US in 2017. EPA-EFE/WU HONG

As households feel the pinch from the increase to VAT and rising fuel prices, an expert panel set up by National Treasury has been investigating how to cushion the blow from the VAT increase.

A new report by the Institute for Economic Justice (IEJ), entitled Mitigating the impact of the VAT increase: can zero-rating help? shows that exempting a limited number of carefully chosen additional goods and services from VAT (zero-rating) is one viable route. This is an important finding as the VAT increase reduces the disposable incomes of all South Africans, including those of poor and low-income households.

Increasing VAT also makes the tax mix more regressive by increasing the tax contribution of poor and low-income households. Further, it has the potential to dampen domestic demand and growth, and increase inequality.

For these reasons civil society organisations, Parliament’s finance committees, the ANC and trade unions have called for measures, beyond the current list of zero-rated items, to be put in place to support poor and low-income households.

Currently, a range of items including 19 basic food items are VAT exempt.

In line with other existing research, the IEJ report shows that the benefits from zero-rating, in the form of savings from not paying VAT, accrue disproportionately to poor and low-income households.

The report also shows that similar benefits can be derived from zero-rating other items. These findings are made through analysing the spending patterns of the population.

Naturally, we want to ensure that poor and low-income households are the beneficiaries of zero-rating and that zero-rating is not predominately a tax break for wealthier households. To assess this we compare how much of the goods or service is consumed by poor and low-income households. The primary test is whether the poorest 70% of the population account for 70% or more of all expenditure on that item, and hence would accrue 70% or more of the benefits.

This threshold is chosen because 55% of South Africans are poor and because the lowest spending/earning 70% earn below the income-tax threshold. The Parliamentary finance committees strongly argued “that the list of zero-rated items needs to be expanded taking into account the needs of the poor and low-income earners”.

Other tests complement this primary test.

The report also considers that some items may not pass the statistical tests, but are important to zero-rate anyway as the realisation of constitutionally enshrined socio-economic rights relies on access to these items. Greater access to school uniforms would support the right to education, cheaper sanitary pads would enhance equity and the rights to dignity and education, and various foodstuffs and medicines have significant health implications, including for children.

The accompanying table (Table 1) shows 17 currently zero-rated items. The extent to which they are “well targeted” is a question before the Treasury’s expert panel.

By this test, some items, such as milk and fruit, are not “well targeted”. However, the IEJ report argues that after taking a closer look, all items (barring mealie rice) should remain zero-rated.

This established, the report turns it attention to considering what other items should be zero-rated.

Twenty-three categories of goods and services emerge as ideal candidates for zero-rating (some categories contain more than one item). These are obtained by applying the same tests as for currently zero-rated items and by removing unhealthy items (such as sugar) or impractical ones (such as “dung bought” or specific types of spices). These items are listed in the second table.

Poultry is included because it is a major source of animal protein for poor and low-income households.

Not all forms of baby food, infants’ and children’s clothing and footwear, and textbooks and stationery, pass the primary test. However, zero-rating these items would disproportionately assist women and advance the rights of babies and children to food, dignity and education. Similarly, making sanitary towels and tampons more accessible is a national imperative, both to ensure the dignity and health of women, and because of the benefit to school enrolment.

Ensuring cheaper access to soap and medicines and medical services (limited to those in public institutions) would advance the rights to health, sanitation and dignity.

Airtime costs are also included in the list, on the understanding that a strong case can be made that access to communication and the internet is essential to participation in society, education and the labour market.

For almost all items, their inclusion in the basket of zero-rated items would make the tax mix more progressive.

Zero-rating would, of course, come at the cost of foregone VAT revenue, as shown in the table.

However, this cost, as well as the decision to impose zero-rating in the first place, should be seen in context. That context is a fall in personal income tax rates (in 1997 someone earning R1-million in 2018 rand paid an effective tax rate of 41%, by 2018 this had fallen to 31%), a decrease in the corporate income tax rate from 50% in 1990 to its 28% level today, and the significant under taxation of wealth and income derived from wealth.

The IEJ report shows that more than half of the costs of zero-rating the above items (R9.6-billion out of R17-billion) could be made up through imposing a VAT rate of 25% on a basket of luxury goods consumed by the rich. Previous submissions to Parliament show scope to significantly boost revenue from increasing corporate and income tax rates as well as imposing a net wealth tax and other taxes upon wealth.

Zero-rating is not a silver bullet and a range of interventions that assist poor and low income households – including increasing social grants, reducing transport cost and ensuring greater access to social services – must be explored. What the IEJ report shows is that zero-rating is one viable means to achieve this. DM

Dr Gilad Isaacs is an economist at Wits University and co-director of the Institute for Economic Justice.