Reflection: A Male gaze at the Women’s march 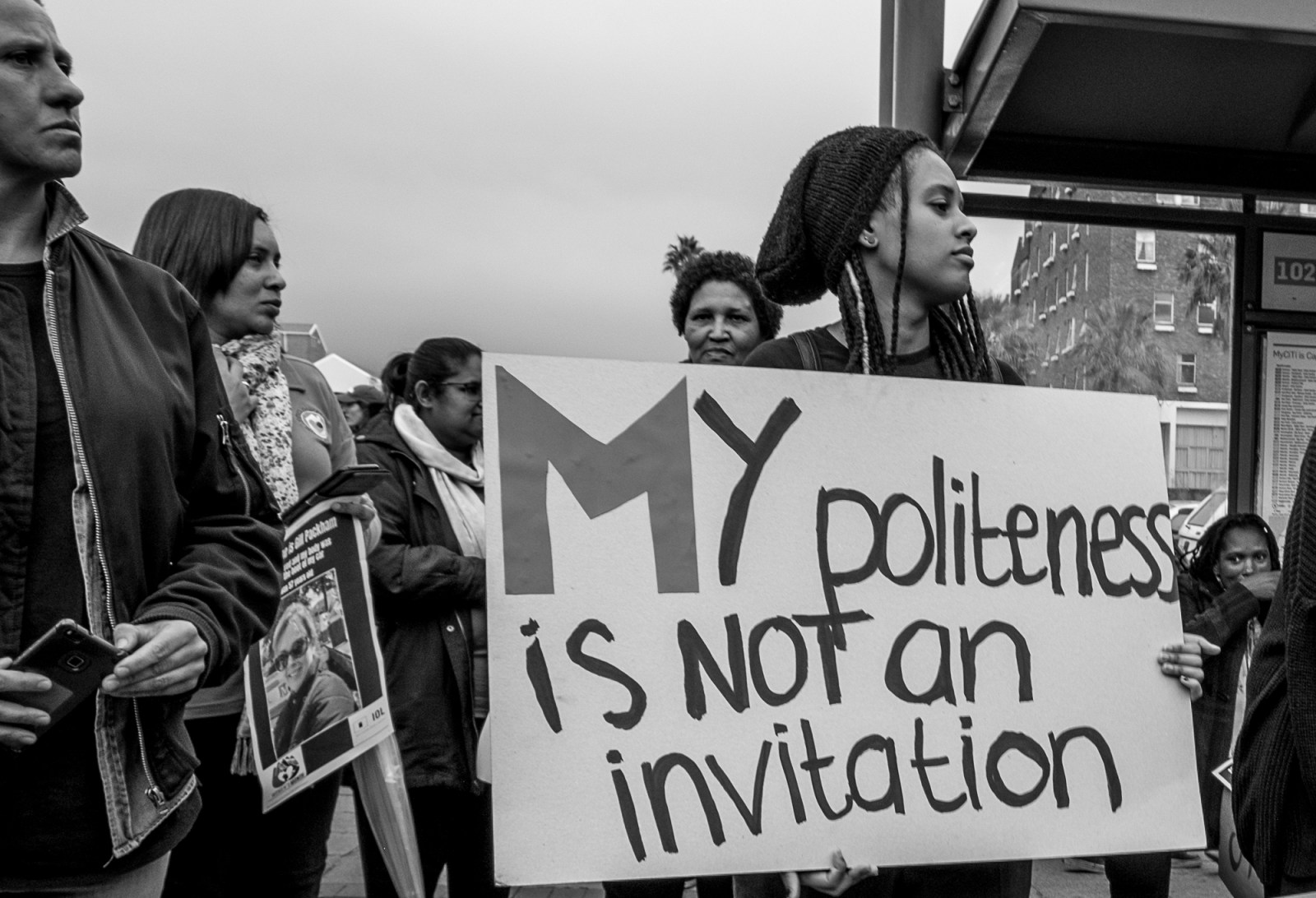 When, on 1 August, women took to the streets across the country to march against Gender Based Violence, they sought to bring to the fore an issue prevalent in society and yet still considered taboo to talk about: the systematic domination of more than half of the population by the other half.

When the burnt body of Karabo Mokoena was discovered in a open veld near Corlett Drive doused in petrol and ignited with a tyre, it sparked national outrage when it was revealed in the South Gauteng High Court that it was her boyfriend who had done it.

Women across the country started sharing their rage and their personal stories through social media and blog articles, of incidents where they have been victims of abuse and rape at the hands of men, who are strangers, lovers and friends, and even family members.

So when, on 1 August, women took to the streets across the country to march against Gender Based Violence, they sought to bring to the fore an issue prevalent in society and yet still considered taboo to talk about: the systematic domination of more than half of the population by the other half.

Rakgadi Mohlahlane, a feminist activist for Stop Gender Based Violence, which is a national campaign for a strategic plan to end violence against women, arrived early at the Union buildings early last Tuesday with Baphiwe Mangcotywa, a 27-year-old recent graduate who works as a business development consultant.

They both wanted to show other women out there that they are not alone.

Mohlahlane, considered it to be an “important activity to keep alive” and “for documenting the efforts of women” in their fight for liberation.

“It is not about looking for a particular outcome today,” she said. “This has been happening for a while and we are looking for a shift from the fight of my grandmother, at least now we are naming the incidents as femicide.”

Mohlahlane believes that everyone should take responsibility for the violence men use in every sector of society. Young men do not live in vacuum, she said, they have friends and come from a society which insists on a certain kind of narrative about women.

As I reflected on her words I realised that systems of domination seem to recreate and perpetuate themselves by convincing the Other that it is for their own good that they are being dominated.

Furthermore, it convinces the privileged, whether by race, gender or class, that it is their divine mission and a noble task to act as the provider, guardian and ultimate ruler of the less than capable ward.

Men often use the terms “weaker bodies” of women and “their emotions” as the reason they should enjoy a certain level of privilege over them. Many of the placards held up at the march took issue with the claim of a type of dress as a reason why men rape.

“We need to re-learn and re-educate,” said Mohlahlane. “We should not have to debate what does the term rape mean.”

Mangcotywa, who attended the march with Mohlahlane to show solidarity with “womxn with an x”, is familiar with the trauma that abuse can have on a person and saw it first hand when in 2012 a friend of hers was killed by an ex-partner who had been abusing her for some time. She considered her participation in the march as an act to honour her memory.

“I know the march is not going to magically eradicate the problem,” she said.

When it comes to the role men have to play in solving the issue, according to Mohlahlane, there must be a lot of empathy in unlearning. In her activist work she has seen how young men “struggle with their own toxicity”.

“When a young man kills, the first thing we do is to lock him up; instead we do not take the time to reflect on the society he comes from without letting him off the hook,” said Mohlahlane.

However, according to Macontywa, it is important to “show perpetrators that we are not going to take their sh$& any more.” Women have waited for men to “come to the table” for a long time, in order to try solve a problem that they have created and seem to benefit from.

In Mohlahlane and Macontywa I saw two generations of women grappling with the issue of men and the violence they have brought in the lives of women. And yet the younger had a sense of urgency and frustration at the fact that she too has to fight the same fight that her elder had fought in her time.

“We are good at legislating but very bad with implementation,” said Macontywa. “Our leaders suffer a paralysis in thinking and cannot sit and think of new ways to eradicate the problem.”

“People should not confuse compassion with weakness,” said Mohlahlane. There are no easy answers, she said, and we cannot use a system as a solution that does not deal with the circumstances.

It seems unless we deal with the root cause of this intractable issue – the idea that being a man is about dominating a woman – we will continue to have more incidents of gender based violence. We live in a society where men are unable to see themselves as whole human beings without a woman to subdue.

There will be another march and another attempt at a shutdown if the insidious cancer of patriarchy is not faced within men that forces so many to use violence as a means of control.

We must re-imagine a new kind of masculinity and manhood. DM